Cryptark is a 2D roguelike shooter that challenges players with boarding and neutralizing procedurally generated alien starships to earn income for their Privateering enterprise. Purchase improved equipment and weapons to tackle more dangerous targets, but be cautious as failure will result in a loss of investment and profit. The decaying alien arks will defend themselves from intruders with a wide arsenal of cyborg monstrosities, robotics, and security systems, all obstacles that must be surpassed to achieve victory, the destruction of the ship’s central System Core.

Thanks for voting and helping CRYPTARK on it's quest to become the 2022 Indie of the Year. You are now in with a chance to score some free games. Help this game secure more votes by embedding the widget (or link) we have included below on your favorite sites. 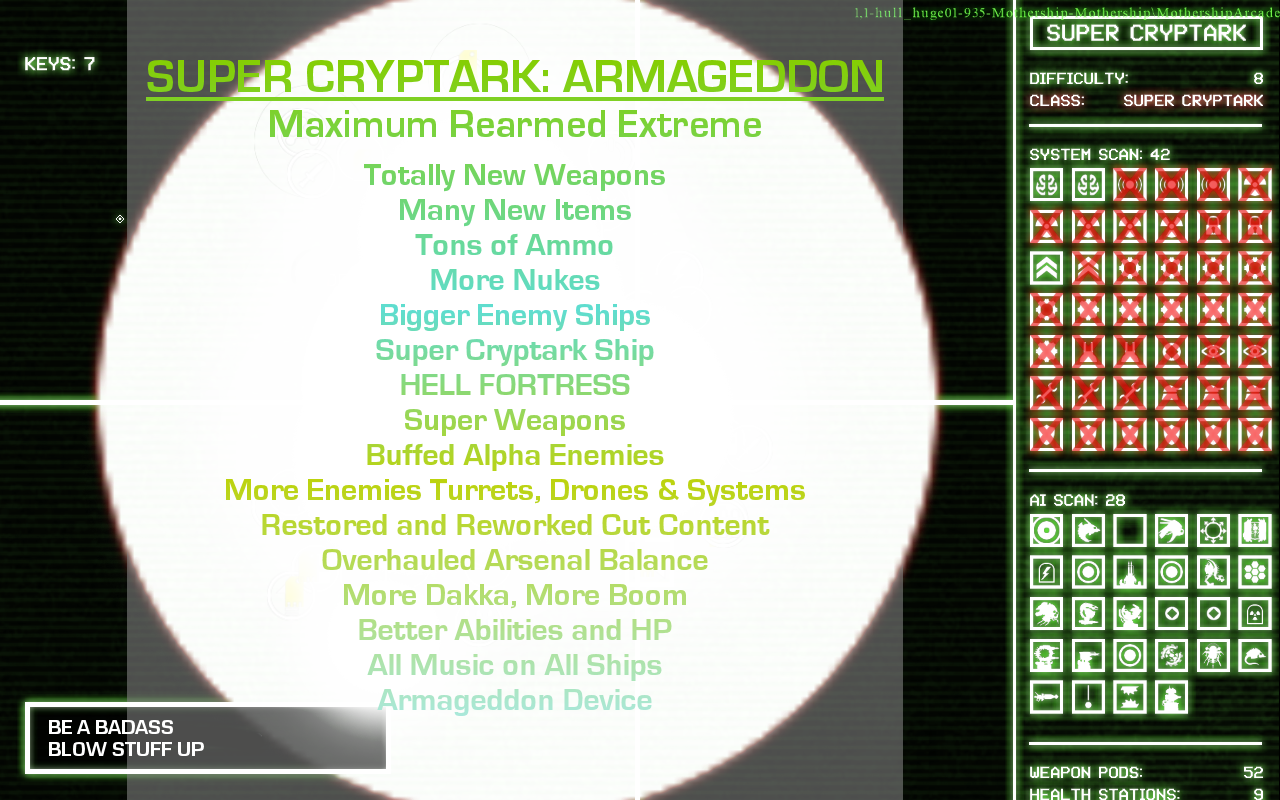 Both Rogue and Campaign modes are supported! 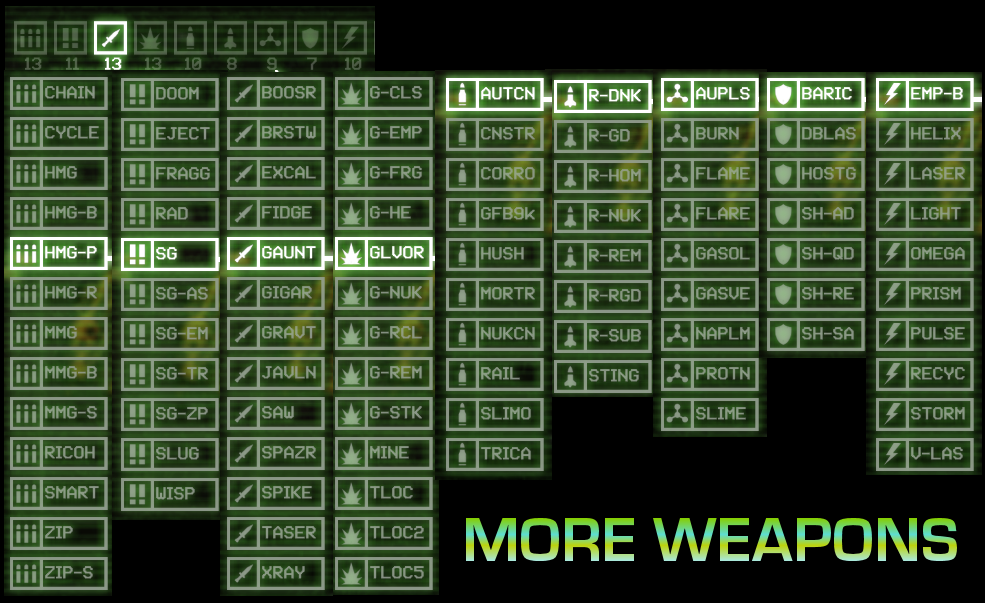 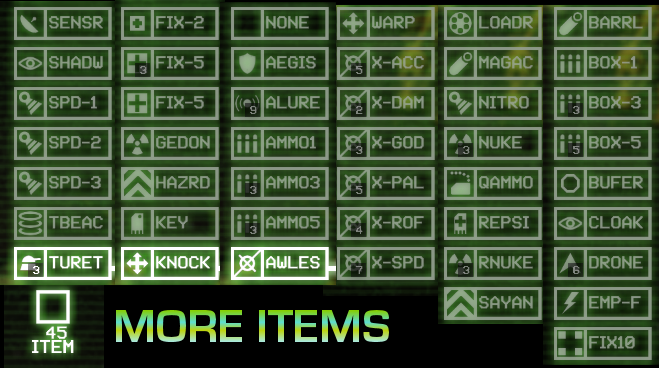 ENEMIES:
+Alpha Threat advanced enemies made much tougher!
+Various tweaks to movement speed and health of regular enemies.
+All Exosuits, Mules and Blacksuits had a weapon loadout overhaul.

SHIPS:
+Entire ship roster completely overhauled!
+Ships now have the maximum of drones and turrets they can hold!
+Exosuits, Blacksuits, Drones and Mules are now part of the regular enemies!
+New ship names, color schemes and descriptions!
+New ships are tougher, bigger and have more security systems than ever!
+Each ship was hand-crafted to have a more focused theme!
+System Count: Tiny 6, Small 9, Medium 12, Large 18, Huge 24, Cryptark 42, Hell 48!
+Tech, ammo and health stations amount increased! More loot and resupply!
+Restores and overhauls a cut-content ship, introducing the HELL FORTRESS!
+HELL FORTRESS is an optional level 5 huge ship. Tough, Deadly, Insane!
+Cryptark is now Super Cryptark. Bigger, Meaner and Rearmed!
+All music regular tracks have been enabled for all ships! (Hell Fortress and Super Cryptark still have their own music) 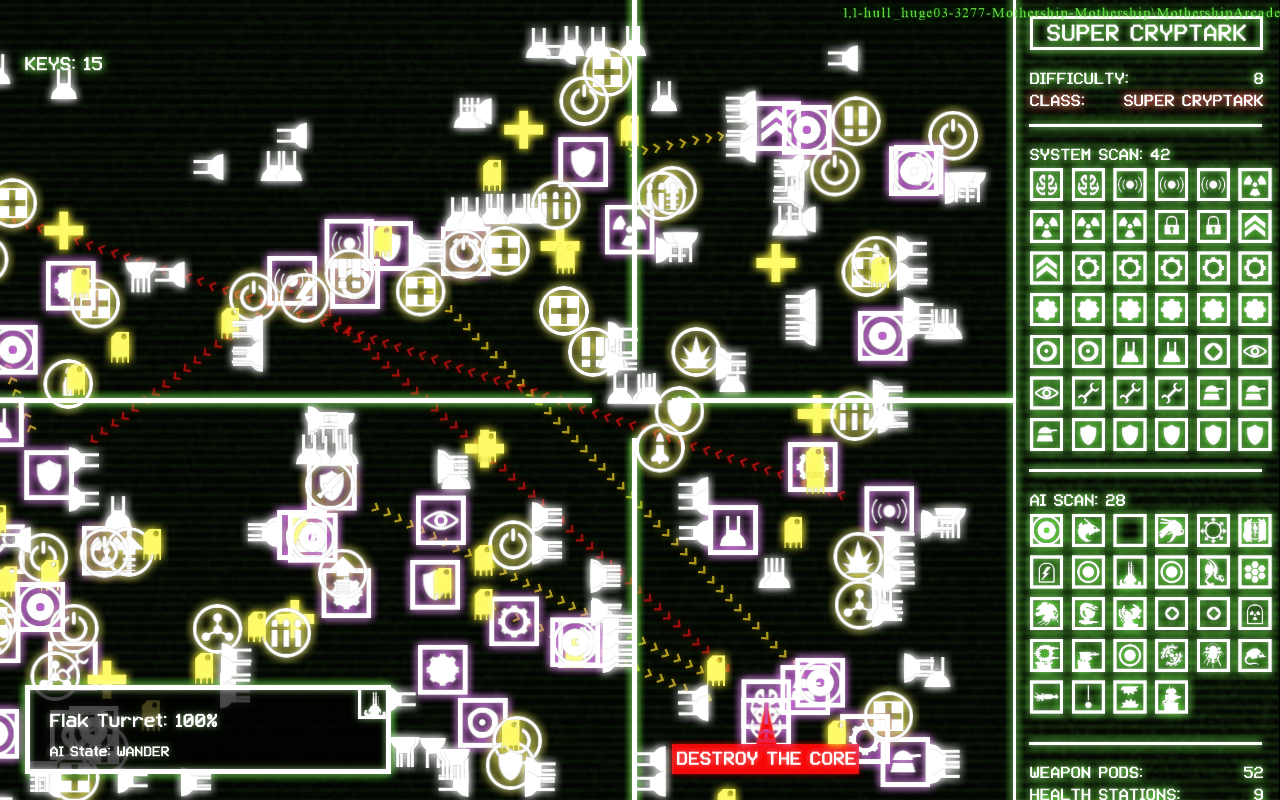 OTHER:
+Low Detail mode enabled by default, you can now see everything fully.
+If you want the advanced lighting system back, just turn off Low Detail mode in the options.
+Various hazards, effects and elements were tweaked, such as EMP, beams, projectiles, vortexes and mines.
+Player loadouts were increased with the ammo overhaul.
+Player pioneer suit health default and max values have been changed.
+Player abilities were buffed (Slomo, Cloak)
+Voice Audio was disabled (they got annoying and repetitive after replaying the game for the 8th time). Can be re-enabled in the Config-33.cfg.
+Weapon stats enabled when selecting weapons.
+Don't play the finale mission (cryptark excavation). Its not canon. 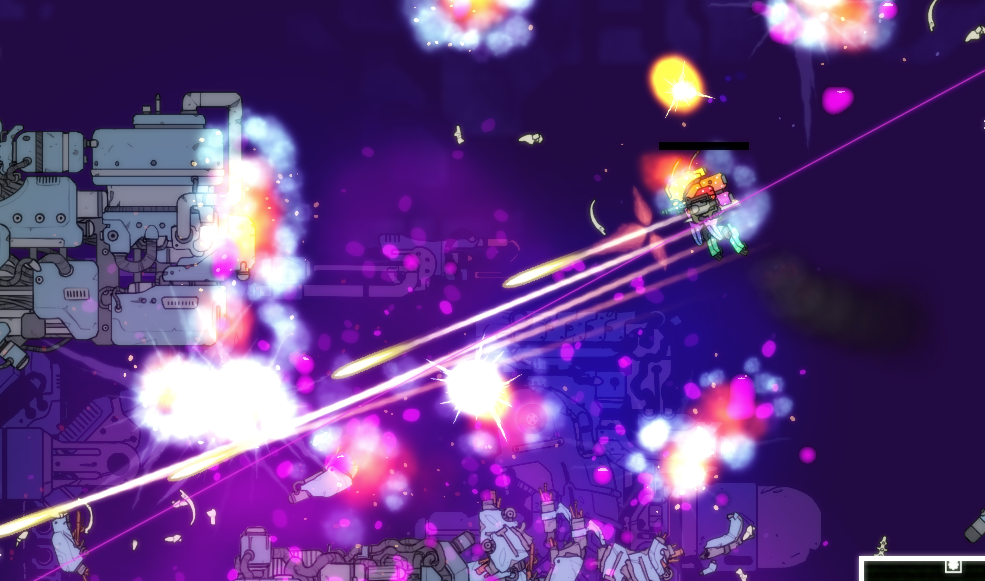 Get ready for the Armageddon! New guns, items, ship types, super weapons and more of everything! Especially nukes.