A.D. 633: Rise of Islam has been updated for the latest version of Crusader Kings II. Download now to play and enjoy new features! 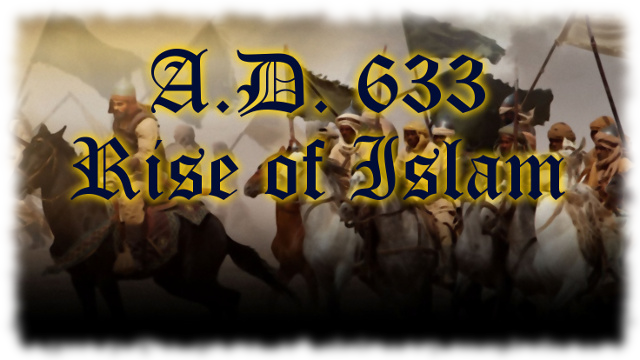 A.D. 633: Rise of Islam has been updated to version 3.1, to be compatible with the latest version of Crusader Kings II (v3.1.x, Great Works). In addition, a few new features and fixes are included:

Nineteen totally new patterns of coats of arms have been added for the Mazdan religions, doubling the count from the base game. Hopefully this will ensure that there aren't any duplicate coats of arms among the many Zoroastrian and other Mazdan characters on the map in the A.D. 633 start date.

One historical thing that previous versions of the mod ignored was the Ridda Wars. Those were mostly over by the mod's start date, but there were still a few false prophets out there making trouble for the Caliph. In order to simulate that somewhat, I've added an event chain to randomly have a heretic false prophet appear some time in the first few years of the game. The heresy will use one of the early Islamic heresy names, instead of the Zikri religion (which didn't actually exist in the game's timeline). 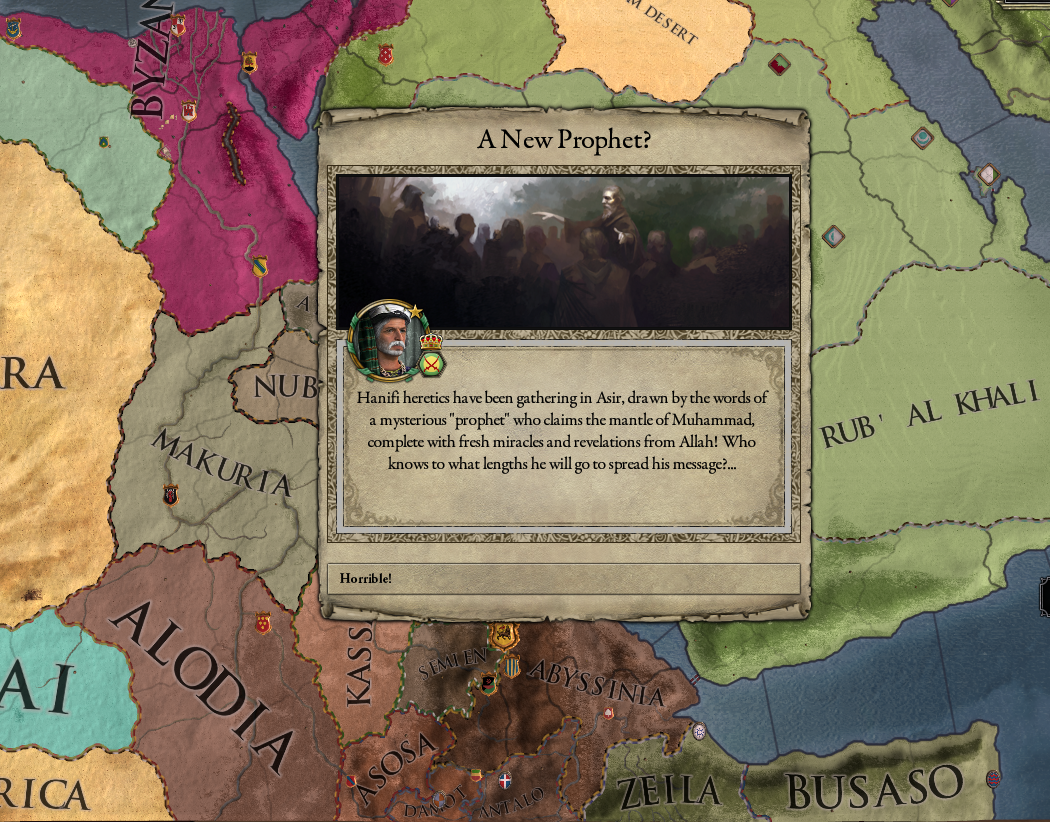 Hanifi heretics are gathering, guided by their shadowy prophet

Also in Arabia, several Nestorian, Monophysite, and Jewish provinces have been added, in keeping with the historical religious fragmentation of the early medieval Arabian peninsula. No Arabic pagans (at least not in this version), since historically they were conquered and converted by Islam so astonishingly fast that they're never really heard from again. Arabia is still majority Islamic to reflect that fact. 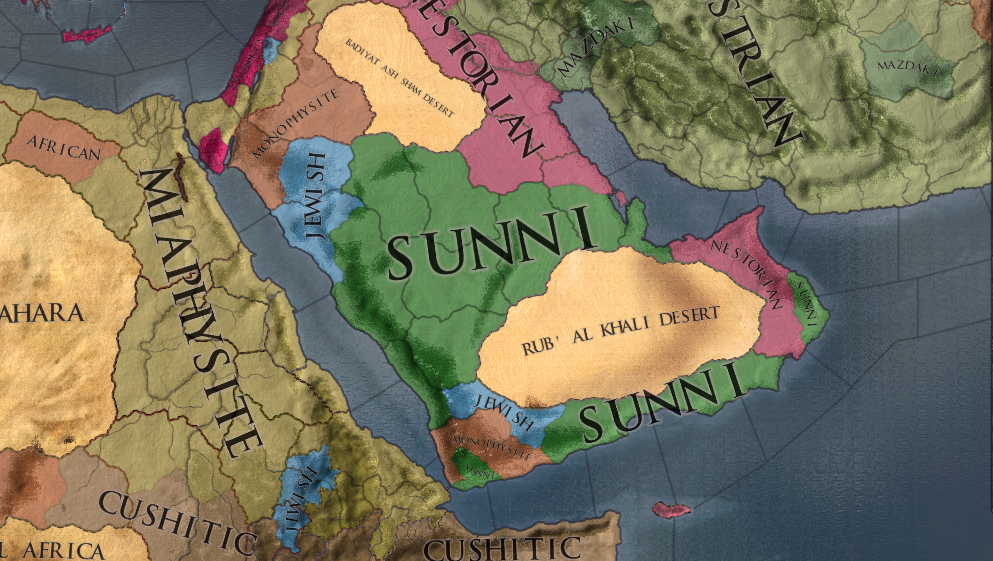 As sort of a curiosity, I added the dynasty tree of the old Kings of Himyar (Jewish rulers of Yemen), including their historical patrilineal descendant (although a different dynasty) existing as a Sheikh in Zabid.

There's also a few bugfixes included in the update; go to the download file's page for a list.