The planet Corsarion has been said to have wealth beyond anyone’s wildest dreams. Where precious metals literally burst from the ground. It was a place only in fairy tales… that is until a group of astronomers finally located it using a breakthrough technology. People flocked to the new planet in search of wealth, while many huge companies chose to send automated resource collecting robots, implanted with the latest in artificial intelligence, to gather riches for them. Unfortunately along the way, one poor robot’s ship was attacked, and crash landed, and is now stranded with no way home…

Get ready to explore the breathtaking planet of Corsarion! Mine for precious metals and other treasure, help out the eccentric inhabitants, buy cool upgrades and customization items, and unravel the mysteries of Corsarion. All in 3D, all right in your browser. Coming very soon!

Deeply apologize for our long silence. We kinda don’t have a permanent 3D artist anymore, so recent development for CC has been focused on bug fixes and optimizations. Development may be a bit slower than before, but we are still steadily moving forward! 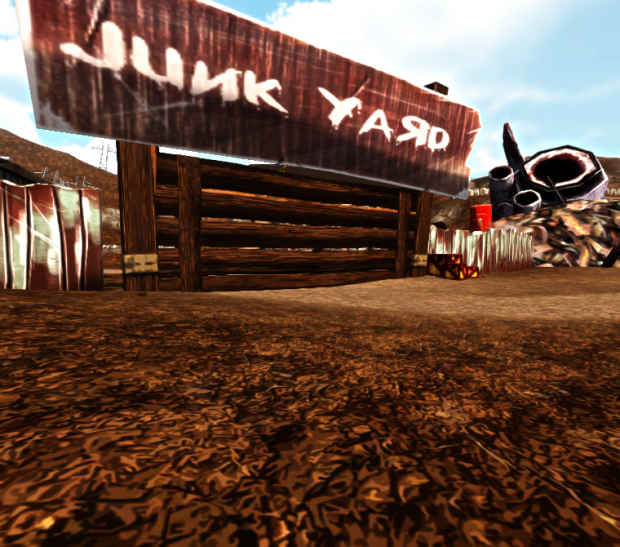 CC is continuing to go through its texture overhaul, and I’ve uploaded two more screenshots of the Junkyard this update. Updates will unfortunately be fewer, well, fewer than before, but more than now. That is to say, we’ll probably have monthly, instead of weekly, updates until we get a permanent 3D artist.

On a hugely lighter note, we’re ready to introduce Amoeboids! Check it out on indieDB here, on our website, or facebook.

Some new grass textures and some bug fixes later...

Character customization items are ready to rock! Lots of different kinds of equip-able accessories to tickle your fancy!

The textures, like thunderising said, used to be pretty low detail. However, with the new updated textures, we hope you all agree that they look much more clean and vibrant! ^_^

Wow, and having gone to the official website where you can get a closer look at the textures, they actually look quite good. I like the vibrant, colorful style.

Thanks very much, glad you like!
I hope to be able to soon upload pics of the next updated area - the Mountain Path :)

The terrain textures are too low quality

Flashy textures do not a good game make. The concept, features, and open world setting sound like fun to me! Tracking.