There is a new version of computer tycoon on Steam. Also, check out what the future will bring to us!

Nope, unfortunately, that's still not the big update I wanted to post. I had a good progress in the last weeks, but still, I'm not done with it. Basically, the tech tree works fine, but I had to re-adjust hardware property points and further polish the hardware design system. I won't lie, it is hard - but I really hope that the result will be a much better, more interesting game.

But I didn't want to give you nothing - yet again. That's why I made a small update for you even if it means double work on my side to migrate it into the development version as well.

Now, let me show you some pictures about the development version - SO AGAIN, NOT FROM THE CURRENTLY available version. Just to show you some progress.

For example here, you can see the tech tree as I've added a line of texts to the queue. Simply by choosing a tech in the future and clicking on the "add to queue" button adds all the required techs in a correct order. Also, if I remove a given tech, it will remove all its dependencies from the queue - making the research planning much easier.
Remember that you can zoom in and out in-game. 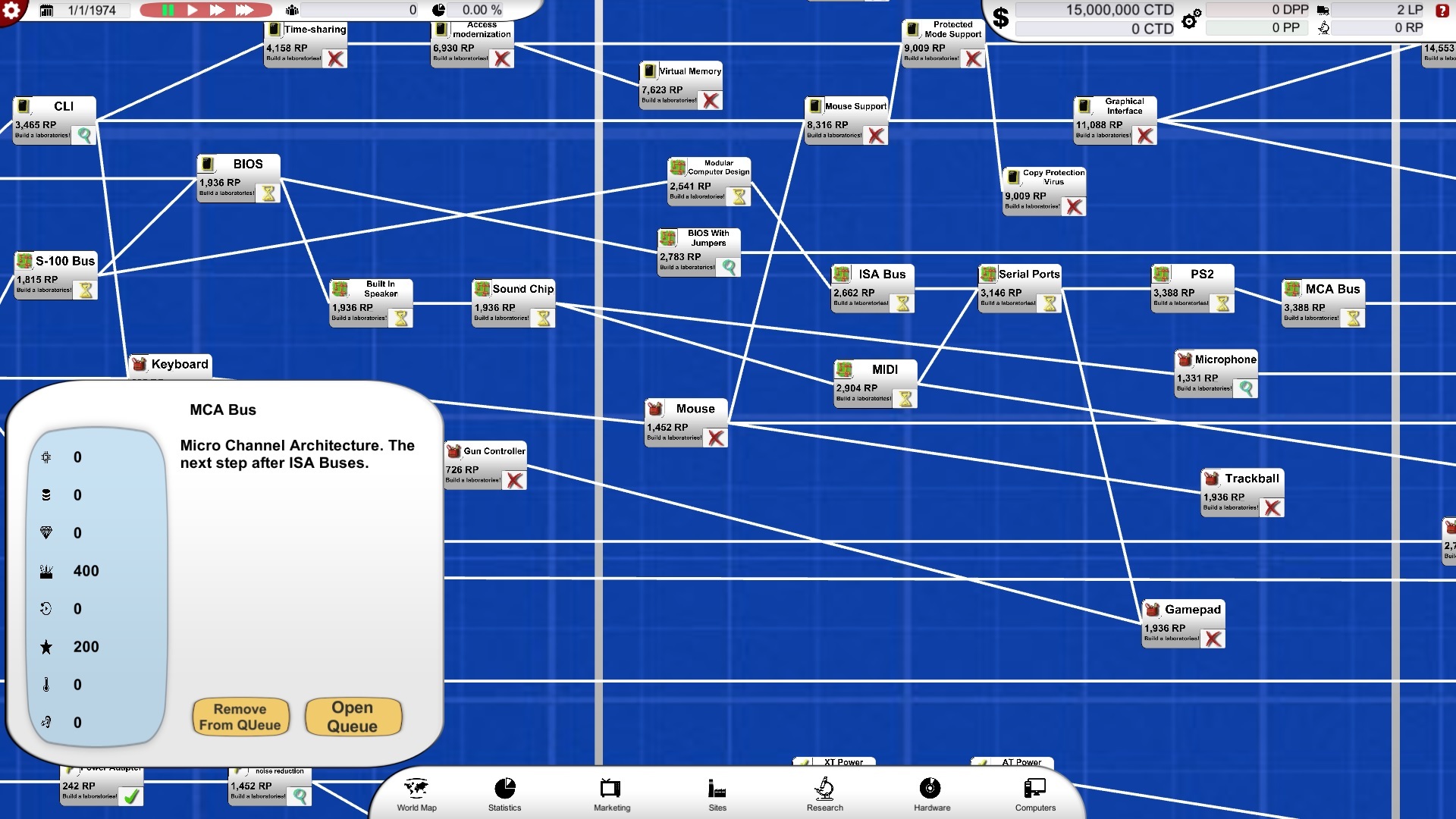 Here you can see the new Tech Queue. Do you see how all the techs required are on the bottom list? Earlier it wasn't possible to add techs which were not available right NOW, so you had to wait until its direct requirement is yours. Now from the tech tree, you can plan into the future.

Also, see how the queue got filter options. If you prefer picking the techs one by one, then it is going to be very helpful in selecting the ones you need the most. 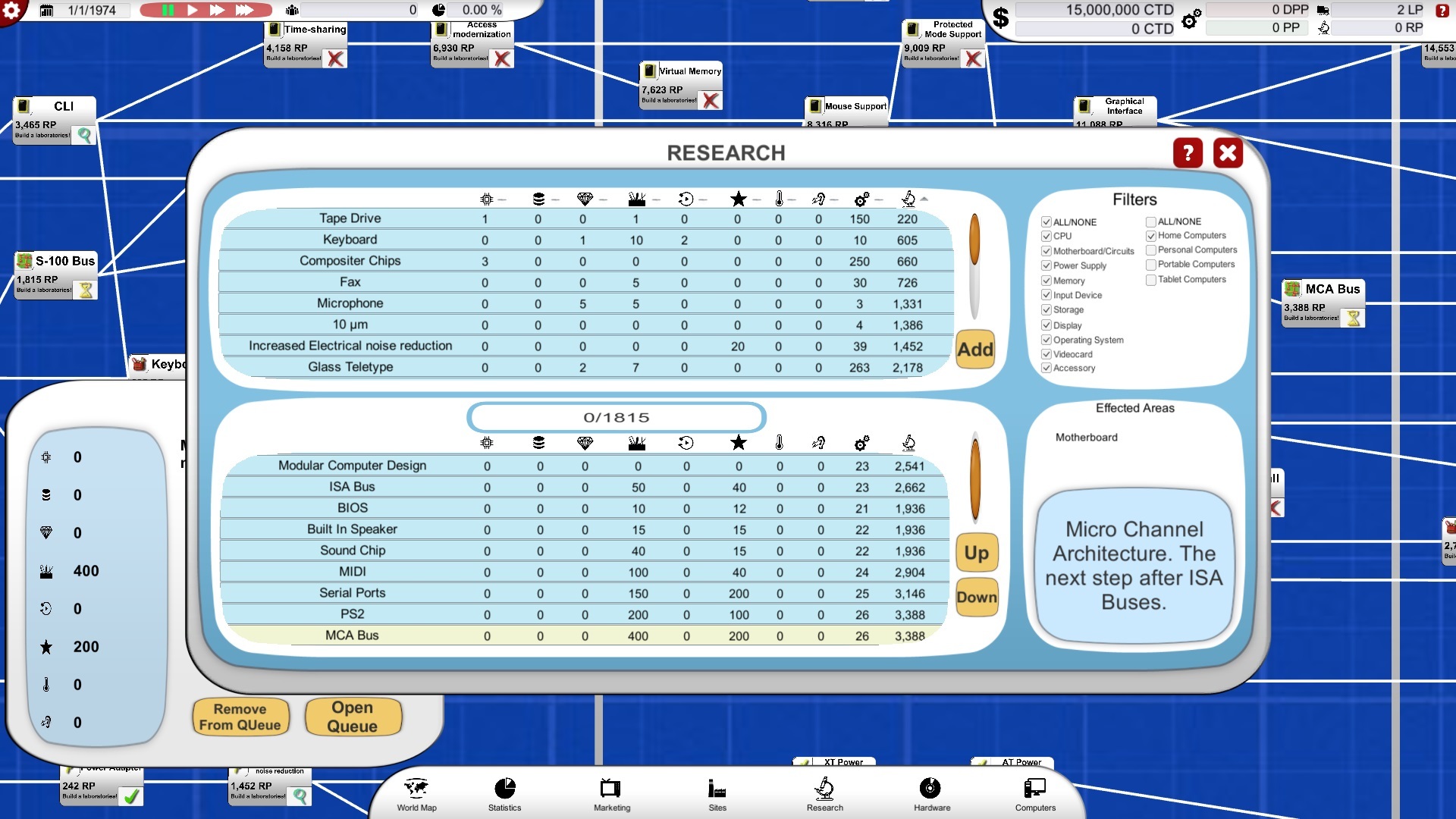 And here is a hardware design screen, the CPU. You can see the new heat metric and the other options. In the future you will be able to set the cache, overclocking and frequency separately according to the Roadmap of the game.
Also, now I will include a real production price metric shown in CTD as well, next to the PP value. The algorithm behind the CTD value gets your average cost per PP and multiplies it with the given PP value needed to produce the hardware element. 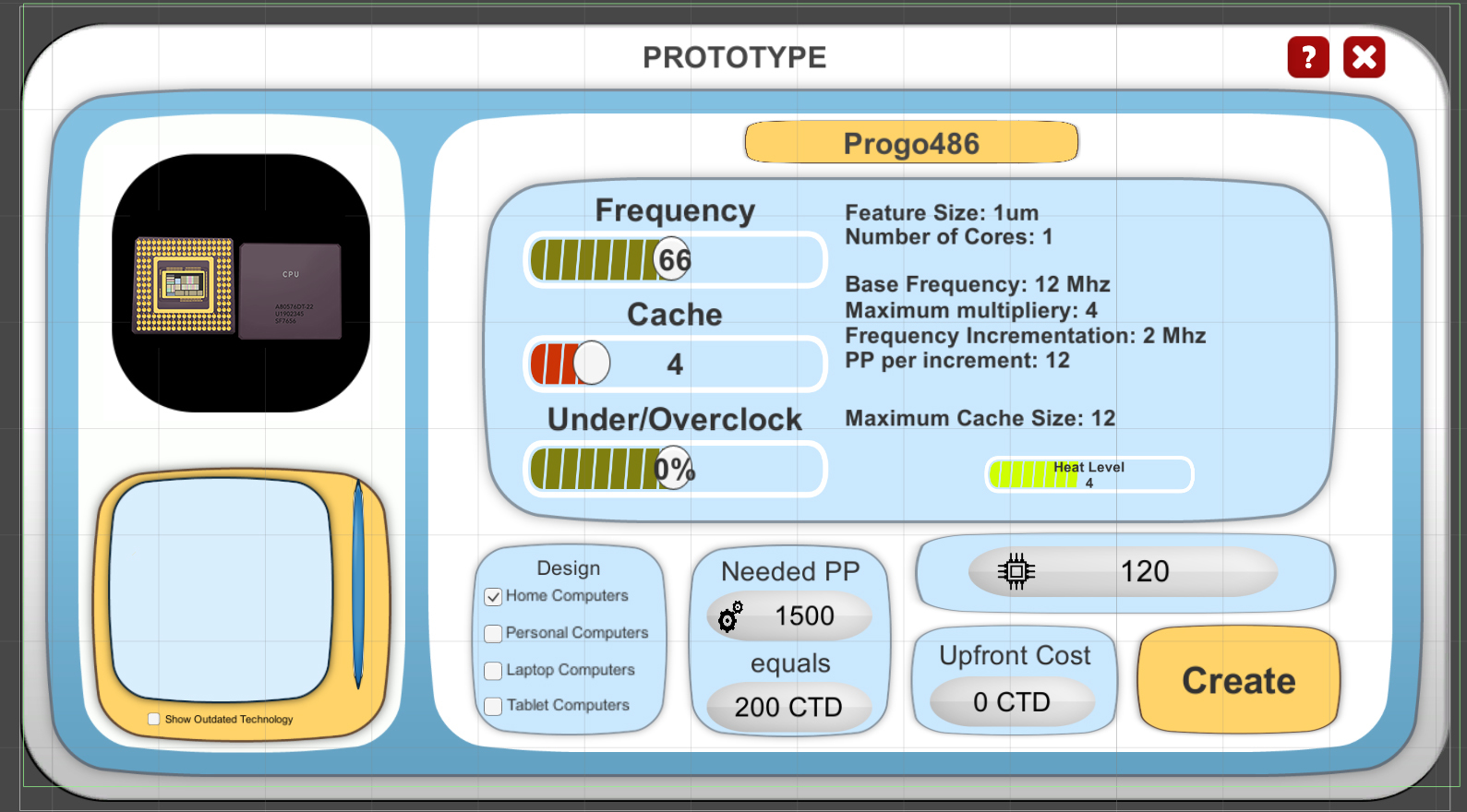 I hope you will enjoy the small update! I'm sorry that I'm not done with the big update, I'm really trying hard! 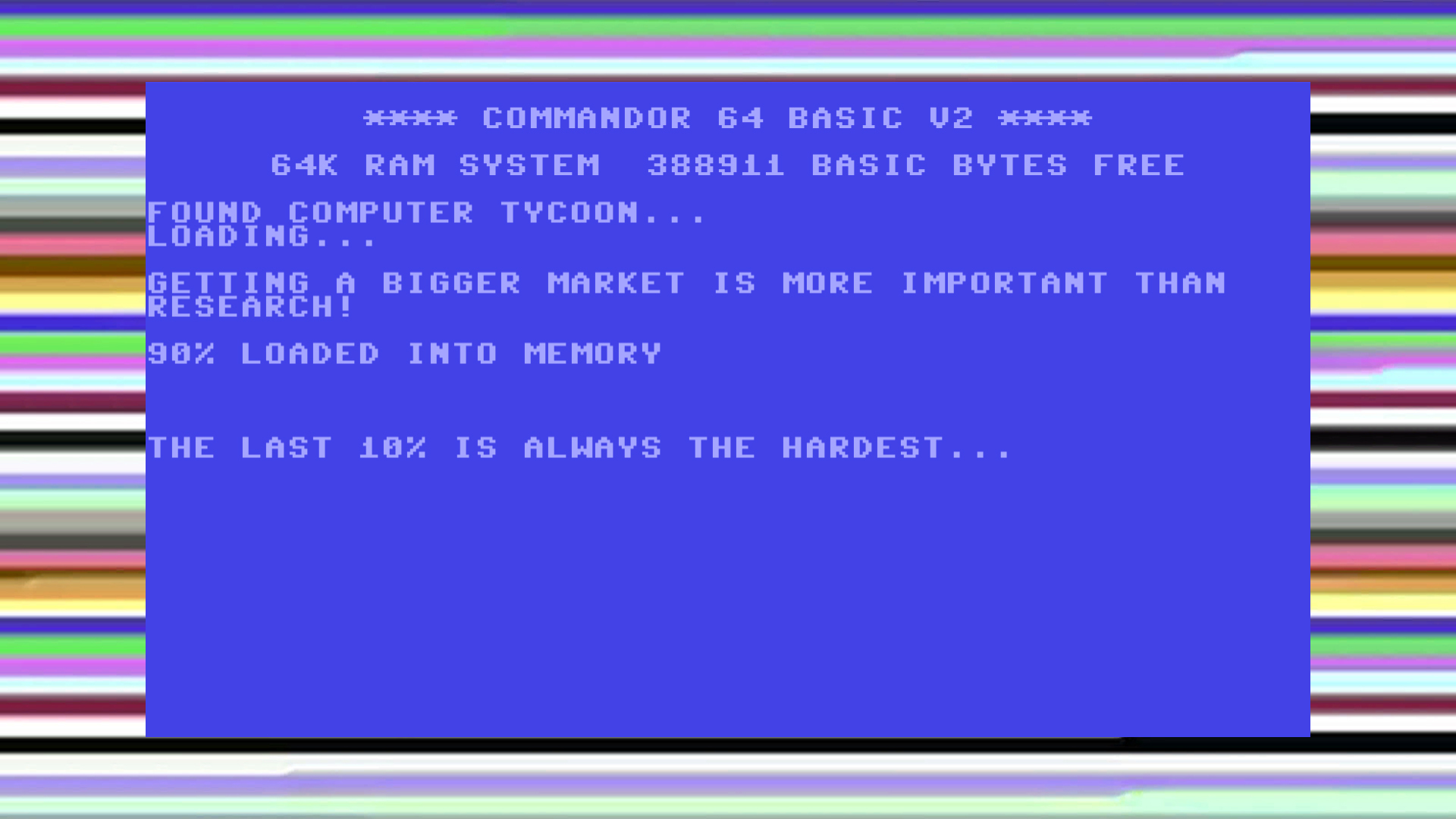 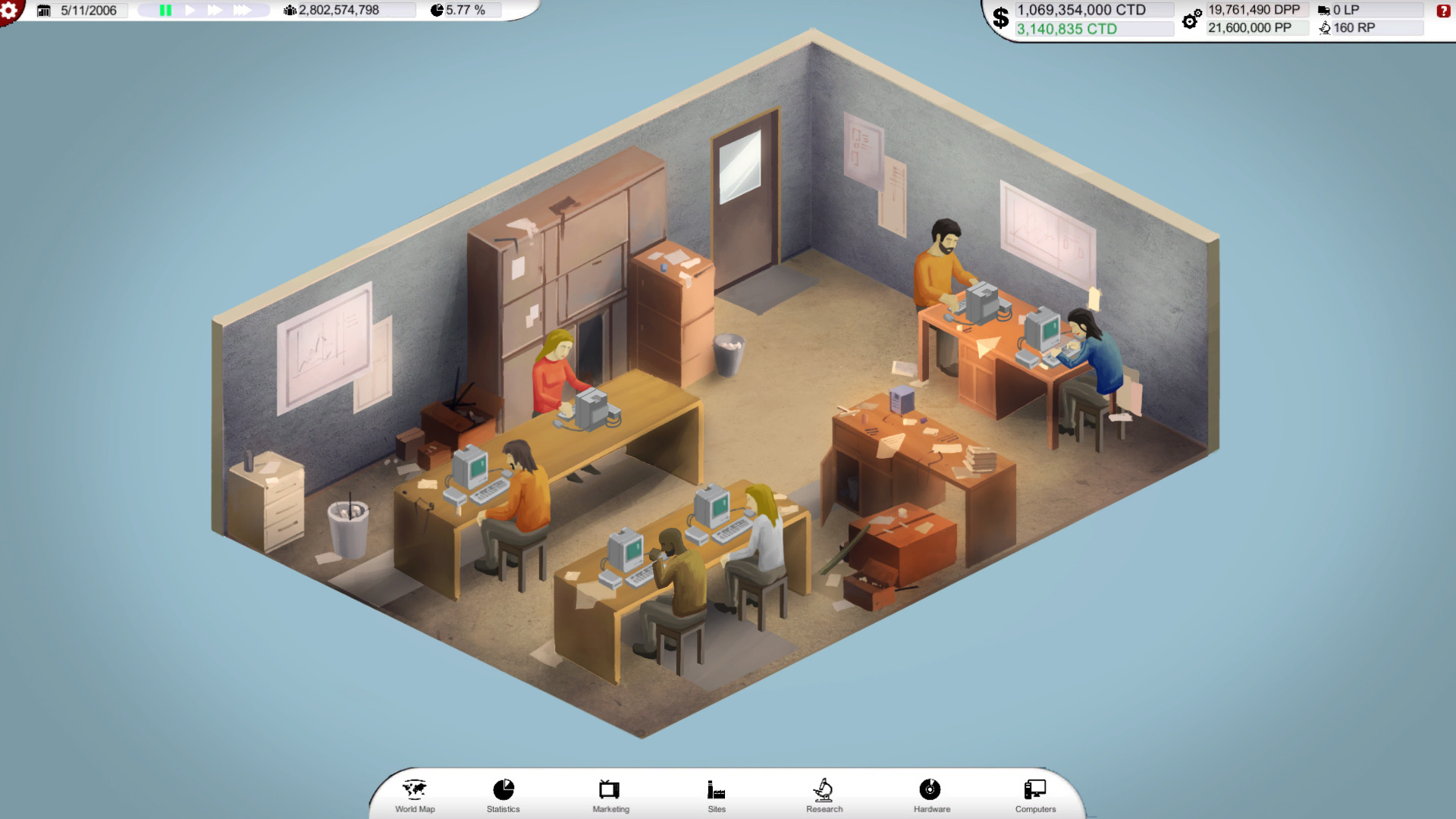 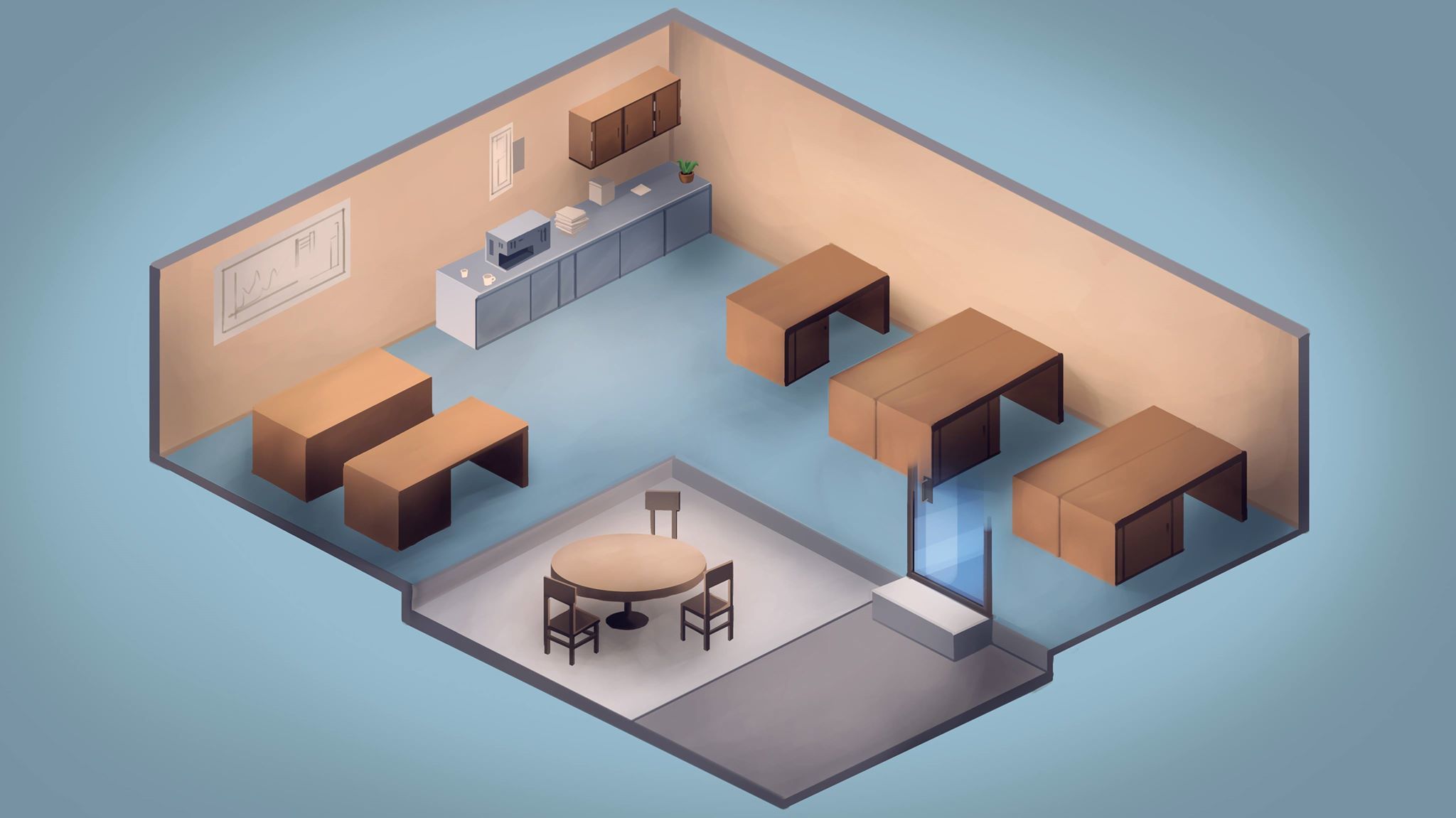 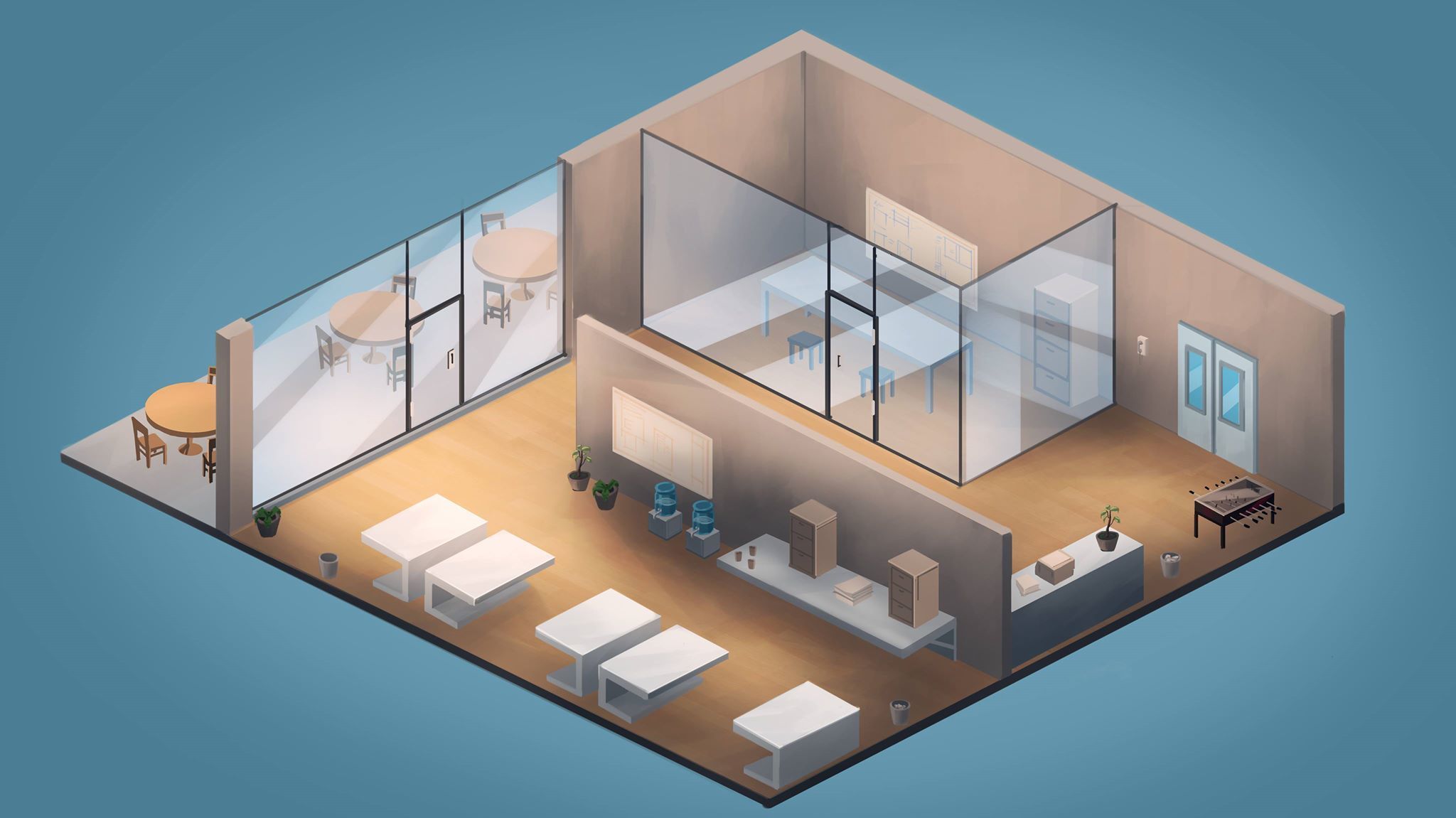 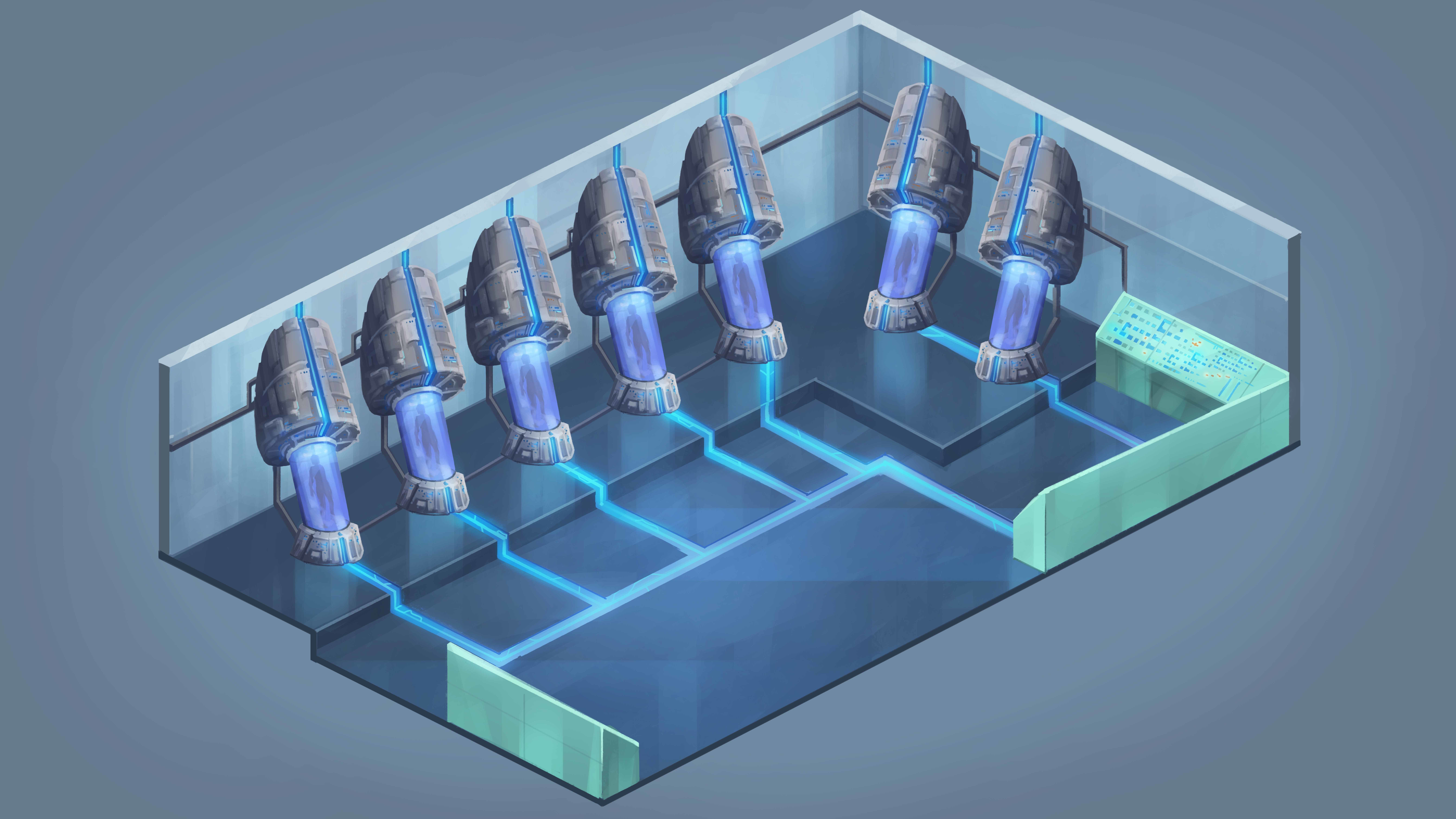