Castle Torgeath: Descent into Darkness is a unique blend of action, RPG, and survival in a 3D dungeon environment. Trapped in the dungeons of an ancient castle, you must scavenge for supplies, avoid traps, combat your foes, and confront the sinister threat that lurks within. As you try to find your way out of the dungeon, you will uncover the dark fate that befell its inhabitants.

Castle Torgeath was influenced by such games as King’s Field and Hexen and aims to maintain a silent and eerie ambiance. We’ve combined elements from past dungeon games along with a small brush of horror and our own design to bring you an intriguing dungeon adventure.

Check us out at: Dungeoneeringstudios.com

In this release, we have added health and mana regeneration and made combat improvements. A while after you are done fighting with enemies or have dealt with a trap your health will regenerate up to 70% and mana up to 15% fairly quickly and then at a much slower rate. You can still find and use health and mana potions to get yourself to full strength right away. We also made changes to how enemies move when they are following and/or attacking you. Finally, we rebalanced combat slightly including a reduction in how often the morph fog reanimates killed enemies. Check out our Steam Stats Guide for more details.

Here is a picture of the Level 6 Alchemy Lab Treasure Room: 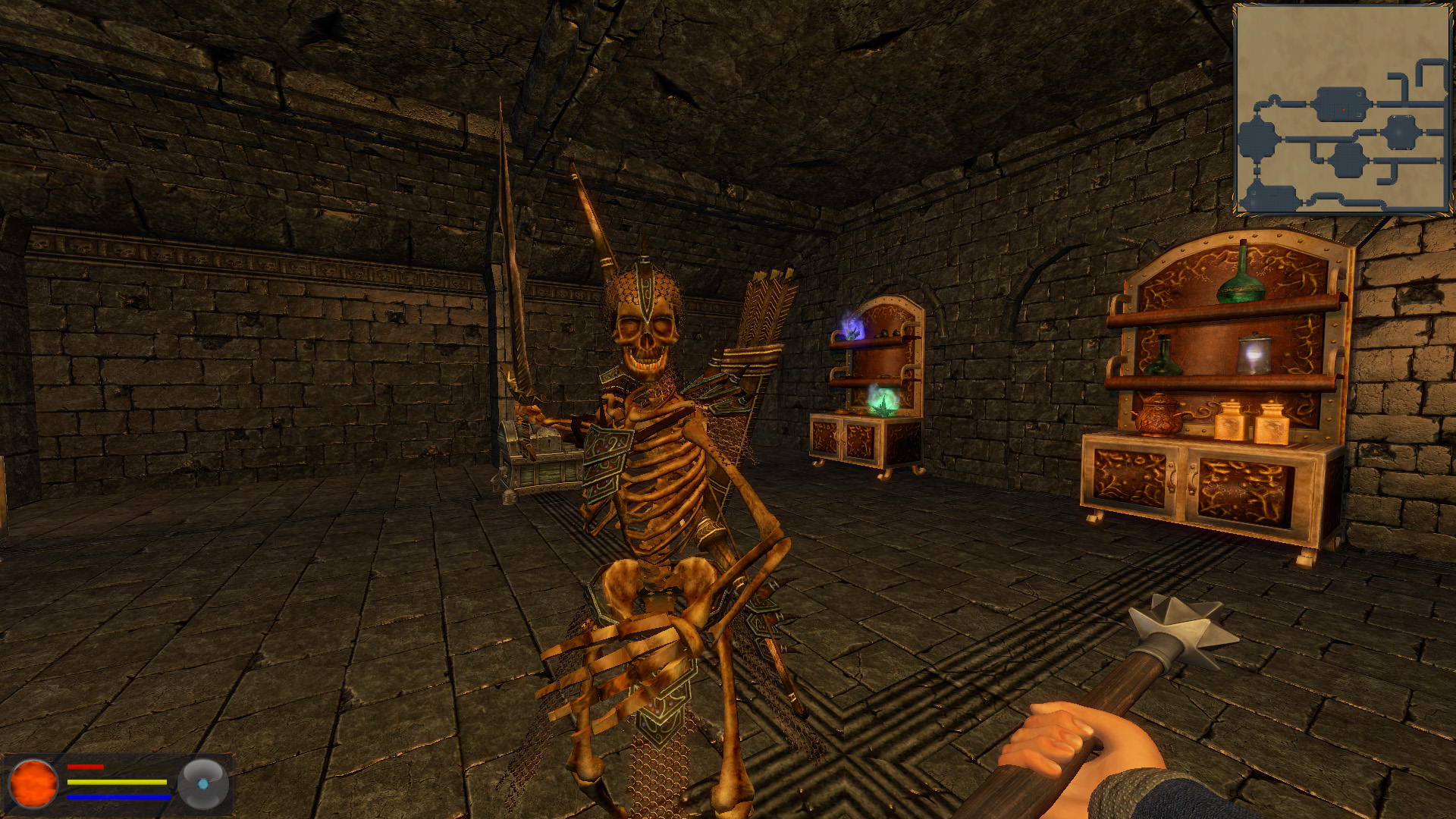 Enjoy the game and let us know what you think!

In this release, we have added new art and updated scenery throughout the game.

In this release, we added tooltips, tutorial tips, and enemy drops.

In this release, we made improvements to melee combat both for the player as well as how the enemies operate. The player animations have been reworked...

In this release we made several changes to the player and the enemies to improve combat and game feel.