A young giant called Sol goes on an adventure to stop an evil necromancer!
On his journey, Sol gains new powers and grows in size to battle even bigger threats.

Solarblade is a top-down Zelda-like, with 2D and 3D elements. The protagonist, Sol, is a young Kewtian (a species of giant beings) and the future Sun God. Throughout the game he learns new abilities and powers, allowing him to solve puzzles, explore, and battle in different ways.
As a Kewtian, Sol also grows in size over the course of his adventure, making him bigger and allowing him to fight giant monsters.

You can find me and more of my work on Twitter: Twitter.com
If you want, you can also join our Discord server! It has even more updates, and you'll see things earlier than anywhere else: Discordapp.com

Hi! Been a while since the last update, but during that time some stuff has been done.
I'll try get right into what's new.

First, I finished up more animations for Sol! These include versions for both his outfits.

I also have a new character for the game: A plushie called Karo. Sol brings him along on the adventure, and he'll most likely be a sort of companion character. 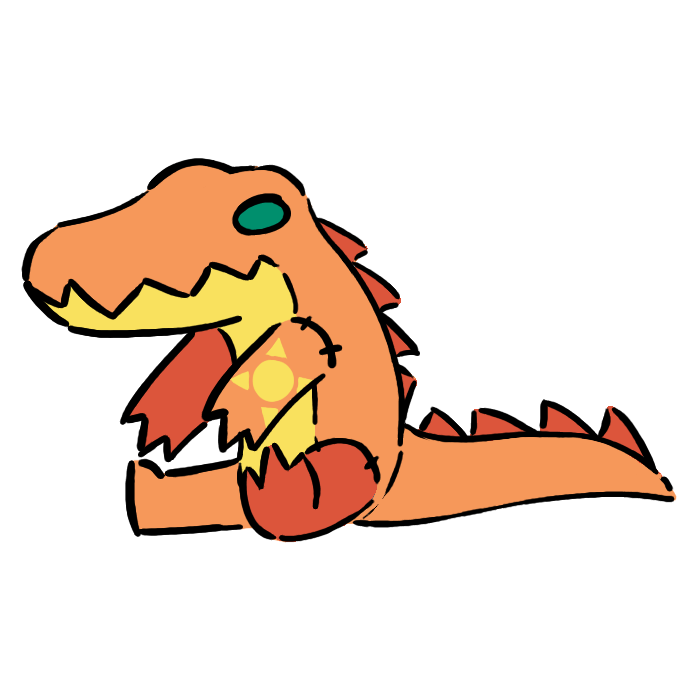 Karo also has a sprite, and I did a bit more on the intro of the game. Early on before going on his adventure, Sol gets his stuff from his room:

Like I mentioned, I also did more on the intro. This has slowed down a little bit and it isn't really complete yet, but I did mess more with some parts: 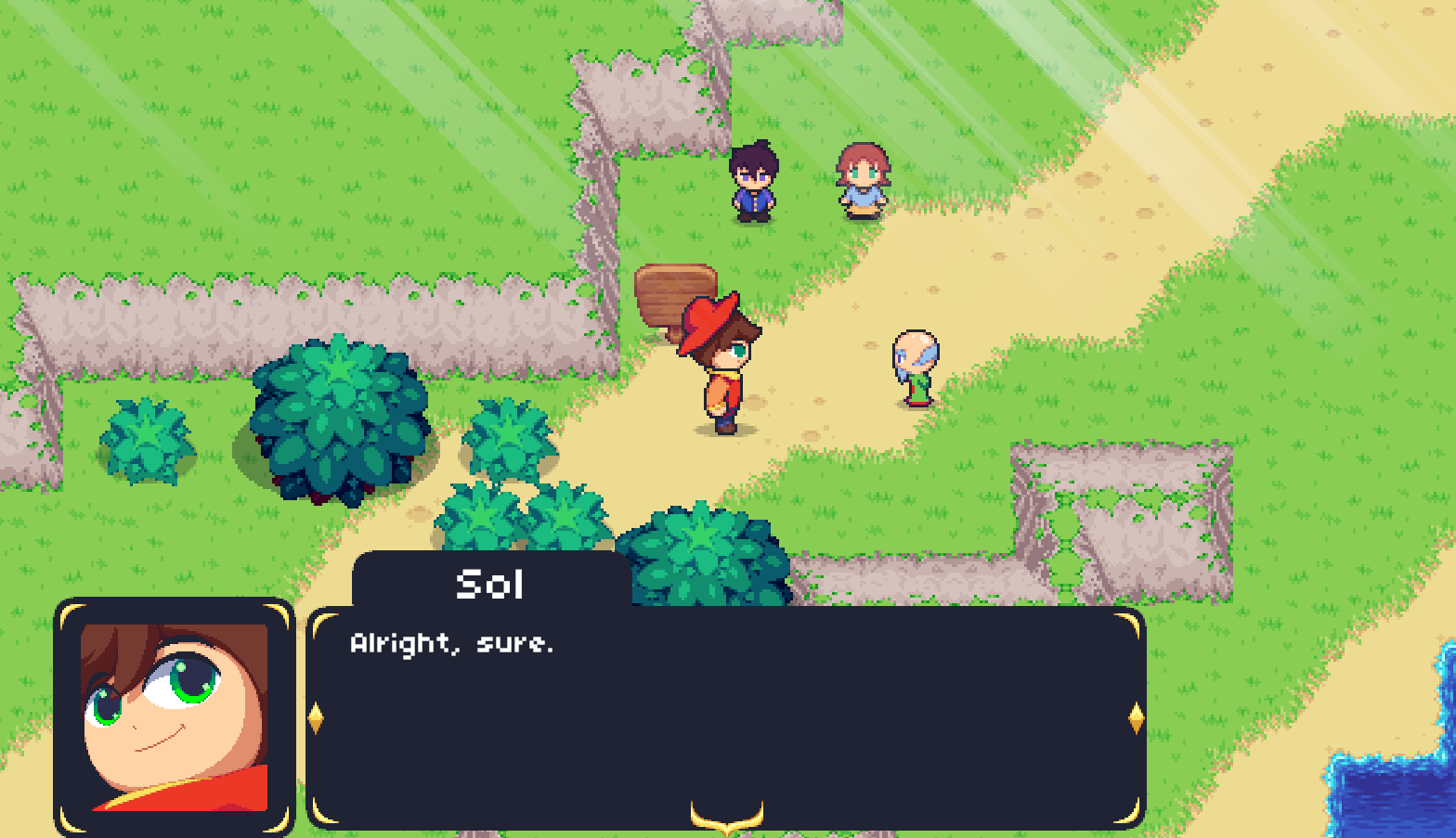 Most of the first half of the intro (at least) is entirely functional. I'm aiming for a fairly short intro to avoid the game having a boring and/or slow start, to try and get right to the point.
There are one or two opportunities for the player to explore a little in the middle of the intro sequence if they want to do that as well. And after the intro, the player is able to freely start exploring, since exploration is a very important part of Solarblade.

Anyway, I also finally started on a new version of the main city; Calia! It has some 3D houses and a bunch of new tiles and details. 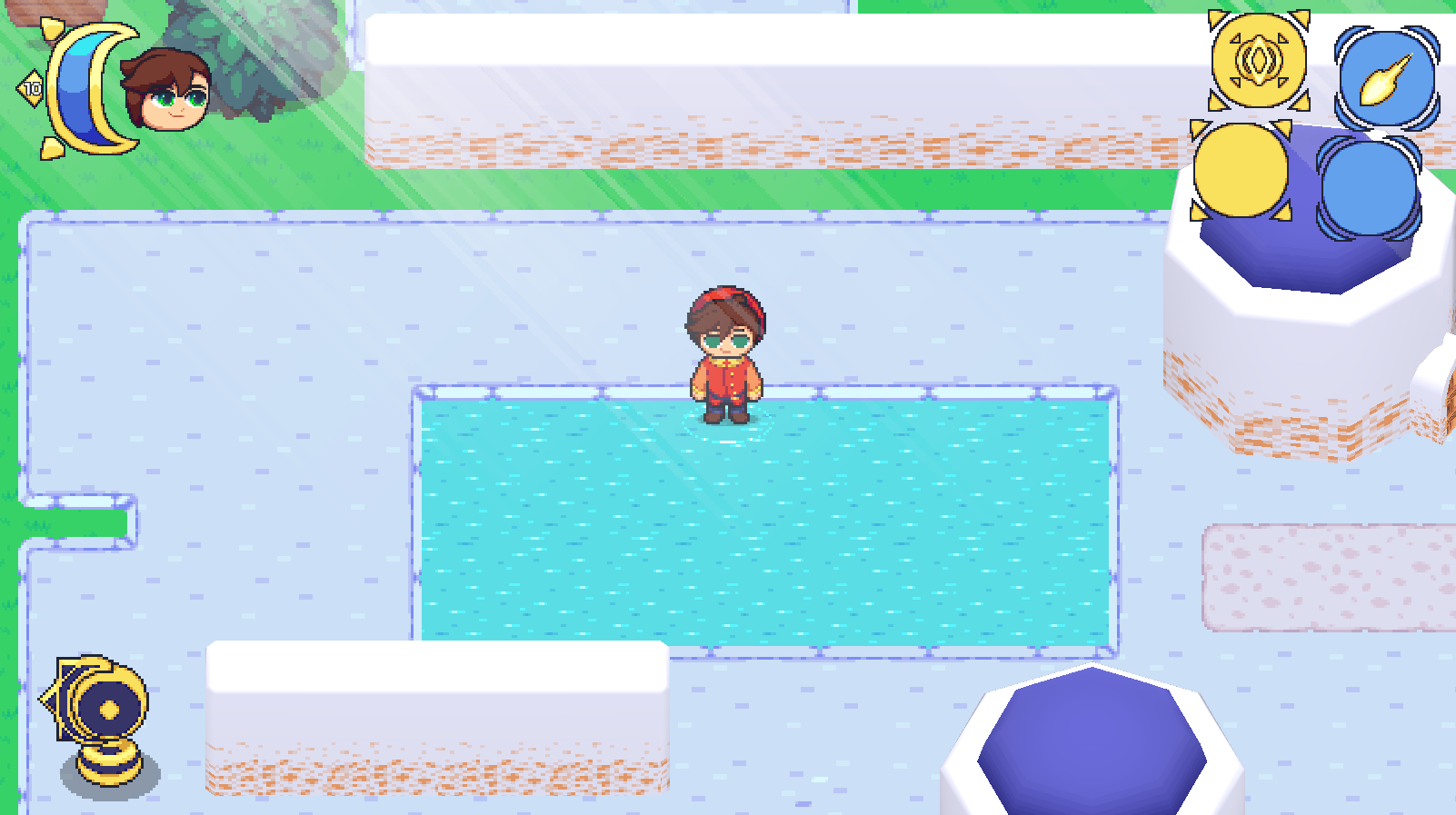 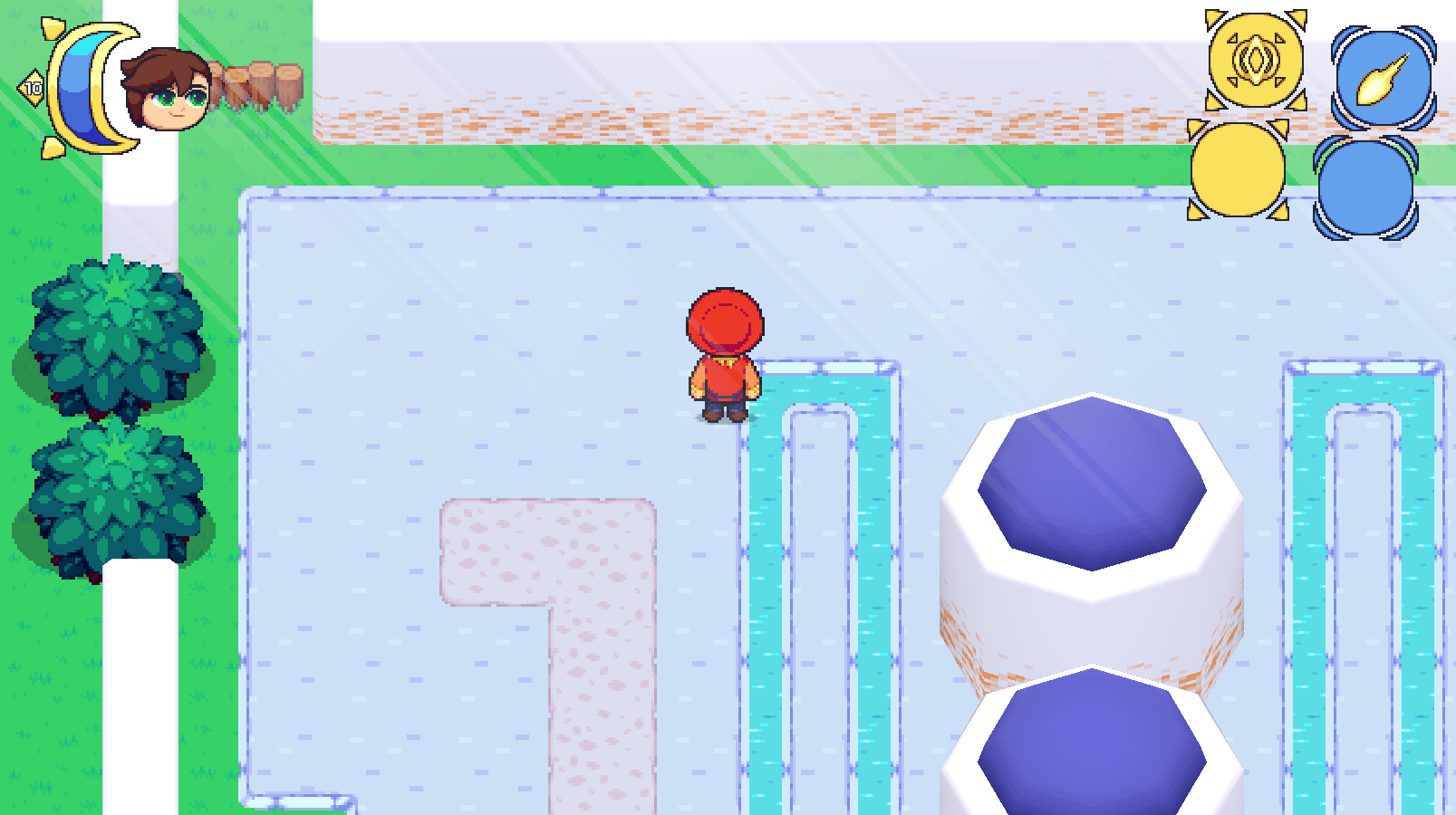 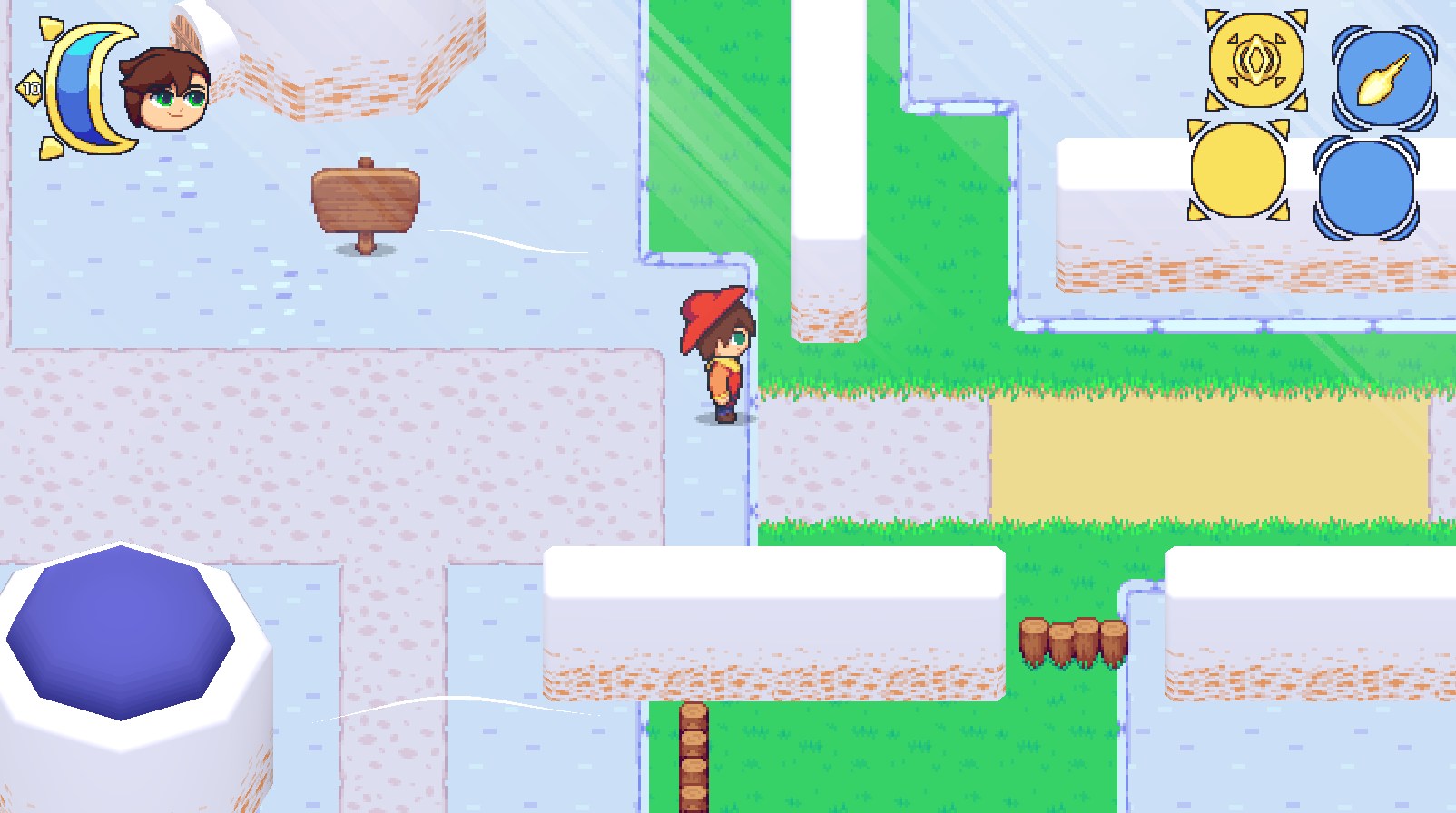 I also finally got started on new mugshots/portraits for the game! Previously only Sol had a few of these, and they were pretty old. So I've made new ones, which include a ton of expressions for Sol, and some mugshots for other characters (some of which also have many expressions, such as Tiel). Most of them arent shown here, but it's still some of them: 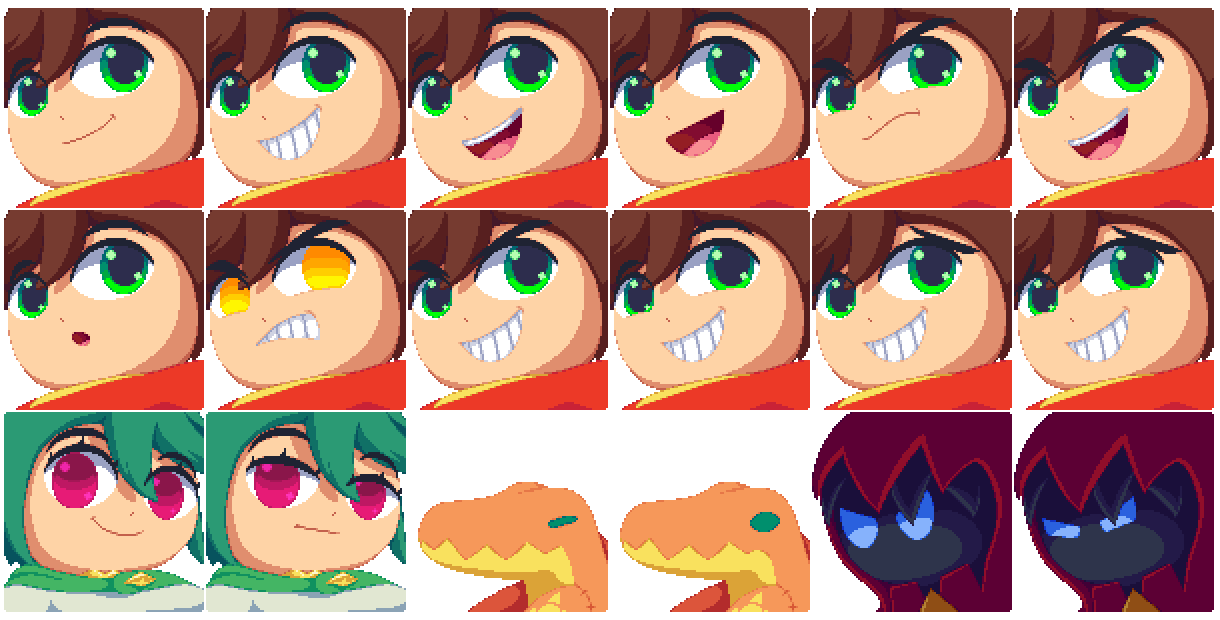 Now for something a little different: The game is going to have some 3D parts in it, so Sol also needs a model. I've slowly made one for him over time, and its just about ready for use. Not only that, but I also finalized the rigging (so that it can be animated), and implemented IK (so that his feet properly follow the ground).
Particularly IK is very new for me, as I haven't used it before... So it was a bit difficult to implement and figure out, but I like the result! 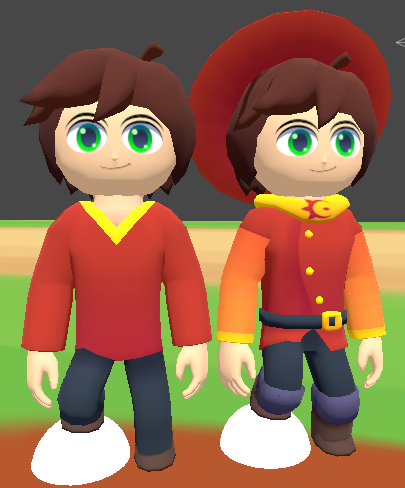 I also created a brand new tileset, as I had one somewhat productive day a bit back. It will be useful later on, since I intend a part of the game to feature lots of fire and lava: 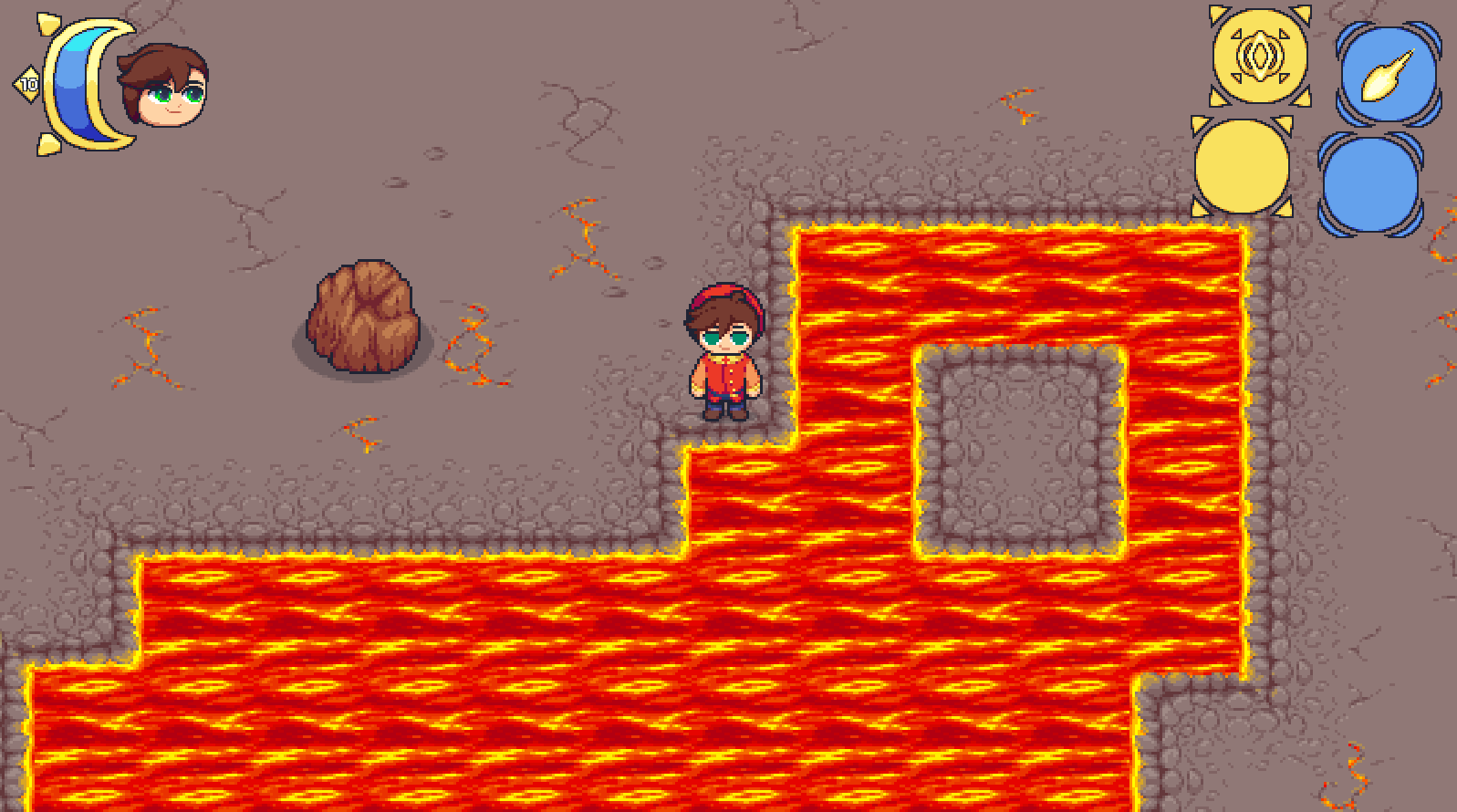 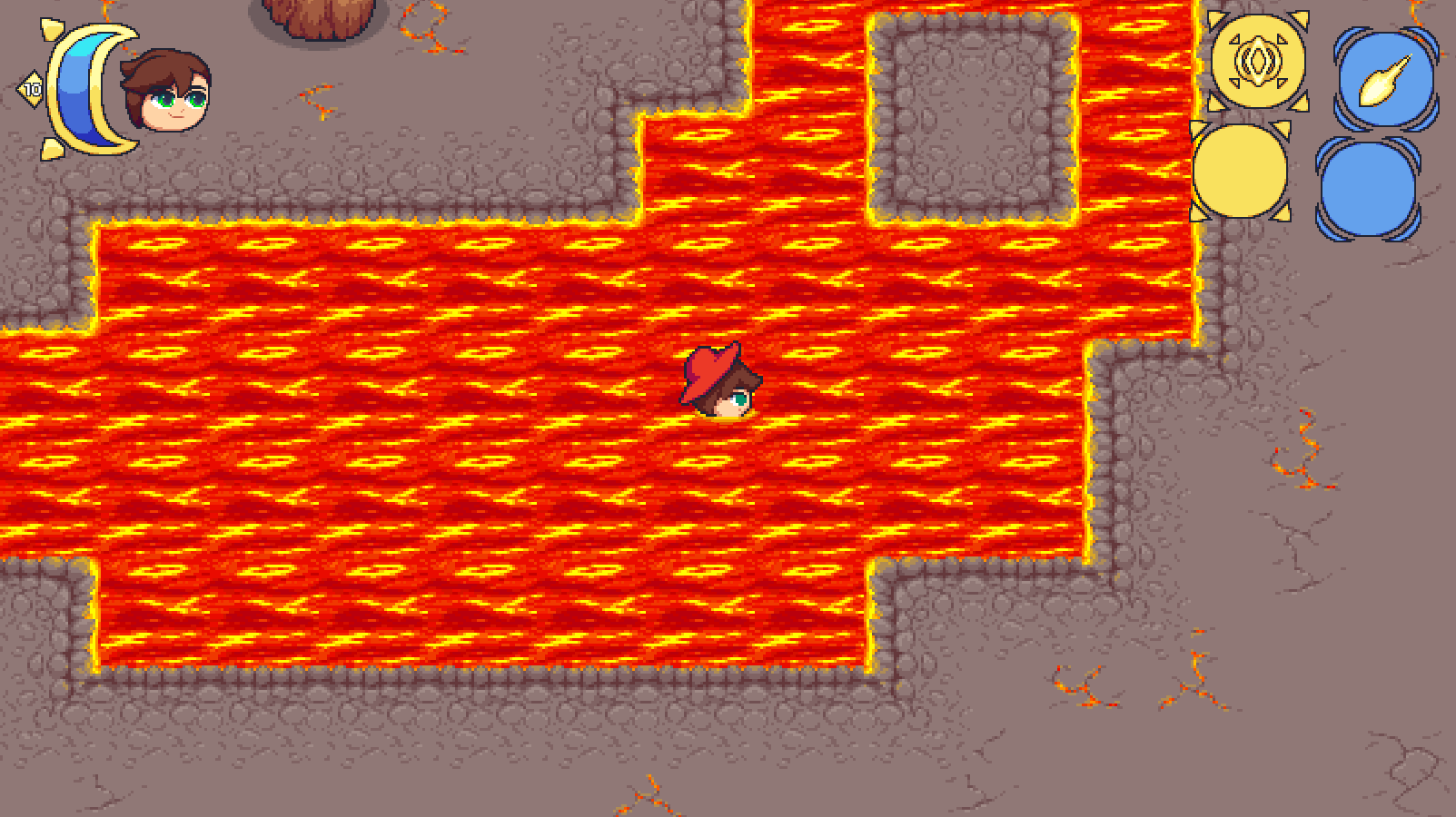 This also includes a new enemy: Eruptlet! These guys are pretty cute, but they'll get spooked if Sol gets too close, causing them to shoot fireballs.
Solarblade still doesn't have many functional enemy types, so this guy is still among one of the first. It was also the first attempt at vertical projectiles in the top-down environment the game uses, but everything worked really well. They're basically completely ready for use.

I think I'm just about out of stuff to post now. I have a lot of ideas for this game, it will just take a bit of time to work through everything and find out what I end up with. Hopefully this update was worth the wait anyway.

Before I end this one though, here's also some art for the game, with Sol getting ready for his adventure: 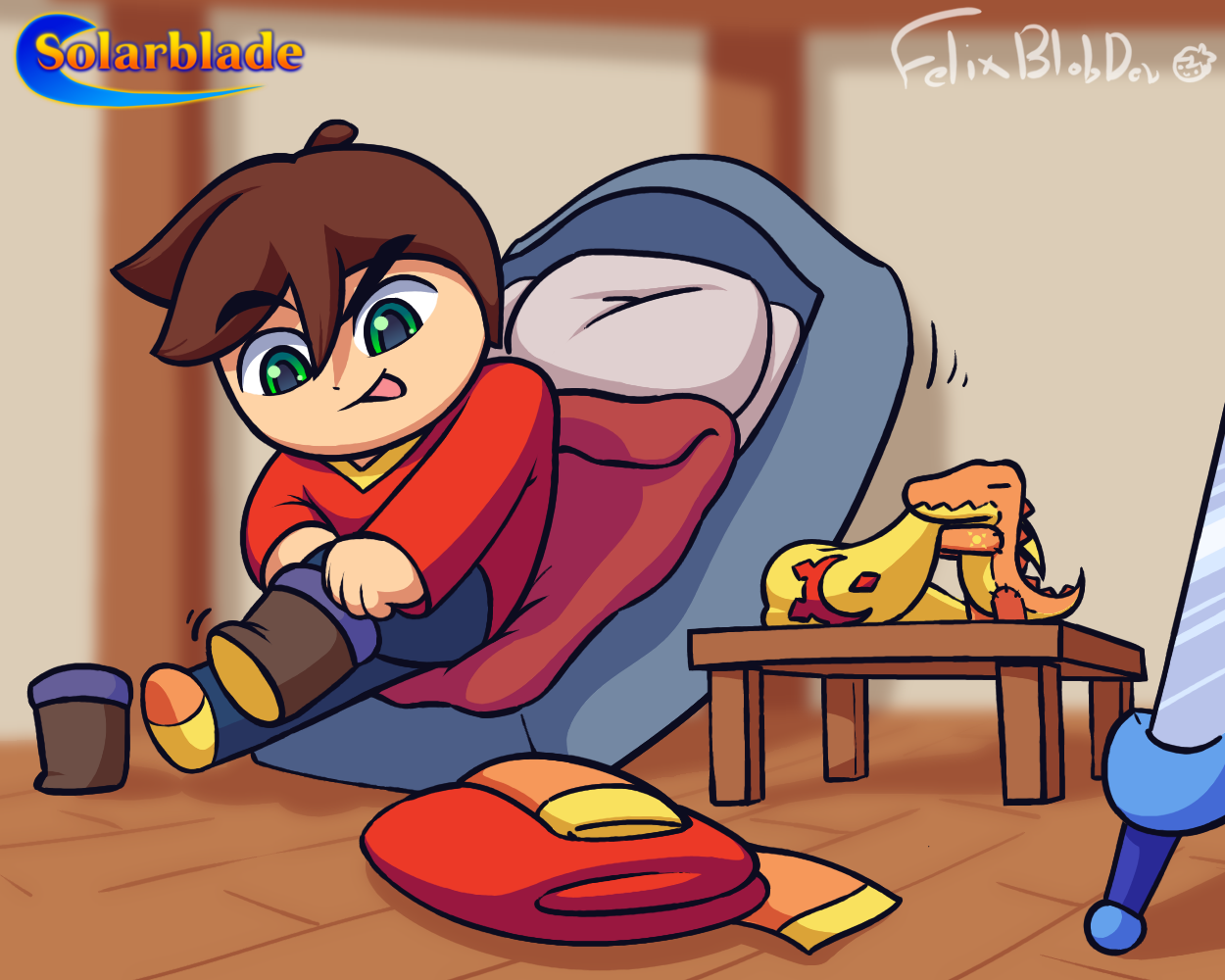 As usual, if you want to see these things much earlier and more frequently, see what else I'm up to, and more, you can join the community and visit the the Discord server!

Another progress update on Solarblade! It's been a little while, but I have some more stuff to show.

Another update, with what I did the previous week!

First update about Solarblade! I'll briefly introduce the game and show what I did last week. 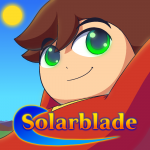