Two thousand years ago, the Kingdom of Jastamune was thrust into a war, the only survivor being a magician known as Reverent Sulada. In a last-ditch effort to save the Kingdom, she encases herself in magic and sleeps for two thousand years, eventually being unearthed by the Alpha Omega Company, dedicated to researching the implications of their pollution-filled world.

As she is freed from her magical spell, nobody knows what to make of her, and the leader of the company - La'lele - refuses to help at first. However, she, as well as many of her other employees, are magically transported to the past by Sulada, much to her chagrin. Despite her dismay, the world of the past is pollution-free - a perfect opportunity for study, much to the delight of the company's research leader, Faryl.

As research begins, La'lele and her companions try to complete their mission as fast as possible, but quickly realise their situation is much more dire than it was initially presented as, when they realise who they are fighting against...

Please visit the following url to access the demo version, made for the Indie Game Making Contest 2014.

This demo is not representative of the final product in terms of story or gameplay, but it will allow you to obtain a glimpse into what the game started from, back in 2014.

Thanks for voting and helping Beyond Reality on it's quest to become the 2022 Indie of the Year. You are now in with a chance to score some free games. Help this game secure more votes by embedding the widget (or link) we have included below on your favorite sites.

To promote Beyond Reality and grow its popularity (top games), use the embed code provided on your homepage, blog, forums and elsewhere you desire. Or try our widget.

Within the Cosmos is a single-player first-person sci-fi RPG. The year is 2278, and humanity is on the verge of extinction. You were sent there to preserve...

Gears of Eden - A unique science-based game that prioritizes ease of use and fun in an open-world setting, while offering an engaging, captivating and...

A modern post-apocalyptic role-playing game with action elements and a focus on the narrative and dialogue. A world of cyberpunk, science fiction, horror...

Fight in space or on the planet, or just travel in universe. Visit cities and buildings, mining resources, trade or speak with the population of the planets... 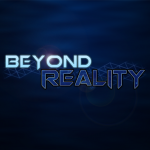