AURION : Legacy of the Kori-Odan

Gameplay Trailer of the game Aurion released in September 2015

The game will be availabe on Windows (7, 8) on Steam. Our goal is to offer a revolution in the field of 2D Action-RPG.

Enzo Kori-Odan, prince of Zama suffers a coup d'etat from his brother in-law on the day of his coronation. He decides to go round the world in order to acquire his warring legacy to retrieve his throne. 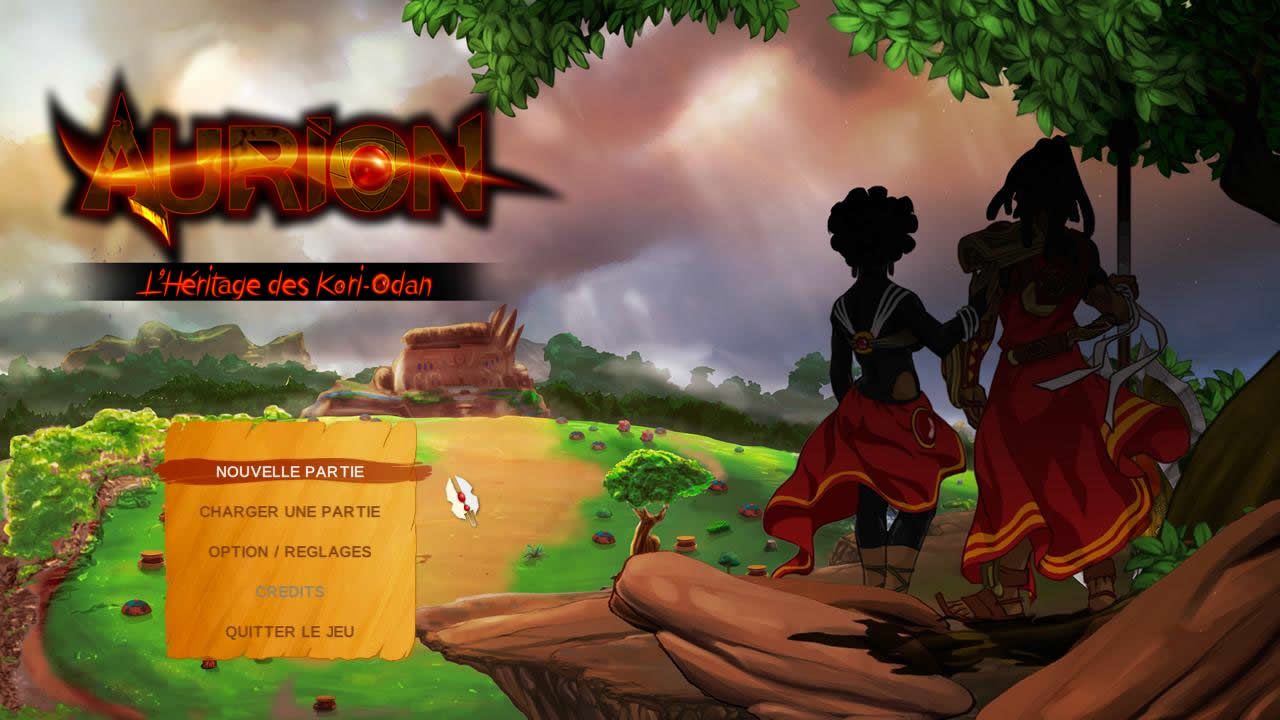 Title screen of the game, Erine and Enzo, looking from a distance...

During his quest, he will discover the geopolitical and existential dilemmas attached to his role of future king and he will have to find answers to secure his people's destiny.

The Aurion is both a mystery and evidence on the planet Auriona. This energy appeared long ago, and it manifests itself in many ways in daily life (combat, crafts, etc.). 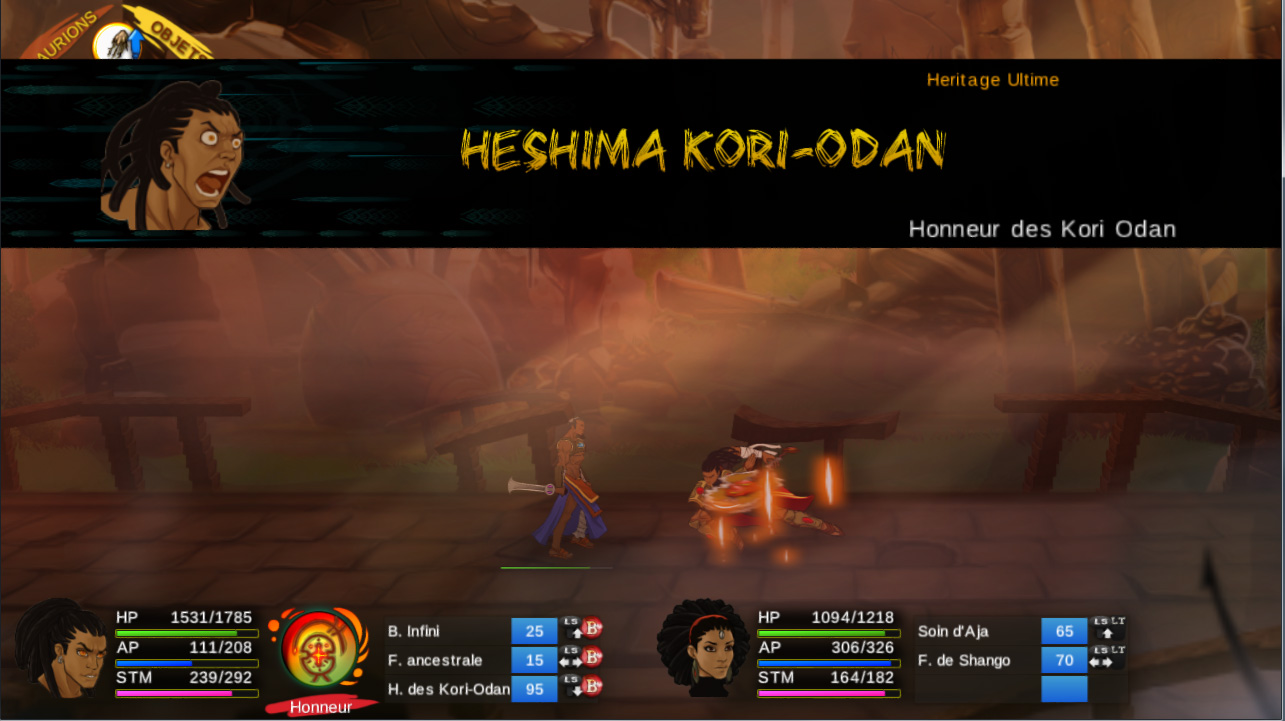 Enzo during an aurionic transformation

Those who use it in battle are called Aurionics and they can increase their power and have access to untold fighting techniques for a short lapse of time.

However, these techniques seem to “come from elsewhere”. During battle, warriors hear their ancestor’s voices. This explains why the aurion art of battle is called the Legacy. Legacies are connected to common elements (water, fire, earth etc) but also untold elements which are a perfect fusion of common elements (for instance water and fire which fuse perfectly).

Our goal is to create an Action RPG in high definition 2D graphics. We are inspired by “tales of destiny” in the form but we will provide plenty of innovation and dynamism : 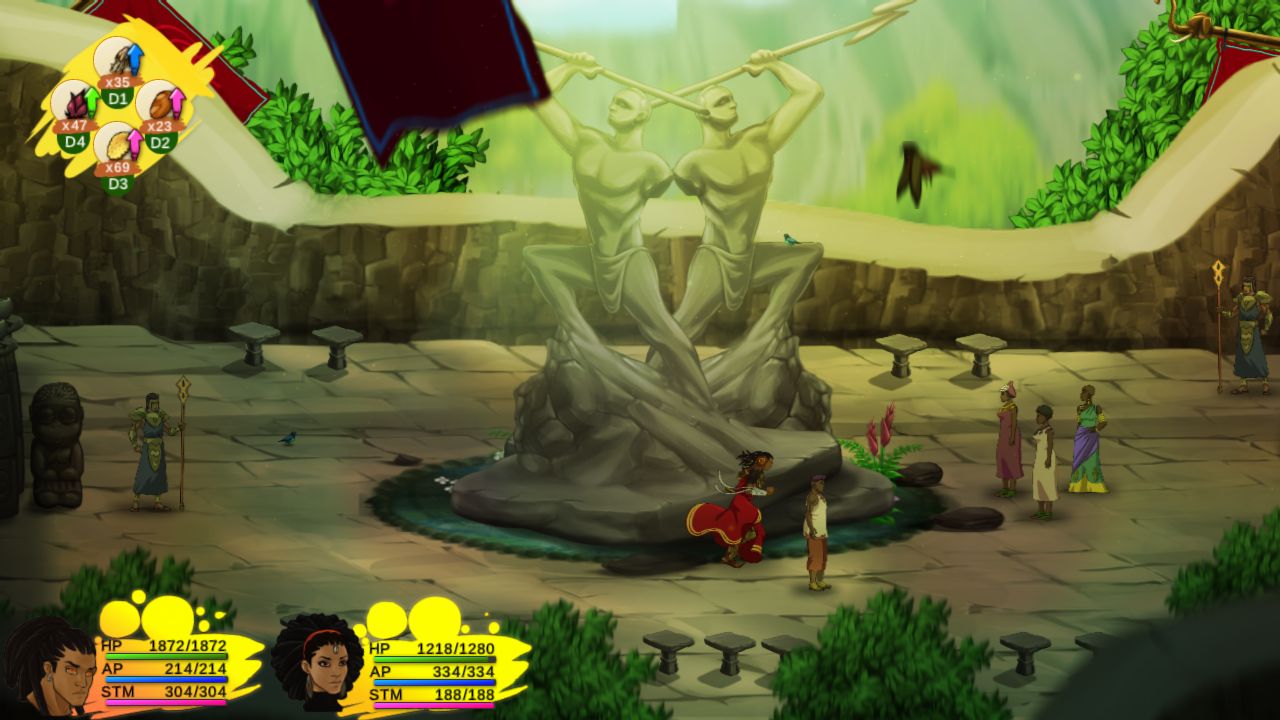 Enzo Kori-Odan strolling in Isao, one of the six tribes of the game

We are inspired by the “Tales of” series in the form but we will provide plenty of innovation and dynamism : 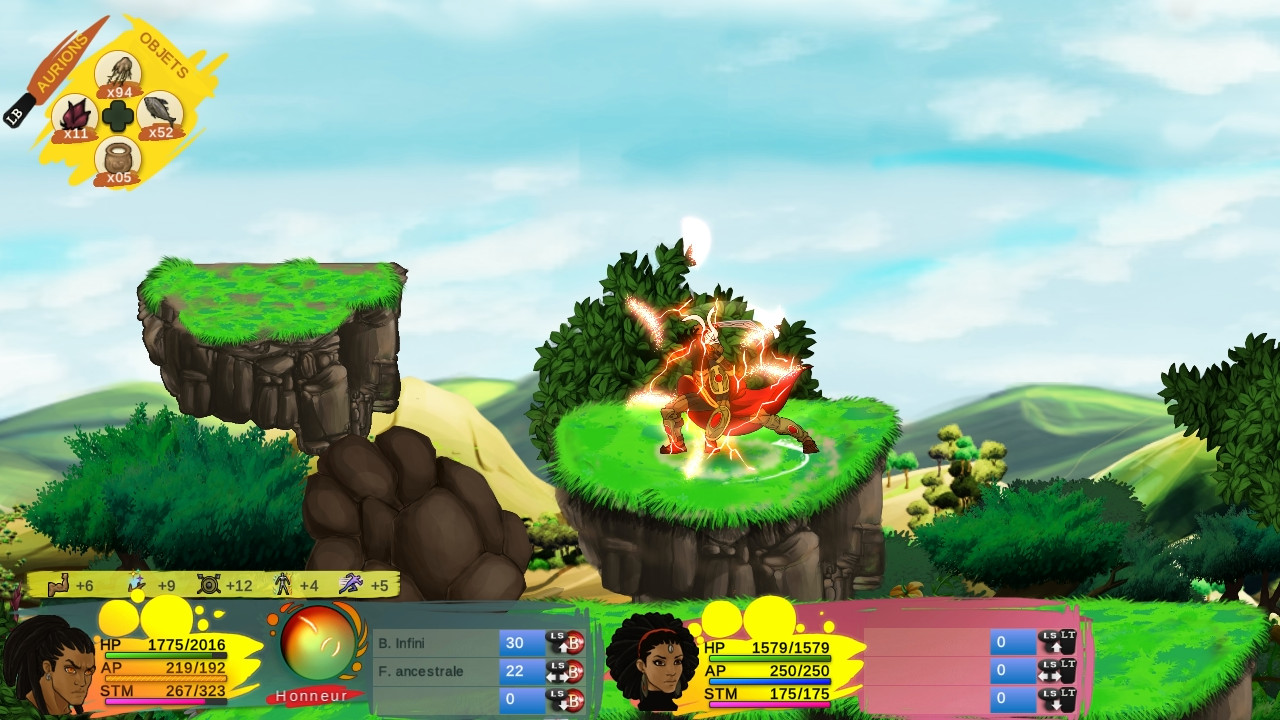 By exceeding your limit you start hurting yourself, but your statistics also increase. Surpass yourself against your most powerful enemies in Homeric duels 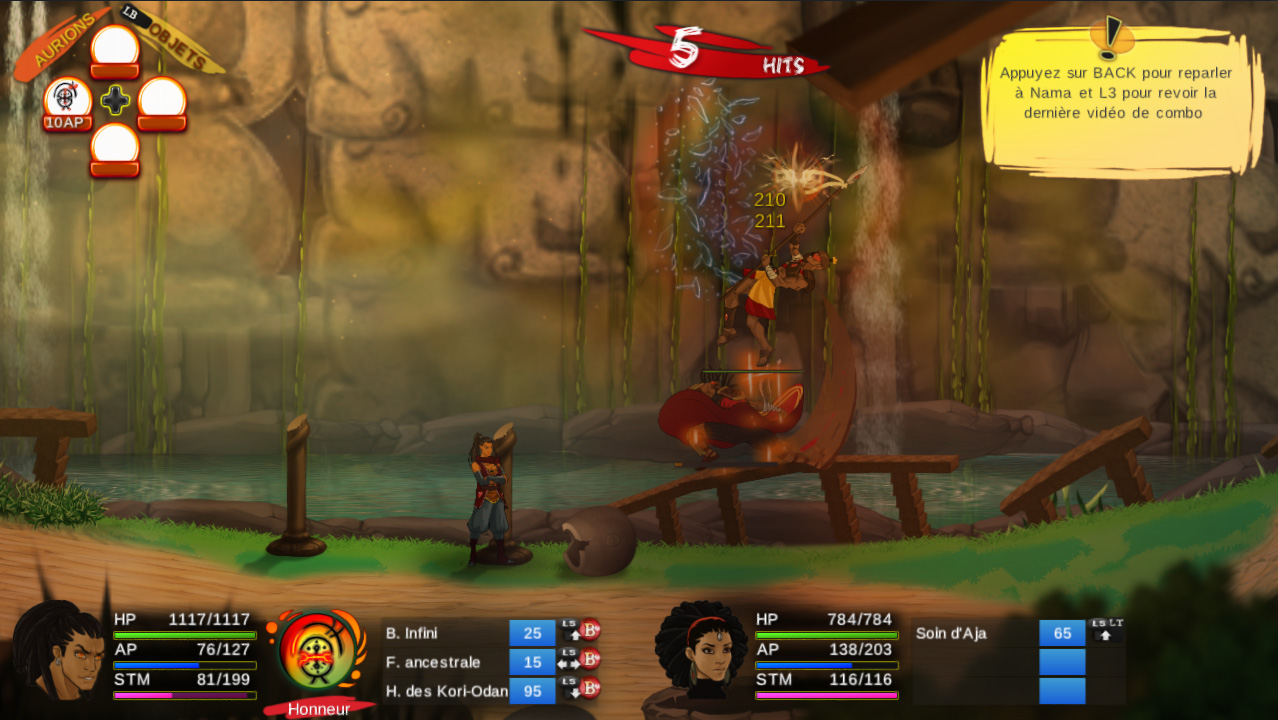 Discover many fighters. Here is a training session between Enzo and his "Ju'u" (Master) Nama Yodé 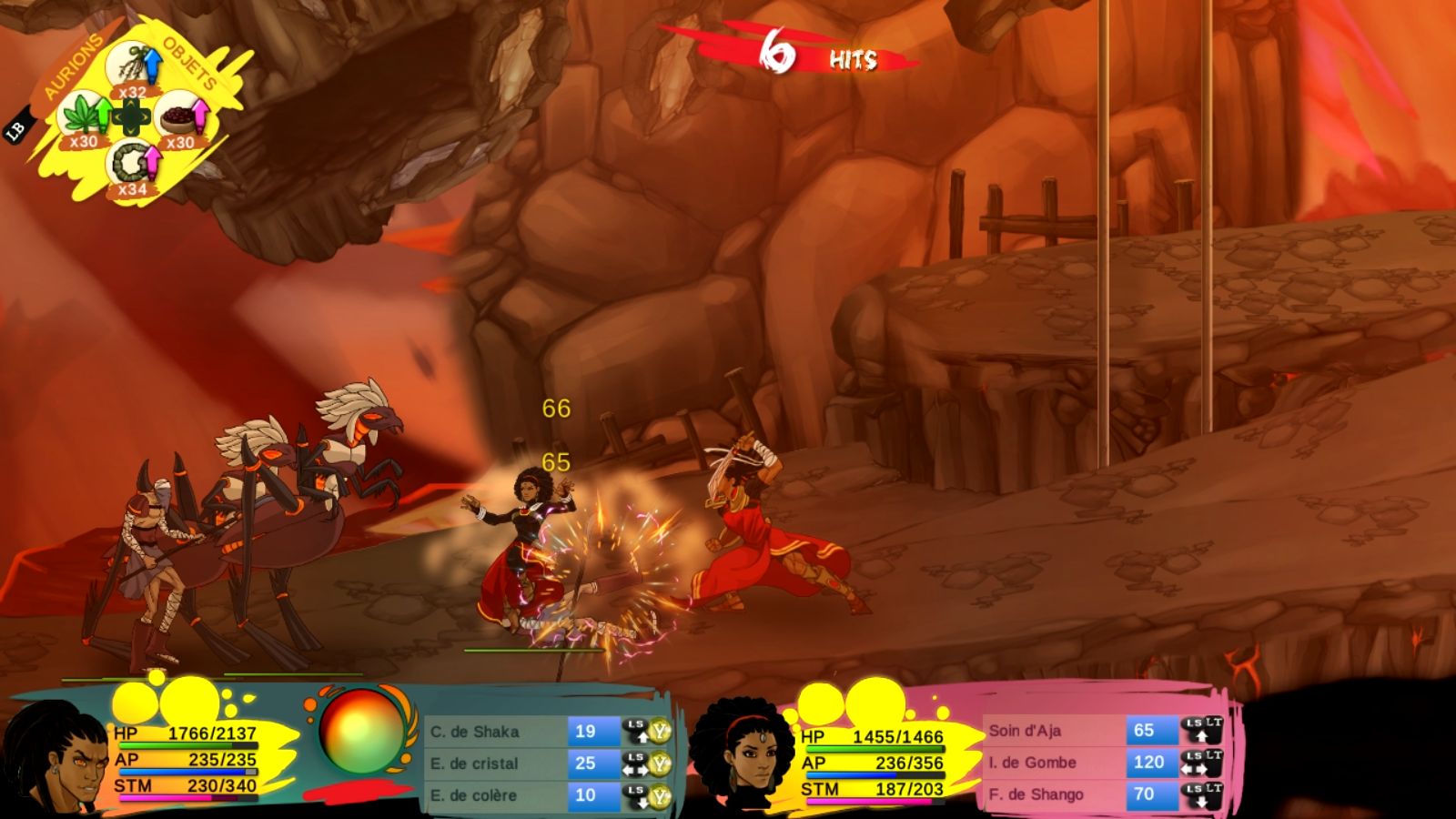 Aurion is a living and rich world. Travel around it to discover the wealth of Kiro'o through many auxiliary activities: 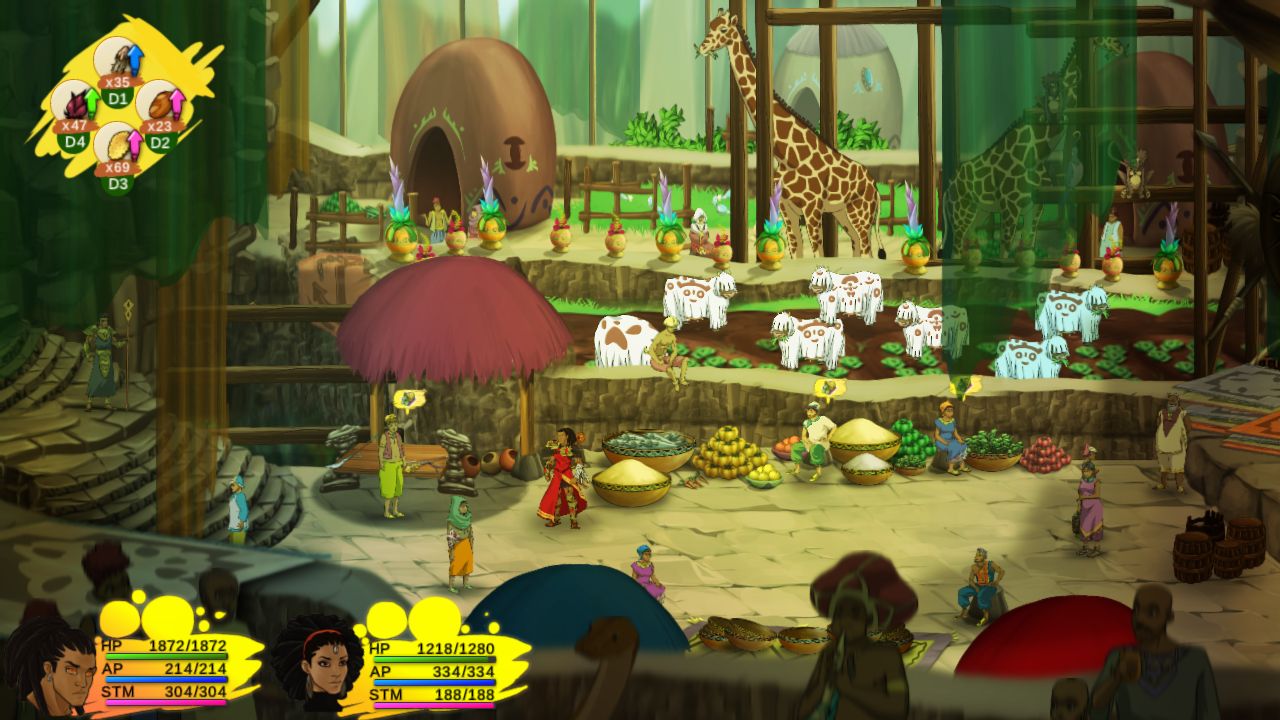 Figuil's market, where you will be able to buy food. 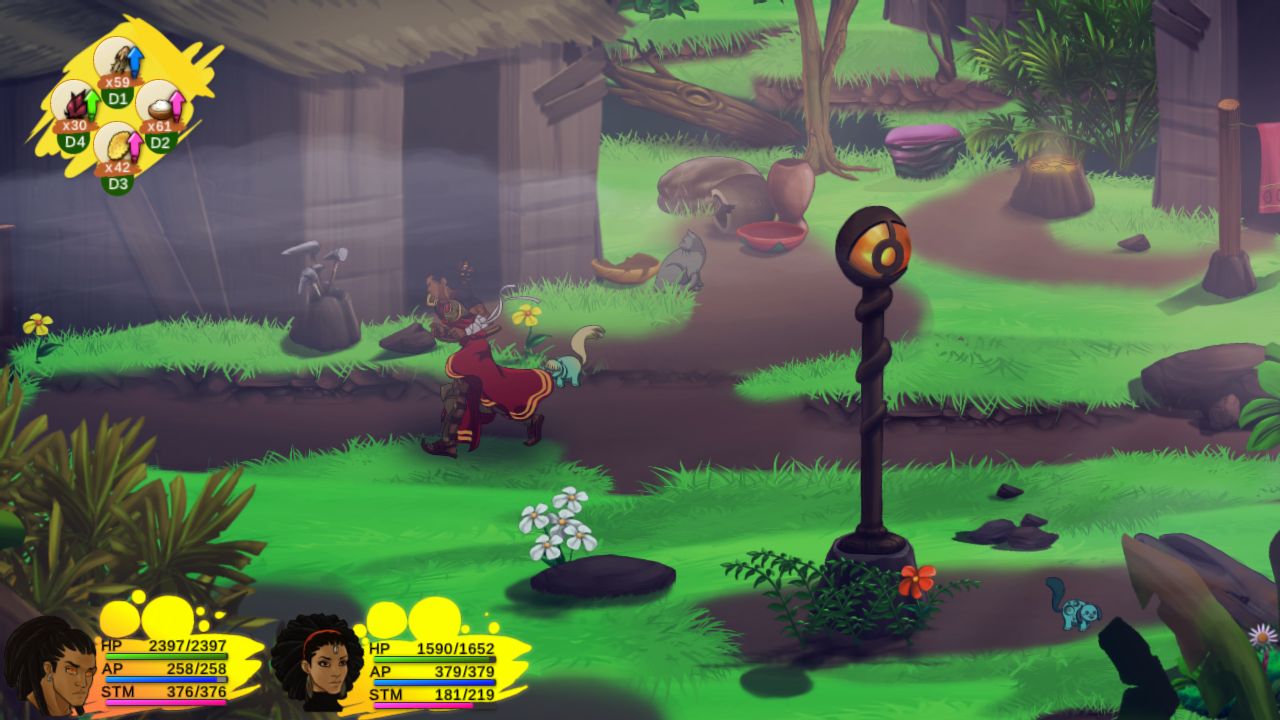 Enzo is walking in Wasao, one of the six tribes of the game. 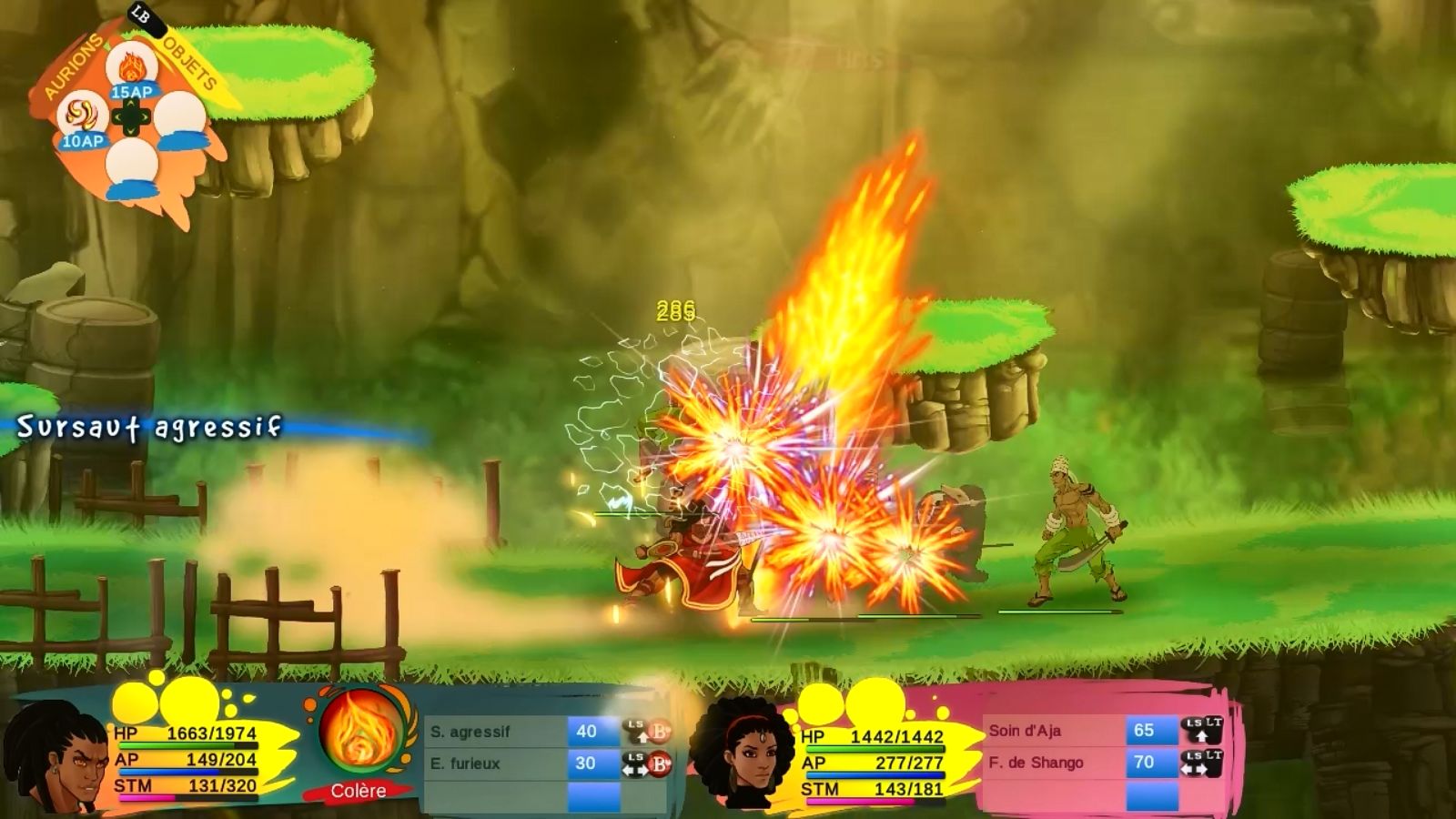 This section will also bring you information on ongoing works. Some devblogs are already available for you on our website!!!

See you soon for more topics about these devblogs!!!

A new trailer (on the scenario) and a release date for Aurion : The Legacy of Kori-Odan

We hope you are doing well and you are well start the New Year 2016.

Today we are happy to share with you this new trailer of our game Aurion: Legacy of the Kori-Odan which gives the depth overview of the game World and mostly, the date release of the game.

Another particularity of this trailer is the fact that it is doubled in one Cameroonian dialect named Bassa.

In the previous videos, most of the gameplay has been unveiled, as well as a tiny part of scenario. So far Aurion was presented as a story of two young sovereigns exiled from their city because of a coup d'état. They do a quest in order to become stronger and retrieve their city. 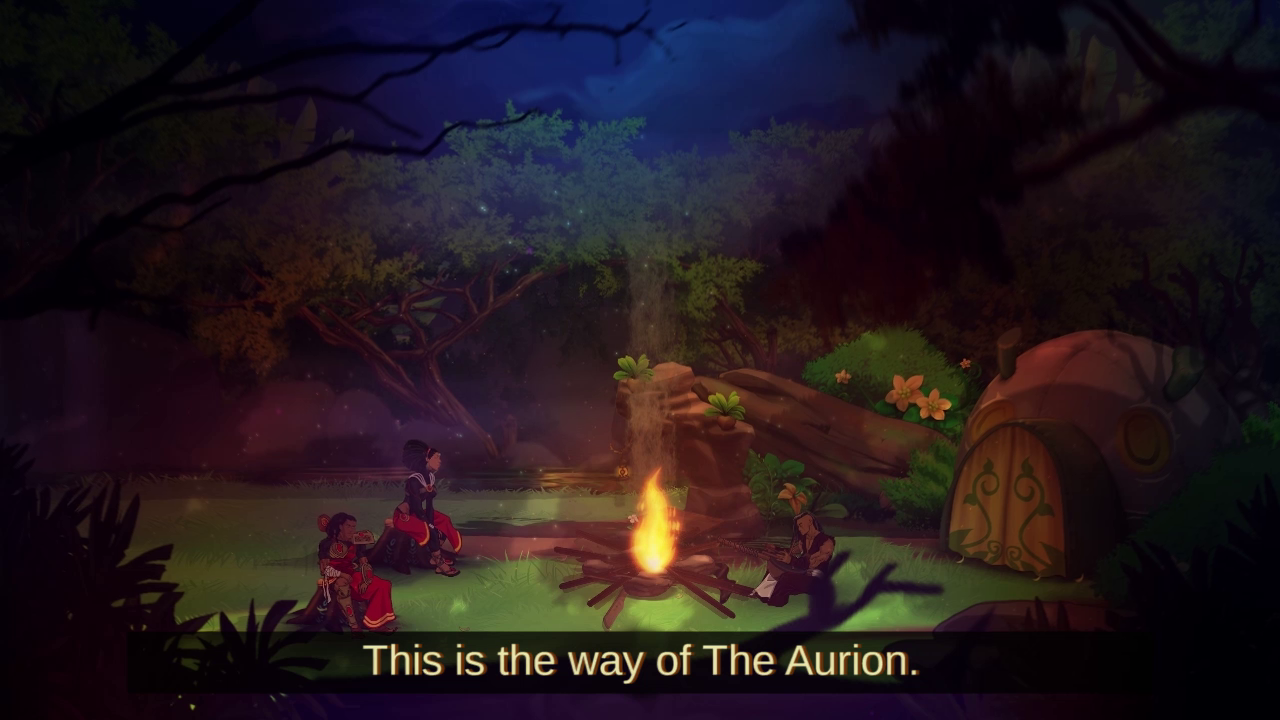 This new trailer is referred to what the game is. Aurion, over the ambitious gameplay which has been well appreciated, shows great promise about a deep scenario, we think will surprise more than one. The exile's story which has been revealed (in the demo) is just the beginning of an existential quest. This quest will be more existential, turning around personal questions which will surely retain the attention of many gamers, all with a dynamic staging.

The best still coming. Feel free to leave a comment or share this video if you enjoyed!

A Demo of the hand-drawn RPG Aurion is now available!!!

The demo of Aurion: Legacy of the Kori-Odan is out. The dynamic gameplay is partially inspired by the old school Tales Of series, and focuses on 2D real-time...

In early March 2015, Aurion got the Greenlight on Steam. In the beginning of May, the Kiro'o Team joined "PID" (Plug-In-Digital), the publisher which...

An Open Gameplay, combo system, new fighters and allies, fusion mechanisms, etc. are to be discovered in this Aurion new trailer. It will surely make...

We are back today with images of "Souleyris Lituba". It is a meditation zone in the game which has a peaceful atmosphere. Enzo the hero will find there...

The game is looking very cool! I am getting a Dust: Elysian Tail vibe from the game. Can't wait for some video footage of the game in action. Nice job so far!

Thanks a lot for your appreciation.

You can view it here Youtube.com and please give us a feedback.

great ! hope for a good gameplay

I love graphics, it's really sweet ! I've backed too, good luck for the development. Do you use XNA or MonoGame ? A Linux port is possible ?

Hi guys, thanks for the backs
We are thinking about MonoGame but the 1st choice is XNA. We will consider it as you ask. I really hope you will help us to share the word about this and the campaign.

Sweet! I just backed this today, and I was wondering if I could find a way to track your progress. Learning about this game really made my day, actually. I think this is a fantastic project.

Hi hallinnikas, thank you for your support and welcome in the page dedicated to the game.
I hope you can send most people there, we need to create a buzz about it, have you a lead for us?

Twitter
Tags
Embed Buttons
Link to AURION : Legacy of the Kori-Odan by selecting a button and using the embed code provided more...