A rythym puzzle game,where you can create your own music and solve puzzles. Using a synthesizer and the LÖVE engine by creating epic trees where every leaf is a note!

Challenge mode, where you piece songs and tunes back together by ear.
Sandbox, let your creativity run wild with the entire synthesizer at your fingertips and the ability to export your creations as levels to send to your friends.
~
Game being created by Lewis Pearce.
Although recently left due to complications, see blog post below.
Every donation helps me on my next game. 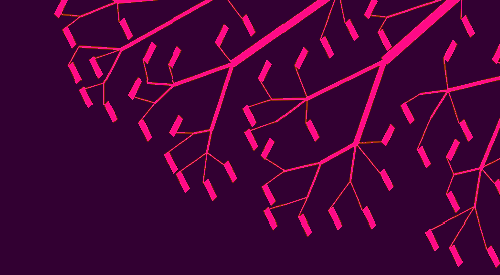 Writing this article has been on my mind for a while, to evaluate the successes and failures of Audio Tree as they happened and chronicle the history of the game a little for the benefit of other developers looking to make less of the same mistakes. 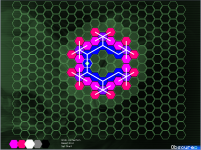 Audio Tree actually started out as a hexagonal game called Hive that I was working on while still in high school, the concept was to enable users to create music in a graphically attractive and understandable format. This design had a few great bonuses, it was really easy to understand and from a programming perspective super easy to get working.

Though soon after beginning I realised that this lead to the huge limitation of each sound only having 6 possible connections and the complications of space management when you started to create multiple ongoing rhythms. So I began to look for ways to enable as many connections as possible and soon the tree idea was born from playing around with the line connections in Hive. Atree was created soon afterwards.

Again this prototype is available here.

The first version was just testing how to make that work and experimenting with the ability to infinitely zoom into the image so it was possible to add endless layers of detail. I was happy with this concept because it seemed like a simplification of the display of the game while still achieving my goal of allowing for much larger amounts of connections without adding too much complication to the control. So began work on a full version of it, which would become Audio Tree.

Most of Atree's design was kept with multiple branches being different lines of rhythm, infinite zoom was scrapped because it was just more complication onscreen at once. 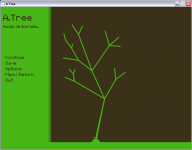 One of the first versions.

Rapidly I had something that worked and you could create pretty little trees with leaves, it had a menu and a sandbox, coming next was the synthesizer; this is where the problems really started to occur. A couple of months later working in my spare time during weekends I had something I could begin to test with, a prototype!

Leaves at the beginning were just cubes.

The simplistic nature of the game made it easy to pick out detail and the lack of any kind of background made it clear all of the focus was on the stumpy little tree in the foreground.

In truth the menus are probably the most successful aspect of the game and layed the foundations for the simple menu system I'm still using today! It was fast to program and easy to implement and went hand in hand with gamestate changes.

Conceptually Audio Tree sounded awesome, I got plenty of feedback from people interested in how a game like this would play or just plainly excited by the idea. This even got me an article at techzwn.

Any version of the actual game I put together just plain sucked, the trees were tedious and picky about where timings and I wanted the game to be about jamming out fun music, not trying to work out exactly on which beat a cymbal was. I even tried giving the full tree and just asking the player to stick the sounds on but that was just more boring and only slightly less fiddly.

As much as they were something which drew people to the project they were still a limitation, everything being in 2 tones meant stuff easily got confusing if you weren't careful and although I played around with having things specific colours I didn't want to abandon the cool ability to set your own colours I had worked on, it only made it slightly easier to understand anyway.

Simply put they were just too complex, everything for every tool (and there were a fair few of them by the end) were smashed into the few inputs the mouse could give and this lead to all kinds of mistakes and accidents. 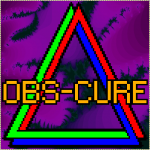 What would I do differently in the future?

The whole thing was developed while I was still really coming to grasp with programming as a whole and it really shows, now I would start by just programming almost everything differently. Whenever I look back at old code I am constantly amazed at how I used to do things even DeerHunter1066 scares me sometimes and it's only been one year since I wrote the first version of that.

Number 1 mistaken decision I would "probably" never make again is to design a game around a piece of concept technology instead of a fun idea. The first thing I aim to have in place now is the systems which allow the game to be fun, instead of the content creation tools. This should really be basic but it didn't occur to me until days of work had been thrown away on something completely not fun just because the general idea was exciting.

Music games are also certainly a very risky area to try to make something in, especially when your directly and intentionally making the music, there is such a thin line between what works and what is just plain tedious.

I can now confirm I am working on more prototypes and games, this includes 2 mobile games!

One of which will hopefully be a mobile version of DeerHunter1066!

Monetization of mobile games seems like a sticky subject and I'm still not sure whether to go with the ridiculously cheap model or the free with ads model, if you have any opinions on either please let me know as any information is helpful. Although development is super slow on anything at the moment due to severe money trouble with my other jobs and needing to just concentrate on putting food on my plate and earning enough money every week to get by.

As always have a great day and thanks for taking interest in my work.

Now that both projects are either finished or abandoned, Here are some final updates and news on what is next for you from ObscureWorlds.

An article some news and a bunch of virtual deer.

There has been no updates for quite a while now and anyone who keeps an eye on the company page may have noticed a new game up with a test version out...

Much like a snail progress is slow but rest assured alot of work is going on under the games "shell".

In this update I'm hoping to talk a little about making the experience of playing Audio Tree as diverse and modifiable as possible.

Inside is a Windows 32bit Executable and a .love file for anyone not on windows that has LÖVE installed, you can get LÖVE from the love2d.org website...

This is such a neat concept. Tracking.

I want to get the effects interface and mod support for user effects in and then ill start doing videos and getting out a demo.

Shouldnt be long till i have the first demo out. got the trees playing music and the synthesizer all in and working, just gotta get some more support for the effects and bash a few bugs here and there.

First of all, tracked! I think this is a very cool concept, and I can't wait to see how it turns out.

Second, I'm pumped about all the modifications and customization you are allowing; that's going to make this game extremely replayable.

<2cents>
Third, I think changing the shape of the leaves is probably going too far; while I think it's cool and could lead to some more visual artistry involved in the process, I think it's not quite enough to spark people's visual imagination and interest, but it's not really necessary either. It could certainly be something to add later and to experiment with, but I would let people play the main game first and see if they could come up with any use for it.
</2cents>

Also, if you want any help with this project, I'm quite interested in testing and [possibly] level design (if I could make something interesting enough).

Thanks mate,
yeah my thoughts exactly about the leaves but since it should be fairly easy to implement i may aswell add it. It fits with a pretty mode im working on for this that adds extra options for visuals but will be slightly more taxing on computers.

There will be a demo/open beta to test after the sandbox is polished and challenge has a few levels.

Sounds like a plan for the leaves. And as for the beta, I'm there. Keep up the good work!

Looks great, can't wait to see how it develops!