The space exploration gold rush has hit new peaks. The now more diversified human races are claiming space territories at rates not seen before. While space is getting scarcer and scarcer, conflicts are becoming imminent. Don’t let your people miss out on the action, take as much as you can while you still have a chance. Explore, build, make allies and crush your enemies. The player is the leader of a human colony. Tactical decisions will need to be made so the colony is able to expand at the normal rate. The player needs to explore planets, collect resources, build a massive fleet and have epic space battles to conquer enemy planets. Athmos levels consist of planets placed on a semi-2D plane. Each player starts off on their home planet. The goal is to crush all the other enemies in the level, by taking all the planets he owns. The outline of the game is: Explore planets, construct buildings, build massive army and have an epic battle.

Hi followers ! My name is Benjamin and I was responsible for the 3D and concept art in our school release prototype of Athmos. Pushing this game to the next level in the little spare time we have, has been a challenge but we are starting to make way for a first small release!

Finding an appropriate style for the game was a first challenge, so I did some studies exploring some of my favorite games. After this we knew we wanted to balance in between extreme exaggeration of shapes and a semi-realistic approach. This because a style like this communicates very well and the exaggerated shapes push the user to see what the function of the design is instantly. 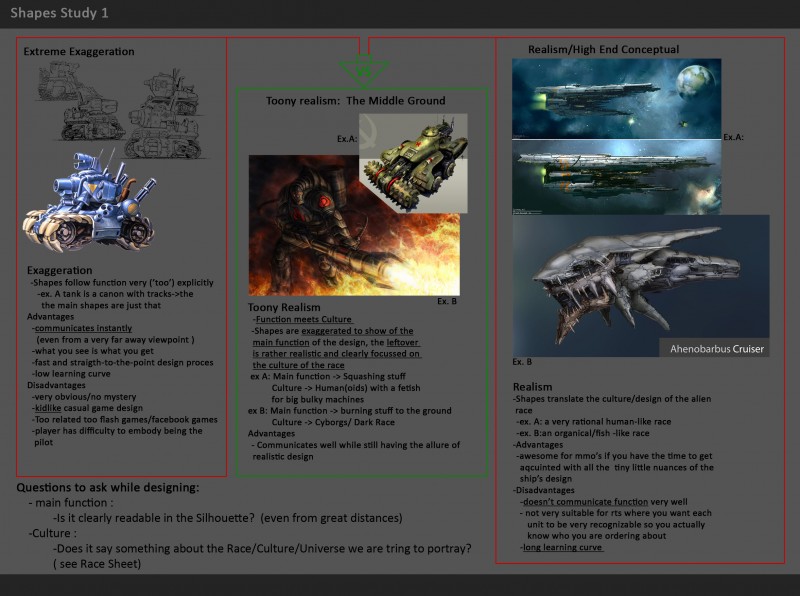 A next challenge was defining the race we were going to work with. I like to think about the background of the world I am designing, so when push comes to shove, there's a consistency in the ships, buildings and characters. At this point we've experimented with a few styles and we are starting to see where the ideas are taking us. We want a race that is very aggressively indoctrinated by daily propaganda and blindly follows it's dictatorial leader into utter suicide missions (yes that is you :) ). The race should breed like an universe infesting parasitic race.. Well, you want big-ass epic space battles right? Because of the hive-like behaviour of the fleets, a first idea was to make an insect-ish bee-like race which was tamed by another race using these space-bugs as ships: 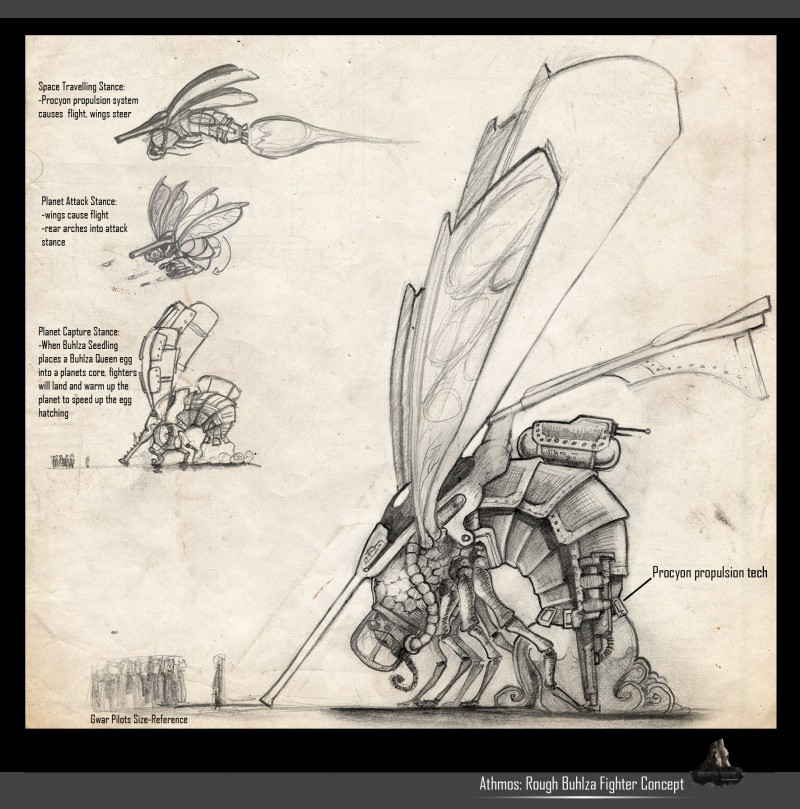 I made a few sketches of what it would look like when these insect-ships were next to the planets and it turned out it made the universe look like something under a microscope, so we dismissed of this idea but drew valuable conclusions from it. After realizing the units should stay mechanical I made a few thumbnails and a 3d mockup of some new units, I still tried to keep some insect influences but in a more mechanical way:

A cleaner render, soon we'll make a bulkier version of this, more suiting the characters on the end of this post: 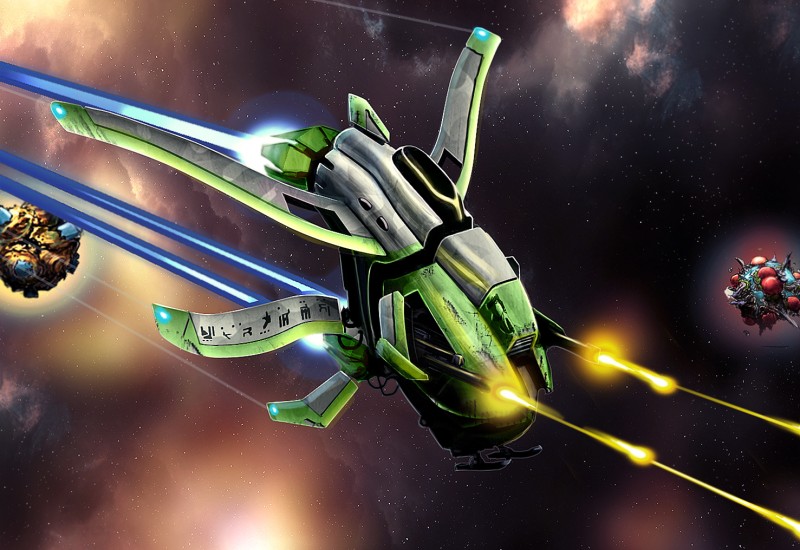 All the train rides/sketch sessions to my job paid off and after a while I started to realize what the race should be like. So after sorting through all the cra.. err.. I mean 'beautiful pieces of precious art', I ended up with a nice collection of thumbs to base our space race on, meet the "Gwar": 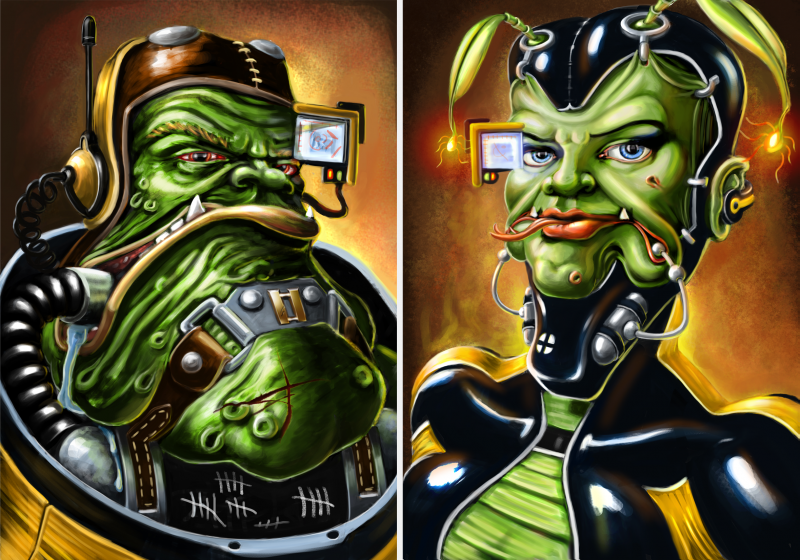 hoping you'll like this, do drop us a line!

Allright that's all for now folks!

Benji out
P.S. Check out the blog for more (Risingrockgames.com)

I just added a new post to our blog about how we plan to manage user data, servers and user metrics.

Here is some eye candy! We created these planet concepts for Athmos. Can you think of any other interesting planet themes you would like to see in the...

Any chance to see Athmos coming on Linux?

The game is written in XNA, which is unfortunately not supported in linux.

the game looks cool but dont u think that if you let the players teraform a planet and send in colinys so that they can many there resources it wouldnt be cooler?anyways this game looka cool im tracking

That is certainly something we're concepting at the moment, DeathTheKnight