Hey, you just died. But don't worry! All the major religions were wrong! Instead of ascending to a new plane of existence, you are now self-employed in the Afterlife with your own haunted house to run. Keep people just scared enough to keep believing in you, but not enough to alert the local authorities and you'll be able to live forever and maybe get your own reality show.

Afterlife Empire was designed and written by Danielle Maiorino, created by Autobotika, published by The Fine Young Capitalists and funded by the gaming community. Enjoy a game with a diverse cast of all different races, religion and creeds funded by Gamergate and /v/

Profits from the game will be given to charity to prevent colon cancer, provide scholarship and awards to up and coming game developers and other projects that show how amazing the gaming community can be. 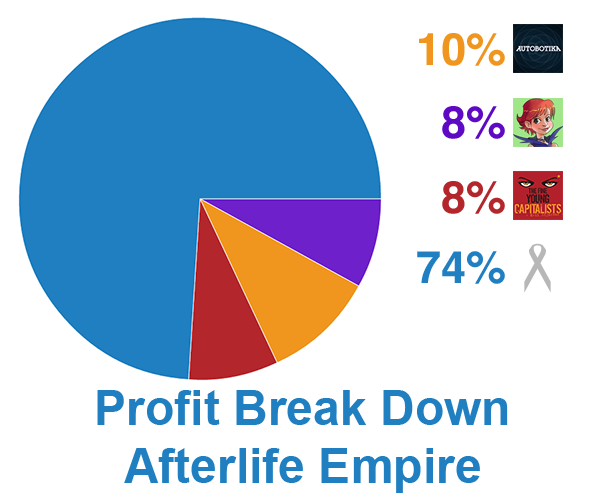 So stay awhile and create your own Afterlife Empire and see how amazing Gamers and the gaming community can be.

This game was developed with the help of Jeff Preyra and his company Game Nation Inc.

To promote Afterlife Empire and grow its popularity (top games), use the embed code provided on your homepage, blog, forums and elsewhere you desire. Or try our widget.

Eat Sheep is a top down, puzzle and strategy mobile game in which you move your monster around the level to eat the incoming sheep that are trying to...

Commanager is a strategy game where the player needs to create and manage a commercial building area shops , services, and be mindful of everything and...

Command your group of loveable single-celled creatures as you battle for ‘primordial soup’-remacy! Use the stylus of your Nintendo DSi to intuitively...