Aries is a grand strategy game set in space, where you will be able to conquer planets in a campaign to unify the scattered domain of man under one banner. The game focuses on high-quality strategy with a detailed and smart AI system.

Aries EA Launch and beyond!

What's next for Aries?

With Aries launching today I thought it would be a great time to share the roadmap to launch with you and get some feedback on it. While I will constantly be working to fix issues and proved minor updates, there three major updates planned to get Aries to launch.

Phase 1: The emperors and merchants update

This update will be looking at the campaign map and ship to ship combat. The plan is to rework the diplomacy and campaign AI to be more in line with the original goals; this will add a trespass mechanic and allow the creation of complex deals with the AI. The campaign map and the unit roster will then be updated to reflect the addition of rare materials and trade routes. The factions ships will also get a makeover with many of the ships having new variations or abilities added to them. 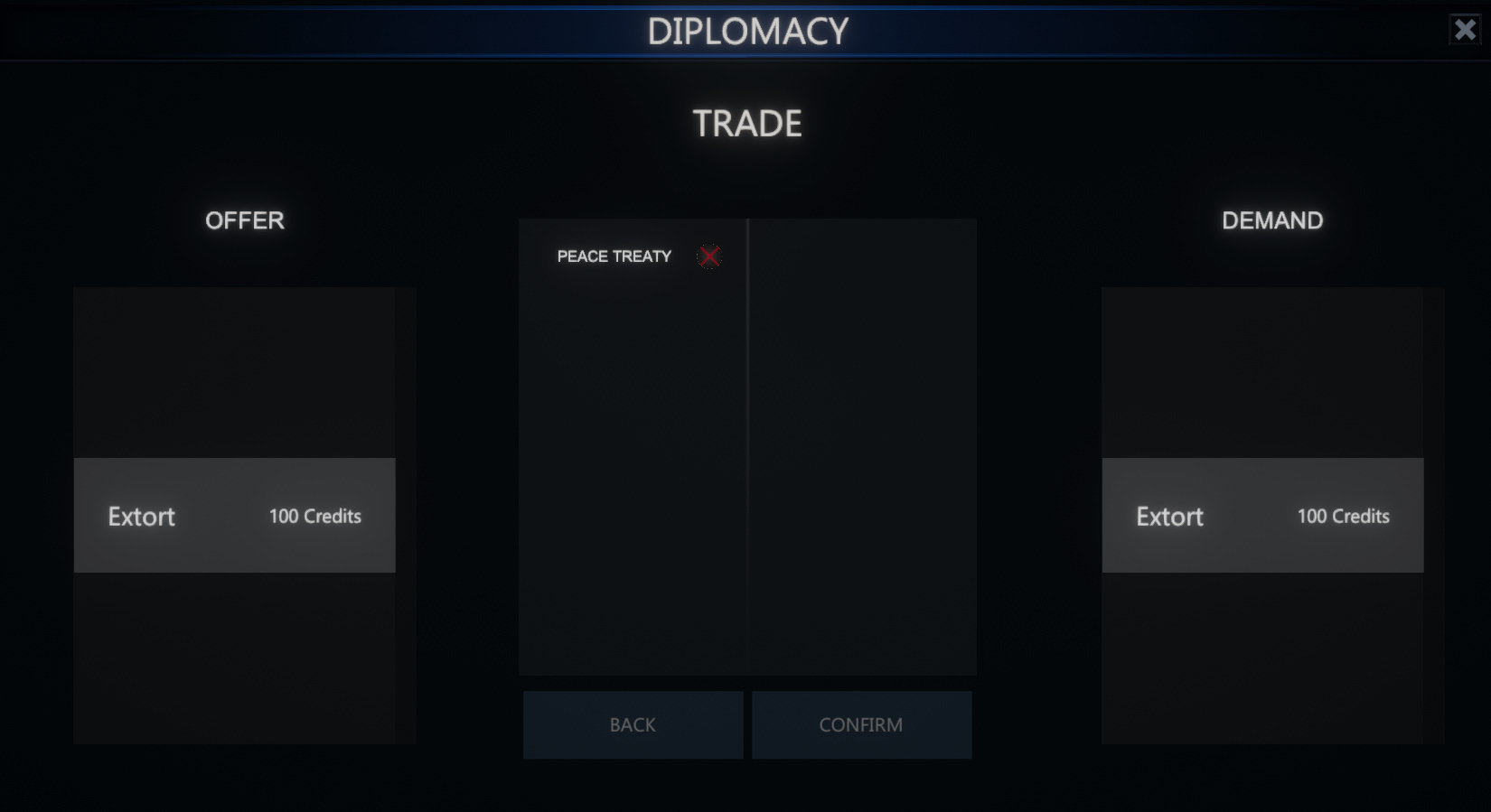 In this update, the objective will be to add more depth to the system takeover mechanics. There will be the addition of new maps, missions, and the ability to build defensive buildings. A likely addition to the building you will be getting is the orbital defence system which will cause fleets in orbit to take damage until they are disabled through a mission. All of the factions will also get some new units to help them.

This will be the final part of getting Aries fully launched. The Aim of the Spec Ops update will be to add in special units that function independently of your main armies. These elite units will be able to undertake missions to help your armies in their conquest of the galaxy, an example of this would be to have your spec ops unit disable an orbital defence system ahead of your main invasion.

Working with the players:

While it is great for there to be a plan for launch and a goal to aim at, I think it is also important to be available to respond to player feedback. In between the main launches of content to get Aries to launch, I will be doing regular updates to resolve any issues people have and to make improvements based on the community feedback. I would like to encourage anyone with an idea for improvement or that runs into a bug to drop me an email at admin@wirlwith.com or to post about it on the Steam community page.

The units of the Mech Cult are focused on drones and robots that engage the enemy with high tech energy weapons. In this post we will have dig through...

I would like to say a huge thank you once again to the people that have supported Aries on IndieGoGo. I am finally in a position to announce the date...

The units of the Knightly orders are focused on elite troops that are devastating up close. While they have access to some basic ranged troops in the...

No this isn't an article on current affairs, but in the thousands of years that have passed to the setting of Aries, things have managed to get worse...

This here
"The AI puts a lot of thought into its diplomatic relationships and will use them to gain leverage over opponents and to prevent war with stronger powers. Each of the AI factions has there own diplomatic agendas" Is so obvious and something that too many devs don't understand.

Basically, I am seeing games that get ruined by an AI only taking diplomatic standings into account when determining relations, they have no sense of self preservation and get into wars when they should not. Similarly, they refuse peace when they are clearly beaten because of "bad relations".

If you can pull this off, you will have my support

This sounds similar to 'Empire At War'. Is that a fair comparison?

It definitely shares some similarities, if i was going to compare it to other games I would say "total war in space with battle fleet gothic armada ship battles."

Stellaris suffers from micromanaging problem. Is there any automatic managing feature?

As it stands there isn't, but a lot of thought has gone into keeping armies and planets simple to manage.

That being said we don't want a player to get bogged down in spreadsheets if they don't like that, and have spoken about having governors for planets that could potentially make decisions.

We don't want to make a definitive decision on this just yet, as until the core systems are finished and we can start playtesting we would just be guessing at the best way to manage the issue.

So, unfortunately, all I can promise at this time is we are thinking about the issues of overwhelming micromanagement and how we can handle it without losing depth of play.

There should be an in-depth post about the campaign map soon and we will talk more about it there.