We are proud to introduce to you, our upcoming classic point & click adventure game: “A Little Less Desperation”. It has been in development for the past year and a half, but we have finally gotten round to sorting out an official website for it! - yay!

So what’s it all about? Well… to sum it up in a few short words: it’s about UFOs, epic space travel, a wee side order of rock’n'roll; oh and we shouldn’t forget to mention the bloody vegetables - aisus! - a megalomaniacally inclined robot intent on suppressing the galaxy, an alien beauty - of questionable, or rather remarkable proportions; depending on the who &/or the what is doing the appraising - in distress, and last but not least: a hero to sort it all out…

Well… a ‘ero of sorts… Since the list of applicants for the role of hero was a bit short - well non-existent, if truth be told - we had to pick the best… errr, I mean: the fastest… no, uhm… ok, let’s be honest; we had to pick the only applicant we had for the role. In fact, this isn’t true either; Jacob - by some unfortunate grace of bad luck; or should we say fortuitous timing for us - happened to ring our doorbell and stumble his way into our auditions trying to sell us some of his homegrown organic vegetables - aisus! yes the bloody vegetables again - unfortunately - for him - he didn’t stand a chance against our smooth talk, and we soon had him kitted out and starring as the protagonist of our epic point & click adventure game. 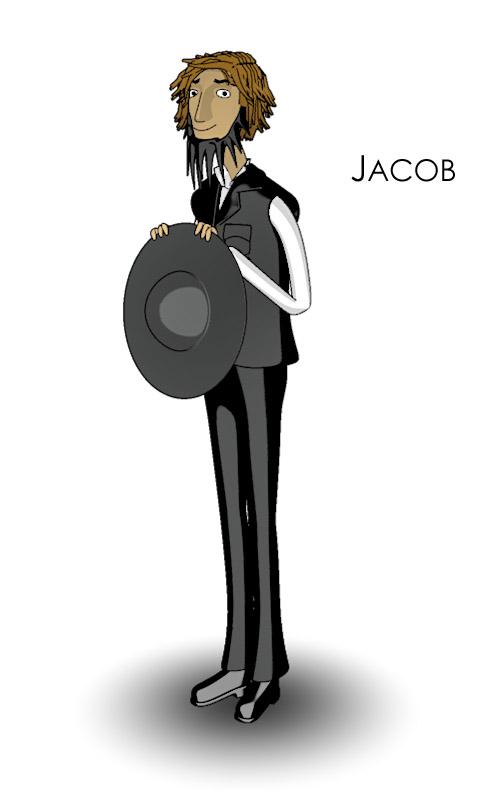 A UFO crash lands nearby. Jacob full of apprehension and unwilling reluctance goes to investigate. He finds a little alien and being the good Samaritan he is, offers to help out the little alien, unknowingly setting off a chain of events that will have him traveling to the vast corners of the universe on an epic, scary, [carefully placed subliminal suggestion], bizarre, epic, humorous yet irrationally mind boggling journey through space, that will be full of crazy puzzles, and even crazier inhabitants of the extraterrestrial, vaguely human [expats; illegal or otherwise] and nondescript kind.

The game is an adorable point & click adventure similar to the classic gems of the point & click adventure game genre. We have a wonderful story, out of the box wacky puzzles and a marvelous array of eccentric characters. We decided to focus more on fun, than the morbid ritual of dying awkwardly - and oft. painfully, like in the glory days of the Quest series - and instead focus on giving you more fun for the buck, than frustration induced hair loss. But we don't want to give too much away on here, so please don't forget to check out our homepage, if you want more details. 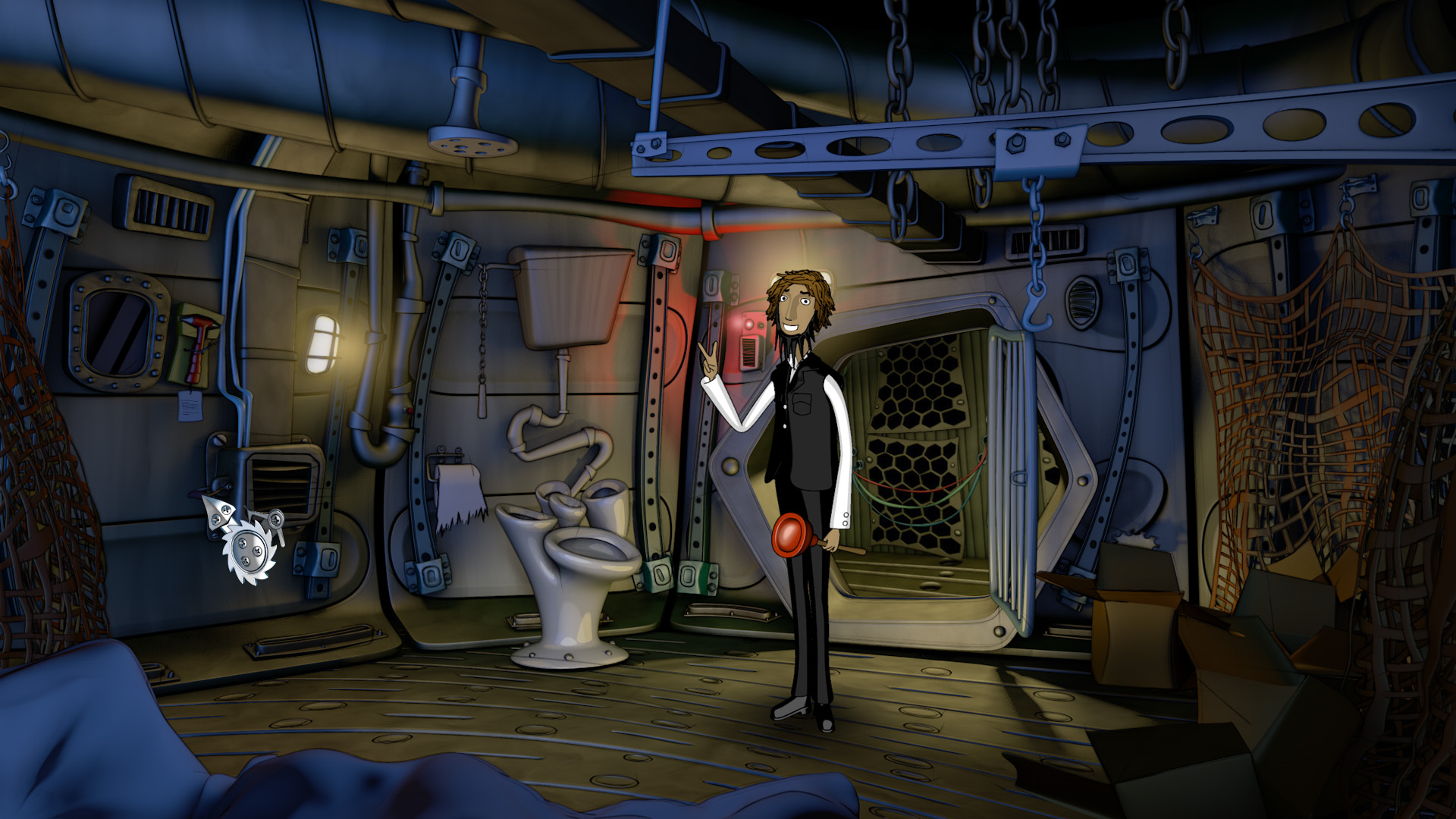 
If you are a fan of the classic point & click adventure game genre, then you need look no further for your next fix than: "A Little Less Desperation". Unfortunately it's not yet ready, so in the meantime you will have to get your fix elsewhere, until further notice!

We are currently working on developing the technical demo, which if all things go well, should be released, sometime early 2015. All the artwork is more or less done and our developer is busy feeding the immense amount of game assets into the beast (game engine) and programming the game into something that can be played and enjoyed by all. On a side note: the music for the game is currently being produced as I type this, unfortunately there's still a matter of sorting out game sounds and finding voice actors, but that's all in the details, or so they say.

Make sure you stay tuned and check our website, twitter feed, facebook page, this forum thread, that forum thread and whatever other form of media you can think of, within reason, to keep up to date with what's happening at Deaf Bird Entertainment. Also if you would be so gracious as to follow us on facebook &/or twitter, then we would be most grateful, for your support. 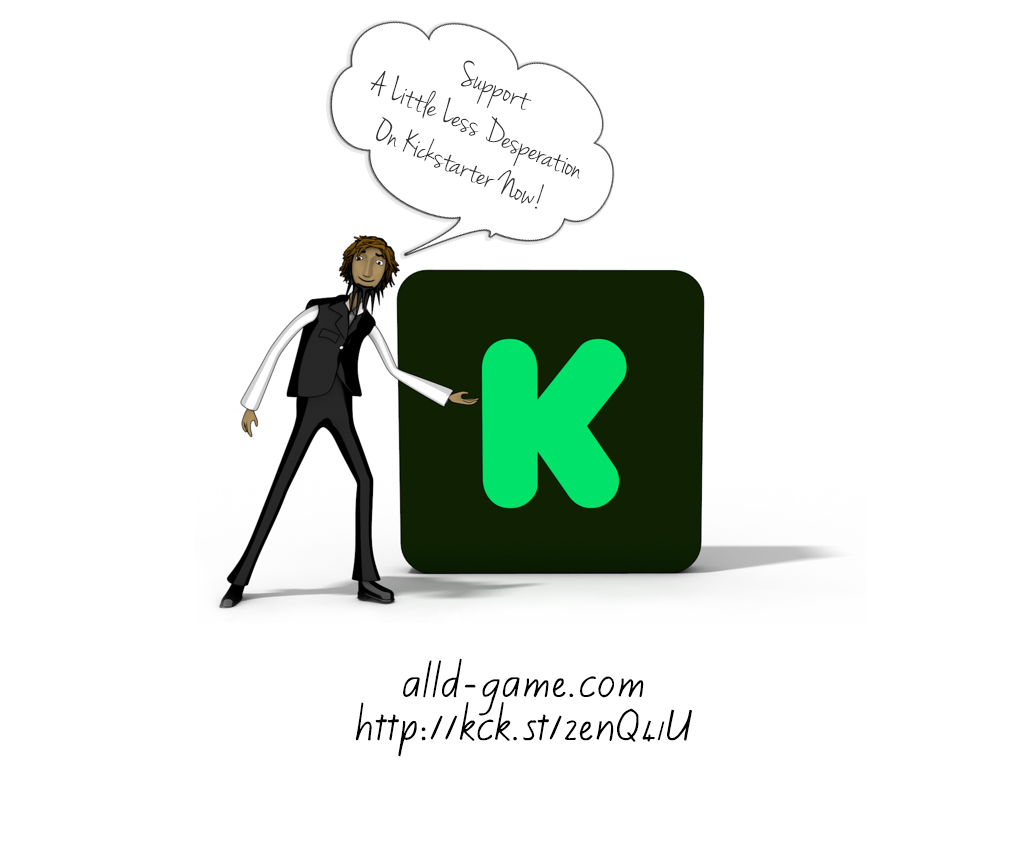 A Little Less Desperation is an adventure game for all those who grew up with games like Monkey Island & The Day of the Tentacle. 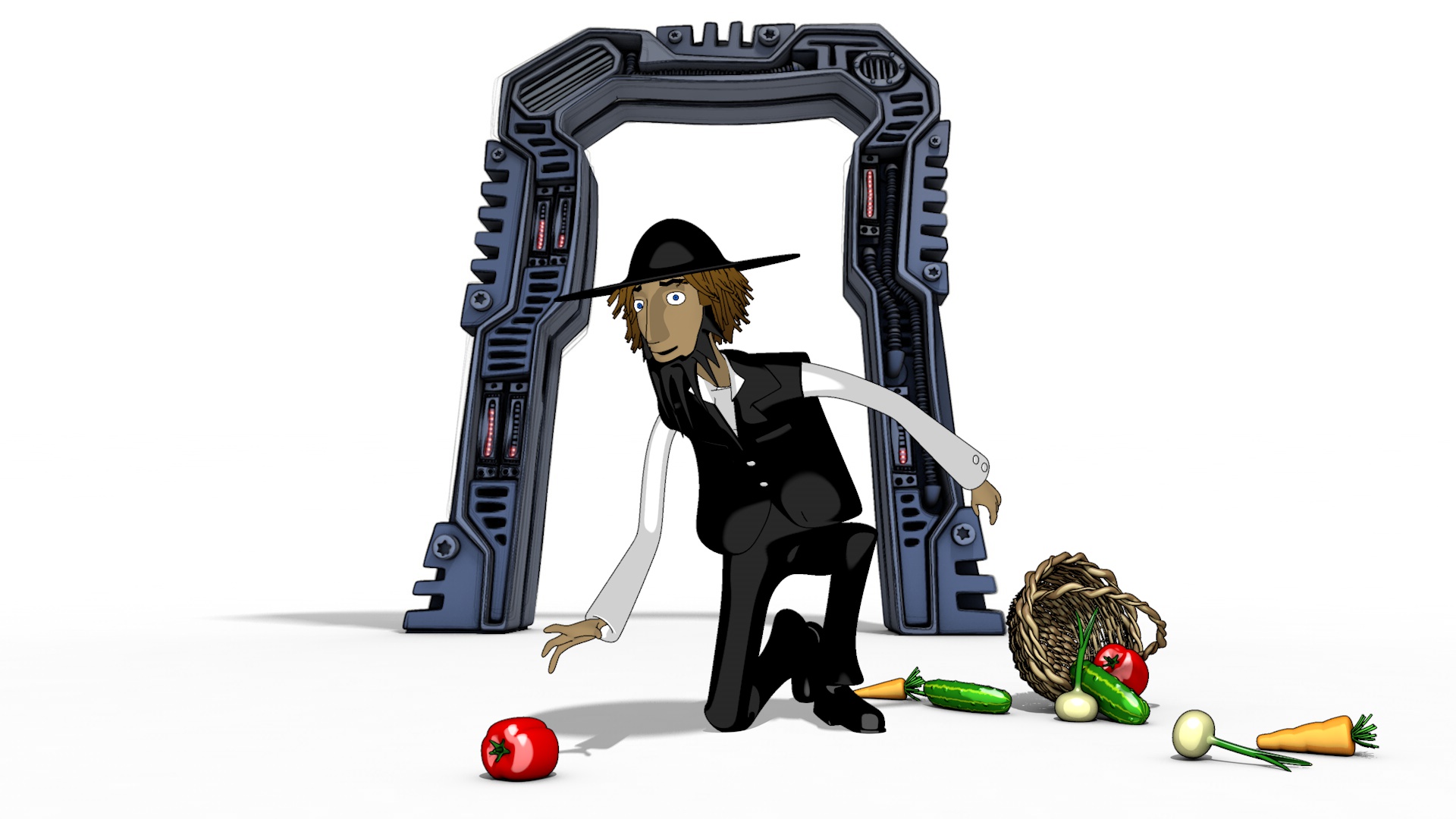 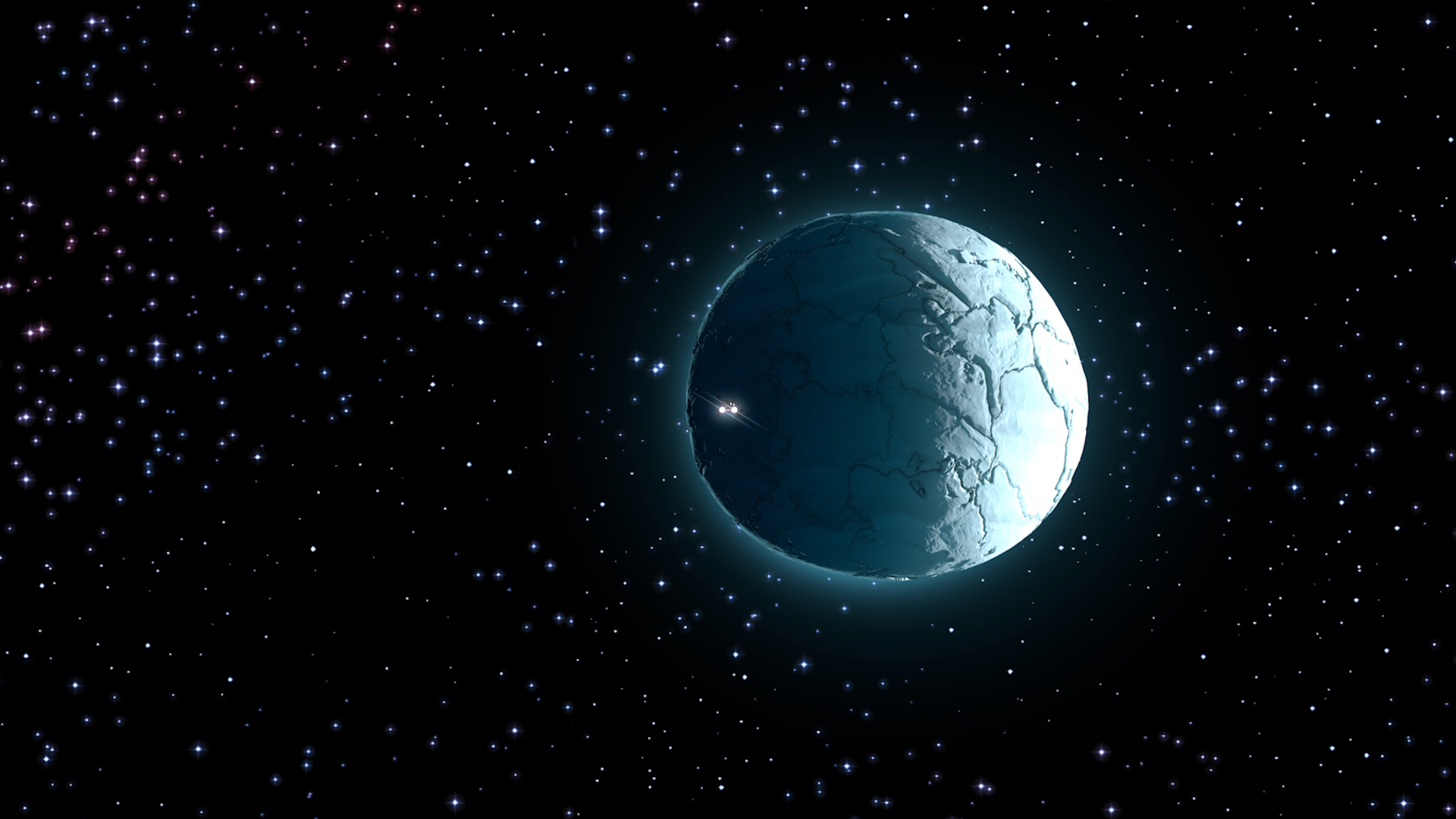 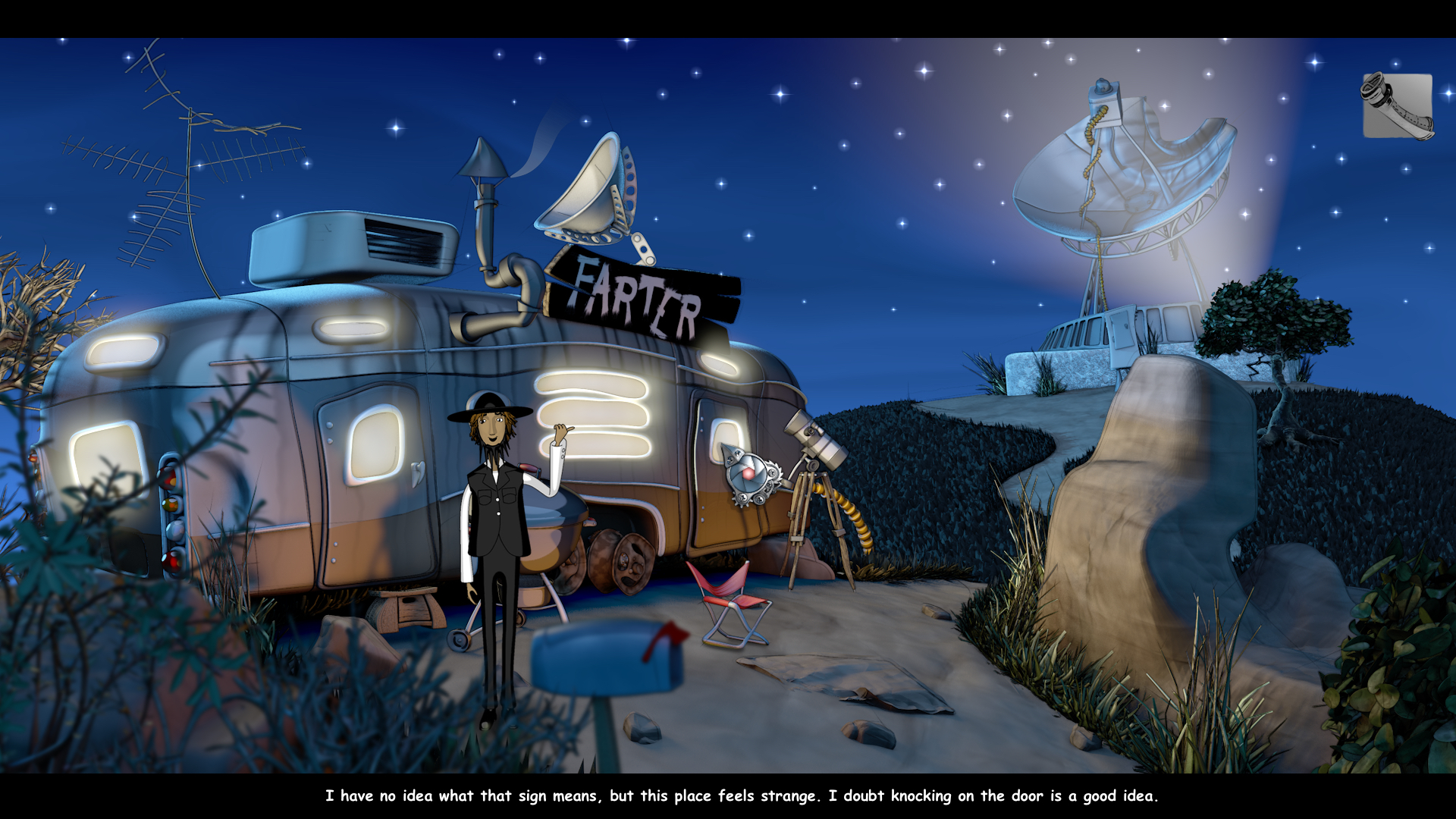 Thank you in advance! The Deaf Bird Entertainment Team

P.S. Even if you can't afford to pledge then please consider sharing our campaign as every little bit helps!

A Little Less Desperation is now on Steam Greenlight

A'llo all, we would really appreciate it if you could show your support by voting for our game on Steam Greenlight. Cheers.

So... finally we have some trailers for you to gawp at open mouthed in anticipation of how awesome this game will be! Just joking... not about the awesome...

A few days ago (or so) the dev lead asked me to add dynamic blinking to the main character for the idle character animations. He wanted the character...