A Little Less Desperation is an homage to the classic gems of the point & click adventure game genre. Sure it might not contain retro pixel art but it does include a load of wacky humor, eccentric characters & puzzles bordering on the fringe between logical & illogical.

A few days ago (or so) the dev lead asked me to add dynamic blinking to the main character for the idle character animations. He wanted the character to blink at random intervals instead of at the end of each idle animation loop cycle. The solution ended up being pretty simple...

In Visionaire Studio we can force which animation frames of an animation can be played by defining the initial & end frame using AnimationFirstFrame & AnimationLastFrame. 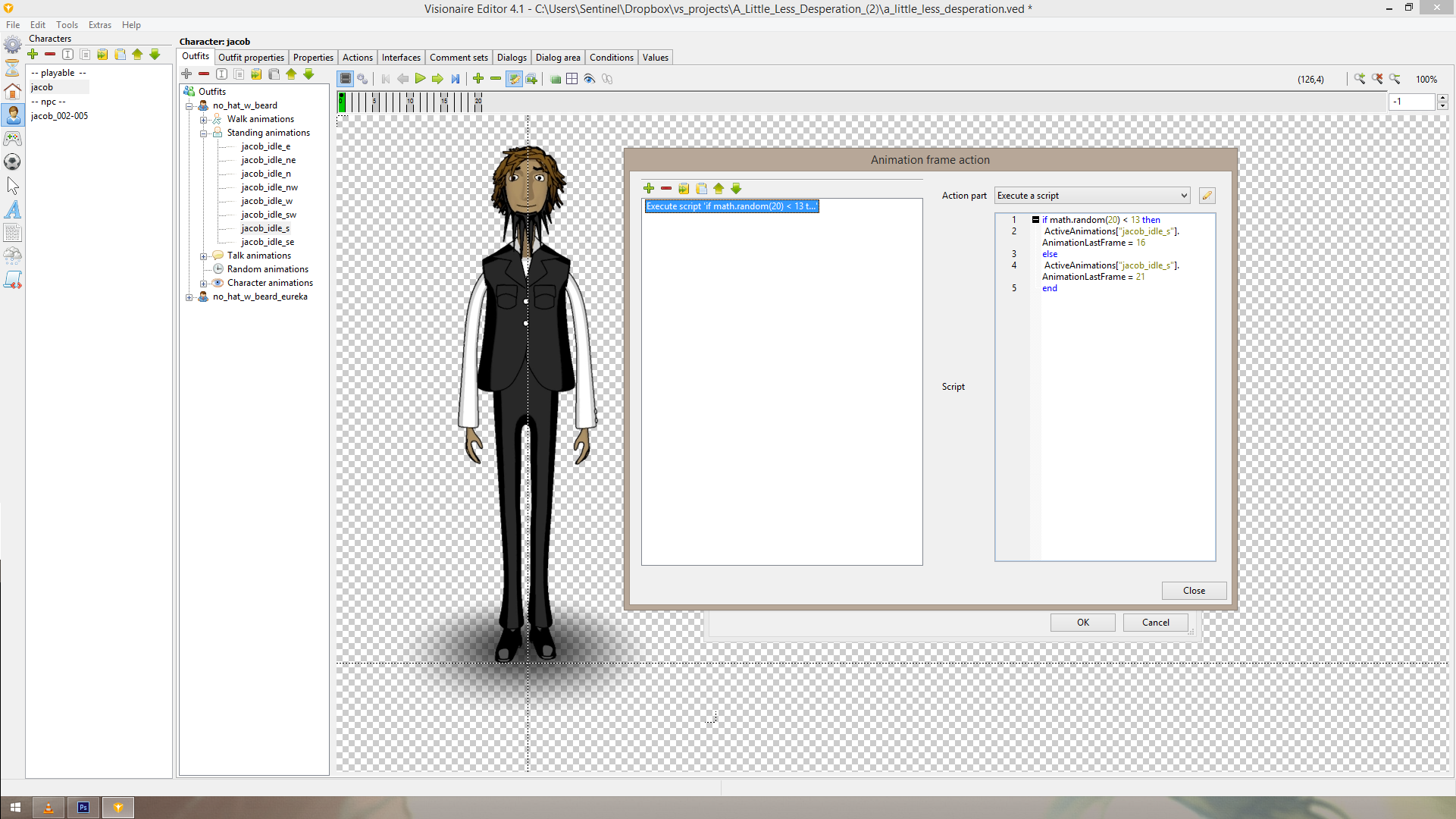