The time has come to leave early access and go into a full release. Thank you all for the ideas and feedback that has helped me make this game.

And worry not! More free updates are coming regularly with new mini games and game modes even though we're not in early access anymore :)

The full release is scheduled for October 1st and will be released together with the new upcoming update. 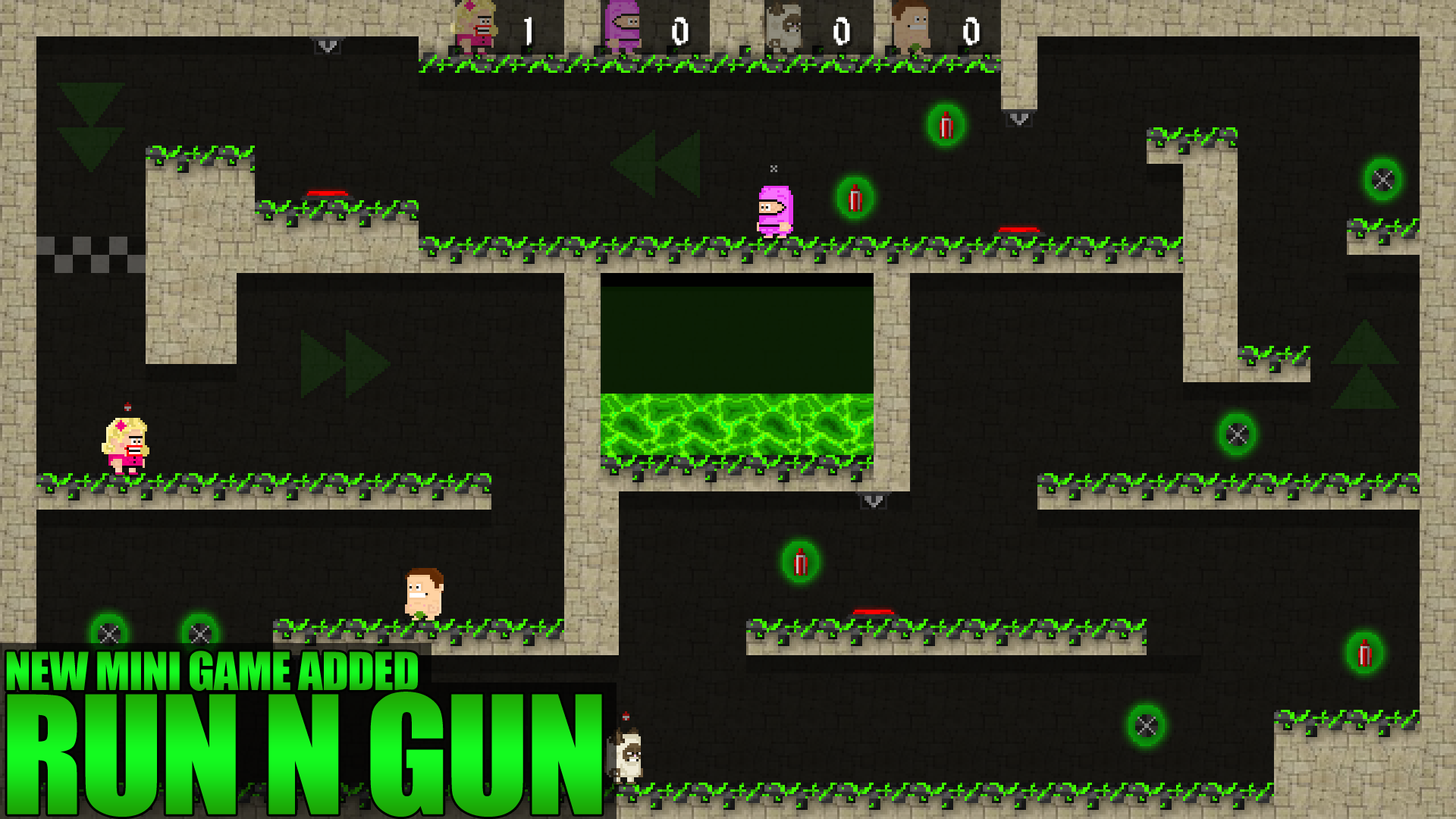 Run N Gun: Finish three laps first and shoot your opponents to slow them down.

Stay Green: Reach the green platforms before the electricity turns on.

Toxic Balls: Bump your way to victory and avoid the toxic goo.

Plus many others and with more on the way!

The game will continue to be updated with improvements and addons. So if you have feedback and ideas then feel free to post it on the steam forum so I know what you want :D And once again, thank you all who have been here from the start. Without your feedback this game wouldn't have been possible to make for a single developer like me. So thank you!

Much have happened since the last article and here are some news about the 8Bit Fiesta party game development.

8Bit Fiesta is getting packed with new features and game mechanics. So here is a short overview of the new stuff in the latest update.

Ready For Steam! Our greenlight story.

8Bit Fiesta has finally been greenlit and will be available on Steam on release. Thank you all for voting yes! Here is our story of the greenlight process...

We have finally added the anticipated fiesta mode! The game is now released as an early access on Desura and we have also updated the game with some new...