This is the first Starship Feature, which presents the workhorse of the EMPOL fleet, the Kilo Class Cruiser.

The Kilo Class Cruiser was developed during the EMPOL-AIAD War to meet several design requirements requested by the EMPOL Space Command. Kilos had to include features proven in combat against AIAD, without diminishing their ability to confront the diverse opponents which EMPOL faces in the Milky-Way. While Kilo classes are leaner than the larger Vegas class ships, with limited scientific or diplomatic function, they benefit from superior combat maneuverability and acceleration. Currently, Kilos are amongst the most numerous ships serving in the defense of Earth and her colonies, favored by crews and strategists alike.

The Kilo's role in the EMPOL Fleet is two-fold. In battle groups and task forces, Block I and II Kilo Classes make up the middle ring of fleet defence: between the picket formed by destroyers and the central command vessel(s). they usually provide medium-range gun and missile support in combat operations. Because of their versatility, Kilo classes may engage a variety of opposing classes, but excel at countering destroyer and cruiser type ships. Block III Kilo class ships are considered part of the second ring, but may stay closer to a fleet's command structure, while issuing orders to its fighter squadrons. 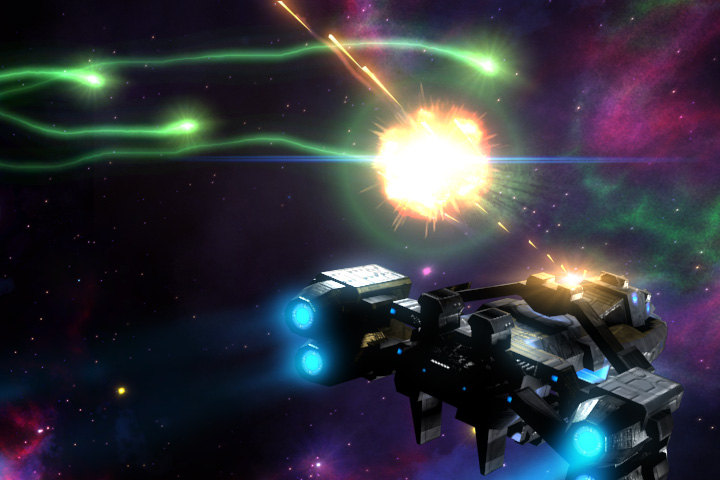 Kilos are equipped with EC-3 point defence systems; weapons capable of shooting down incoming missiles at close range. A Kilo commander will pitch his or her vessel up or down to expose incoming missiles to the dorsal and ventral gun mounts.

Though the turrets have excellent tracking and fire rates, they can still be overwhelmed by large volumes of missiles. 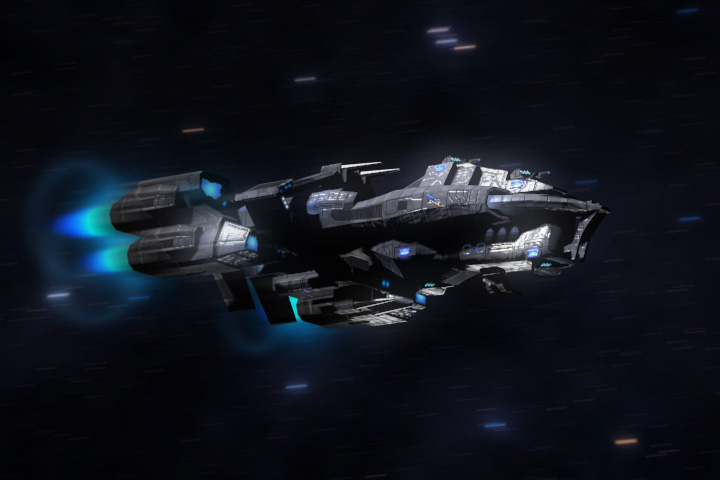 Like most EMPOL Ships, Kilo class ships are equipped with engines capable of a 1500% engine output overdrive. While this function is useful in providing an extra burst of velocity during pursuit and when avoiding incoming weapons, its primary function is to allow the Kilo class to quickly reverse its direction of travel.

Older vessels tended to spend long periods of time accelerating towards a target, only to fly past it and then spend an equivalent amount of time reversing their direction, before then accelerating towards their target again. Breakthroughs in gravitational-inertial compensation mean that ships can now employ the engine burst to increase combat agility, and avoid the dreaded Figure-8 formation in space combat. 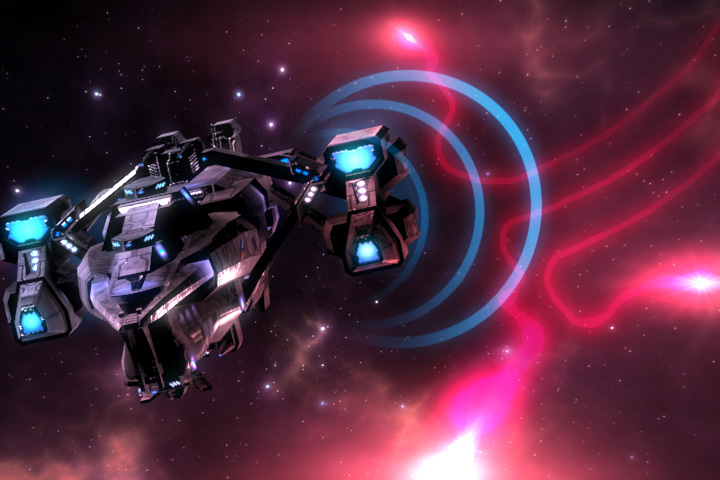 In the early days of the EMPOL-AIAD war, humanity's few combat advantages were often thwarted by the technical proficiency of the robotic AIAD war machine. Since that time, EMPOL has expended great effort to bring its forces up to parity on the electronic battlefield. The Kilo class is equipped with a sophisticated electronics suite, including SPY-6 multispectrum scanners and active countermeasures to confuse incoming threats. While still less advanced than the robot equivalents, which can create sensor ghosts and redirect incoming missiles towards their sender, Kilo classes are able to proficiently decoy and jam incoming missiles with the push of a button. Kilo classes are hardened against interference from stellar phenomena, enemy jamming, and nuclear battlefield weapons. 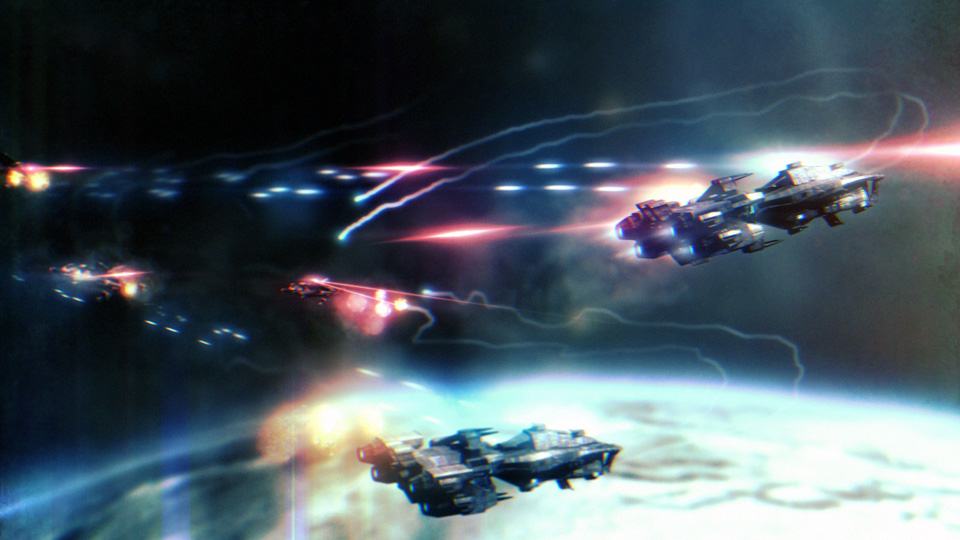 Gun camera still of the UMCS Sheffield and UMCS Burke in battle over Raynet B's moon, during the AIAD Conflict.

As before, be sure to check out the fully formatted version here (click on the KILO icon under Starship Features).

Additionally, I uploaded three pretty sweet wallpapers Alex made to the Gallery here. Be sure to check them out - heck, even I'm using them!

Very cool! Clearly you've put a lot of thought into the ship and into gameplay elements like acceleration and point defense. This looks quite promising.