In this entry we'll be talking about how we strive to achieve a more authentic look and feel for the levels that are set in the Greek art period.

First look at the Greek art style in ROA 2

One of the most unique levels of Rock of Ages were the starting levels that were set in the Greek art period. In ROA2 a few levels will also be set in ancient Greece, but for the sequel we wanted to achieve a more authentic look and feel to the Greek art seen in vases and ornaments of the time. 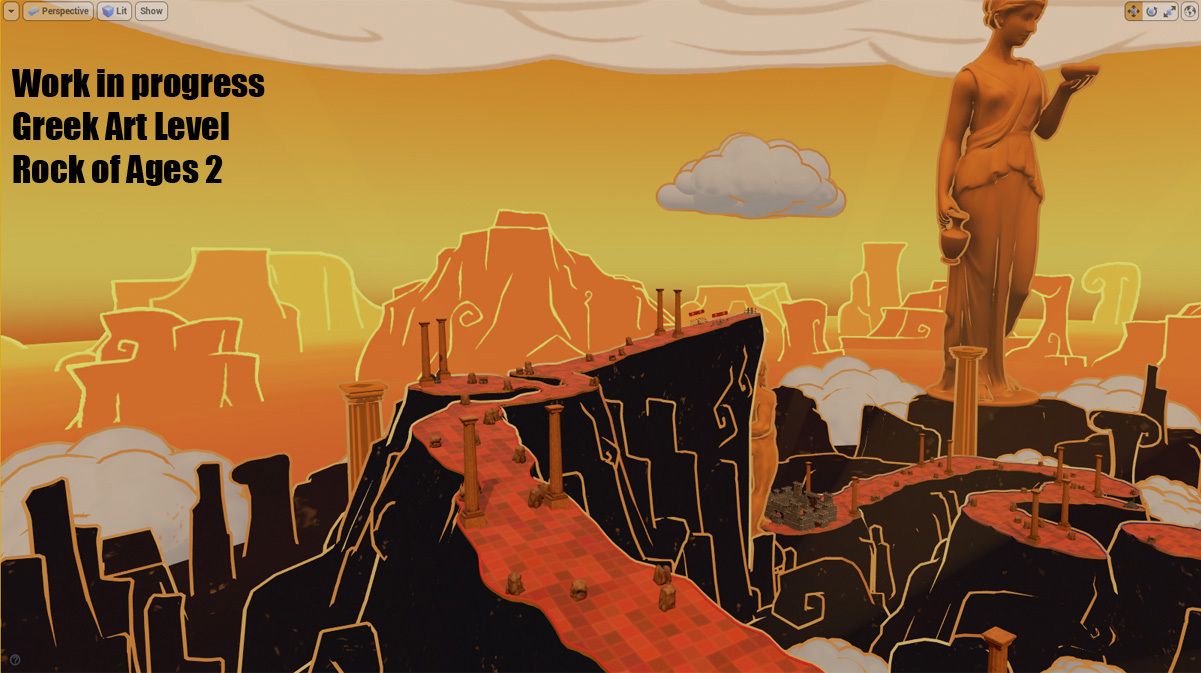 The main problem with Greek art is that it is very flat and “2D”, consisting mostly of good use of silhouettes and designs to create an image that is usually monochromatic in color.

In the original Rock of Ages there was a very distinct separation from the foreground and background in our levels, where the “skybox” was using a very illustrated art style, but the main environment was made of more realistic rock textures. The main challenge for us here has been to match the background and main environment using a non-photorealistic rendering style that simulates Greek art.

A game that excels at doing Greek art is Apotheon (which is awesome and you should check out). But in our case we had to do something similar in 3D. For this we came up with a pretty “old school” technique that used to be implemented in games to try to simulate a cartoon shader. 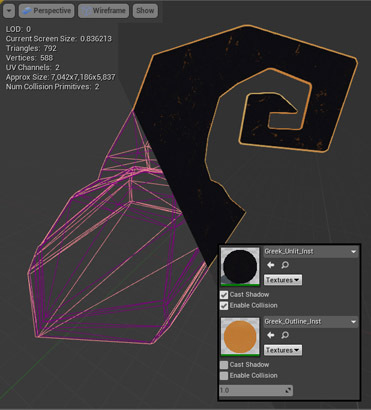 We basically create geometry with two layers, where the second layer has all the polygons of the base mesh overlapping but inverted (facing inwards) to simulate the stroke effect for the geometry. With a shader we control how much we “push” the reversed polygons based on the distance to the camera so that we can keep the stroke intensity consistent for all the image. The base material is unlit, so basically we have an extremely performance friendly implementation that has the following benefits:

Here are a few more examples of how the art style is turning out using this technique:

So, I hope you guys enjoyed this brief insight about the game development process of Rock of Ages 2. We will have more blog posts like this over time as well as articles about gameplay, mechanics, new features and more. Stay tuned!

Right on. I didn't know there was a second one in the works. :)