This installment of "Meet the team", we introduce you to Rob Steele, CEO and co-founder of Forsaken Studios, and Creative Director of Embers of Caerus!

This introduction blog was originally posted on our Community Site on 9th December 2011, but we figured that all you lovely indiedb folks would like to read about the whole team, so we will be posting these back-issues over the coming weeks! So, without further ado, allow me to present: Rob Steele!

I'll try to keep my intro fairly short since most of you have probably gathered bits and pieces about me from posts I've made in the past on our community forum. 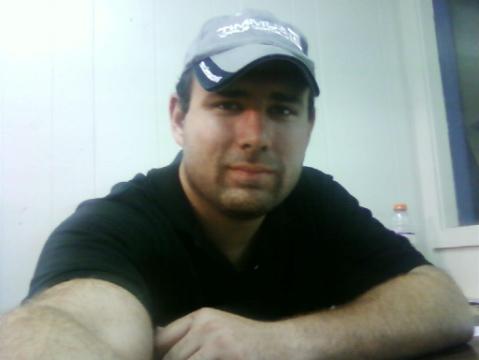 I'm a die-hard gamer, and have been since I was five years old, starting out on a Commodore 64. Of all the games that I had back then, literally out of thousands, I remember Defender of the Crown the most. Over the years, my family and I constantly changed what computers we were using, always after the latest and fastest. One thing never changed: my love for games of all kinds. In 1994 though, I played a game that changed my life: Meridian59. It was my first step into online multiplayer games and, perhaps most notably, my first taste of open pvp with full loot. Eventually I moved on to DAoC, a game which introduced me to new types of group combat, factional wars and, most importantly in my mind, siege warfare. There was just something exhilarating about defending a keep as the attackers rained down boulders, arrows and magic, all while ramming your gates and bringing down walls. I didn't stop there though. I went on to play WoW, Warhammer, Aion, Fallen Earth, Tabula Rasa, Auto Assault, Mortal Online, Eve, and many others. I guess you could say I am a bit of a MMO connoisseur.

Now, at 28, I am still a gamer at heart, but I am also a father of three wonderful kids. My two oldest are five years old, and the baby of the family is two. I'm married to a wonderful and very understanding woman that not only tolerates my addiction to MMOs, but even occasionally plays them with me. In fact, she even hangs around on our public forums, and I think she's starting to fall in love with EoC as much as I have!

As the creative director of Forsaken Studios, I work on a little bit of everything short of coding and art. My job is to lay out the goals of what the game world will be like and help the artists and writers fill the world with things that all fit together and make sense. I also double as lead designer and spend a lot of time writing system proposals for discussion amongst the team, or laying out guidelines for one of our designers to create a specific system. 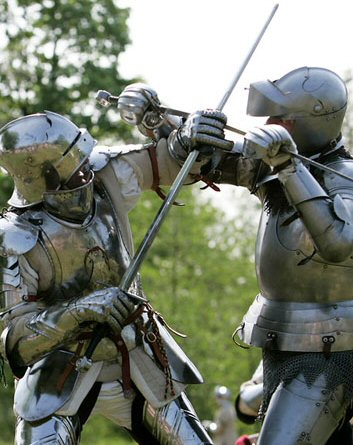 You guys might also be interested to know that, as Dave mentioned in his recent Interview, I was a full metal (full plate and real sword) combatant and even managed to win a regional championship some years ago. I also spent several years training as an apprentice blacksmith, though I've never earned the right to call myself a master. I hope to put those experiences to use and help make smithing and combat in EoC as realistic and smooth as possible

Thats it, that's me in a nutshell, as I promised to try to make this short and sweet! I hope you guys have a better understanding now of who I am and what I do.

Please, let this game be remotely close to being as good as meridian 59 was! I miss those hardcore games! keep it up!

Great intro, I wish you the best of luck.

I also want to start training as a blacksmith, I love making things with my hands. I should really start putting some more effort in to finding some places that will train me.