Get to know the story behind the GTVA's capital planet, Janus, located in the Beta Aquilae system. 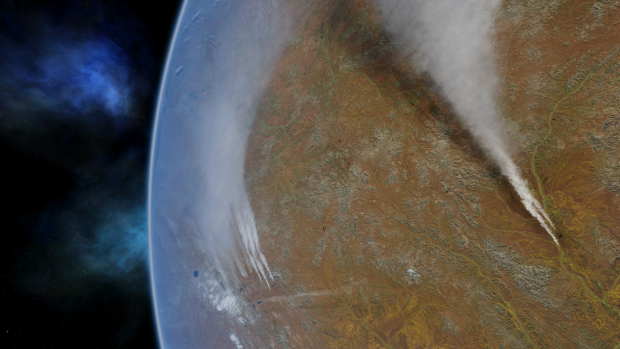 [This description is also available on the official Inferno forums, hosted by HLP]

An ancient world
Beta Aquilae III, also known as Janus, is a planet of critical importance to the GTVA. The planet's parent star, more than twice as old as Sol, is nearing the end of its yellow dwarf phase, and will soon transition into a red giant. Beta Aquilae's evolution has warmed Janus's climate over the past few million years. This climatological evolution is contemporaneous with a geologically recent major rifting event which fragmented the extant supercontinent into two major landmasses. A popular bit of apocrypha in-system posits that the first Terran explorers of the system thought the continents resembled two human faces, and so they named the planet after the two-faced Roman god of gates and transitions.

Natural resources and exploitation
Janus's primary strategic value stems from its vast mineral wealth. Approximately 215 million years ago, vast terranes detached from the major continents. When the terranes reunited with their parent continents approximately 120 million years later, those processes, combined with intense carbonatite volcanism generated by ancient subduction zones, created enormous deposits of Rare Earth Elements, or REEs. These elements are essential for the production of most technology, and have been so for the past four centuries. The original purpose of the earliest Janus colonies was to exploit these vast resources. In time, as the colonies grew and production expanded, Janus and its immense mineral wealth became the beating heart of the extrasolar Terran economy, second only to Sol itself. When the Sol jump node collapsed, Janus was the most populated and prosperous world in remaining Terran space. When the Beta Aquilae Convention dissolved the Terran regional blocs in 2358, the GTVA, recognizing the symbolic, cultural, and economic importance of the planet, chose Janus as the capital world of Terran space. 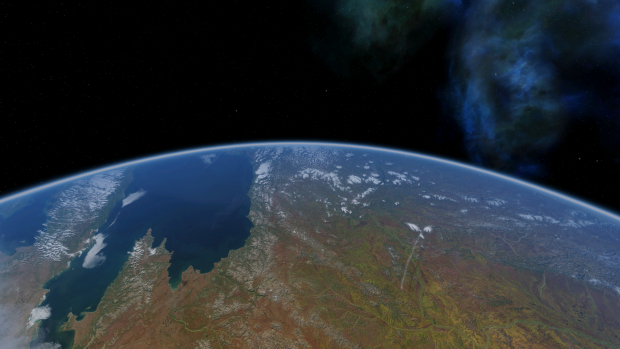 Climate and infrastructures
Janus's climate is warmer than Earth's, but with similar gravity and a breathable atmosphere, little technological intervention is needed to facilitate human habitation on its surface. Colonies, outposts, research facilities and factories have been established all over its surface, ranging from vast deserts to mountain ranges and areas with tropical climates. The planet is crisscrossed with a high-speed rail network integrating the major cities and REE production centers.

Strategic role of the colony
Naturally, the Earth Alliance has a major strategic interest in capturing and holding Janus. Not only would the seizure of the Exiles' capital be a devastating blow to morale and potentially cripple GTVA leadership, it would also secure a supply line for an essential strategic resource that could support further military development.