Post feature RSS Hello. Hello. We are the Modding tools.

Evening all, as promised here’s a quick midweek look at the modding tools for RC3 that are currently being developed by the wonder that is Mister EasyPickins.

The bottom line is that the forthcoming update will have much more complete modding tools and modding support – with a new version of TileZed and the new WorldEd both fundamentally speeding up the process of making maps. Once RC3 is off the starting blocks we’ll release these alongside an official modding competition – and, if you lot are up for it, then we’ll hopefully see some cool stuff rearing its head.

Once we’ve hit RC3 mods will be… well… they’ll be a lot more modular. Anyone familiar with, for example, Skyrim mods will recognise similarities in the RC3 build’s new modding architecture. A lot of mods for current versions of PZ require the overwriting of files, so it’s sometimes difficult to get them to play nicely together. In the new code we’ve altered the mod architecture to allow for mods to reside completely in their own directory, and to override any files with the same filename as a file in the mod. As such, this’ll let us support enabled / disabled mods, which’ll then allow you to disable mods without uninstalling them - or indeed dabbling in mod ordering to help with those mod compatibility issues.Throughout the game, then, mod support will be far more robust, and allow for easier combinations of non-conflicting mods while you dodge the zeds.

a) The WorldEd Ends With You 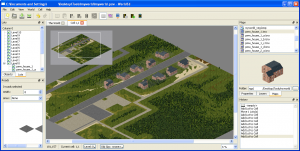 Your first step in map creation for RC3, and beyond, will be to create a bitmap image which you can draw straight onto in your favourite art package. Different colours will denote grass, dirt, sand or road. After this you’ll create another bitmap, which’ll allows you to specify foliage - mainly the trees and areas covered in long grass.

These can then be fed into WorldEd, which will generate tmx map files for every 300x300 sized cell that your lovely new bitmap covers. Using this new tool it'll be easy to quickly generate huge areas of wilderness - with moddable rules for exactly what tile combinations can appear on your lovingly placed colours. For example, adding berry plants for people to forage will just be a case of adding them as a low probability tile that can appear on a certain type of foliage.On top of this there’s a road editing system, where you can place sections of tarmac with differing tile selections and draw them around the map – so easily editable transport networks will be a lock.

The WorldEd program will also let you look around your world map and double click any cell to zoom in – letting you see it as it would appear in TileZed or in-game (minus the lighting). It’ll also be a cinch to drag over TileZed files (such as buildings) directly onto your WorldEd map to place them. From WorldEd, too, files can be exported directly into your own world directory and inside a mod directory that’ll be available to play straight away from the main game menu - if that mod is active. 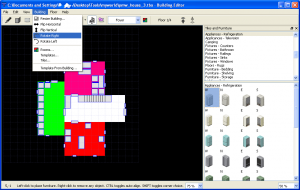 BuildingEd is an extension that sits inside the new builds of TileZed (the map editor used in currently available builds of the game). You may remember a video of our early from a while back. ( video link)This is now much more powerful, and will let you create multi-tile objects (such as beds, baths and wardrobes) and place them as single entities that can be moved and rotated – and even have them automatically align to walls. If you want to ‘dirty up’ your soon-to-be-safehouse, meanwhile, then you’ll be able to auto-place grime on the walls and floors.

On top of this, BuildingEd has a ‘named room’ system which’ll tie into the game’s item spawning system. Add in a kitchen and it’ll automatically have kitchen-type things spawning in it – soup, can openers, the works. You’ll also be able to create templates from existing buildings, which’ll allow you to neatly and systematically build similar buildings using that same decor and furniture. You can now also add roofs to buildings using various different slope designs, which takes a bunch of pain out of adding gradients to the tops of your brick monstrosities.

Finally, while you’re playing architect there are two ways to view the action – either from a top down perspective or an editable isometric view – which you can switch between at will. Pretty nifty huh?

That’s your midweek rundown on where we’re going with modding, then. It’s potentially dry content for some, which is why we didn’t go crazy with it in a Monday blog, but it’s also what the PZ team are most excited about when it comes to our community and future Zomboid. Our eternal thanks goes out to EasyPickins for all his hard work.

Wow I am liking that! They look very user friendly!

Hello. Hello. You are awesome!

You certainly know how to make up for a delay! Can't wait to see what people come up with for this, the inevitable is of course a huge shopping center but let's hope some more imaginative people take advantage of the tools.

Awesome! Cannot wait to use them!

Hey. I was wondering about something regarding this;

"Using this new tool it'll be easy to quickly generate huge areas of wilderness - with moddable rules for exactly what tile combinations can appear on your lovingly placed colours. For example, adding berry plants for people to forage will just be a case of adding them as a low probability tile that can appear on a certain type of foliage."

Basically, is it possible to add new models, textures, or content in general to the editor? And, after that, the game?

Relating to the berry question;
Is it possible (Or rather, does the editor support.) to easily change the directory, or group of items that the color calls upon? If so, is it possible to make several items spawnable, based upon their individual spawn % in both a single tile and over several tiles? (Based on the color area in the editor, that is.)

IE; if you set a single tile to host 5 different items, each with 10-25% to spawn, nothing else would spawn until the item was either removed or destroyed.

But if you set 5 tiles to host the 5 different items, every tile would host one. Whether the 15-25% spawn rate applies to the individual tile or for all the 5 tiles would be up to whoever edits it.

Seriously now. We're getting tired of seeing the updates but you never releasing it. Stop trying to release the perfect game and release it patch-by-patch, like Minecraft. Who cares about a few bugs? Certainly not us. We've been waiting long enough, and you OBVIOUSLY have the content to release a next stable update. Just come on, seriously.

read their post carefully and you will notice, that in order to be able to release a patch in a more frequent way, they had to make serious codechanges and edit them so there would be a more module-like code. The problem was that content they added in the new release often made the allready tested files wonky, which than had to be hotfixed with some last-minute codeing which in turn often made the new content wonky aswell.
This resulted in the complete perversion of a testbuild, since the content that needed testing was damageing the existing code, while it could not really be tested at all.

They simply needed to make the code more transparent. Thats why they need such a big break. They basically RE-write the whole game by aligning the code anew.
It has nothing to to with a perfect game, but with being able to release patch by patch.
It's was basically faulty project-planing ;)

they are trying to make things work as well as they are also for their steam release, not to mention give us one HeLL of a pay off for being so patient. Believe me A pit of Chaos boils in my gut with anticipation for this games eventual release, but there is more ground work to cover than I feel they have staff for ( aside from all of the wonderful contributors). some things if they where to release now might be dredfuly unplayable, and you know how the internet gets when they are handed unfinished work they paid for, even when they were told up front that it was going to be un finished. much like the DDOS attack minecraft servers got when they(just he at the time) took to long to fix an already clearly alpha product. the indie stone crew seem to want to avoid the problems of the ones who came before them.
seriously, calm down , read up on coding, and when your brain stops melting you will understand why you are waiting so long, then you won't be so impatient.

Does this mean that people will be able to create a mod of the town/city they come from and combine it with all the other mods created by other players to create a kind of massive meta-map containing all of the mods?

I mean, could this lead to a giant continuous playable map of the uk for example?

What about multiplayer? would it ever be possible to meet other players ingame and interact with them in the future?

Multiplayer is ok but, you would need to spawn a massive map for supplys as even 4 players will exhaust a normal map quickly.

then they should add so you can make own food like a farmer, a river for water etc....

I cant wait for this update!!!!