A dive into our combat mechanics + showcase of blocking and flinching systems.

Hey Everyone, I am back with another Dev Diary! Before we get into it, I want to thank everyone in the Indie DB community for their continued support and interest in Project Grand Vault. For upwards of the past year, Project Grand Vault has been a part time commitment of mine. Working a 9-5 job with a 3 hour commute doesn't leave much time for development. However over the last 2 months I decided for the sake of Project Grand Vault it is probably best for me to quit my FT day job. The transition was a little rocky, but ultimately I am now able to dedicate a far greater capacity to PGV. I look forward to sharing content with all of you on a much more regular basis. So, without further ado let's get into the Dev Diary.

As some of you might be aware, one of the protagonists of PGV is Vance Velemund (pictured below)He's the character we have been focusing on developing first. Sorry no love for Maya just yet ;) 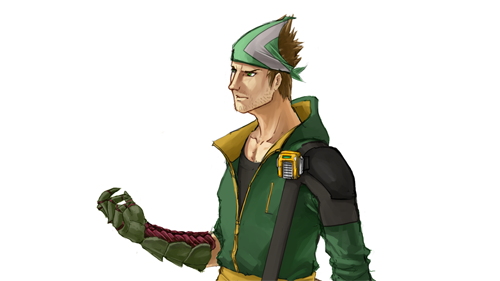 Both characters fit into what we have been calling our Mechanics Template. Essentially, it's the framework that our characters will fall into, allowing them to feel unique but also function effectively with the existing game environment. For Vance it looks something like this.

For this Dev Diary, we will be looking at Vance's Skill Stance.

In Project Grand Vault the face buttons: square, triangle, circle, and x (on a PlayStation controller) are used for light/heavy strikes, evade, jump and interacting with the world. Combat is further augmented with the execution of special skills and powers. These powers are accessible when characters enter their skill stance, done by holding L2. (on a PlayStation controller). But that's not all, the Skills Stance offers a functional feature.

proxy anims please bear with us

For Vance this means entering a blocking stance. Vance can block incoming damage while in skill stance. But his ability to block is dependant on Stamina. (the yellow gauge).

But how do we determine how much Stamina gets depleted on impact?

We determined this using a range of integers from 0-5 each driving the desired result. 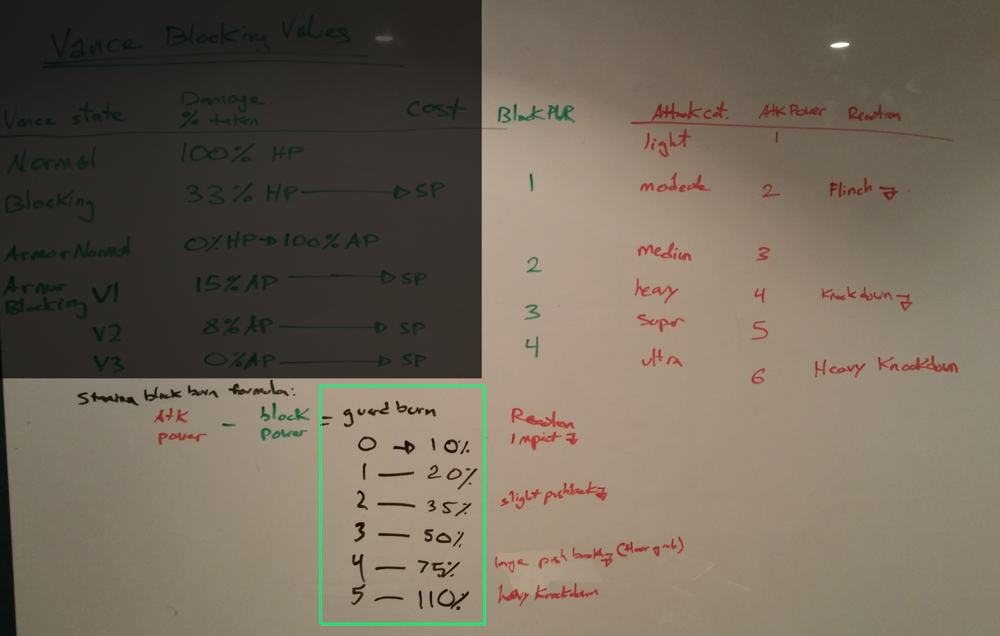 The 'guard burn' integer is calculated by taking the enemy's attack power (each enemy attack is assigned a ranking from 1-6) and subtracting it by Vance's block power (which increases as he goes through the game).

Below you can see how the brainstorming whiteboard was implemented in UE4 using BluePrints. 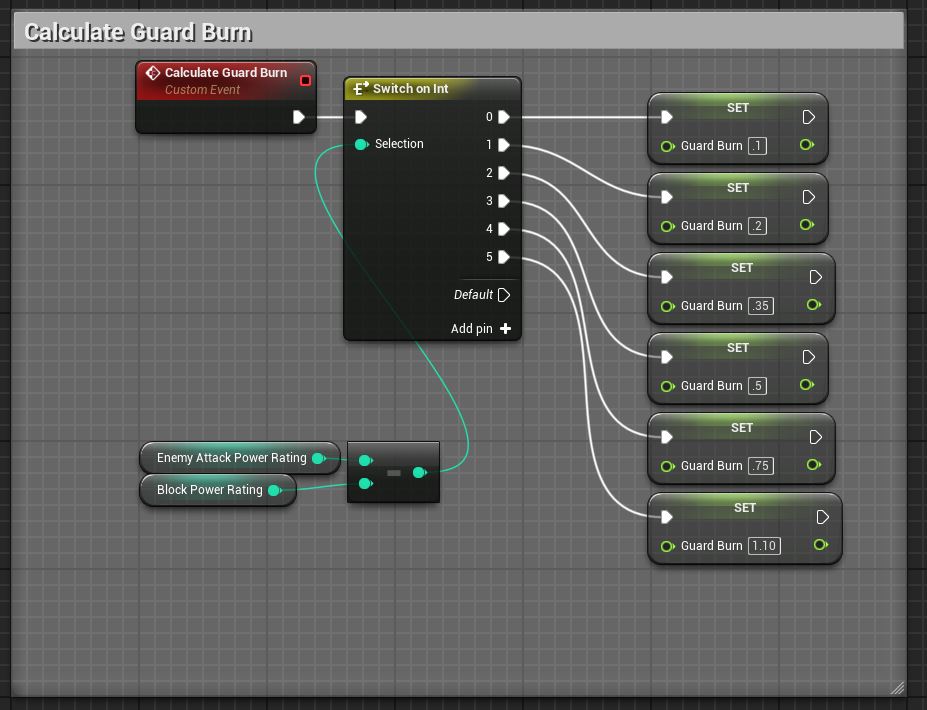 And with all of that in place, we are able to have our functioning Health and Stamina, as well as Guard + the appropriate reactions. Take a look at the video below! (and remember that animations are still WIP please go easy on us)

I hope you enjoyed this look into the development of Project Grand Vault. I plan on bringing more meaningful content to the IndieDB community.