Post feature RSS Clarification of the Game's themes and lore

Apparently there has been some confusion as to who is actually developing this game in a primary capacity, and also confusion in regards to what the game actually is, or is about. I will try to clarify that here, as I cannot seem to edit the main description. 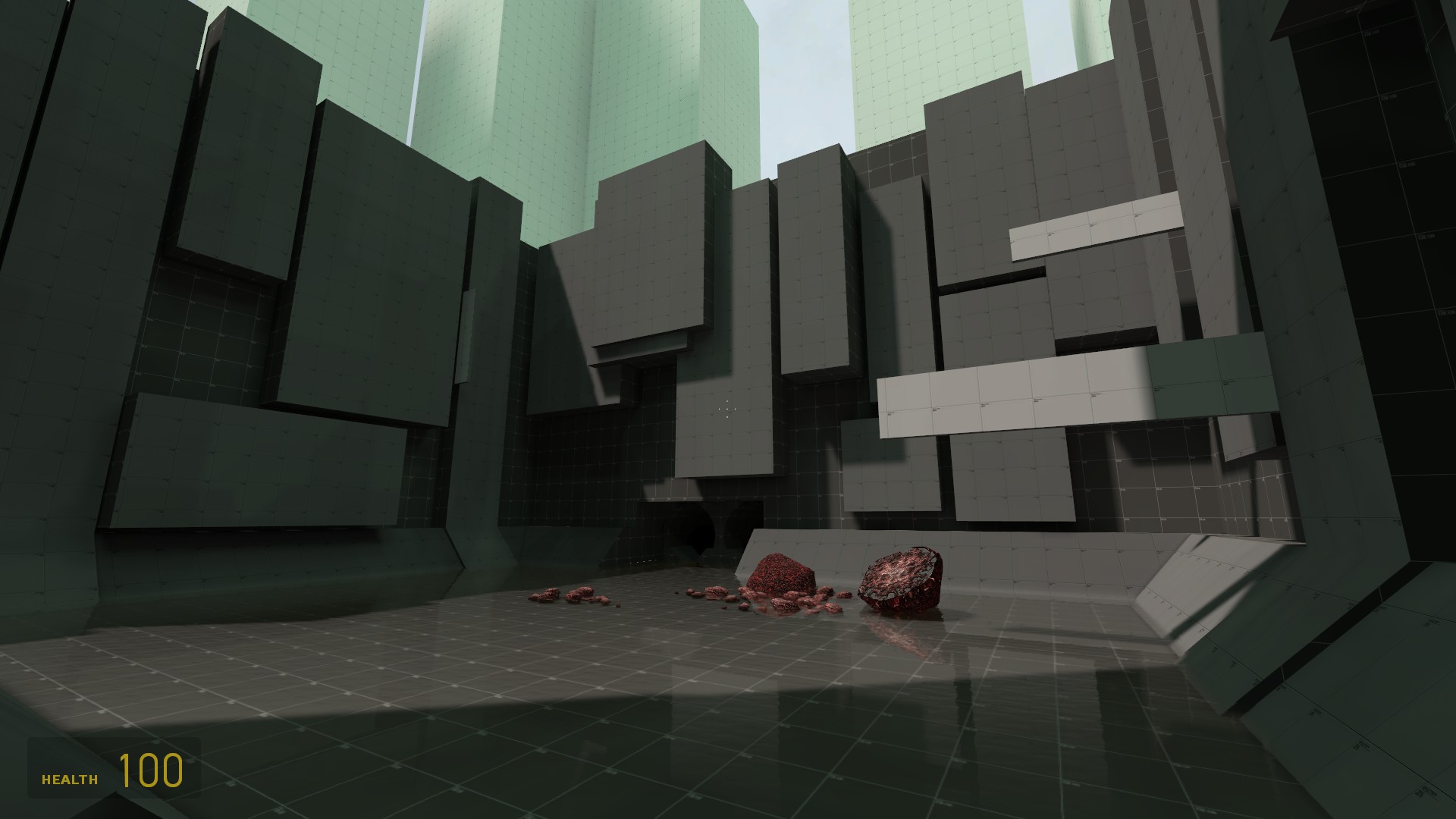 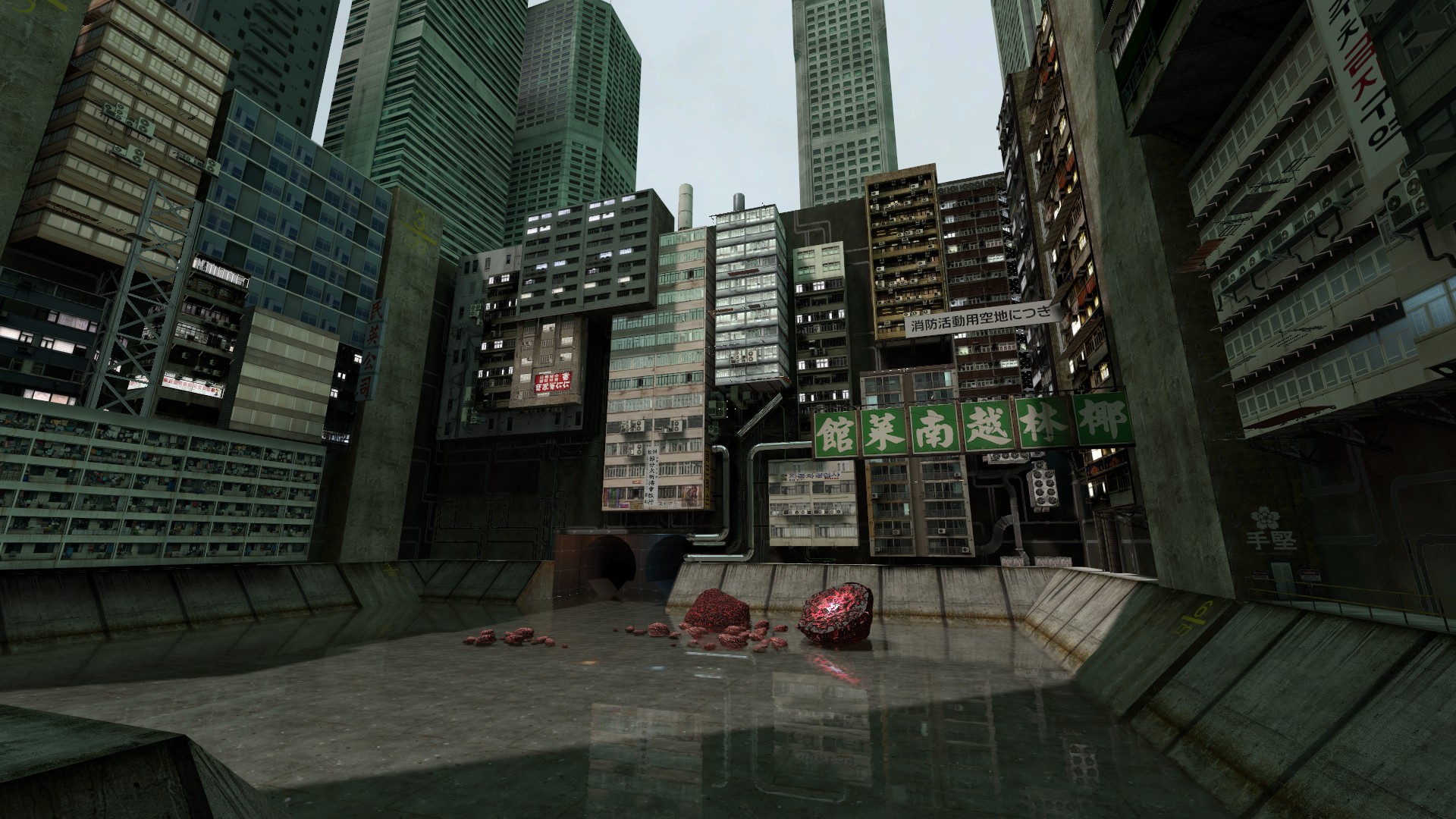 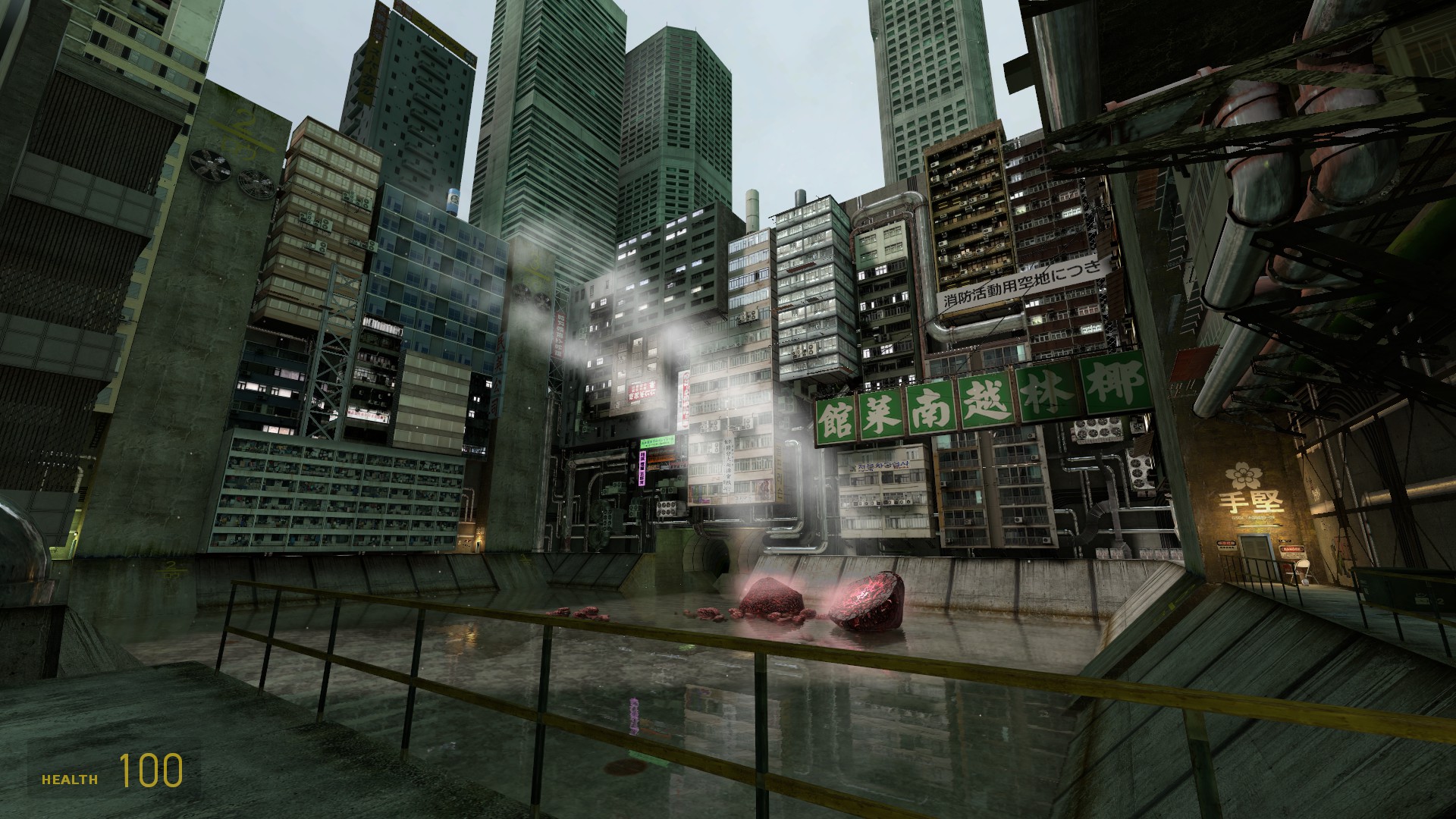 First, a new scene from the game, seen as a blockout, basic textures/props, and then the final custom art pass/particles. scene is still WIP without fog and color grading but i figured i'd show something off so maybe someone would actually read this. 10 points if you know what scene from a famous anime this is inspired by! (minus the asteroid)

I am Wray Ayrton Burgess, I am an indie game developer and freelance games artist from Florida, currently residing in North Carolina. My main abilities in game dev are character/weapon animation, level design/world building, lighting, and environment art. I like cyberpunk scenery, tricking, skateboarding. Here is my art station:
Artstation.com

I am the principle developer for this game. My main co-pilot is "ThatsRidonkulous" from the SMC discord, (who I do not know how to associate with this game on moddb)

Wolf is NOT the main developer on this game, and helps out in a rather small capacity. Direct your questions about it to ME, PLEASE! Wolf and I decided to team up as a studio with our other friend TheK a while back so that when one of our games gets more popular, they all do if someone looks up other work by the team "SerygalaCaffeine". You'll notice we share themes of making short, usually somewhat janky, atmospheric single player shooters reminiscent of the early and mid 2000s. Check us out.

The moral of the story is that Wolf and I develop games alongside each other, we do not work on the same game directly together.

Studio RADI-8 is in no way affiliated with the development of this single player NeoTokyo-inspired game, which is a "fan-game" in many ways, paying homages to/taking influences from lots of different inspiring cyberpunk works. I merely have PushBAK's permission to use the game's media and namesake to indicate it is a tribute and does borrow characters and lore from NT source.

"Kshatriya" the subtitle is an episodic single player shooter series developed also completely by me, with occasional assistance and consultation/feedback from Wolf. Having given up on FPS Creator and Gameguru for the project as they had proven to be incapable of performing at the capacity I needed them to, (I kept making entire episodes and then the game engine simply cannot compile them, or load them once they were compiled due to strict memory limits and memory leak problems) I directed my attention to doing the game in Source SDK 2013.

Source has proven to be exactly what I was looking for, and has allowed me thus far to do everything I ever wanted to do with the series and handle it very well. I have been able to put much larger environments and bigger maps with more detail inward and outward, which calls for a much larger volume of art assets needed.

This being said, using NT assets keeps the development time and team size realistic. I kinda felt like, everyone else uses HL2 assets, I but I like cyberpunk, and was originally inspired to create kshatriya because of neotokyo (and wishing that there were free SINGLE PLAYER cyberpunk games) back in 2011-2012, so I made a map using many of Kshatriya, and NT's assets, showed it, asked permission to make it a whole game, and was granted it.

Here's an example of how the NT assets are getting used, A re-animated MX-S and FNTAC shotgun (I will be re-animating all NT stuff I possibly can since Kshatriya has tried to feature cool custom animations in the past)

Audio not final, we're waiting on Azulach (Kardian now) our sound guy to finish the gun sounds, then will post a full video of all the weapons in game.

Kshatriya's focus is different from NT, it is less a "tactical" shooter, and more an open ended action platformer. You will notice the gun animations are more vivid and bouncy to serve this. i wanted to make something that you could do a sick Mirrors Edge parkour speedrun through, or play like Call of Combat Modern Battlefield Duty Warfare 4, or anything in between and either way would be effective. The levels are largely open ended, and there is a focus on climbing and verticality. one of my design goals was to make even the fastest speed-run not have an OOB skip, and just require smart use of the environment. At the end of the day, I will be satisfied with a demo that's rewarding to play through more than once, and where trying something totally different when you die like going a whole different direction is a valid tactic.

So basically, it will be Kshatriya's single player gameplay, refined more as Ive improved over the years and source+ThatsRidonkulou's choreography skillset gives us more gameplay making tools and abilities, but using a few (sometimes more, sometimes less) of neotokyo's assets, as well as some from HL2. it is running on Mapbase source 2013 and a 3 level demo is expected to come out some time 2020. Based on feedback from the demo, the future plans for the game will be decided.

Finally, onto the story. I know, I am sorry, This has been a long post.

I have (on purpose) have tried to keep the story shrouded in mystery and intrigue. I'd rather you play the game and figure it out that way. it is revealed in the absolute smallest tidbits to keep the episode budget and development time low, and make it more of a never ending series (or one that ends when i want it to)

To put it to basics, it is the early 2100s, you play as Isaac Preston a connected drug kingpin, and Katsu Kleiner, his hired muscle/unlikely friend. Isaac is in search of the Kshatriya artifact, something astronomers have predicted for thousands of years would come to earth and signify the end of the world. It is rumored that those who posess it have ultimate power, but it causes side effects, especially to people with augments. The NSF is investigating you, but Isaac and Katsu are somewhat prepared

thanks, we have lots of games, go check out our stuff!

Thanks for the clarification, honestly all I needed to hear "Neotokyo" and I'm already hyped, especially since the original assets are being used. I'm super excited to see where this goes, best of luck to you guys!

Well this peeks my interest.