At the start of this year, I promised myself that I would be more active on IndieDB.com. One month passes by, and this is my first update here this year. You lazy bastard.

We started a beta type update last week. Why do we call this a beta type update? Because it wasn't polished enough to be an update so we felt that we needed some polishing before we release any update, so here we are with what we call beta test update! Now we focus on polishing. Aside from polishing, this beta test introduced many new features we'd been working on. They are World Map, Campfire, Relic, Card Storage among other things. Here's a development blog video I posted recently where I talked about these new features. 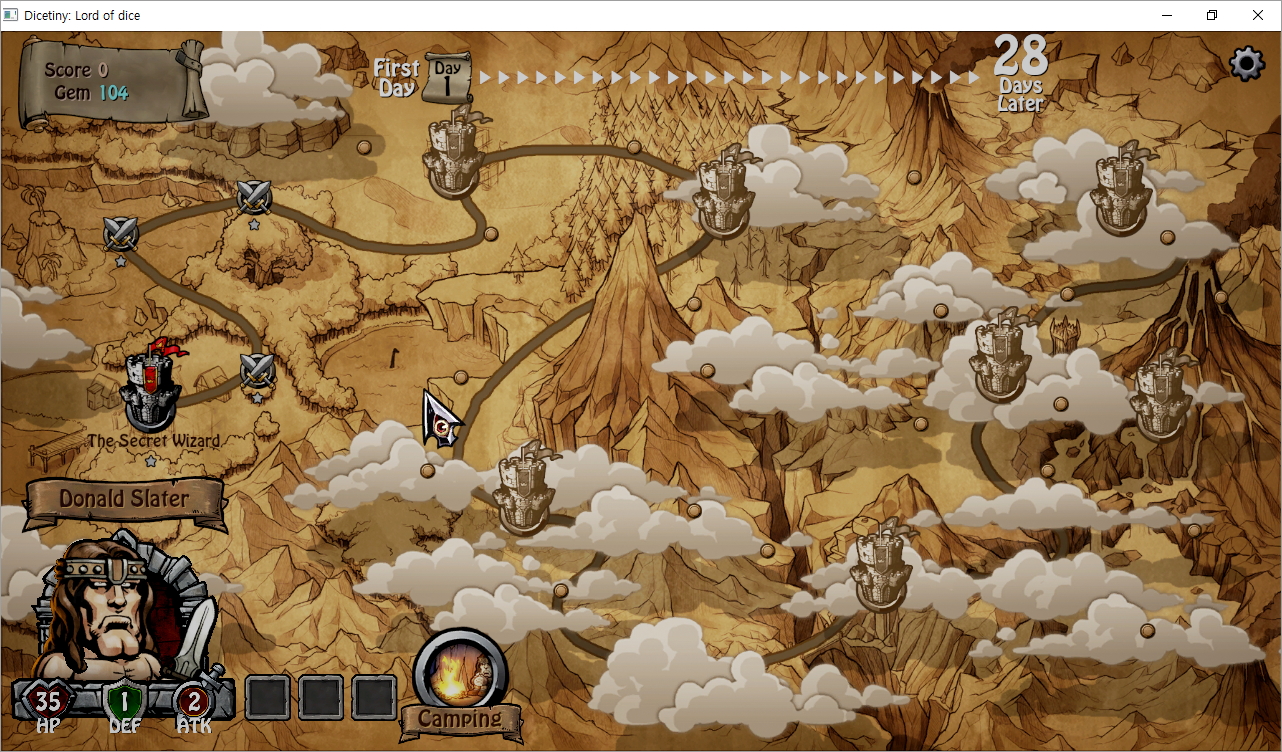 First World Map. inspired by the maps from Super Mario, you can challenge the stages that are currently unlocked in any order you wish as long as they are unlocked, however we're currently considering to make this a linear progression for most of the stages. Some stages are locked at first but clearing stages with a castle will unlock them. The goal of the game is to clear all the stages within a certain number of days given (In this case, 28 days) with each stage costing 1 day if you play it, which means if you die in a stage, that counts as 1 day, and retrying it will cost another 1 day. If you fail to clear all the stages within 28 days, the world is doomed, and will be ravaged by the ruthless force of Dead Serious. 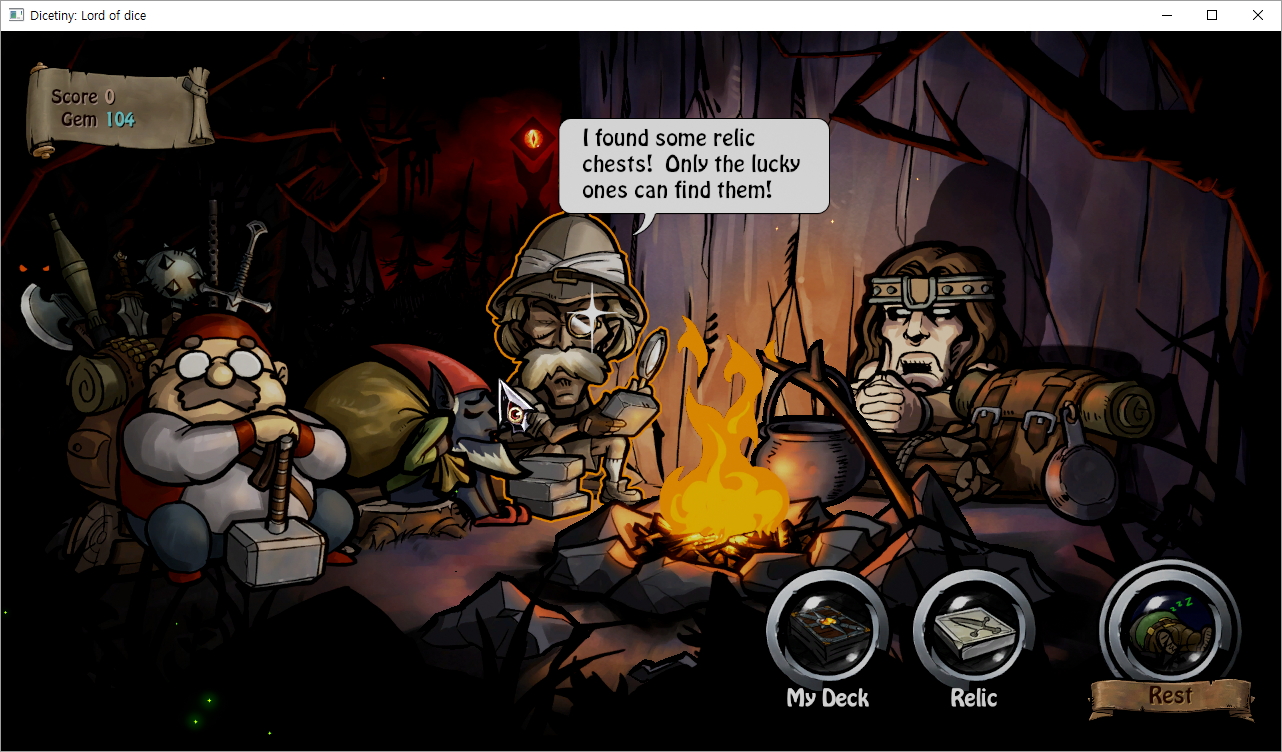 Campfire is where you can buy minion/spell cards as well as relics with the GEMs you earned by clearing stages. You can also manage your decks and relics. Entering Campfire costs 1 day so think carefully before you make that decision. 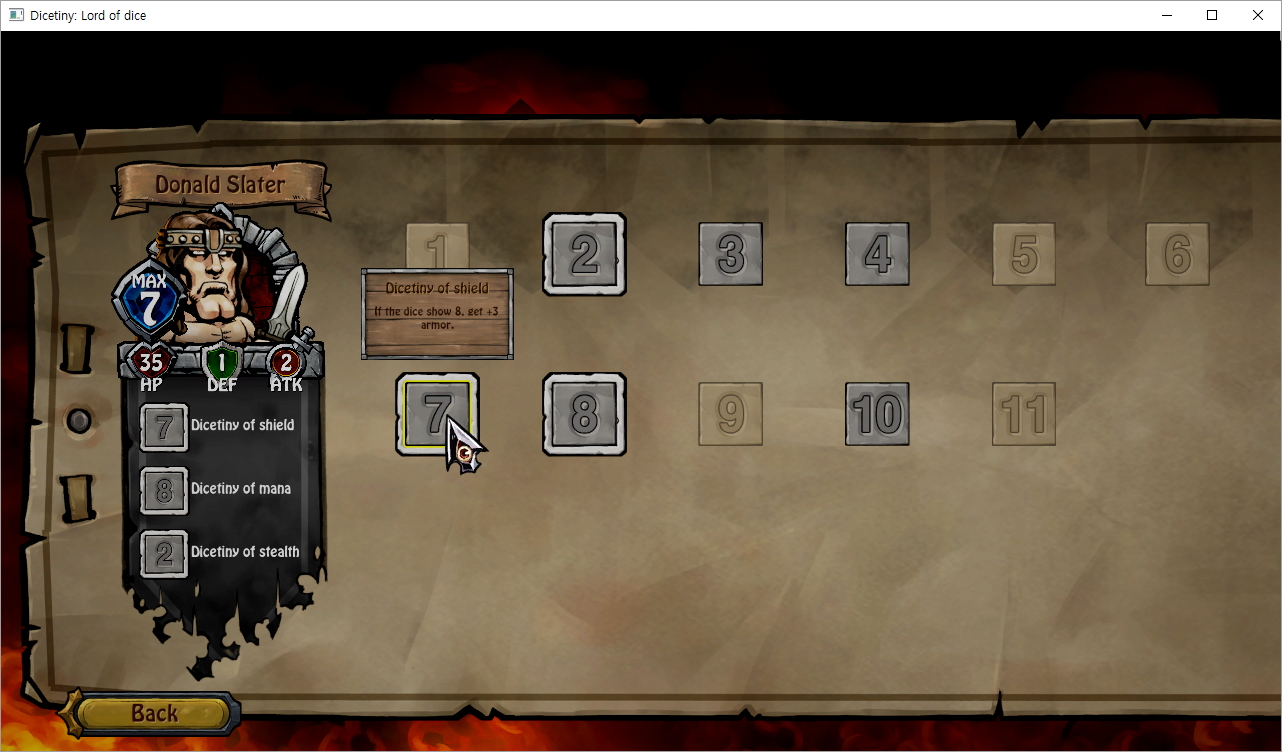 Relics are passive skills that are triggered if your dice show a certain number. Each relic is assigned with a number, and the relic's skill is activated when that your dice show that number. You can unlock relics by clearing stages, and can equip up to three of them to your hero. 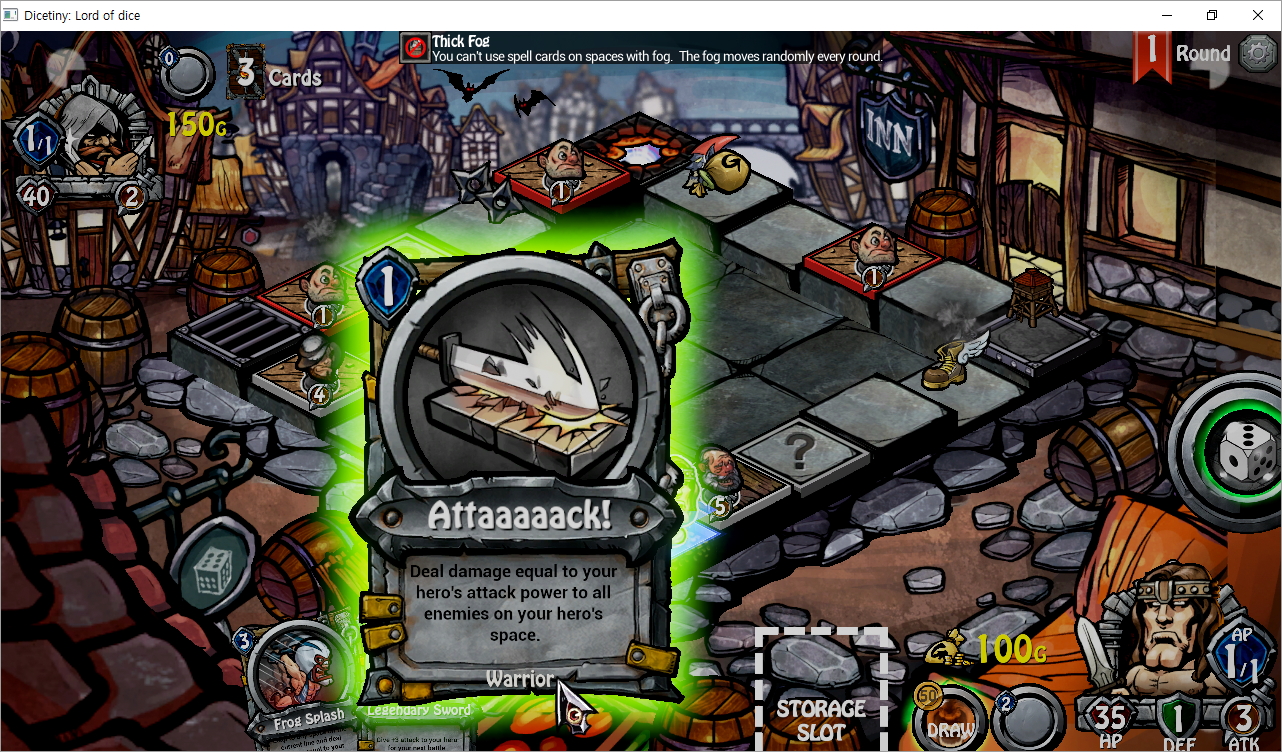 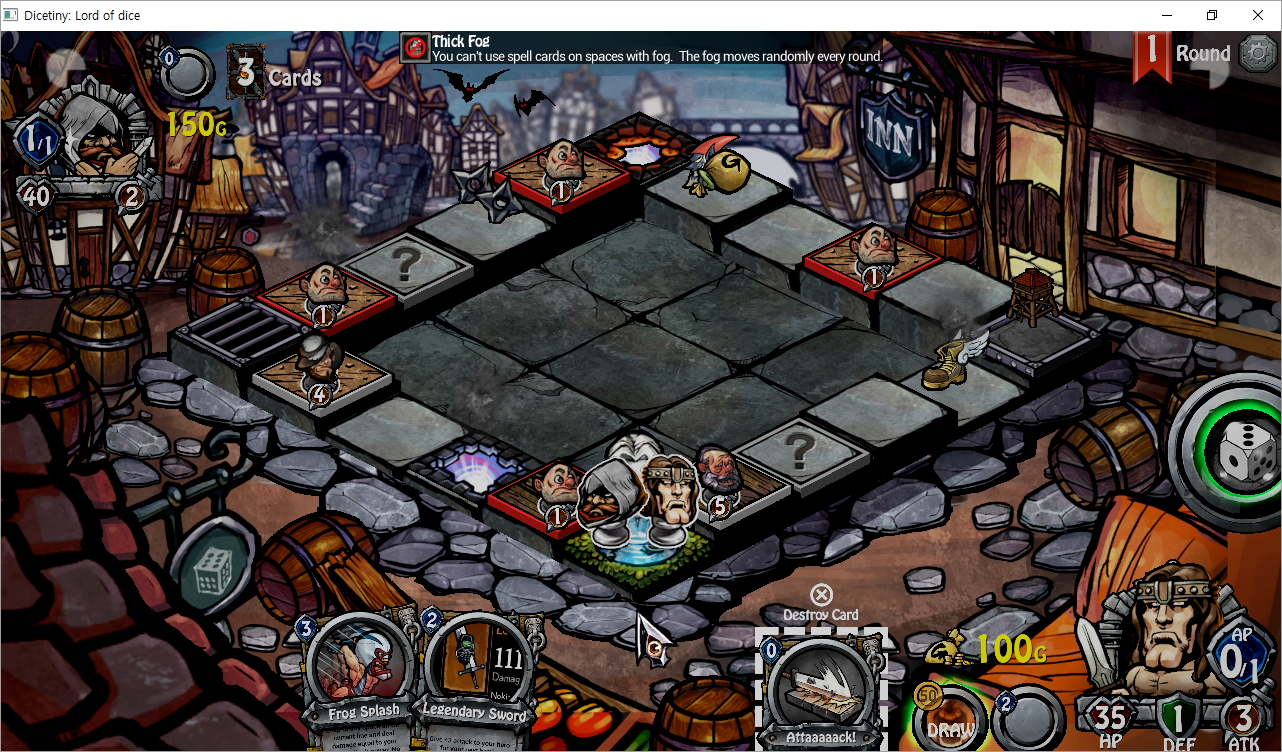 Let's say you have 2AP, and there's this card that costs 2AP but don't want to use it now, and save it for later. Then all you have to do is place it in your card storage slot (storing the card in the slot costs 2AP in this case), and use it when you think is the best time to use it. This will avoid putting that card back to your deck if you draw a card when your hand is full. This new feature is surprisingly fun and addictive, so give it a go guys. 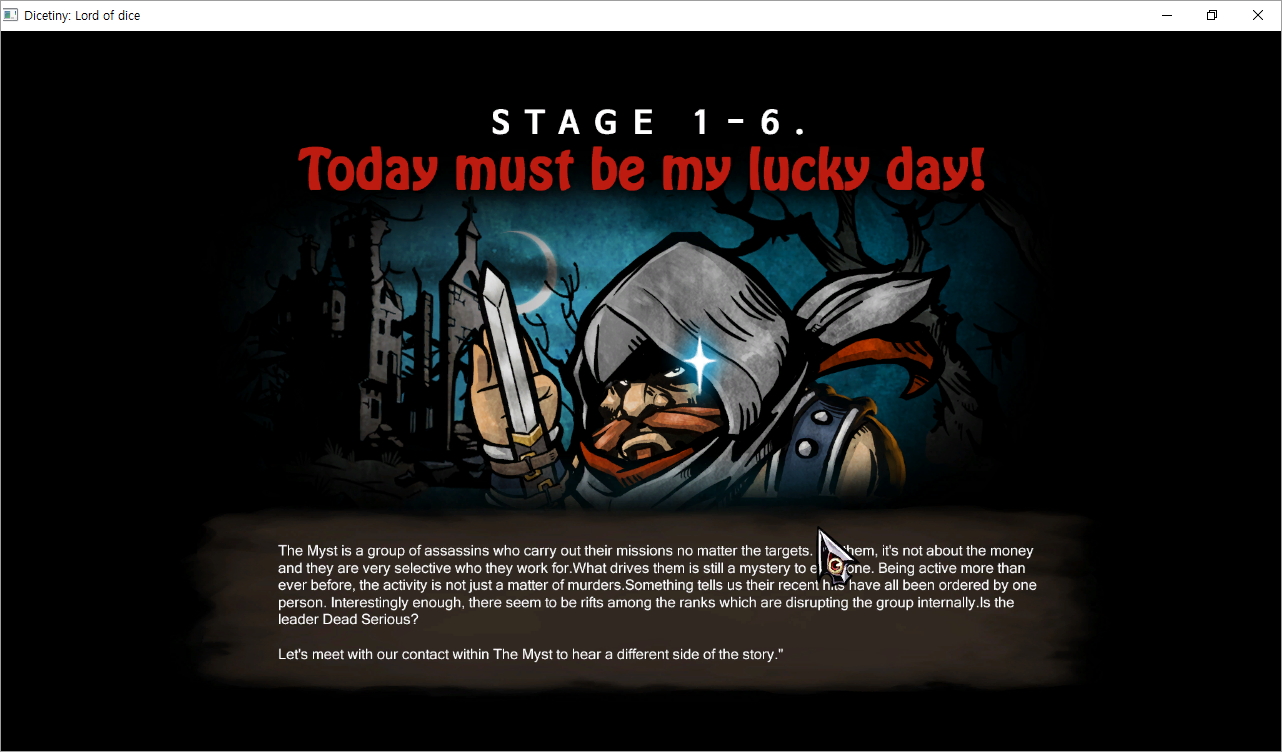 On top of these new features, we also made a few changes not to mention new stages with new enemy heroes. Now there's a probability involved whenever your hero land on a neutral or enemy minion. Depending on the probability, they can be bribed or not. This works the same with the enemy hero. This new feature is something we're testing, and may change it again if people are not happy with it.

Great looking game and it's been on my radar for a long while. Very excited about the progress and best of luck.

Thank you! I will be posting updates here more frequently so stay tuned! =)

Thank you! =) Looking forward to your paycheck day! =p