Based on a part of Terasology, EG3D is a powerful voxel engine for create animations, games and more.
EG3D be applied to the design of role-playing games (RPG) and adventure, initially for windows and linux, and then be adapted to mobile platforms and consoles
this engine is under development.

8 months ago that I am unrolling the graphic engine, and it began to have form, that's why, I came up with the idea that this sketch will be our project of 2012. EG3D did not sole show different- color cubes and texture in order that 3d form a world itself, but also integrate more graphic effects and optimize it to him for bigger performance.

But, although it seem a madness, when we release the beta version, get release a sdk in order that they may develop independent video games, although they be a madness ...
The sdk would be integrated for an editor of code, an editor of graphic interfaces, and a packer ( that we will call kitchen ), all this will be necessary for than the game work adequately 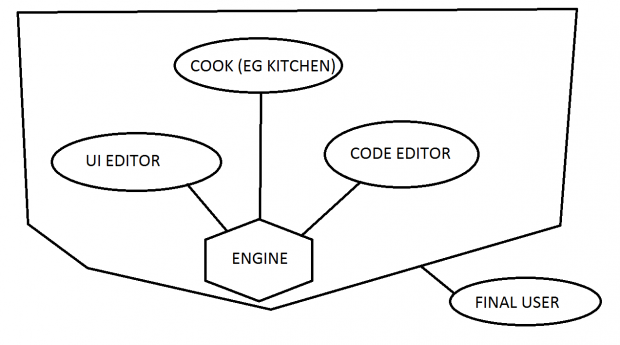 It can not be discarded that eg3d could having bugs, that we waited in the course of time to solve, with his instability of video adapters integrated of the series Geforce specially, and in intel pentium processors.

i'm emiliano, a while ago you send an email :D

ohh god yes :O! i have uotdated the jimdo's page. thi inof ralks about the first idea of the engine, but never develop with idtech 3.

thanks of say it, i going to update the page :D

I sent an email to one "emiliano", as it appeared to be the listed contact for your project. I'm still interested in discussing your intentions for this project, and I won't be very responsive on IndieDB.

Could you be more precise about the technology on which you have based your engine on?

In your entry summary on indiedb.com you state the following:
"EG3D engine is a powerful voxel engine written on java and lwgl."

Yet on your website,
Eg-games.jimdo.com
you say:
"With the power of OpenGL and IDTech 3, EG engine is a powerful engine based on Quake 3 Arena to get a very good performance and quality to play." (Google Translation)

Which one is it? If it is indeed written in Java and based on LWJGL, I'd be really interested to know more about how it differs from jMonkeyEngine, which powers voxel based games such as 3079 and Mythruna. We're always happy to work with more collaborators, should you guys be interested in opening up your development.

Mod SDK & Community
Built a game for EG 3D Game Engine and want to support mods? Try mod.io, a cross-platform mod SDK created by Indie DB which makes it easy to get a mod community up and running in-game. Currently seeking games to integrate and promote