One of the key feature of Clockwork Engine is our Visual Scripting, or flow graphs. Visual Scripting is a simple yet powerful tool to alternate way of programming video games. This allows the creators have no knowledge in programming games and still have the ability to create your project without worries of learning any type of object oriented programming. You will also be able to choose between Angel Script, C#, C++, and Lua for your project.

We will be completely supporting Linux OS. You will be able to use our editor, client, and export to Linux. One of our main features of our engine is to support the Linux users. Most engine if not all do not support Linux and if you try to get it to work you have to download allow of programmers to engine try to make it work. With our engine you will not have to do anything like that. All you got to do is download it and install it.

While our engine is neither of these at this moment, we are focusing on merging the powerful engine and the simple to use together. We want an environment that we would like to work in. We rather focus on creating our video games and not worrying how to use the UI. So we set out to create the engine to be simple, where even the most novice of people can be able to use our engine. While we are thinking about making our engine simple, we also wanted an engine that can push the boundary of gaming, something that can make video games look actually real. So we decided to merge the gap between simple and a very powerful engine.

In the past month Clockwork has seen many changes and fixes to both the engine and the editor, all in hope to get a public version ready in the next few months. Along with these changes i will also cover upcoming features that are planed to be implemented into Clockwork prior to its release that will also help usability within the engine.

The biggest changes with Clockwork lay within the GUI of the editor allow for easier access to key features and based of prior feedback from the test group the new changes should allow new users to pick up and get started with the engine with minimal input. Despite the current changes there are plans to do a theme and Icon redesign to help the engine stick to a more user friendly style but for this we will need a UI designer for the engine therefore this feature will appear later in Clockworks development.

Future changes planed for the Editor include an integrated IDE for development of C++, LUA and AngelScript for the engine, this feature is currently being worked on although it has no visible progress at the moment. The IDE will include code completion to allow developers to call engine methods without looking at the online documentation to find the input parameters and the correct name of the function, along with this there will be syntax highlighting for all languages within the engine. Another planed feature of the editor is visual scripting along with visual materials. The current plan of its implementation to copy and paste code from a database into a script file depending on the nodes used in the editors, although this is likely to change if we find a more efficient implementation within the engine. 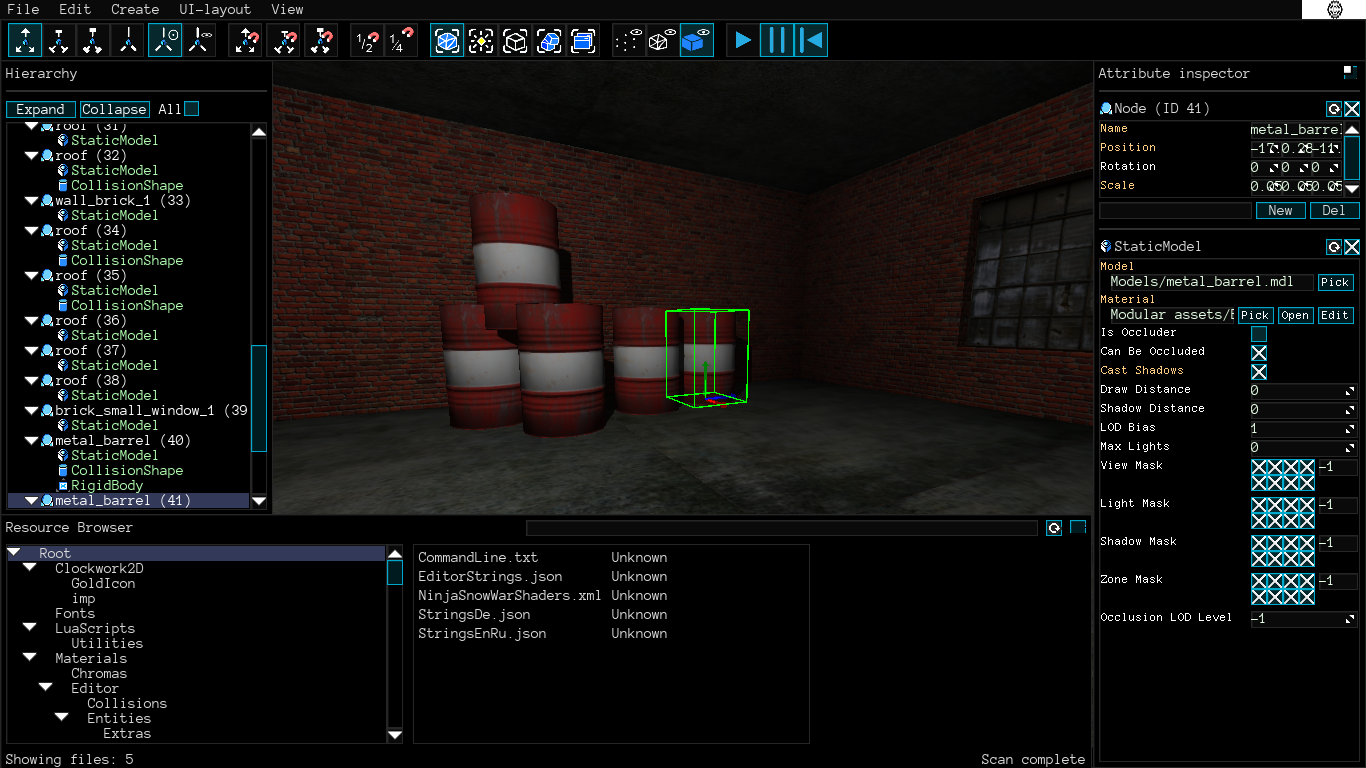 In the newest closed build of the engine we have added support for multi-language localization, this will allow all users to use the editor within the preferred language assuming its within the language database. Currently we have support for English, French and Russian so we need support from the community to help add more languages into the localization for users to use. The more languages we support the better the experience for the end users.

The rendering within Clockwork is undergoing some changes to allow us to support PBR (Physically Based Rendering), the new rendering system will not be forced upon users like other engine, therefore the user can change the render path to one that includes or does not include PBR depending on the users preference. Along with PBR we also plan to support a form on GI (Global Illumination) before the release of the engine. Currently we have not started on GI within the engine although we plan to start research on the feature within the next few months. My personal preference for GI would be SSDO (Screen Space Direct Occlusion) despite it being an old feature it will likely be possible to use SSDO on mobile platform if the end user has a simple scene to render. Currently none of these feature i talked about are finished within the engine although PBR is making good headway, for now i managed to snap a screenshot of the current renderer within the engine using free assets made by yughues on OpenArt 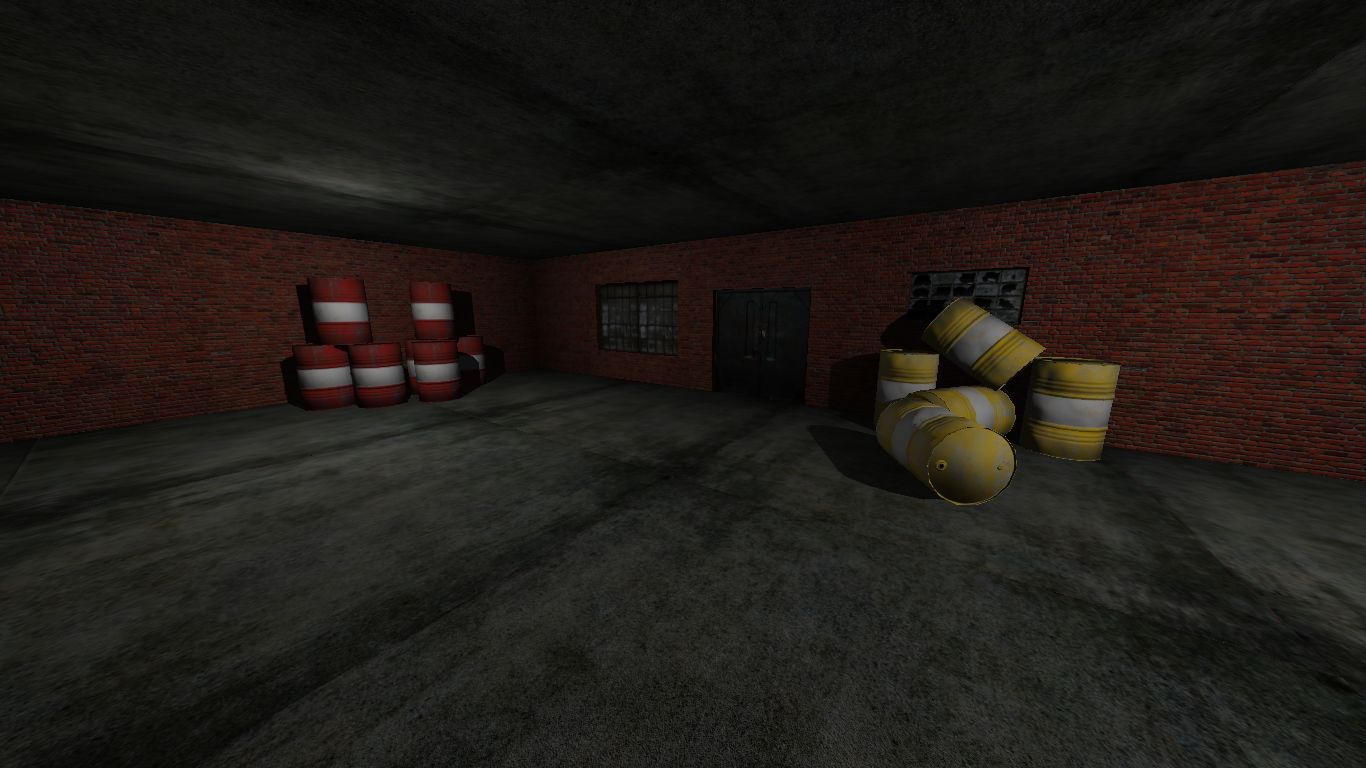 Project New Age is an upcoming multiplayer 3D FPS/RPG game. The action takes place sometime in the future, during a civil war. However, the war is not...

Mod SDK & Community
Built a game for Clockwork Engine and want to support mods? Try mod.io, a cross-platform mod SDK created by Indie DB which makes it easy to get a mod community up and running in-game. Currently seeking games to integrate and promote