Tavern Games is an indie game development team that came to life in August 2012. It is the result of a clash between our love for games and the passion for our work. We've set out to experiment with all manner of crazy and serious ideas, so beware!

The first game we've released is KEL Reaper of Entropy, an unconventional, humorous adventure game for desktop platforms. What we can tell you for sure about the game is that it will make you laugh your socks off with its twisted humor and unusual gameplay.


After having worked in the gaming industry for over 7 years, Ionut has decided to start developing a game of his own. This is how Tavern Games came to existence and our first project is Noverat, a story driven RPG. Ionut is now the Art Director for Noverat, doing most of the graphical assets and level design. Together with Ana, he has designed the game mechanics system and is overseeing the development of the game.
When he's not working for Noverat, he's usually riding his bike in the mountains. One of his favourite games of all times is Gothic II, because of the unique world it has created and the interesting story it featured. It has inspired Ionut and convinced him to do his best to have similar achievements with Noverat. 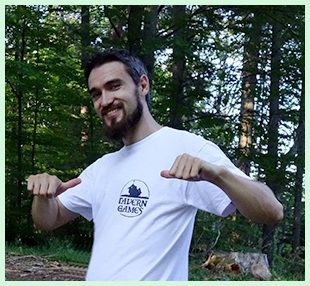 Ana believes in initiative, in letting your imagination flow, in striving to excel at what you're doing. And in cats. After working as a programmer on various projects since 2006, she decided to take matters to the next level with Tavern Games, where apart from programming, she could finally put her imagination to good use and come up with the story and mythology behind Noverat, as well as the game design for KEL Reaper of Entropy. Her tools of the trade include UDK, Flash, and Assembla. When she's not working, she likes to spend time somewhere in the middle of nature (preferably a mountain with fir forests). She's a huge fan of Brandon Sanderson and Patrick Rothfuss. Some of her favorite games include Vampire The Masquerade and The Witcher, for bringing such diversity in their immersive sim world. And of course games like Diablo, Alpha Centauri, Planescape Torment because they're simply amazing in the gaming experience they provide. 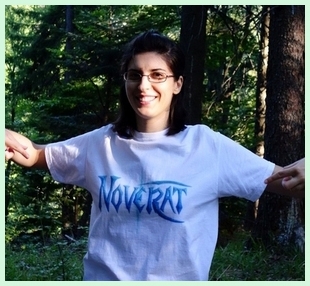 KEL Reaper of Entropy is an an unconventional adventure game for PC and Mac. What we can tell you for sure about the game is that it will make you laugh...

Noverat is a story-driven RPG set in the fantasy world of Kalandria, a land that has become troubled after being abandoned by its deities, the Shapers...

I'm an electronic musician willing to work on video games. I've been implied in rap bands as a beatmaker in the past and I'm now composing solo for ambient tracks, piano tracks and abastract hip hop.

If you ever need some poetic or scary tracks, or even a full score, I'm your man for this project or another. You can grab some links of my former works at this URL : Mrteddybear.bandcamp.com

Great Ape Games is a team of intimate crafters, building memorable gaming experiences for you to enjoy. We take great pride in the details and are working...

Hyde Games is a group of 3 students in GameDesign at ICAN,Paris FRANCE

Undertow Games is an independent game studio currently working on the 2D co-op drowning simulator Barotrauma in collaboration with FakeFish Ltd. The studio...

We are a group of indie developers from Russia. Our first game - Catch a Lover. Also we develop mods for ARK: Survival Evolved.

Specialize in developing classic turn based style RPG games with storylines and artwork that are reminiscent to Nintendo and SNES JRPG's of the past.