Remember all those RPGs in which you start in a village and you have to prove your worth by clearing the local crypt of undead skeletons? What if you woke up as one of those skeletons instead of the wannabe hero?

KEL Reaper of Entropy gives you the chance to control (or at least try to) Kel the Skeleton and choose whether to terrorize or please the villagers. Or both for that matter. The game features unconventional gameplay, heinous methods of gaining victory and a non-existent variety of ways to customize your character. Plus an overdose of twisted humour as a bonus.

KEL is now available on Steam!

You can also get it on itch.io: Themasquerader.itch.io
Also on IndieGameStand.

* A beautiful 3D fantasy world with delicious poisonous berries to pick up
* A stubborn, crooked protagonist to deal with
* Multiple ways to obliterate your enemies (poison, intrigues, stupid accidents, you name it)
* Unexpected twists and turns to your actions
* An ancient relic (Game Manual) to learn from
* An interview with one of the most beloved characters in the history of games
* DRM free

In KEL Reaper of Entropy you witness how Kel the Skeleton, the fabled RPG character, rises once more from the dead near a peaceful village in the woods. Together with him you set out to explore said woods and the village, picking up whatever you find useful along the way. Once you meet the villagers, the fun can truly begin! You'll have numerous ways of messing things up, from manipulating villagers to kill each other to using Kel's special skill of cursing to damage their brain.
Or, of course, you could play nice and please everyone in the village, though Kel might object to that.

There are all sorts of little secrets to discover, achievements to complete and enough twisted humor to go round.

KEL has been chosen among the July Greatest Indie Games. You can give us a vote here: 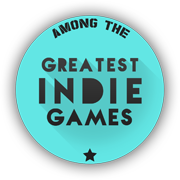 What players say about the game

"The things I have experienced are really cool and unique. The overall game idea is fucking amazing. Period." (Robin)

"The cleverness and subtle, dark humor packed into KEL are enough to O.D. you. The game is challenging and so different from anything I've played lately. Or ever before, for that matter." (Scott)

"This game made me laugh so hard. And somehow it made think about some older games I love and why I love them." (Andrei)

We're happy to announce that KEL Reaper of Entropy is now available on Steam Early Access! We've also added some significant improvements to the HUD, as well as enhanced the overall player experience by better integrating the tutorials in the game. 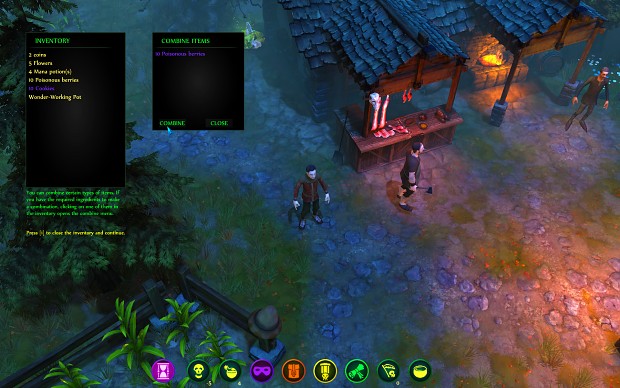 Why Early Access?
KEL was originally released in February 2014, but we've only added it to Steam in
June 2014 and got Greenlit in two weeks. The increased interest in the game, as well as the feedback we've received from numerous amazing players, made us decide to improve the game some more before releasing it on Steam. Which is why we're doing an Early Access, to make sure we're on the right track with the changes we're implementing in the game.

What is the current state of the Early Access version?
Since what we're releasing on Early Access is only an enhanced version of the original game, which was finished in February 2014, everything is pretty much in place and awaiting player feedback.

Will the game be priced differently during and after Early Access?
The base price for the game will probably be a little higher after release.

How are you planning on involving the Community in your development process?
We're hoping that the players will validate our ideas for KEL and / or tell us what extra features they'd like.

There has been some discussion about whether KEL Reaper of Entropy is a sandbox or not and we felt we should clarify matters.

Since players have been asking us to make KEL Reaper of Entropy available for purchase on more websites, we're glad to announce that the game is now available...

Yes, there is. In the game installation folder, navigate to UDKGame\Config\UDKGame.ini and search for CrntResolution.
Set its value like this: CrntResolution=1024x768

Hmm, is there a way to change the refresh rate as well?

refresh rate depends on graphic card. what GPU do you have currently installed on your system?

GTX660. I do appreciate the help from both of you, thank you.

Gtx660 should handle the game with no problem. Can you describe the problem better please? Is the refresh rate of the monitor or you mean the FPS in game. If you have lag in game, can you please install FRAPS and tell me how many fps you have? No worries, we;re here to try and do our best to ensure you can play the game as it was intended ;) Cheers!

My monitor can't display refresh rates over 60hz at 1024x768. Nor can it display any resolution over 1280x720. If I exceed either I receive a blue text box over a blank screen containing the phrase "PC Settings Correct?"
Changing the resolution option in UDKGame.ini has no noticeable effect. I don't think it's actually changing the resolution, but if it is, than the game must be trying to display at a refresh rate higher than 60.

Can you please try the following?

This should force the game to start with the resolution set to 1024 x 768.

Please let me know if you have any trouble doing this or if it makes any difference.

I understand the problem now. We will think of a solution and came back to you with an answer.