Zoria: Age of Shattering Prologue is launching on Steam on the 30th of April, 10AM PDT.

Posted by tinytrinketgames on Apr 29th, 2020

Greetings adventurers of the world of Zoria,

Today we have great news and we wanted to share them with you.
Zoria: Age of Shattering Prologue is launching on Steam on the 30th of April, 10AM PDT.

You will get to experience the world of Zoria: Age of Shattering firsthand, in a free Prologue, a 2hours + experience of the game as it is today.

A little intro to Zoria: Age of Shattering Prologue.

Zoria: Age of Shattering Prologue is an introduction to the universe of Zoria: Age of Shattering, a story-driven, party-based RPG with strong tactical elements, base and follower management. Welcome to the world of Zoria, a world filled with magic, ancient history, tumultuous politics, and countless mysteries. 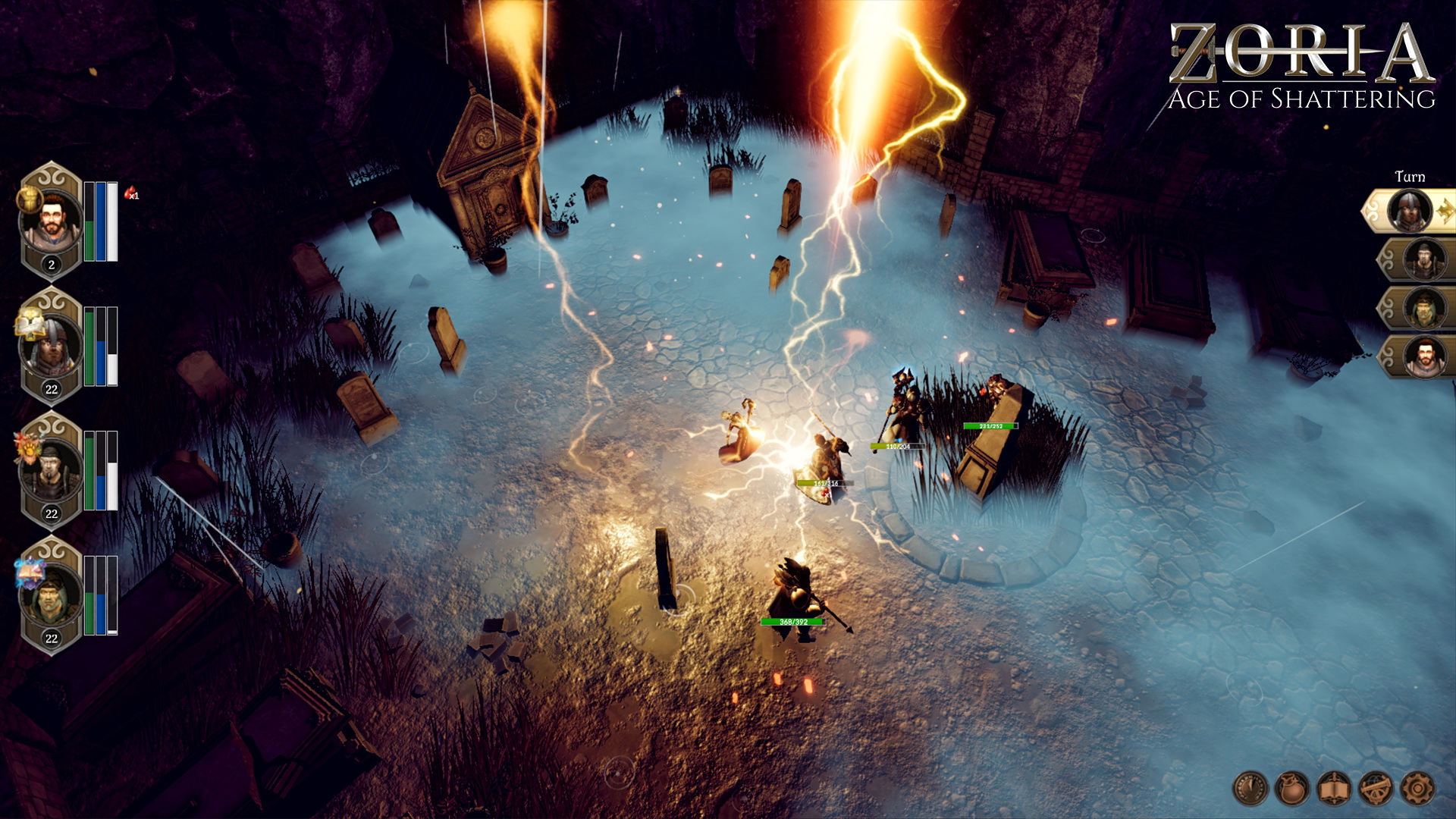 What you will find in this Prologue:

Story and Quests – the story follows the events that lead to the player taking charge of the Outpost, the formation of his first party of followers and the stories he encounters along the way, stories that, together, paint a picture of the world and its inhabitants. 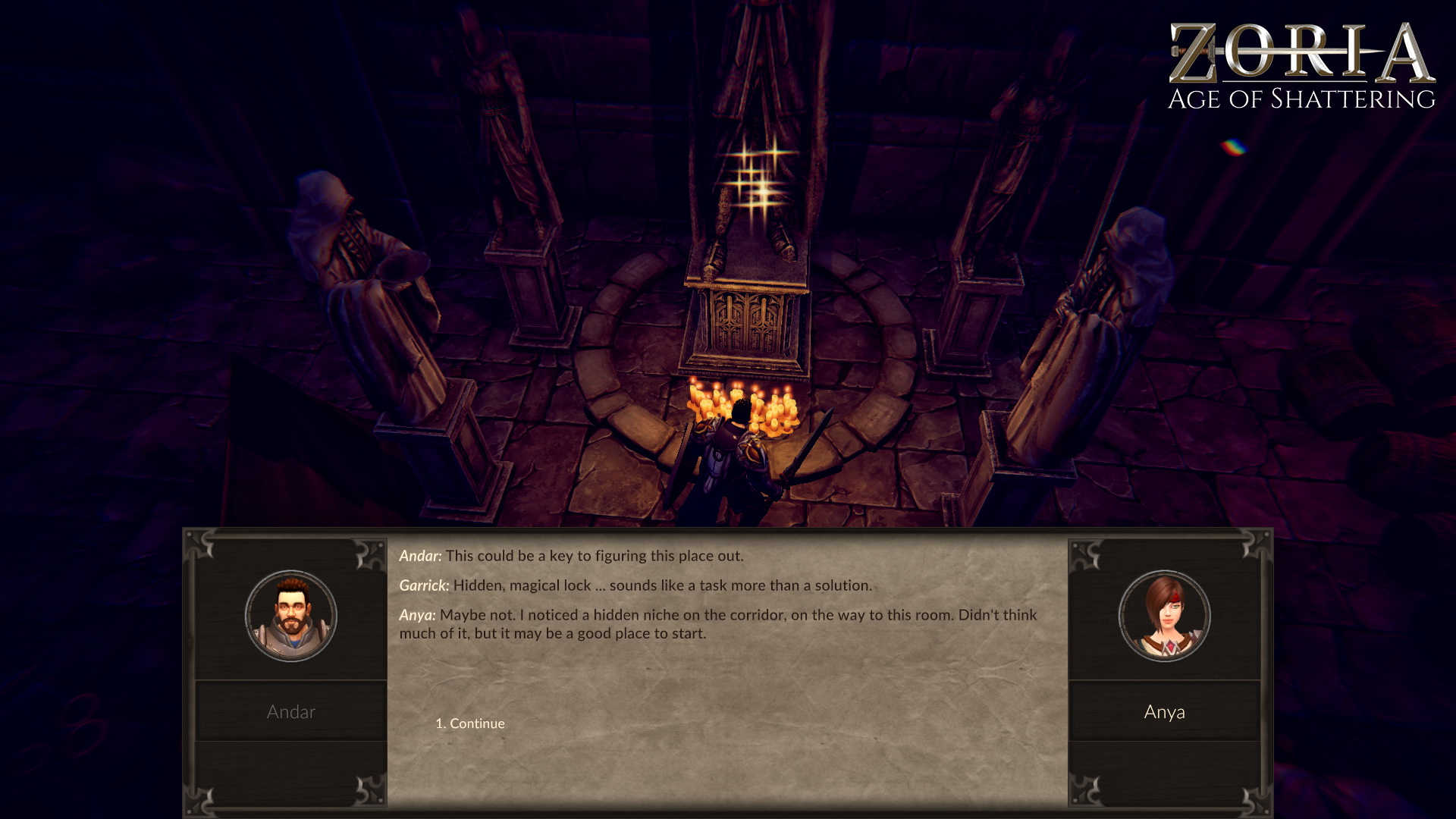 Survival system - resource management and, yes … hunger. Making camp and resting will restore health, vital resources and even cleanse a few negative effects. But resting is only available if the party has the necessary supplies. So, keep an eye for items around you that could provide supplies. 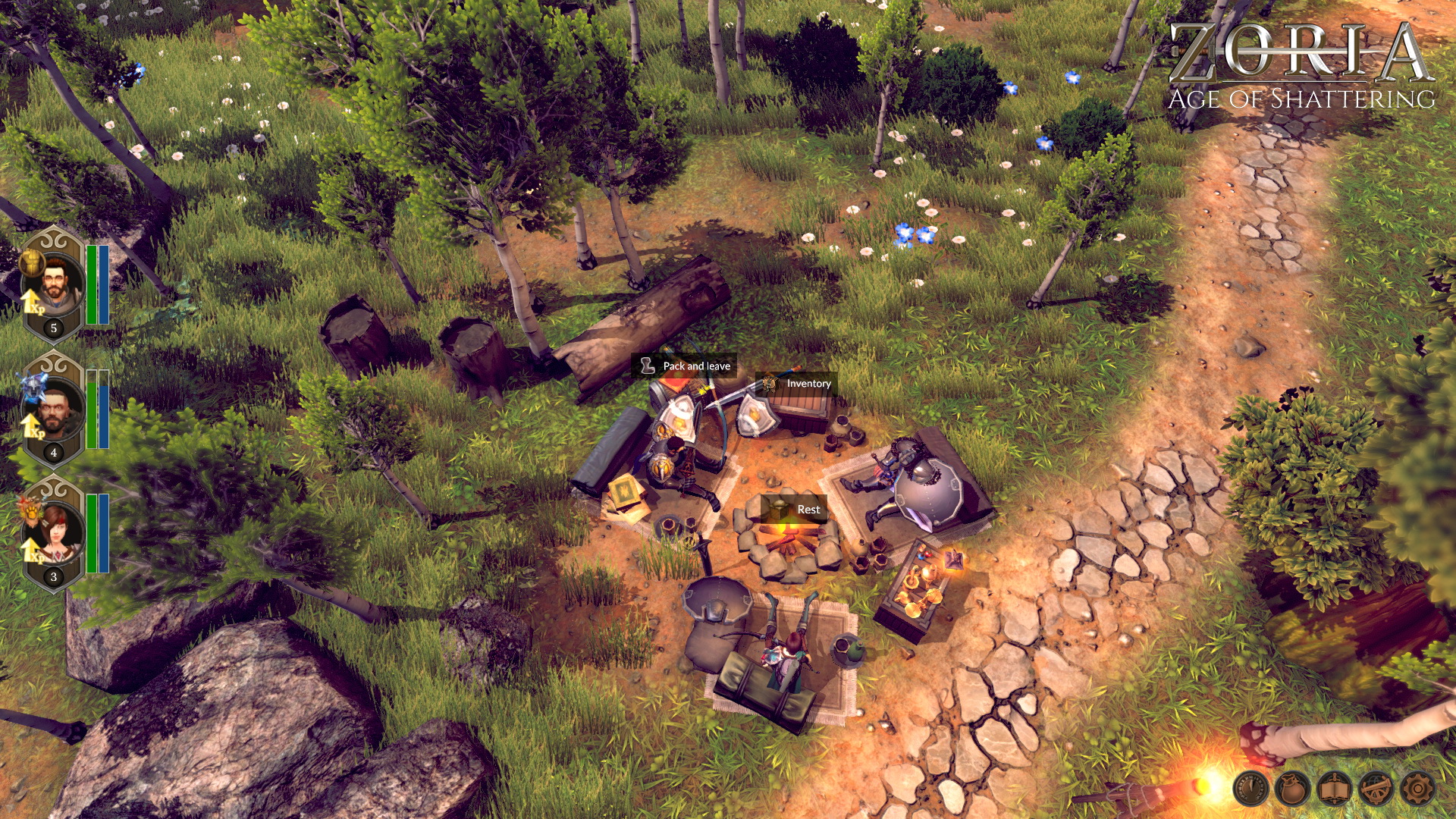 Tactical, turn-based combat. Encounters vary from the easily manageable to the ones that require a little more care and wise management of the available abilities. The combat itself is a mix of old and new, as it is turn-based but not grid-based, allowing for a greater freedom of movement and gameplay speed. 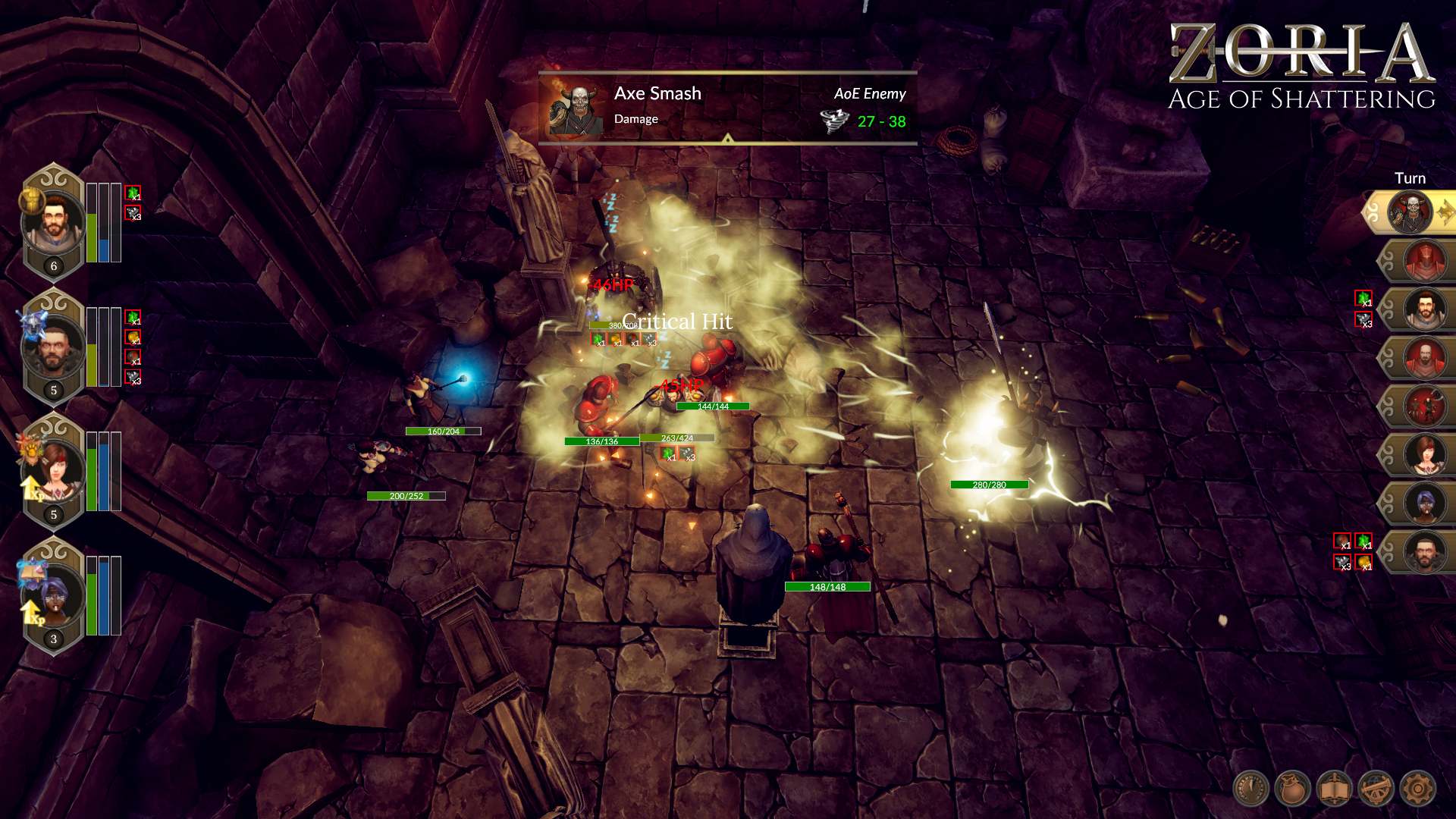 Abilities and gear management – each follower class has its own abilities to choose from, abilities that get unlocked when a follower reaches certain levels. So different players have the choice of abilities to match their playstyle, for each class. Gear is acquired from combat, exploration and doing certain quests. 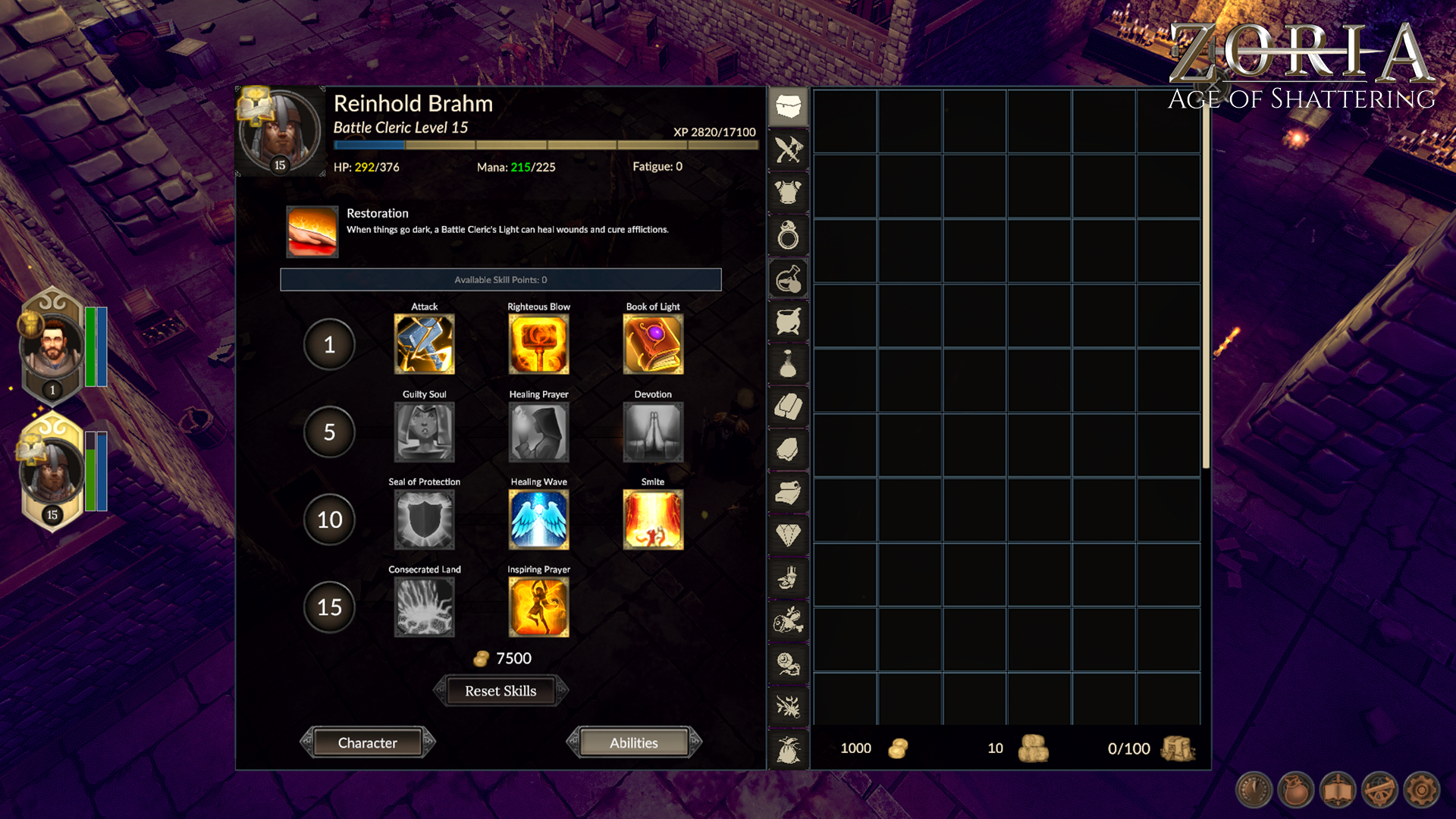 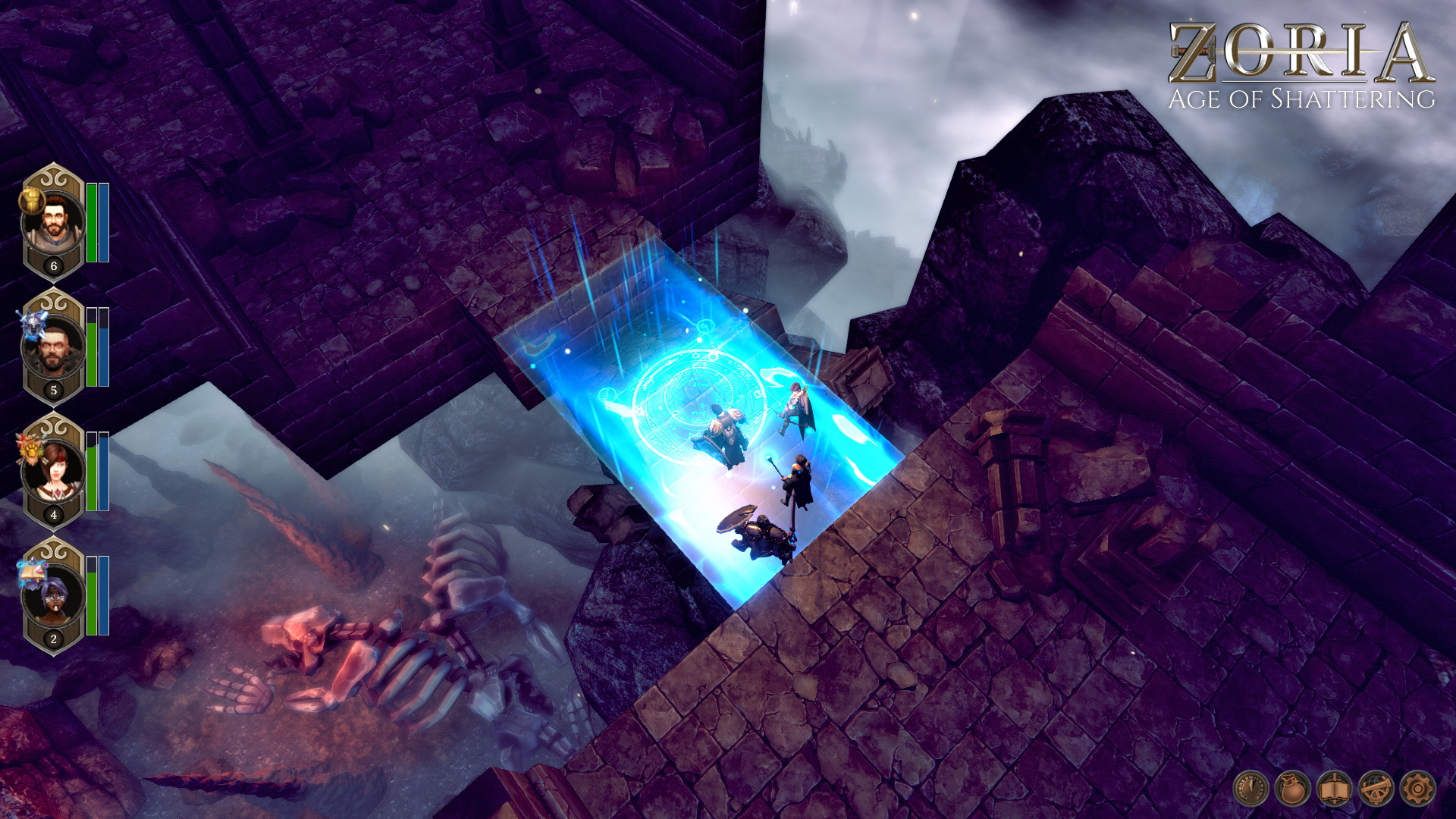 With all this said, there are still a lot of things left out for the future.

Zoria: Age of Shattering Prologue is part of the game world of Zoria: Age of Shattering, a game comprised of two equally important elements for achieving success – a CRPG adventure with diverse, hand-crafted environments and turn-based combat and a strategic base with follower management component, buildings, upgrades, follower recruitment and unattended missions.

The management part of the game is still to come: outpost upgrades used to acquire new buildings or upgrade existing ones, health, morale and hunger management for followers, weapons and armor crafting, potions brewing and sending a few chosen followers on unattended missions to some of the most dangerous places the world of Zoria has to offer.

If you like the game and want to follow its development, you can do that by joining us: