Hello everyone, first I would like to thank all the feedbacks, suggestions and comments made. I can't always answer everyone, but I certainly read them and take notes to better direct the game's development. That said, let's go to the new content added:

Added a set of 21 pipe-type blocks, including a steerable pipe block. With this set of blocks, it is possible to combine them to form unique structures. This is the set of blocks added:

And here are some contraptions that I created using these blocks to demonstrate how they can be combined: 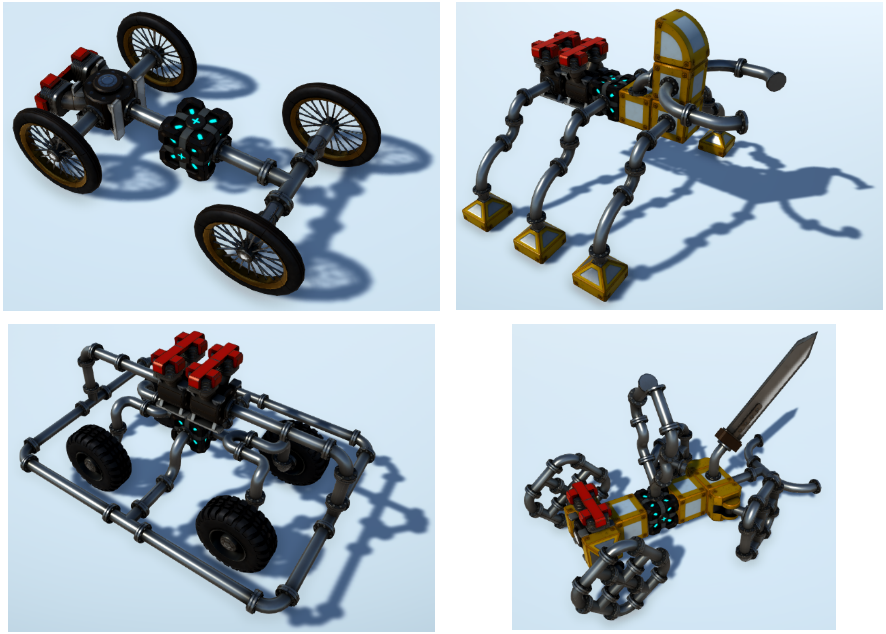 Added a new window that shows the level records and the contraptions that beat those records. This window is accessible from the button located on the right side of the top button bar, it is next to the level information button. When completing a level of the main campaign for the first time or breaking a record of less time, less blocks, less complexity or less weight the contraption is automatically saved and can be loaded in this window. 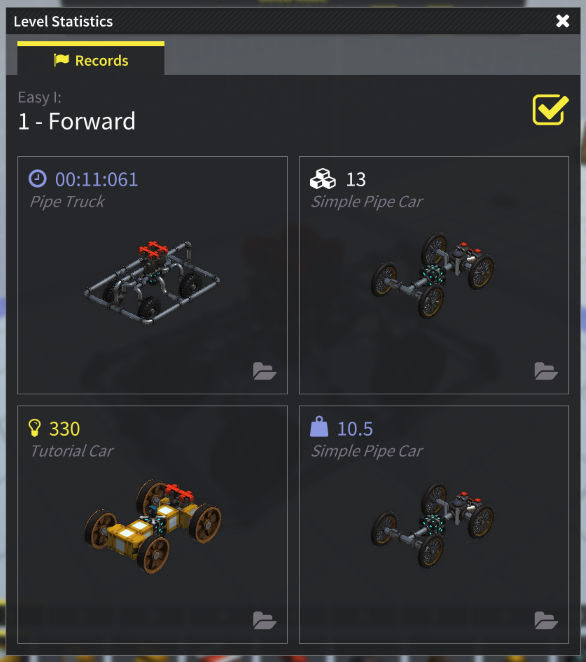 Added to the main menu a window showing the 8 items in trend in the Steam Workshop. Next to the item's name there is a button to open the item's page on Steam where you can subscribe for it to be added to the game. 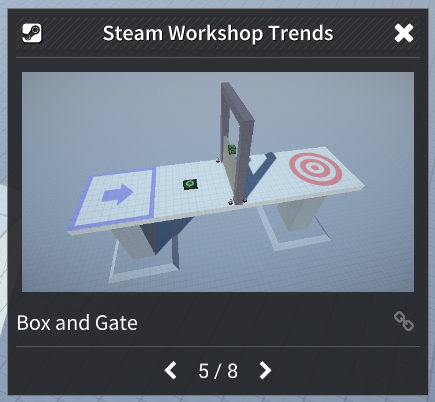 Finally, four new levels were also added to the main campaign. These levels follow the same concept, where each of them is a more difficult variation of that concept. 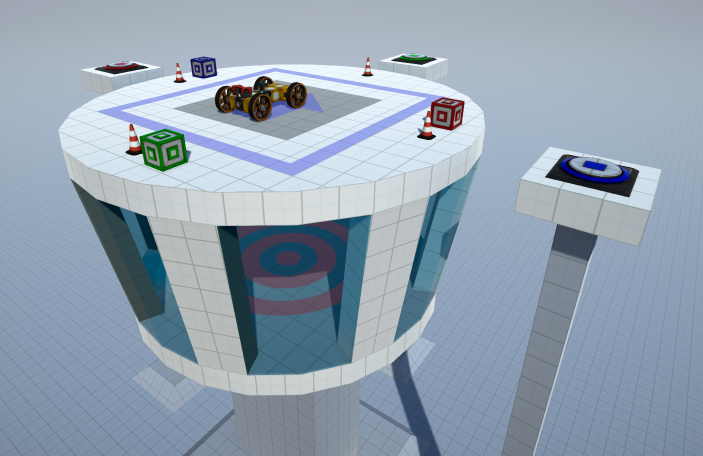 Regarding the pace of the updates, I will try to keep an update with new content per month, even if it is a few things. But some future features will take more than a month to implement, so when I'm working on them, updates are likely to be less frequent or have less content.

In addition to developing the game I also want to improve your social media to increase its reach and so that more people know about it, if you want to help me in this process participate in the social networks of World of Contraptions, this is the official list of all media where the game is present and in the future more will be added:

Gradually I am improving the presentation of each of them and in some of them I intend to post previews of the game future updates.

- Added a set of 21 pipe-type blocks, including a steerable pipe block.

- Added a new window that shows the level records and the contraptions that beat those records.

- Added a window in the main menu showing the 8 items in trend in the Steam Workshop.