In this update, I cover and showcase some of the RPG mechanics, additions and changes, and what's next for Within the Cosmos.

Hey again everyone! Sorry for the long wait since the last update! The last month and a half have given me some much needed time to add, and change a couple of things, as well as optimise the game more. Today's post will cover some of the RPG mechanics in the game, some additions and changes, as well as what's next for Within the Cosmos. Let's get right to it!

As you can see in the image above, there are 5 attributes in the game.

These are set at the beginning of the game, when you create your character. Aside from the bonuses (and penalties) you get from each attribute, they will also determine how many points your skills will begin with. i.e. Putting points into Intelligence will increase what your Medical, Engineer, and Science skills will begin at.

There are currently 14 skills in the game.

Each time you level up, you will get skill points to distribute across these 14 skills, to help you forge the character you want to play as. When you put points toward a skill, you will get bonuses for that specific skill, and you will gain access to perks you otherwise wouldn't be able to get.

There are currently 62 perks in the game that you can use to tailor your character to your playstyle. Currently, every 2 levels, you'll get perk points to spend. Some perks have requirements before you can unlock them. An example being, if you want the Light Steps perk, you'll need your Agility attribute, and Sneak skill to be at a specific level before being able to unlock it.

With 5 attributes, 14 skills, and 62 perks, I feel like you can truly create, and play as the character you have in mind.

This wasn't originally intended to be included in the game, but people have asked for this, so I decided to implement it into the game. Damage numbers are completely optional. You can toggle it on and off in the menu.

What's next is for me to do some more QA. During this period, I also intend to release the next gameplay video. The gameplay video will cover some of the first couple of minutes of the game on the planet Berith II, where the player comes across their first major town called 'Chronos'. You will see all of the changes and additions I've implemented since the last video, and some new stuff too. I hope you'll look forward to that! Once I feel the game has been properly optimised, I'll feel comfortable setting a firm release date. I'll announce that as soon as possible!

This has been such a long journey; over 5 years now, and I can't wait for all of you to get to play this. As you now know, I don't have a release date YET, but I'm aiming for Early November now. I apologise for not being able to meet the release dates I've previously set, but as this has been my life for 5 years, I really don't want to let it out until I feel it's ready, and it's nearly there.

I truly want to thank all of you for the patience you've shown me, and for sticking with me through all of this. It's because of you, and your understanding, that I feel like I can truly make this game into the game I had envisioned.

Please wishlist it on Steam if you like what you see! 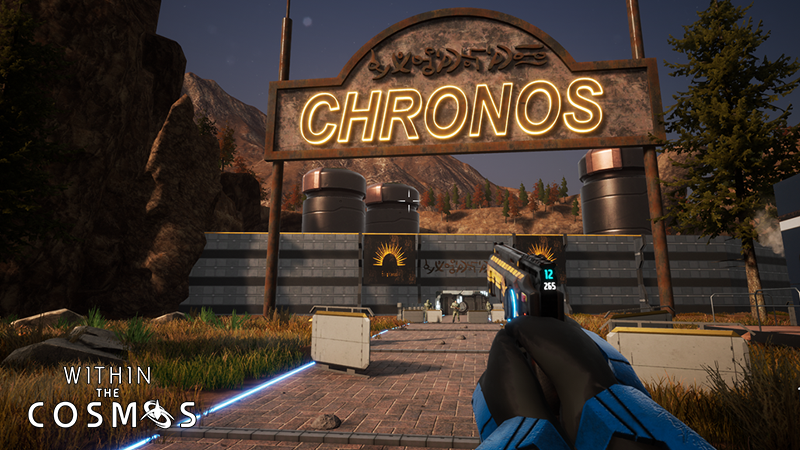