Post news RSS What kind of adventures can you experience in Elfscape?

Learn more information about the quests you'll encounter in game, whether they're big and epic or just silly side quests.

Elfscape consists of 18 quests, including 8 big and epic ones.

Every quest tells a story of a specific character and their relation to Jushur, the elven prince. In the side quests, you will accompany Jushur to various situations – whether he’s celebrating a wedding, being a hairstyle consultant, teaching children how to write, or listening to local fool’s poems.

In the main quests, Jushur is searching for a way to defeat the demon. You’ll try to kill the demon’s servants and they will try to kill you. Dive into Jushur’s story and meet interesting characters, such as elven princess or your enemies from the old times. You’ll be worshipped and you’ll mourn the deaths of your friends.

And moreover, you can just run around the world as you like and discover new territories. Have fun - pick some plants, kill some beasts - and use gathered materials later to create ammunition, armour and potions. 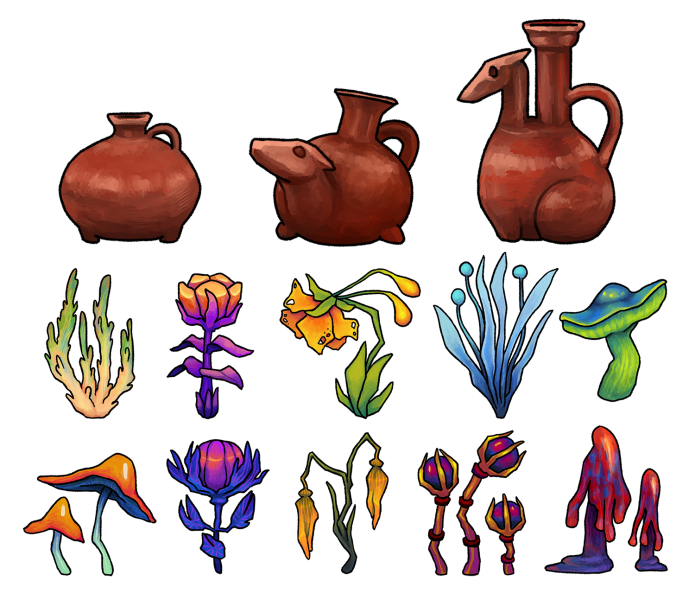