This wrap-up covers all change changes made in the last few weeks. Most are polishing/feedback driven changes now since the majority of the mini-adventure has been completed and the game is currently in private alpha testing.

It's been almost a month since the last update, but there has been a lot of progress still being made. With the mini-adventure "The Gathering" mostly completed, the majority of the focus lately has been on polishing and various improvements of existing features.

"The Gathering" is fully playable now with about 2 hours of game play available (more if you take your time and far less if you really rush it). The boss is now complete and you can now "finish" the adventure upon defeating the boss. There is enough equipment and spells available to take you up to level 10, but current testing seems to land you around level 8 by the time you reach the boss.

Currently Mischieviots is in private alpha testing and we're gathering all kinds of feedback on the mini-adventure being used to test out all the mechanics of the game. If you are interested in helping out with bug finding, feedback etc, give me a shout and I can help you get started!

Here is a quick break down of all the changes made since the last time we talked:

To help players use spells quicker & easier, a history of their most recently used spells are provided to them upon opening up the spell window. This allows them to use those spells right away instead of having to find them in the sub-menu's each time. This history remembers up to 5 of their most recently used spells and will reorder that list based upon the last used by placing it on top.

Players also have the option to hide this initial menu should they wish to not have it shown. 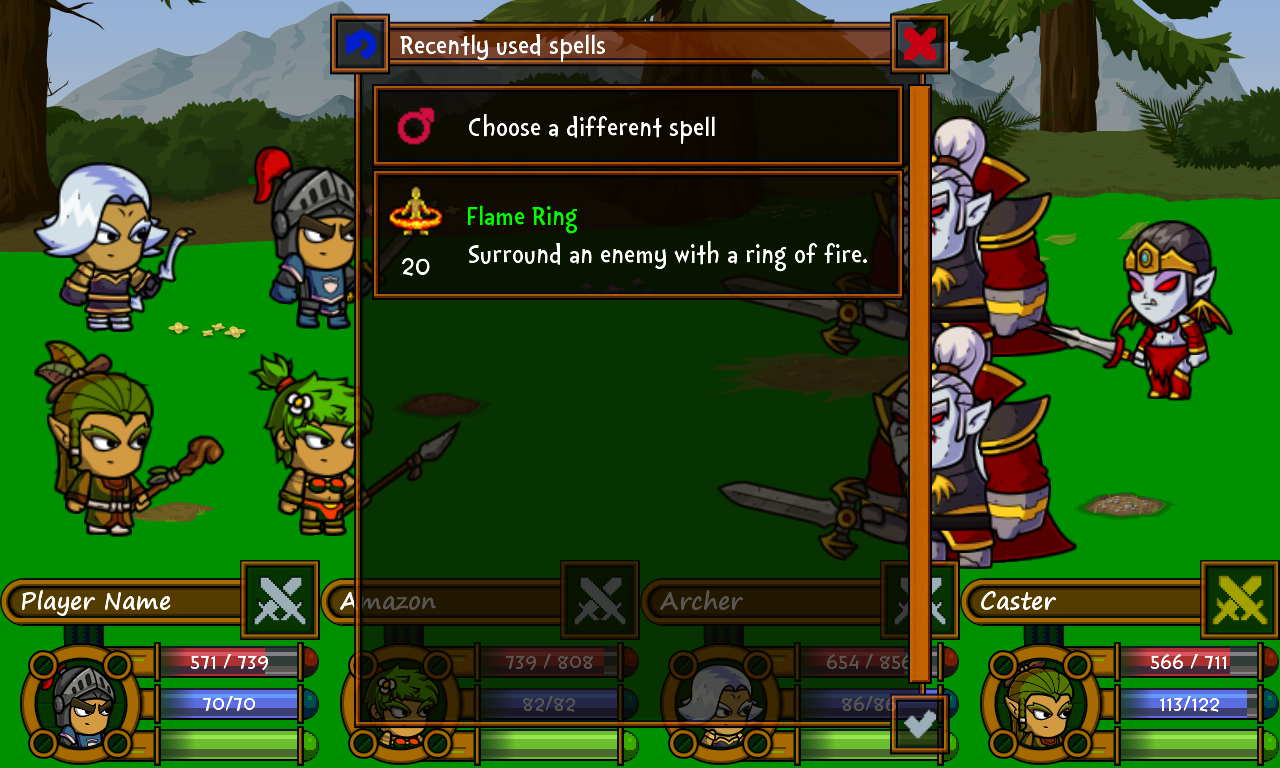 Option to turn off 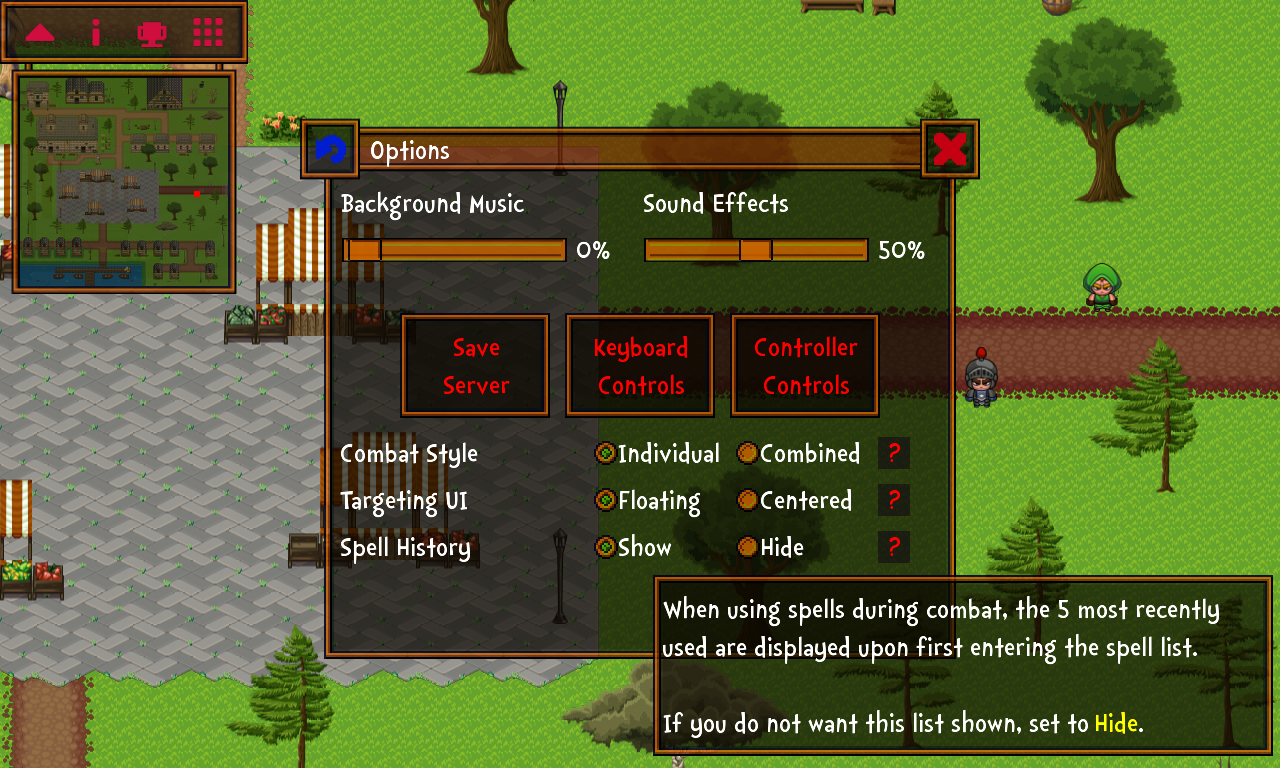 As mentioned above in the notes, players can now use items on characters directly from their character details screen instead of having to go all the way back out to the main menu. The main menu option is still available too. Here is what the new screen looks like when using an item on a character: 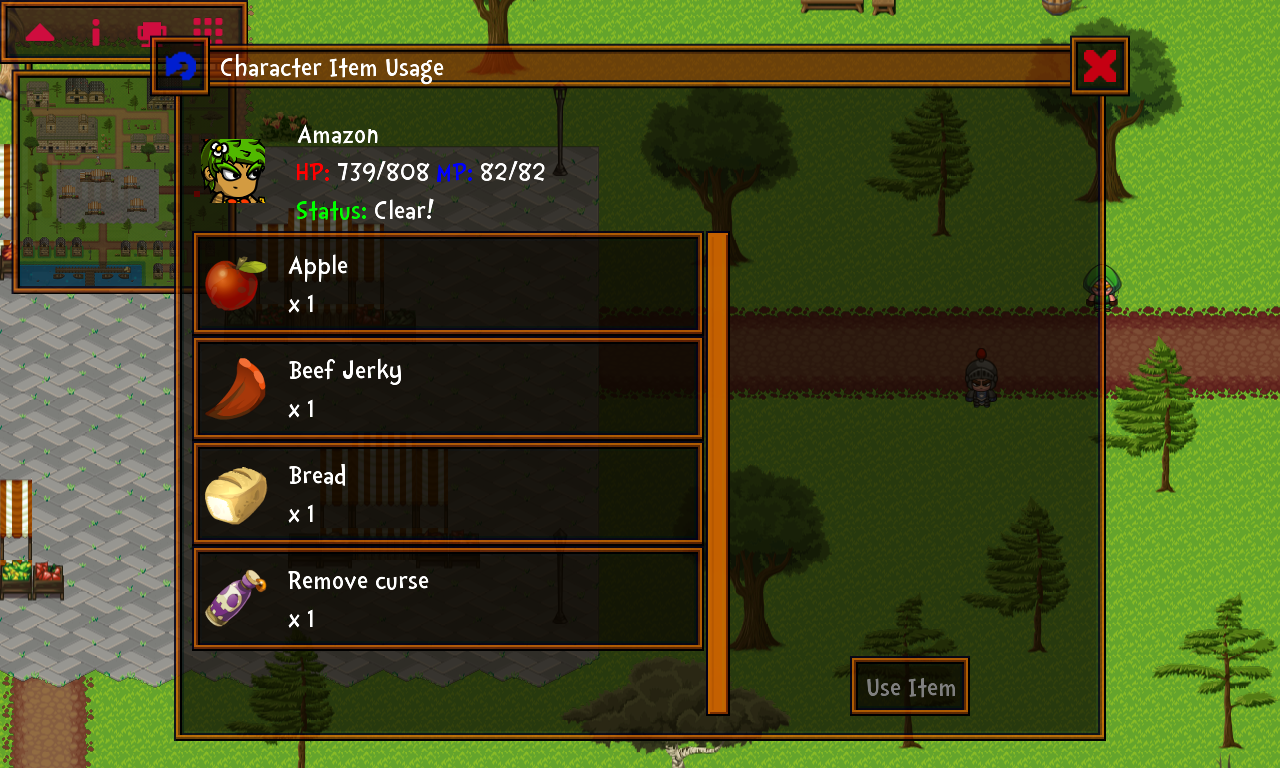 The loot window felt too bulky and didn't really fit well with the "common" UI used for most other windows. I decided to slim it down a bit and make it a bit more simple looking. Here is what it looks like now: 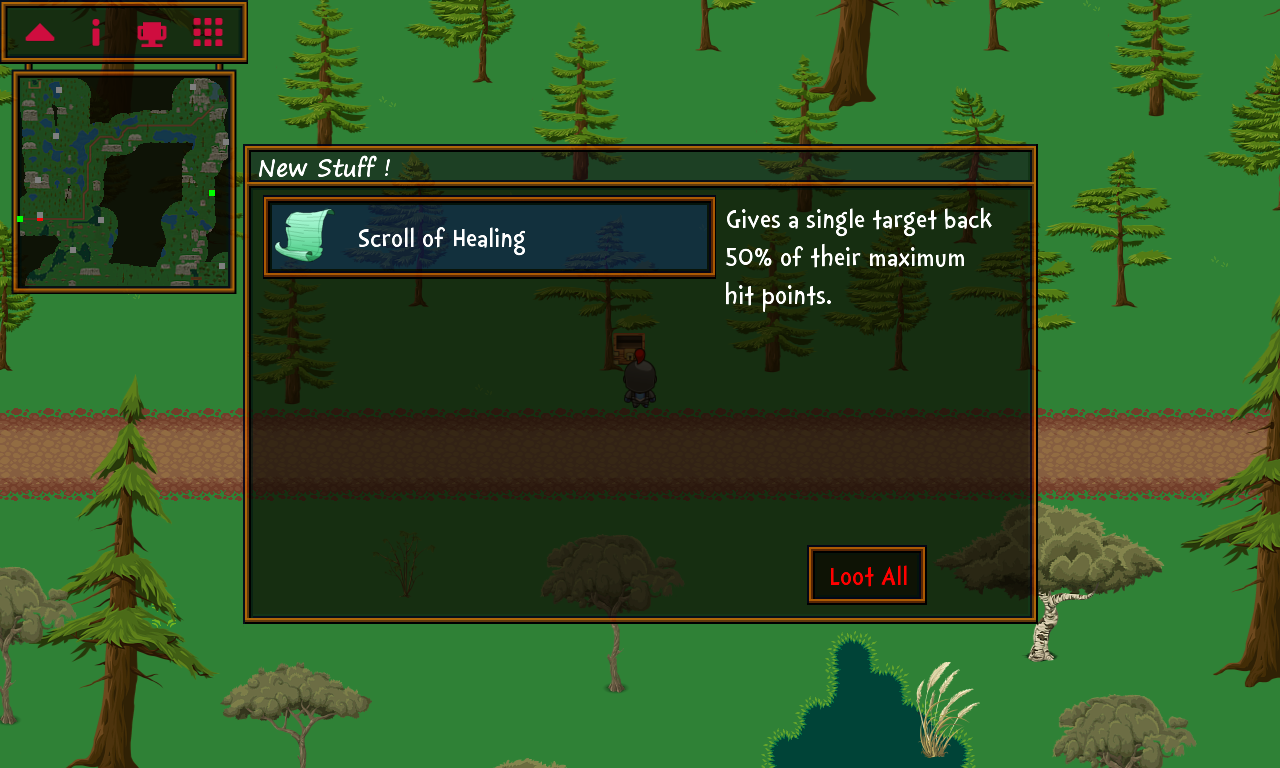 After some testing, it was felt that the static sized conversation window quite often felt too big for smaller conversation pieces. In response, it was decided to make the window start off small, then expand outward as the conversation got longer (if needed). The maximum size of the window stayed where the static used to be so we don't over-extend the screens on mobile devices.

Here is a quick peek at what the smaller window now looks like: 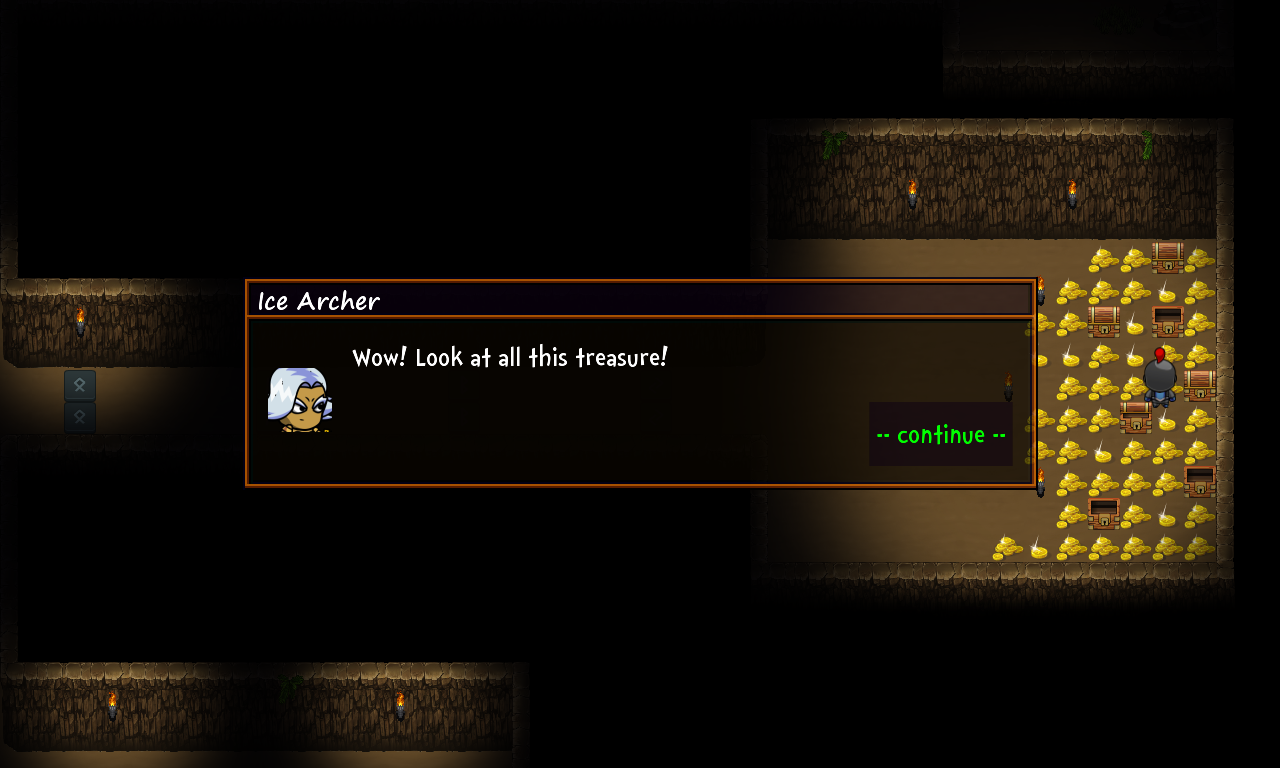 I finally found an icon pack that I felt matched the style wanted and have made all the current items/equipment in the game use these new icons. Unfortunately I still haven't found anything yet for spells, so those are still using ugly placeholders for now.

Here is a screenshot of the inventory window with a bunch of the new equipment icons in place: 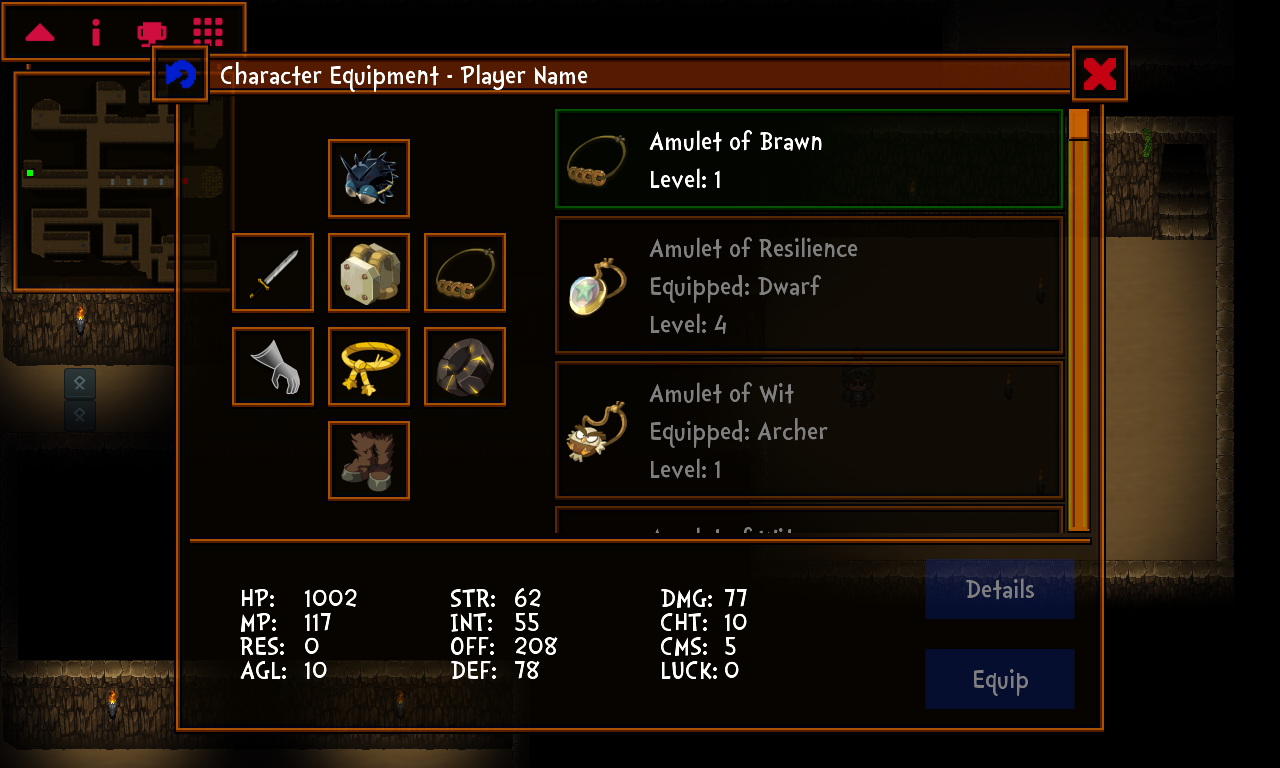