We have a brand spanking new build to mess around in. The latest improvements are that the Bomber plane has been added to the game. This means that we have all 4 vehicles that we need for the alpha.

We have a brand spanking new build to mess around in. The latest improvements are that the Bomber plane has been added to the game. This means that we have all 4 vehicles that we need for the alpha! Now we just need to balance the heck out of them. 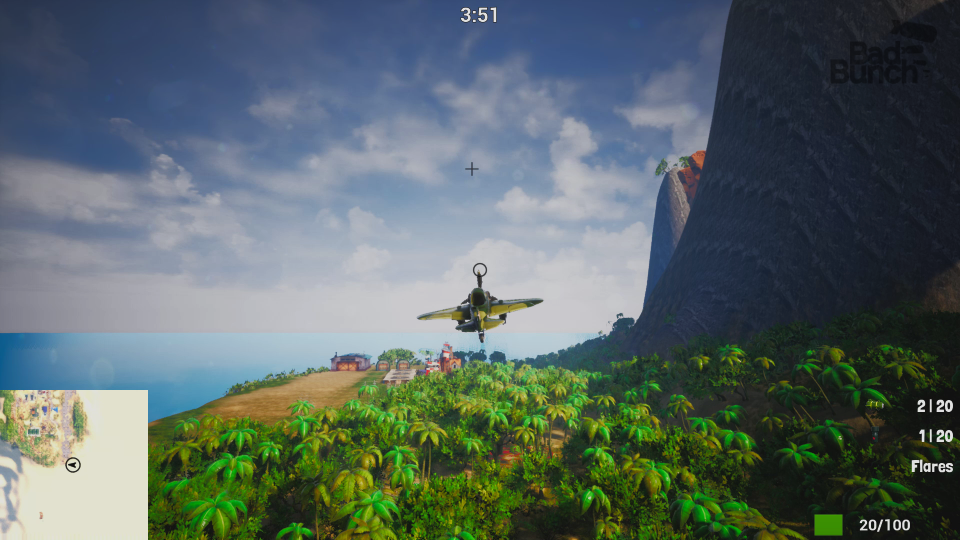 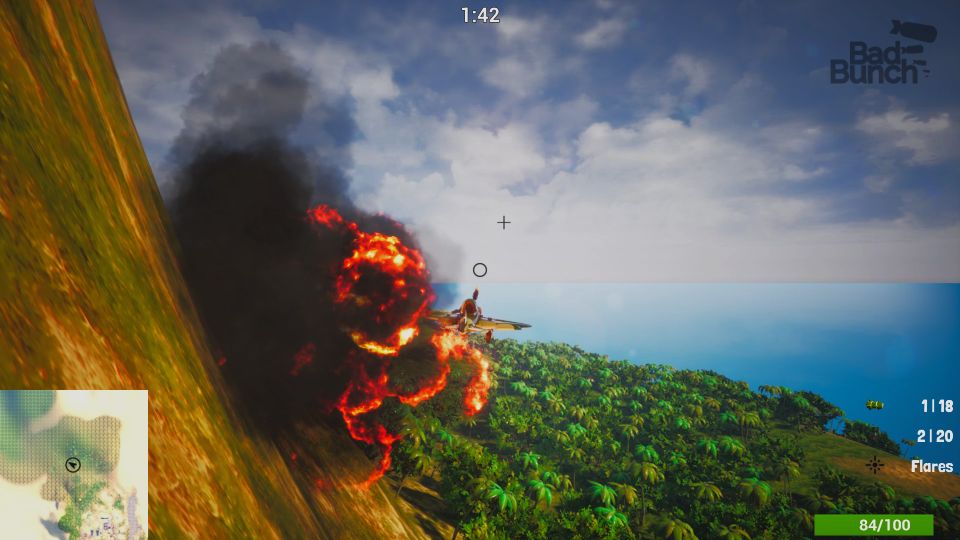 On the table this week is a retrospective on the plane flight model up until now. In the video below are clips of the attack plane in the various build version.
Build 0.02 was mid May and the latest build 0.05 is a few hours old. Builds 0.03 and 0.04 are obviously in between.

0.02 is where the proof of concept that the flight model works. The main fault is that during tight turns the camera can get stuck pointing backwards which almost certainly leads to a crash.

0.03 fixes the camera problem, you can now bank as hard as you want without making the camera view go all nutty. There plane’s turn radius is too large, and it doesn’t climb well enough. It takes too long to do another gun run on targets, and banking hard makes you lose a lot of height.

0.04 improves turning and climb rates. But still not enough.

0.05 Speed is lowered, which automatically makes it easier to turn. Tweaks to maneuverability have been made. The plane doesn’t climb as well as before, though (due to the lower speed).

Combat characteristics of the planes haven’t been prioritised yet. And the flight model will be tweaked throughout development.
Next on the table are more tweaks to the camera so it doesn’t clip through terrain. The helicopter flight controls are being refined. We are currently unsure if we should improve the current design, or switch to a new type of flight model for the helicopter. Further testing, especially with beginner players will be key to deciding the proper path.
As per usual. Level design, audio, and other such stuff is also in the works in the background.