Vector Graphics are a style that came and went in the early 1980's. The trend of retro-ing game styles and genres demands that this graphic technique make a comeback.

Retro games have been around for a while. The trend has helped make some indie game developers incredibly successful, and it has been a welcome addition to the various genres of video games. It demonstrates that photo-realism is not the most important aspect of game design, and that fun and success do not depend on high production values.

However, something I noticed recently, is that retro gaming has been largely focused on a 2D pixel art style. This is certainly an important aspect of what constitutes retro games. But I remember, as a child, that there was another, equally important type of game back in the heyday of the video game arcade, and those were the games with “vector graphics.”

Vector graphics would eventually evolve into the 3D games we know today, but stylistically, those early games had a unique look that set them apart from the 3D games that would follow. 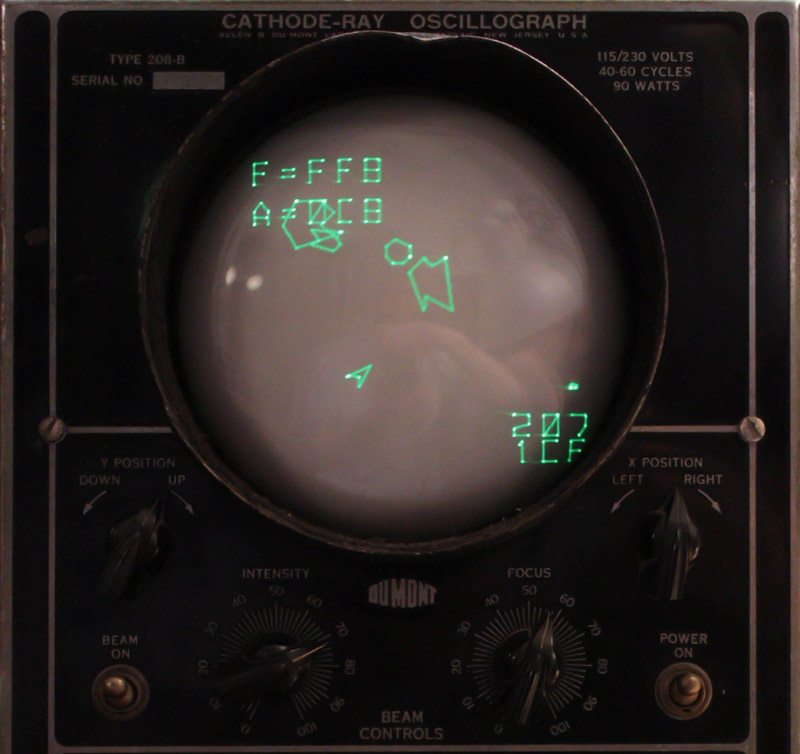 Lines of various colors mad up the images presented by games like Battlezone, Tempest and Tailgunner. I remember feeling like those games were more “serious” than all the Pac-Mans, Centipedes and Donkey Kongs of that bygone age. Those primitive 3D renderings carried a futuristic feel that even today's highly realistic AAA sagas fail to deliver.

For me, the future (at least the near future) of retro gaming is in a revival of this vector graphic style. With today's computers, a game done in this style can achieve frame-rates and performance unequaled even by simple pixel art games. Also, with the ease of creating games that comes with modern gaming engines, I imagine a game like Battlezone could have a huge variety of locations, tanks and other game objects that would have been impossible to produce back when it was made.

I remember my older brother used to play Tailgunner, but I was always intimidated by it!

Many people might look back on the simple line art of those times and be glad that we have moved past it. But I think there is a lot of untapped potential. Having access to more colors, effects, various genres, and sheer number of game objects could result in some amazing and unique games and graphics, the likes of which have never been imagined before.

They say that limitations are crucial to innovation. I love the idea of limiting my design to this kind of stark rendering of objects. 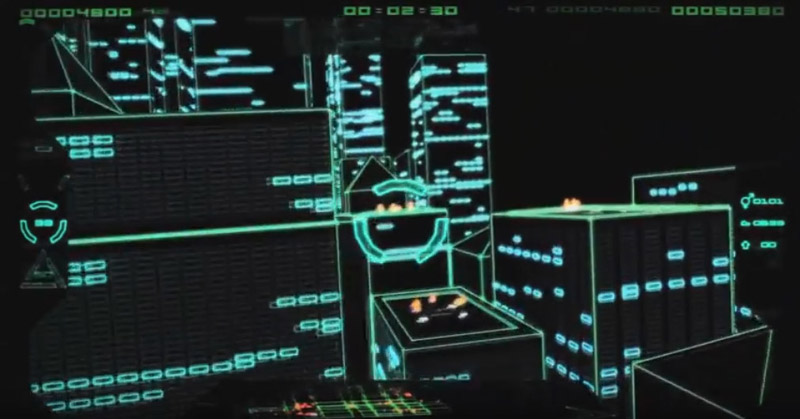 Vectropolis was never completed, but this screenshot demonstrates its wondrous potential

A while back, in 2013, a game like this was unable to receive the necessary funding. Vectropolis was something I found out about when I began developing my own game based on vector graphics. It was unfortunate that the game was never made, I think it looked fun, but I also think there is a lesson we can learn from it's failure. Vector is an old fashioned style, and it is not really popular right now. Making a huge, high budget game based on this style will likely result in disappointment. However, for the hordes of indie developers out there today, looking for a unique visual style, it is a potential goldmine. Imagine making a 3D game that doesn't require lighting, textures, normal maps, or any of the other things needed to make 3d games look good these days?

Production times could be reduced significantly, or that time and effort could go into game mechanics or other aspects of development. I for one, am excited by this prospect, and as a developer, I have already started to make my contribution to this new, old genre of games. Notice, the rest of this article is for promotional purposes. You have been warned. 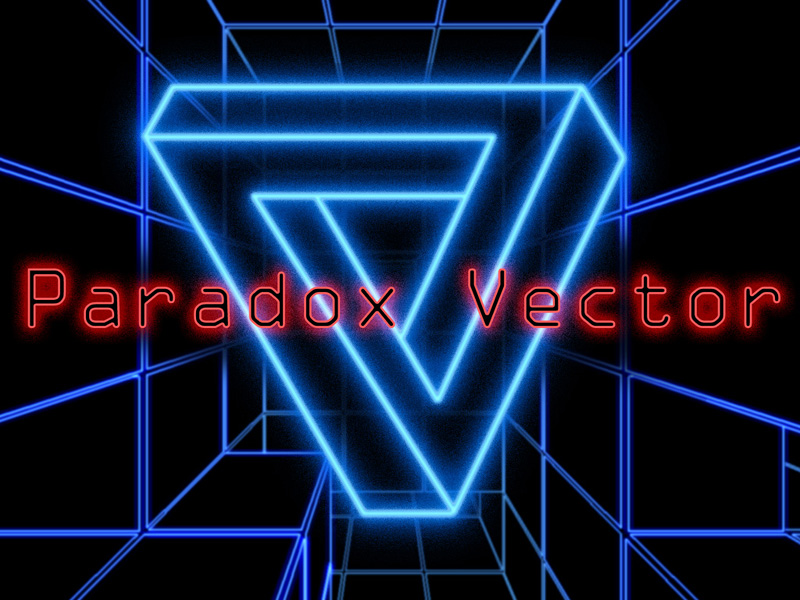 Paradox Vector is my own humble contribution to this burgeoning genre...

Paradox Vector is a vector graphics game, set in a world of impossible geometry. Captured by creatures bent on shattering reality, you must fight and escape their inter-dimensional prison and warn the people of earth. Getting inspiration from the drawings and etchings of M.C. Escher, I wanted to create a 3D version of some of his impossible geometric locations. Follow the course of a waterfall that feeds itself … find yourself inside a Penrose Triangle … or watch as the game's levels flip upside-down … all while battling indescribable horrors from beyond the edges of reality. Anything is possible in Paradox Vector!

The game has a free demo, and I am very interested in getting feedback. You can download it here on IndieDB, or from one of the following two sites: