Post news RSS [v1.0.7] Update changelog and a preview of some new stuff!

This demo update brings some bugfixes, typo corrections and much-needed optimizations. Also, a sneak peek of an alternative movement system and new locations!

I also wanted to share some of the new content I've been working on lately, which includes an alternative movement system and, as usual, brand new locations. So, let's go by parts…

Okay, it's nothing mind-blowing… some bugfixes, typo corrections and much-needed optimizations.

I probably touched WAY more stuff than I should've, so PLEASE, let me know if I broke something… because that's what usually happens.

Let's move on with some new progress:

I wanted to share a little preview of what's going to be an alternative movement system: Click and hold! (Basically, you walk/run depending on how far the cursor is from the character.)

This was tested after a player suggestion and I really liked how it worked. It still needs A LOT of polishing, so it can't be officially implemented yet!

I'm also planning a proper 'console mode' with RPG-like controls so the final game can be played comfortably with a gamepad. More info about this in future updates!

As usual, I'd like to end the article by sharing some of the new locations I've been working on this last few weeks. They're all 'Work in Progress', so please go easy on them! 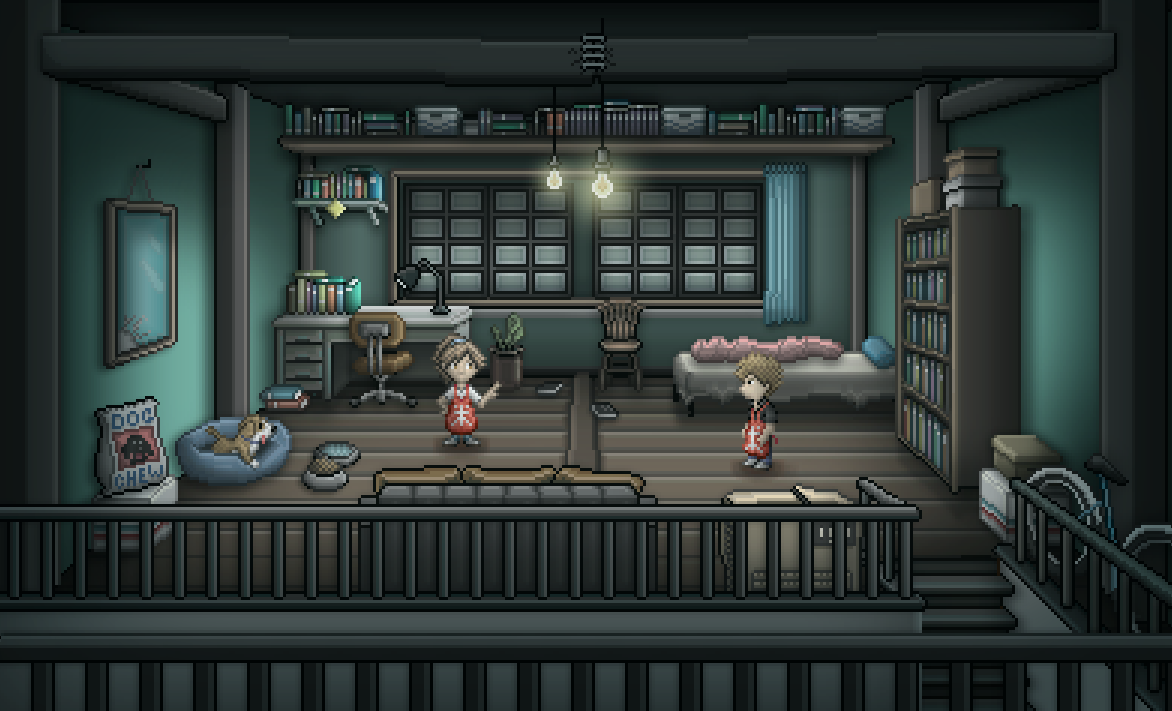