In this article, we touch upon what's been done since our last update a couple months ago. The progress we've been making in terms of game design, code, and art.

Fleet Hackers has been evolving slowly over the past two months, but nonetheless, we've been making significant progress. With the official return of Ivan Rastrigin, and the amazing cinematic art of Matthew Neururer, we are well on our way to our big trailer debut in September. First of all, I want to thank all those followers, I don't have many, but I appreciate all 6 of you <3!!!! And of course my twitter friends, whom I've recently made.

Those #screenshotsaturdays are awesome motivators, I spent years looking at it all wrong, the community feedback, even just a microscopic amount (4 likes on twitter) means the world to me. It motivates me beyond anything.

So, with no further delays, here are the goods: 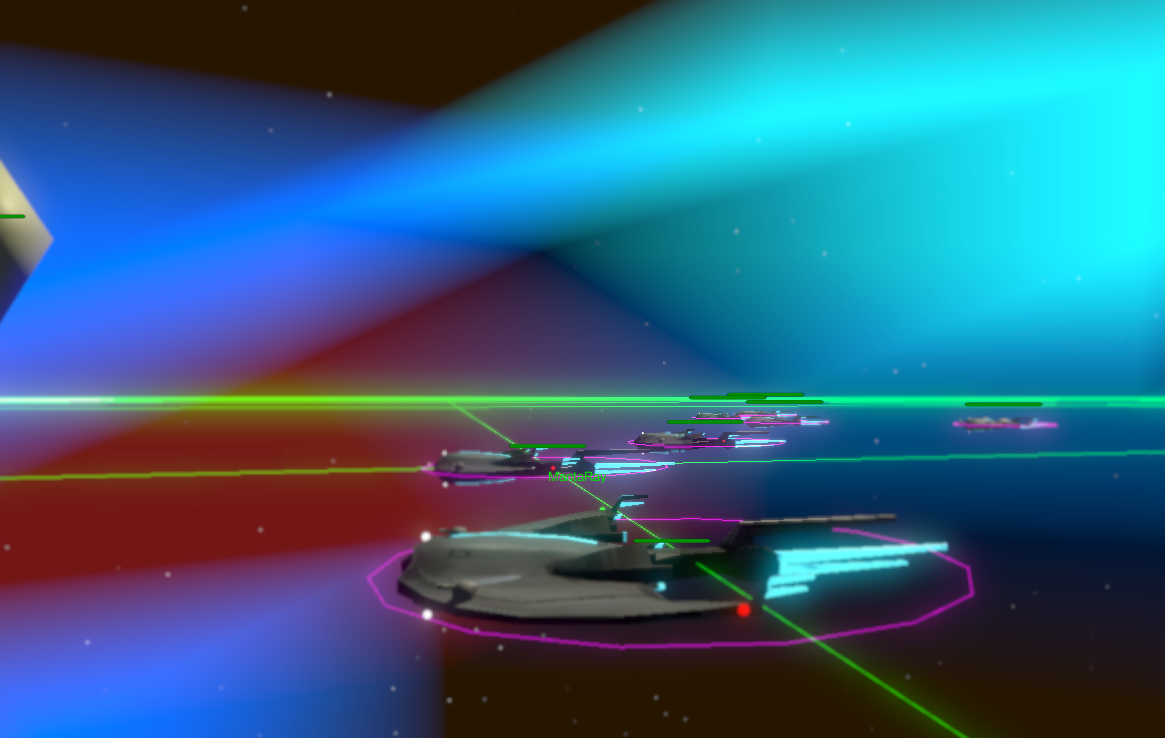 The formation, camera, and movement system got a complete overhaul.

Ships have this pseudo-sliding space behavior which is cool. If they're turning, they move in the desired path less than when they are facing that waypoint. Their forward engines provide higher thrust as their angle from the target location approaches, it creates this cool curvy sort of motion. 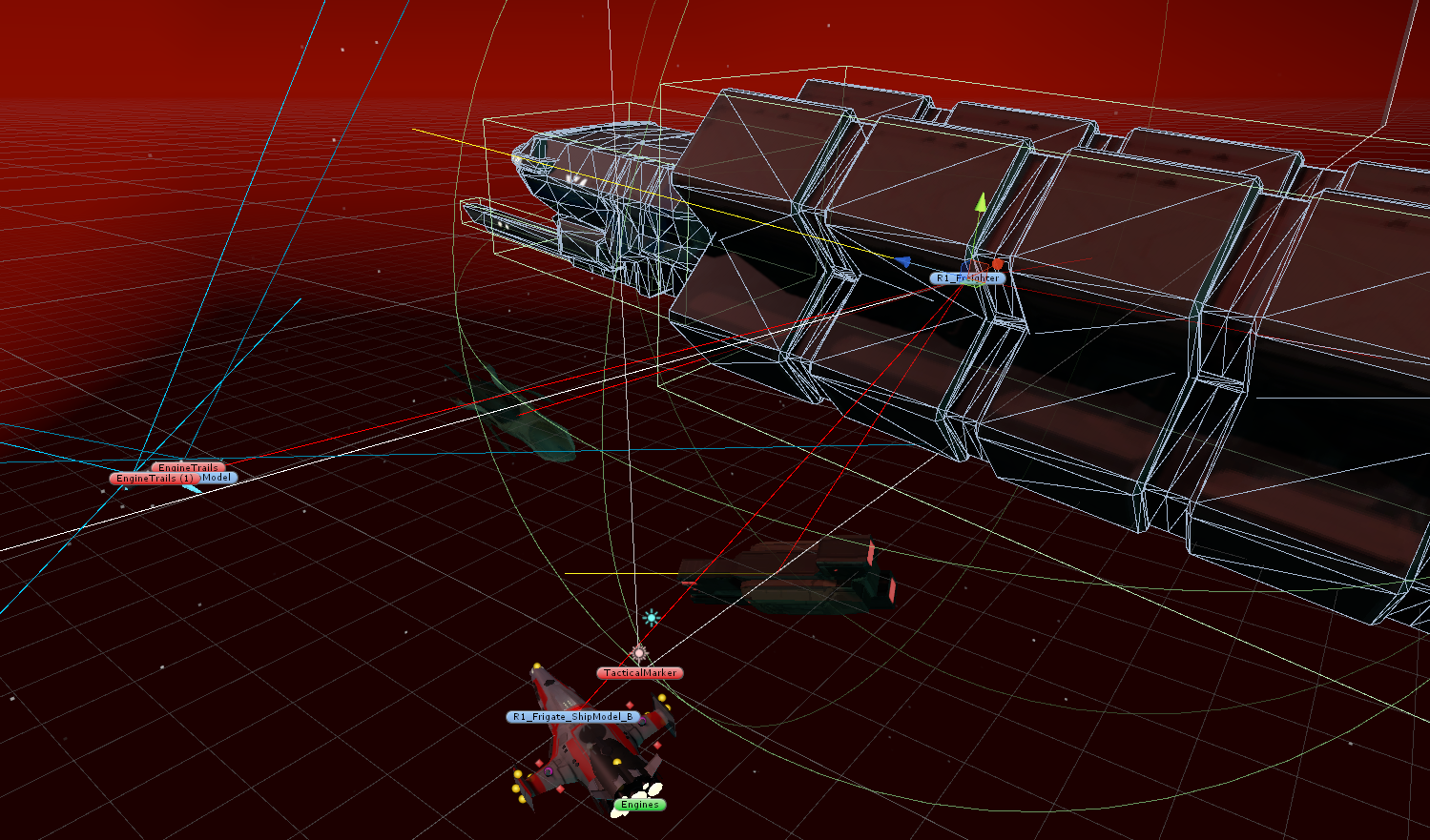 The movement system now has some collision avoidance AI, works pretty well on small to medium structures. Mega structures could possible work too, but they'd have to be broken up into smaller pieces, otherwise I'd have to look more into multi collision volume system handling(I totally made that up). 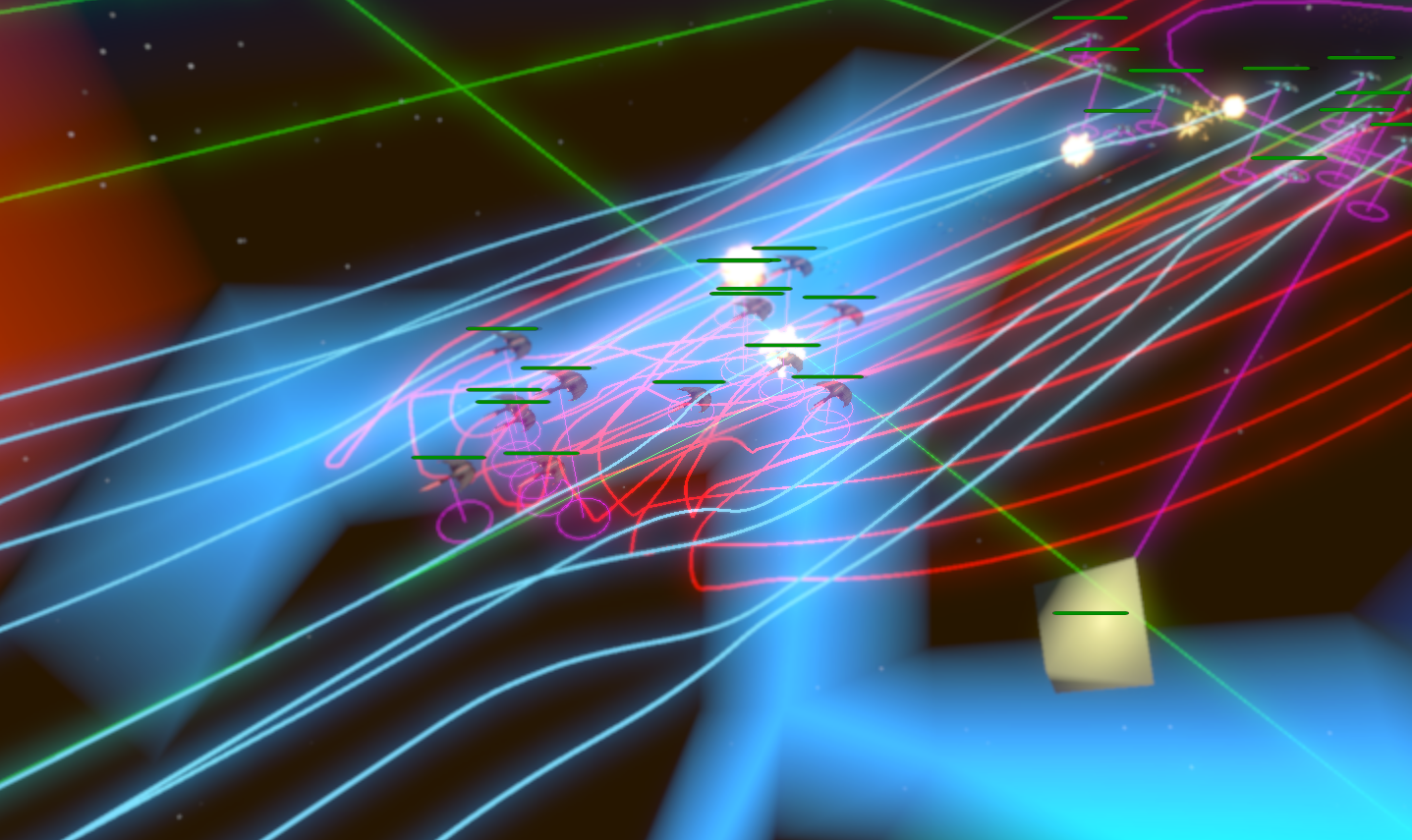 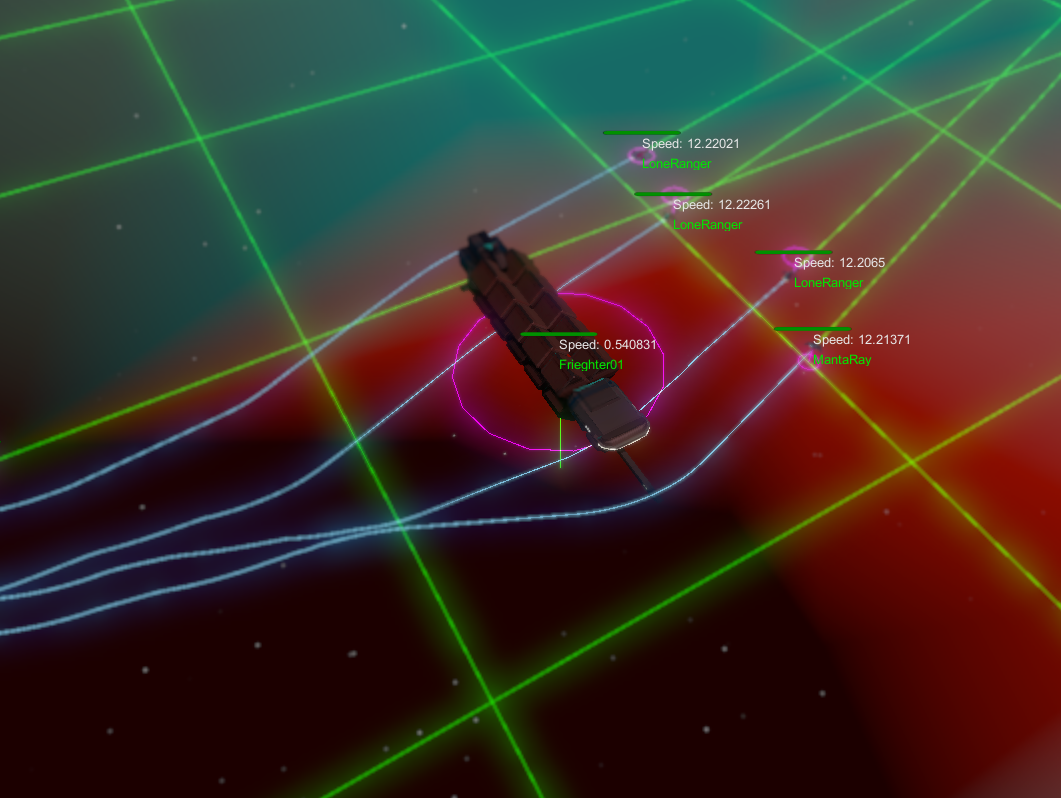 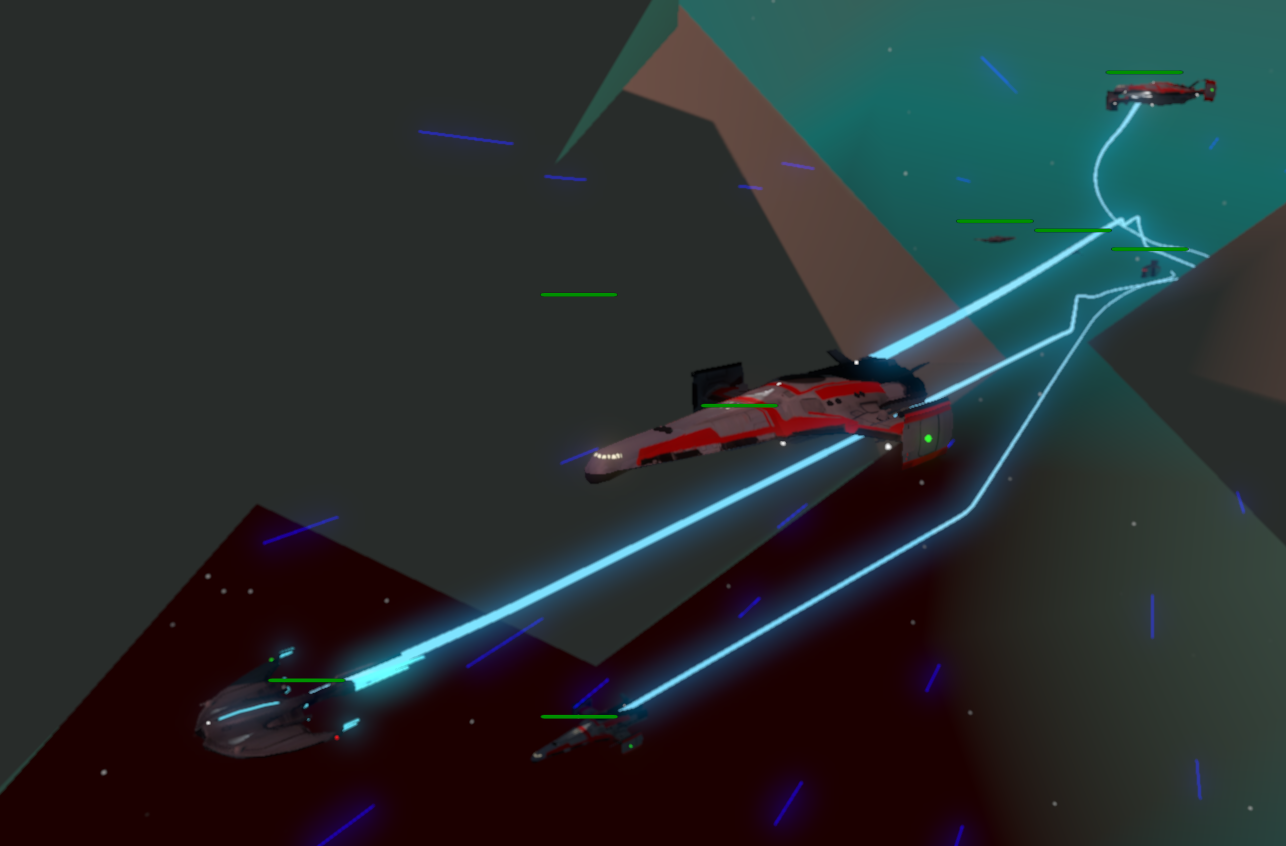 The trails were for just visualizing at first, but I found them really cool and pretty to look at. They might be around for quite some time.

Here, we have two animations showcasing how the ships attack each other. One is a head on space battle, obviously the blue guys are doomed, and the other is a frieghter being attacked. Notice how the ships continue gliding in an attempt to match the freighter's velocity at the same time as firing. Space ships have this tactical advantage over sea or air ships. Which is somehting I want to emphasize A LOT in FH. Other than that cool gameplay jazz, we're also putting together two seperate story and gameplay trailers. One getting people interested in the story, and the other showcasing what we can expect from the gameplay.

Here's some of our concept art for the planned animatics: 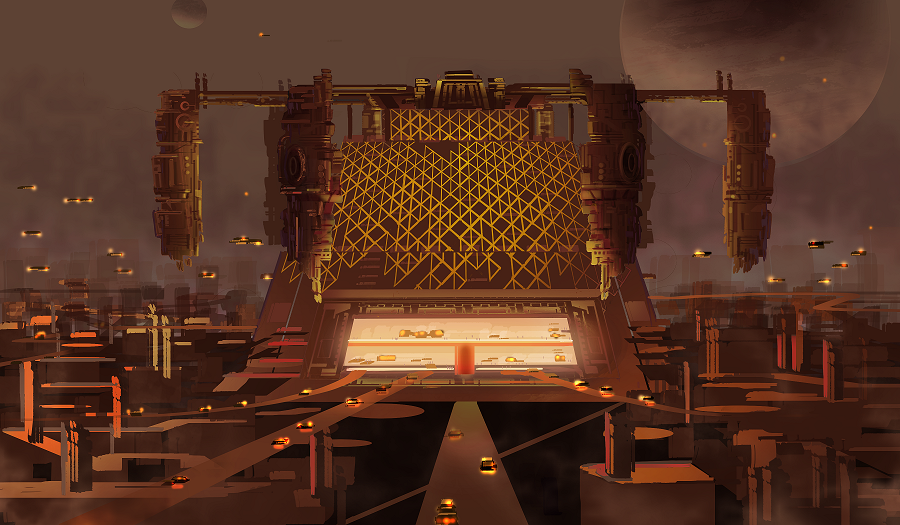 Palace of the emperor. 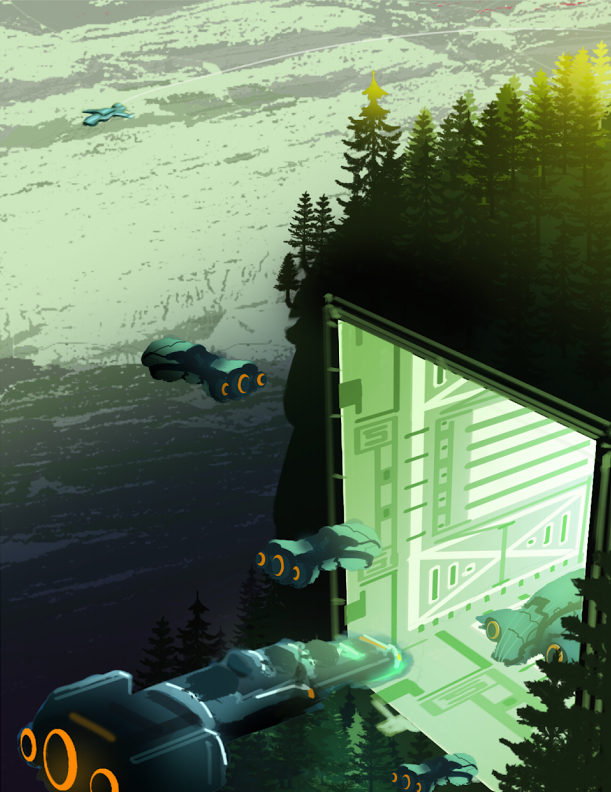 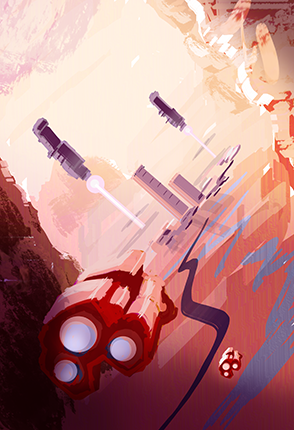 Ships get to fly in the atmosphere for our animatics. 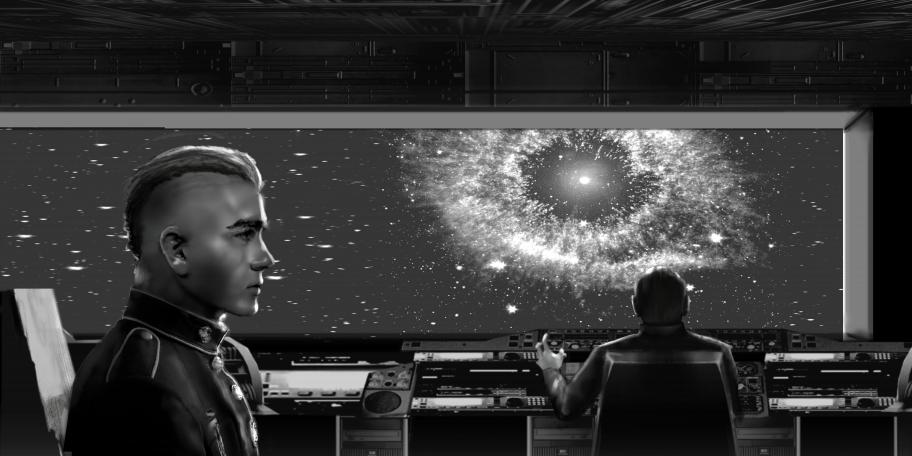 The bridge of Captain Mautch.

That's all I have to share for today, I'll be back in a month and a half with a trailer, or something!