First update about Solarblade! I'll briefly introduce the game and show what I did last week.

Hi! This is the first update I'm making on here about my next game, which is Solarblade. Some might know it already; but if you don't, it's about a young giant called Sol! It's a top-down Zelda-like, with both 2D and 3D elements.

What really makes it shine is the protagonist though; Sol himself is a giant (specifically, he's from a humanoid species called Kewtians). He has unique abilities to help him and pretty much the only gear he has with him is a massive sword and shield to fit his size (and even then, he uses his fists just as much).
Being a giant, Sol is much bigger than other people (and most monsters), which makes for some unique stuff not seen in other games. Oh and Kewtians grow in size over time too, so Sol gets even bigger on his adventure, which is an ability in itself!

Anyways, with some context about the game out of the way, let's get to the first update. Keeping motivation up for making a game is hard, but I have some stuff to show you this update anyway:

First off, I modeled a bunch of new houses for the game! Solarblade uses a mix of 2D and 3D graphics, so exterior buildings and such will be mostly 3D. 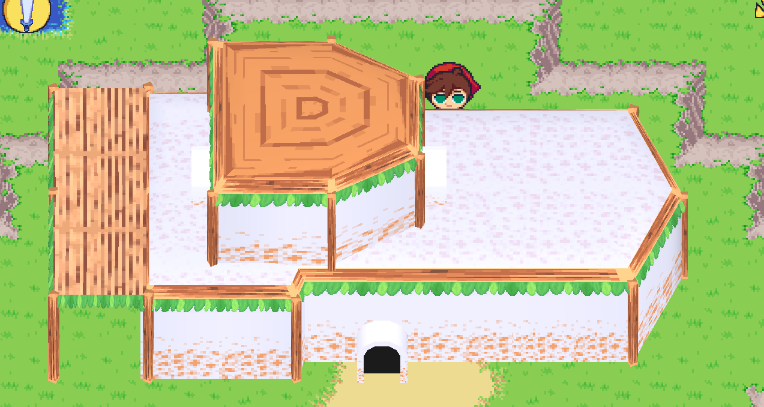 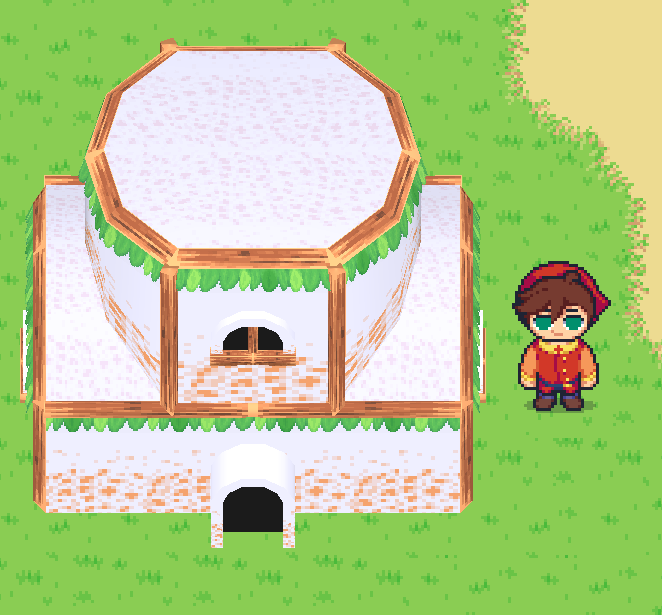 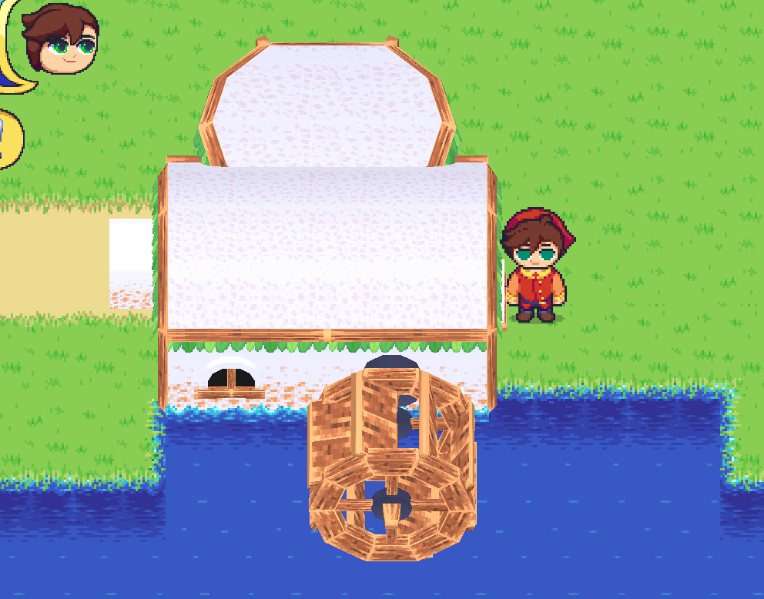 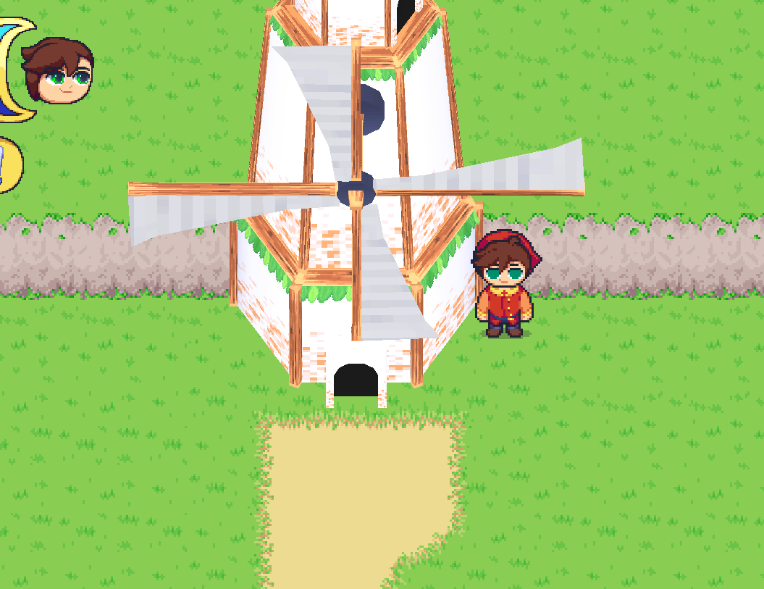 After that, I set up a bunch of the interior of buildings, made it possible to enter them, added a bunch of new interior tiles the game didn't have before, and so on. This still needs a lot of work, but the basics are there. 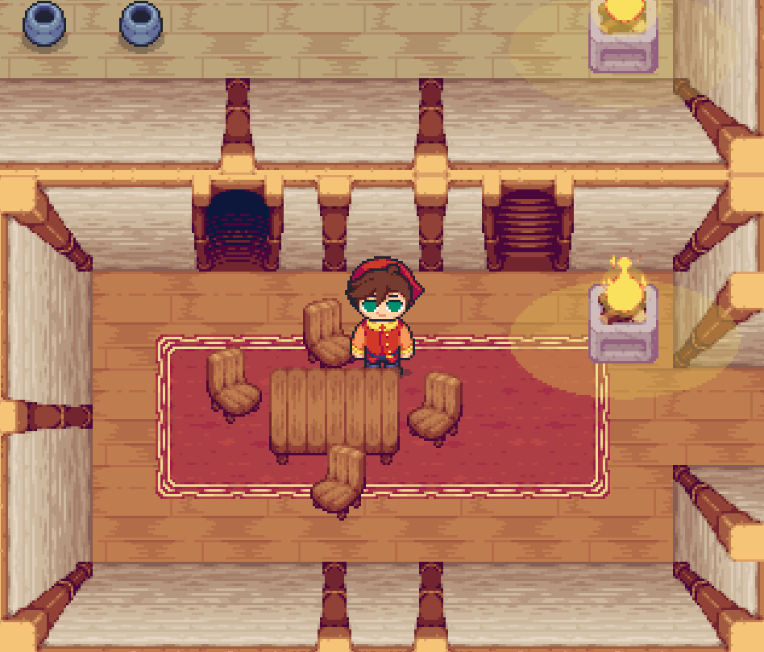 I also coded a bunch of weather stuff, as the game has a dynamic day and night cycle and a weather system. For now this includes wind, rain, sunny days, fog, and cloudy skies. It's not all complete, but it's mostly there! 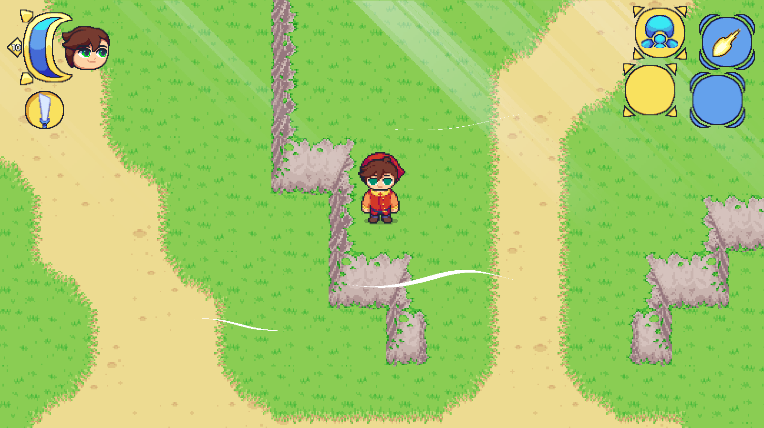 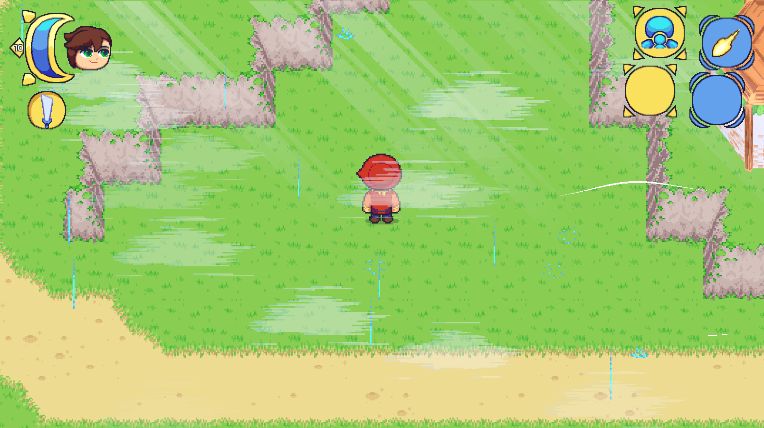 I try to make some tweets every week, so here's the tweets from the last week!

If you want to see these kinds of updates even earlier, join the community, or if you just simply enjoy what I do, you can feel free to join the Discord server! You can find it here: Discordapp.com