We're nearing our first Asteroid backer weekend! That means everyone who backed the game at the Asteroid reward Tier will be granted access from July 26th - 29th. If you backed via the Kickstarter campaign, IndieGoGo, or the Infinity Battlescape Game site, you will be eligible to participate! 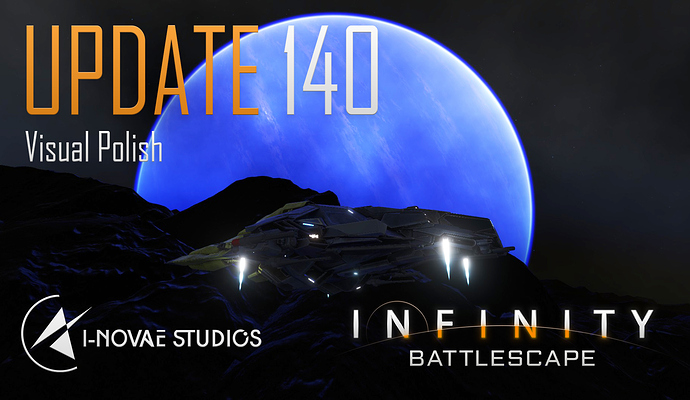 It’s been a while since the last update, clearly we cannot call these updates “weekly” anymore

It isn’t entirely a surprise though, as we’re getting closer and closer to the Early access launch (September 2019) so I’m getting busier and busier.

A few weeks ago we released patch 0.4.7.0 which contained the first version of the UI. Unfortunately I wasn’t able to finish the star map in time, so it’ll be delayed until the next patch, end of July.

Our first Asteroid backer week-end will run from Friday the 26th of July ( around 19:00 GMT ) to Monday the 29th. This means that pretty much everybody that participated to our crowd-funding campaigns on Kickstarter and IndieGoGo ( or our own website at the $30 tier ), will have access to the game.

Our goal is to start production of the game trailer for Steam around the end of July. We’ll use the asteroid backer week-end as an opportunity to record the new footage.

In the past 2-3 weeks and until mid July, we are focusing our efforts on visual polish for this footage, to make the game look as attractive as possible, within our limited time and budget of course.

We’re doing a pass over all the placeholder effects and replacing the worst offenders to improved versions. There are a number of effects that we think are good enough for now ( like the warp jam or the ship explosions ) but there are many others that we are upgrading. Here’s a non-exhaustive list: 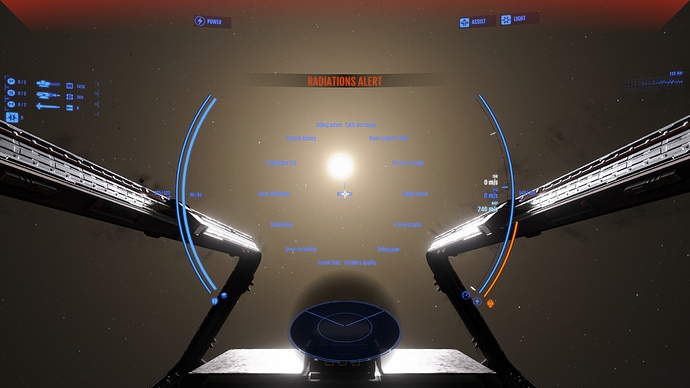 Note: capital ships have more HP, so they can get closer to the sun before dying… 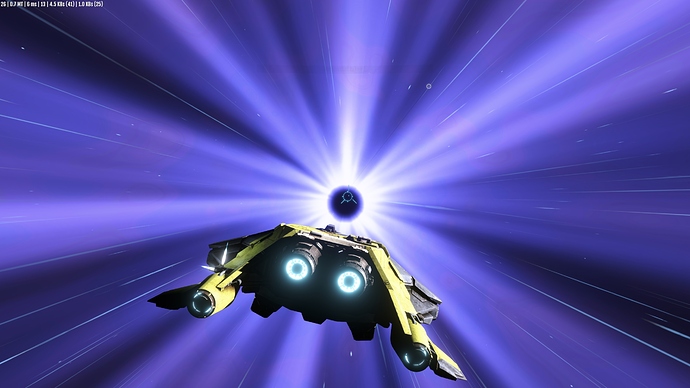 Note: we’re also playing with the idea of twisting the tunnel around the ship dynamically,
and maybe add a purple-ish light to make the ship feel more integrated to the tunnel.

In my opinion, the best thing is that the effect isn’t just an artistic / static backdrop, but fully dynamic. The smog particles tell the story of the battle due to their nature. They even inherit a bit of the velocity of the original explosion and spread in various directions randomly. 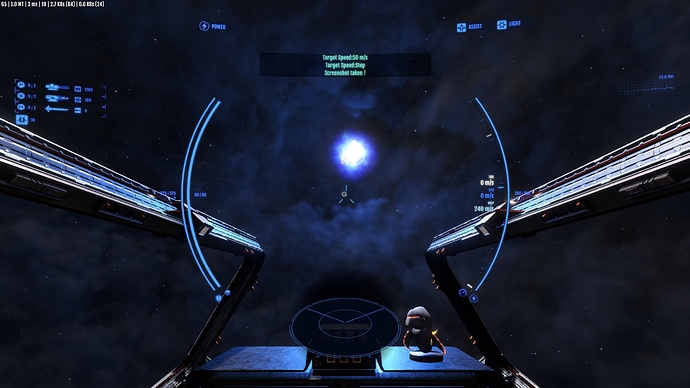 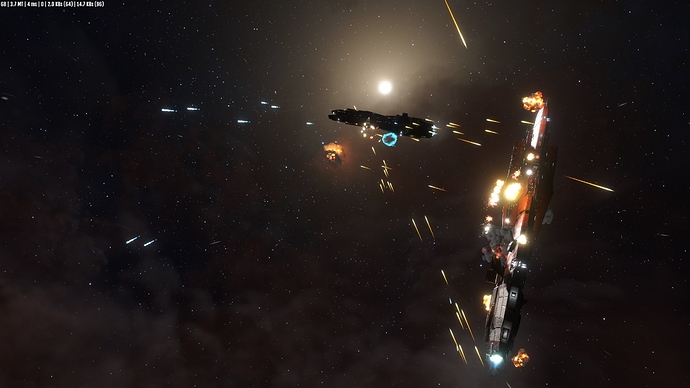 More battle smog. The smokey effect is a placeholder,
we’re working on higher resolution ones with more variations.

Kristian has finished texturing the corvette. In the pictures below you can see the Scoria default skin. He’s started texturing our last ship, the carrier. It is unlikely to be 100% finished by the end of the month, so we decided that we’d concentrate on the major areas of visual interest for the trailer, and apply some basic texturing on details, and revisit the details texturing properly at a later stage. 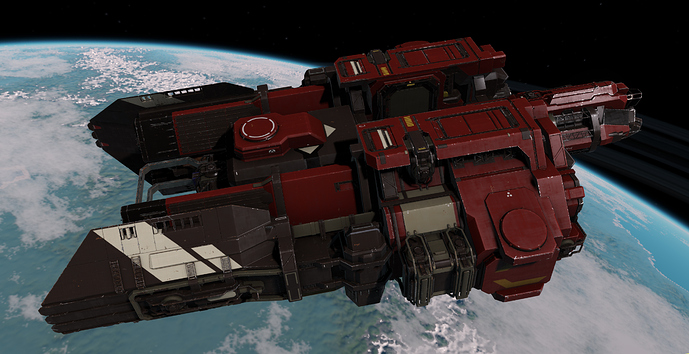 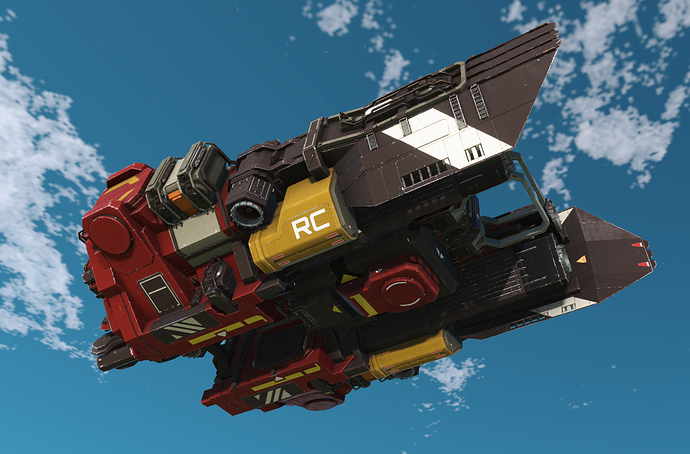 In terms of gameplay, we are ( admitedly at a lower priority, since we’re focusing on visual polish ) iterating on the UI / menus, AI, cleaning the HUD / making it more intuitive. I am also hoping to get the ( finally ! ) capital ships missiles / torpedoes / counter-measures / flak canons in, for the next patch.

Ideally, we’d also get the ship ugprading system in, but I’m not sure there’s enough time left in July to do that. We’ll see where we stand at the end of the month.

Note that I will be leaving in a vacation trip to France next week, for a couple days, before we enter the final stretch to the game’s launch. I’ll be very busy on producing the next patch when I’m back in mid-July, therefore there will be no more development update until the next asteroid backer week-end.

Read this update and engage with the growing community on our forums!