Newest info about the progress I have made so far in the development of HERO.

Sorry it's been so long - I took a week-long vacation, which meant a week away from my primary computer... no development :( But I'm back, so let's get ya'll up to date with what I've been working on!

First off, I've added an awesome cape to the Hero! Seems all hero's should bear capes, yes? 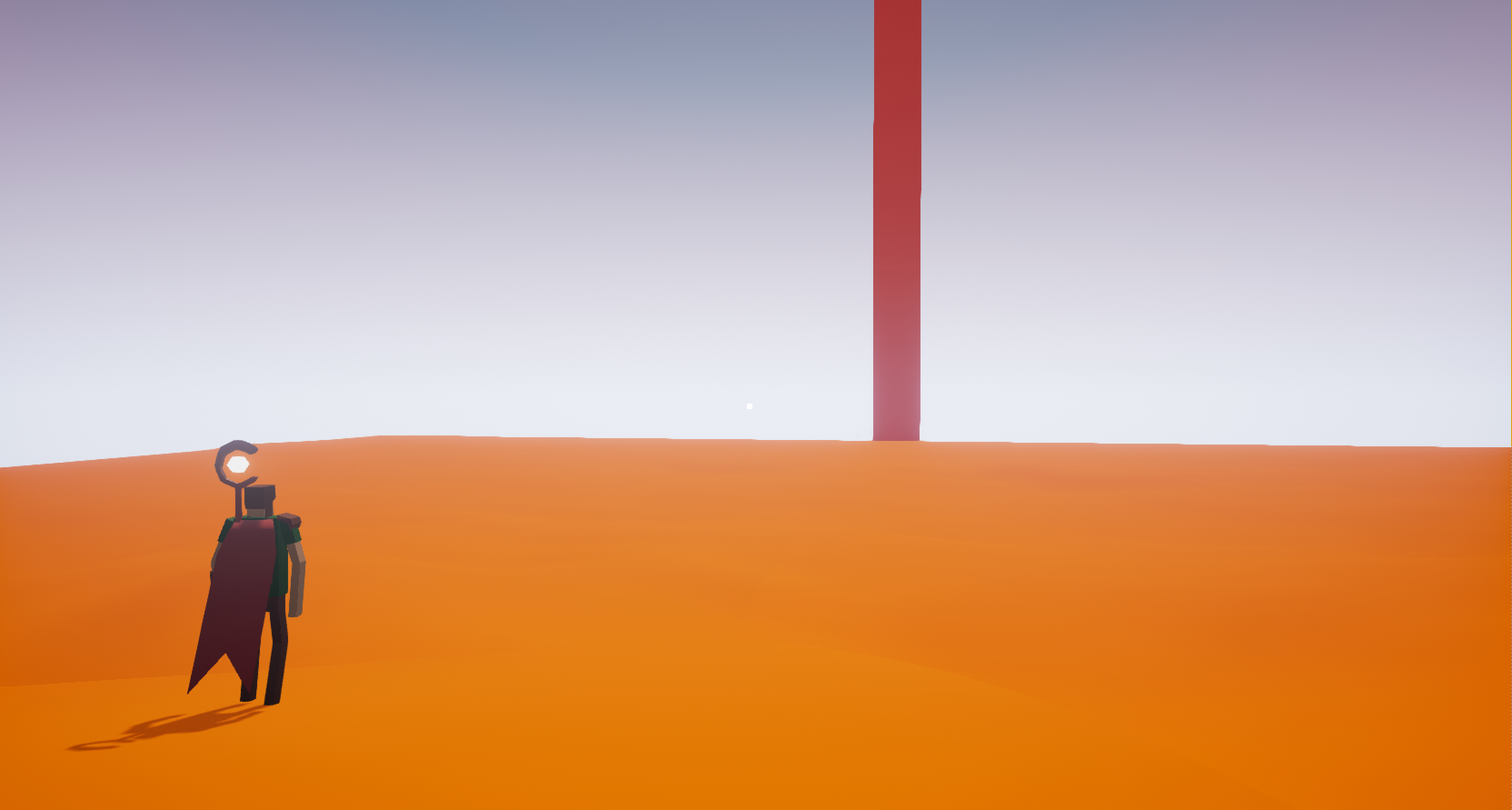 The cape in all it's glory

It's certainly not perfect - I haven't set up collision with himself so it kinda floats through his body sometimes... however, it's a good start.

I have also thought of several ways this cape could be turned into gameplay - mainly as a form of transportation between biomes. My current thinking is to have a short action sequence/gameplay when you travel, aka turn cape into glider to leave plains, to magic carpet to leave desert, and even using it as if your bull fighting with the giant, making him ram into columns to break out of the mountain. The sky's the limit! 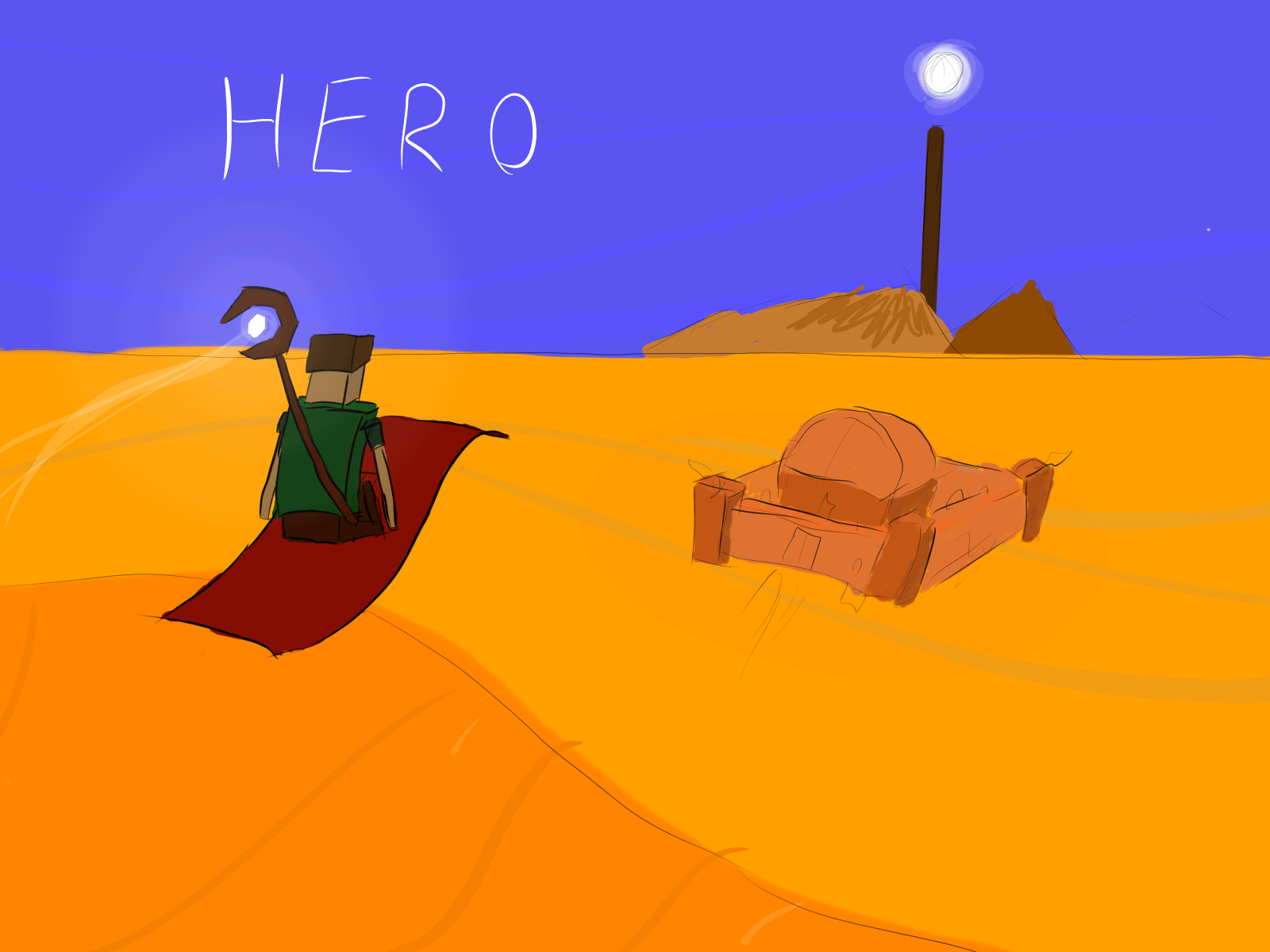 A quick sketch of the magic carpet's magic

One thing my vacation allowed me to do is so simply stop and think - what do I want my game to be about. The answer, is adventure. I want to feel like when your leaving your home, your going on a grand adventure. This should become a major theme in HERO - traveling unknown lands and meeting strange people. I'm getting a good deal of ideas from novels like Lord of the Rings, Narnia, and so on... these books create a feeling of excitement and joy and something very special. And I want to capture this in my game.

Also, I've been playing UNDERTALE recently: I think having a bit of quirkiness could be fun, if done correctly. We'll see, I guess. 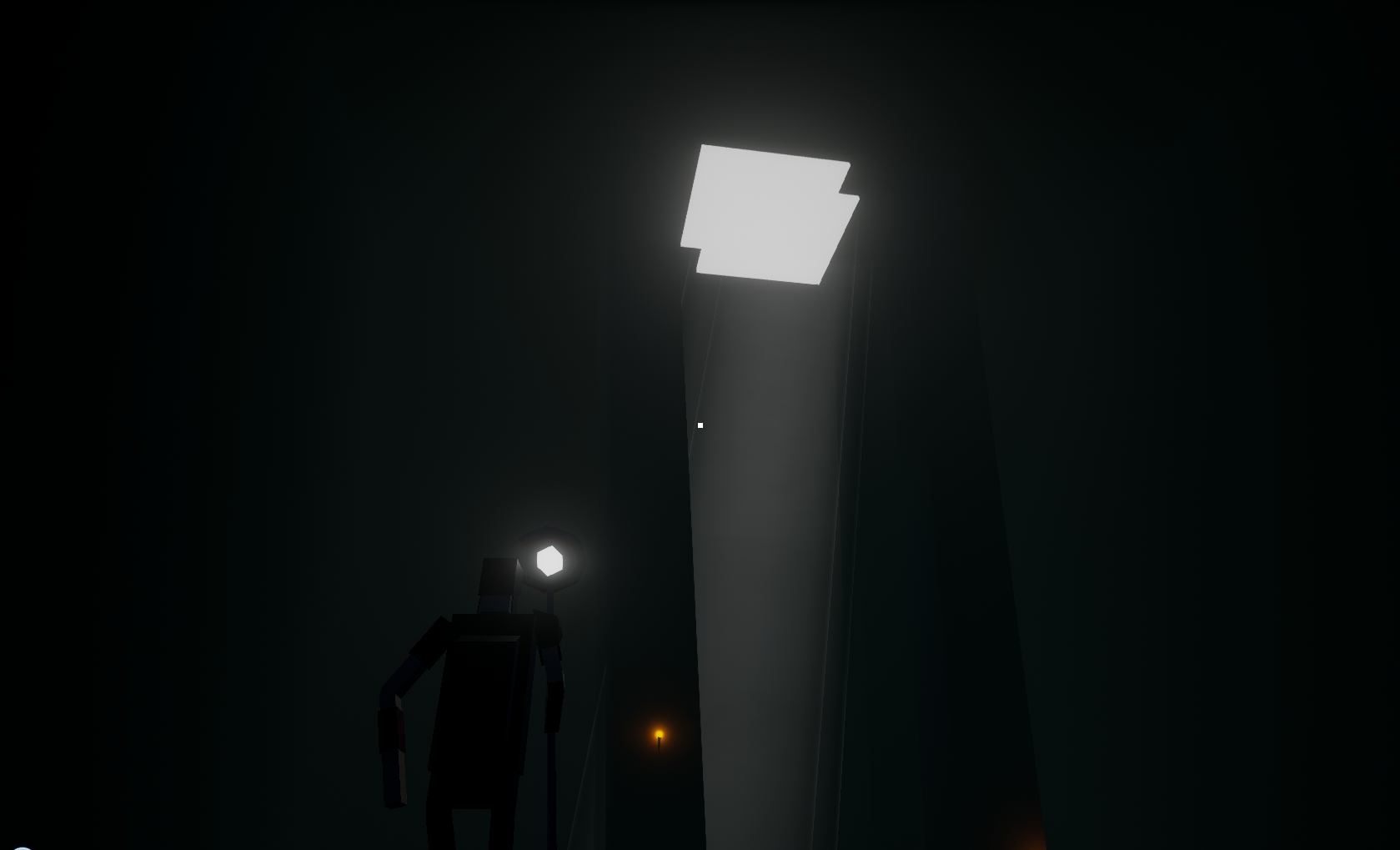 Here's a quick list of new features I've added! This time around it ain't much, since I've been focusing on design... 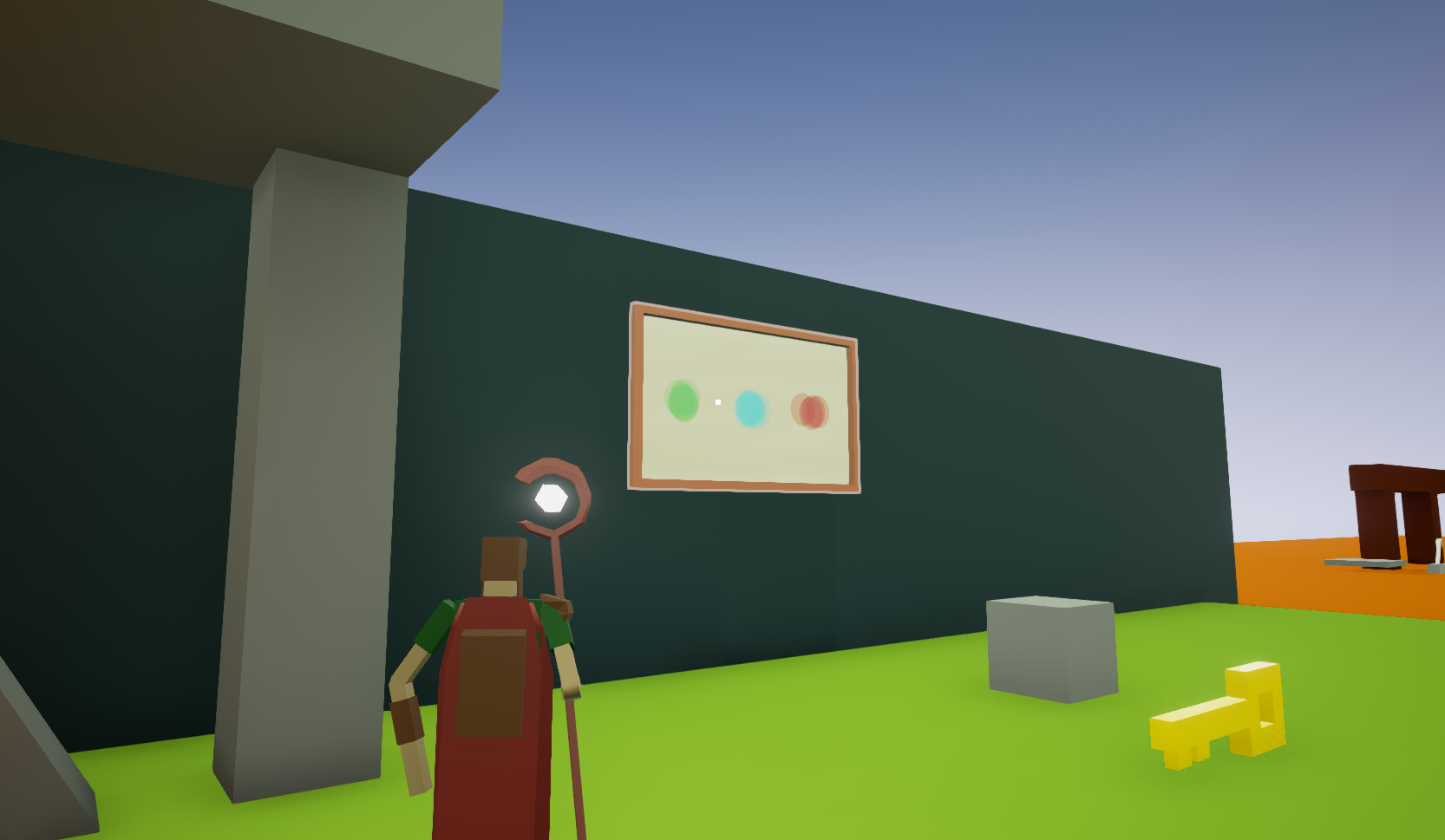 Paintings are Interactive! The future is now! 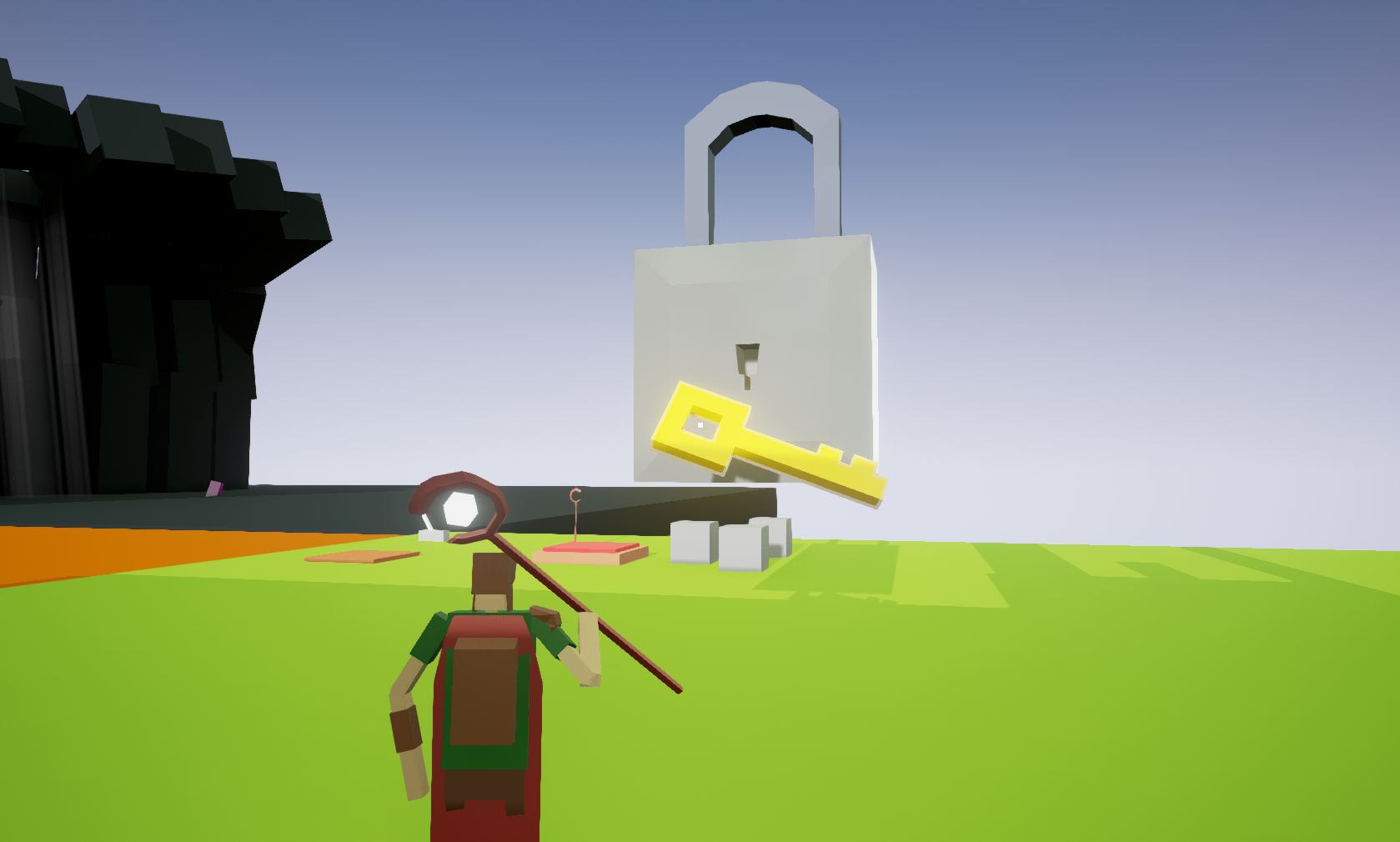 One thing I enjoy a lot in games is the lore, the history of the world. I know for a fact that the lore will not be a gameplay mechanic, nor will it affect the game itself... not everyone likes lore, and this isn't a lore game.

I'm thinking that embedding lore and stories into the world itself would be fantastic... I'm thinking of breaking my "no words" rule and creating books or scrolls with history, that the player can piece together to understand why everything is the way it is. 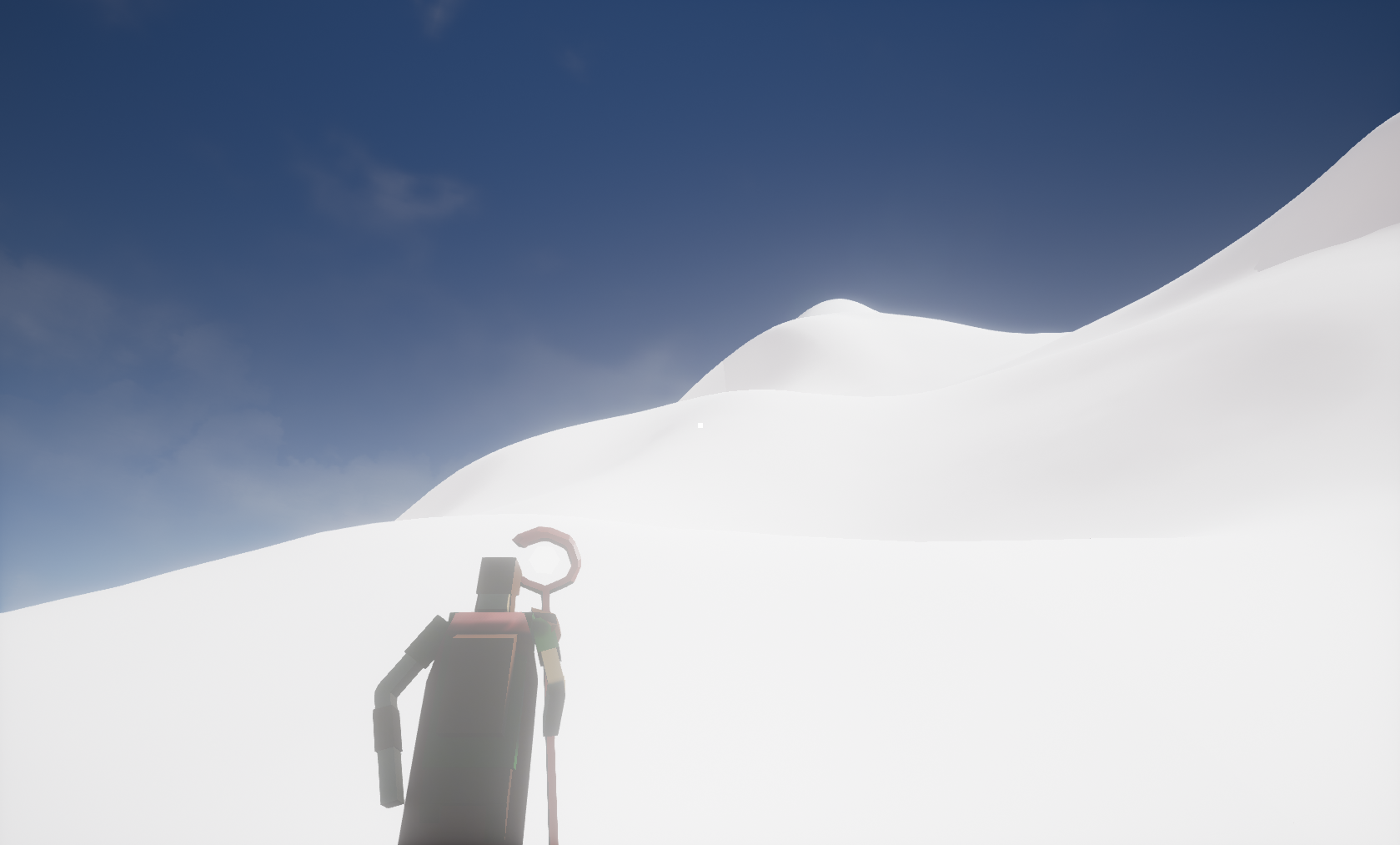 New Biome: Snow! (Which will lead to the Giant's Den)

Alright guys, that's enough for now. Sadly haven't gotten much physical stuff done since most of my work in the past few weeks has been on design and sketches and such... more on that later! I'm thinking I'll be posting my next update in a month or so, along with actual footage of the gameplay itself.

Please watch, and follow me on Twitter! I also have a Blog! Thanks so much for reading!

It needs some water for atmospheric value, even if just in the background. I really like the snow though.

Interesting idea. Do you mean water as in a lake?

The water could be an ocean. Even if you put it in the distance it would make the world seem more vast.

I'll look into it! Thanks for the feedback!

I have gotten ideas from Journey, but is not a copy - if you have ideas to make it look more original that'd be awesome ;)