OpenRA is a Libre/Free Real Time Strategy game engine supporting early Westwood games like Command & Conquer and Command & Conquer: Red Alert with emphasize on competitive network gameplay. Not only the interface is modernized. It also adds features from it's successors such as capturable oil derricks that generate income, bounties and a production queue system that prevents excessive spamming. All unit stats have been carefully updated to allow more interesting and fair matches.

The game is also highly moddable with an active community contributing content for your map or mod. Command & Conquer: Tiberian Dawn is supported as a mod. Dune 2000 and Star Wars are work-in-progress. Visit the forums or hop in at #openra IRC chat to join the discussion. Fork us at Github.com

Have a look at the latest unstable playtest and provide feedback on the new units. Already included is the soviet flak truck and the demo truck might have a return, too. A remake of the best missions from the original campaign with co-op support is also showing some progress.

Remake of the Allies Campaign 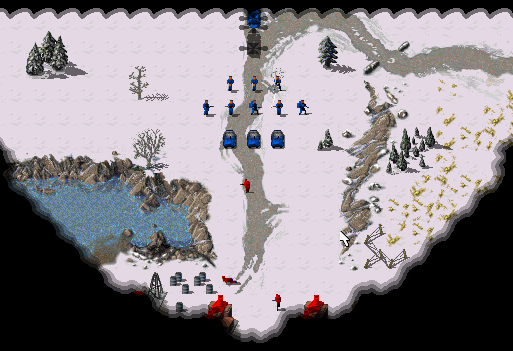 when abouts will it be coming out?

i meant on desura