We are about to finish the development of version 0.93. We have a lot to add to this edition. The main updates are as follow: Companion System, Enhanced world map faction AI, Improved Soldier Customization System, Added several bandit factions, Added the beginning background selection, Improved World Map , The game's lore. 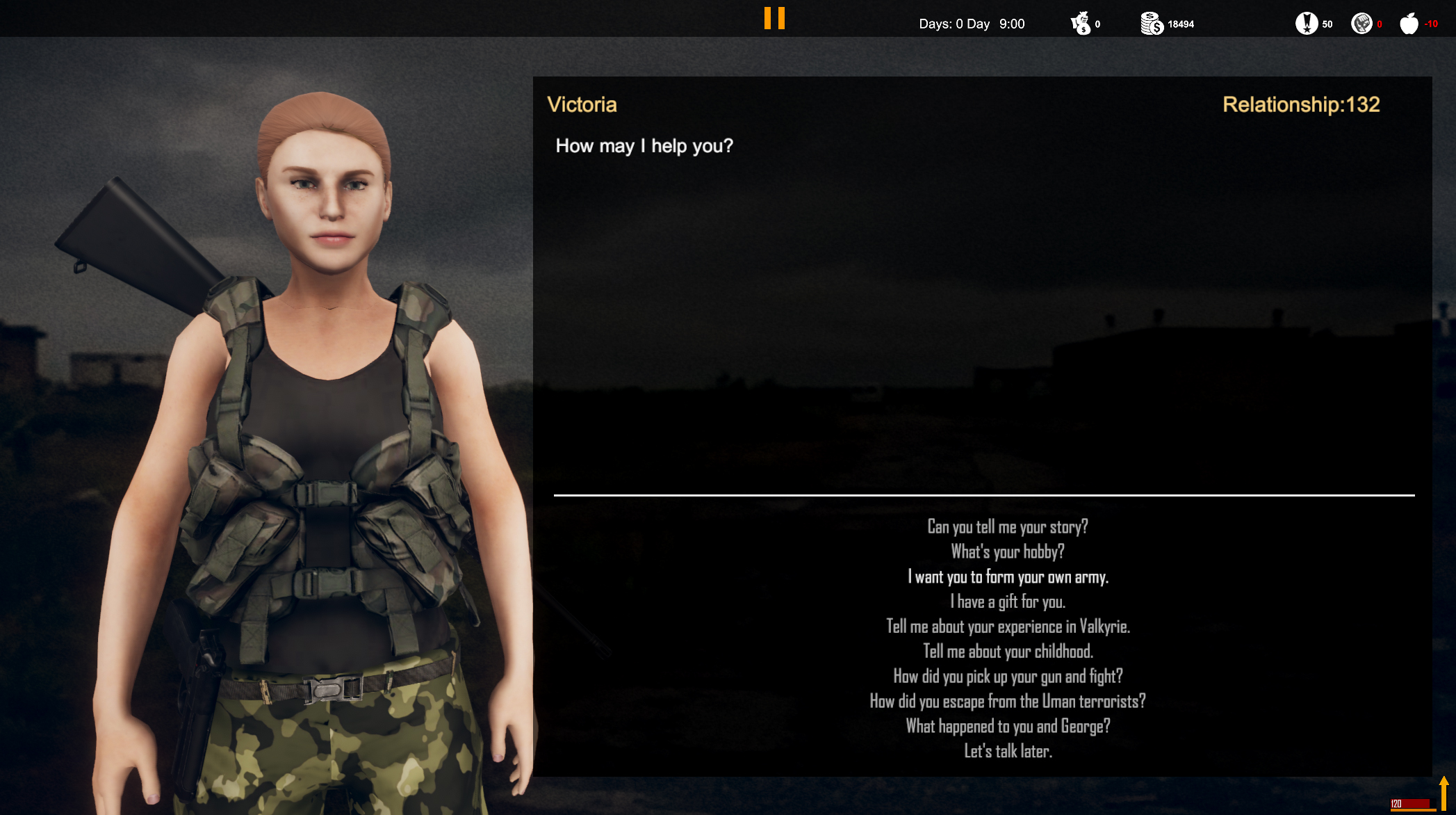 We are about to finish the development of version 0.93. We have a lot to add to this edition. The main updates are as follows.

Companions like Anna can be hired from town pubs or captured in battles. We added personality dialogues to each of our companions. Through conversation, you can get interesting information about their background stories, personalities, hobbies, and so on. At the same time, players can improve their friendliness by chatting with them and giving them gifts. Enhanced friendliness can unlock more conversations and interactions - such as love. We added the gift shop, and players need to discover each companion's preferences through dialogue to buy the right gifts. Except for these entertaining interactions, companions are also of great significance to the game-play itself. You can organize them into your own team like soldiers, or you can make them independent from you and let them lead their own army, helping you to attack and defend cities. Each companion has different skills. Some are suitable for combat, some are suitable for leading, and some are suitable for managing towns. These skills include leadership, tactics, financial skills, town management, and so on. Different companions have different requirements for joining, some need a large commission, some requires a high reputation. After the campaign is complete, each companion will also have a corresponding ending.

The AI faction forces will do more complex things. For example, to gather troops to attack a city in a group, to reconnoiter the enemy city, to revenge when their cities are taken, and so on.

More proficiency attributes have been added, such as grenade launcher, throwing, and armor proficiency. At the same time, the accessory slots are added, which can be used to equip grenade launchers, first-aid kits, night vision goggles and grenades to soldiers.

- Desert Bandits: Appear In the desert zone of Cherniv.

- Mountain Bandits: They appear in the southern mountains.

- Pirates: Appear near the coast.

- Cossack Rebels: On the territories of the Free Cossack Army.

Players need to determine their initial attributes, equipment, and troops in the form of questionnaires when starting a new campaign.

We expanded the world map and made clear geographical distinctions. The southern part of Cherniv Island consists of plains, peninsulas, and mountains. The central part is desertification zone. The northwestern part is snowland. And the northeast part is forest and swamp.

Based on the current lore, we have written Cherniv's history, the background stories of various factions, and the corresponding stories of each companion.

Keep it up love your game!

I am very happy to hear that, will do our best💚