Take a look at our first devlog of the journey on making Project Dagger.

Posted by trimatrainteractive on Apr 13th, 2019

Hello, and welcome to Project Dagger.

Today, we are excited to show our progress in the development of this brand-new game that is planned to be released on Android, Nintendo Switch, and iOS platforms.

FIRST, WHAT IS PROJECT DAGGER ?

Project Dagger, previously known as Project Tartarus before its redoing from the ground up, is a reimagination of an old school first person Role-Playing game, Dungeon Crawling and classic Sandbox Exploration oriented, similar to classics including Dungeons and Dragons: Eye of the Beholder, The Elder Scrolls: Arena, The Elder Scrolls 2: Daggerfall, and newer ones like The Legend of Grimrock and the cancelled project by Techland- Hellraid. It also takes inspiration from the Elder Scrolls Travels, which are unknown to most and predate the modern Elder Scrolls: Blades. The aim is to deliver the classic Dungeon Crawler experience to mobile, utilizing the robust Unity Engine, and will be published without any paywall or pay to win elements that ruin most modern mobile games.

The gameplay will concentrate on offering absolutely pure dungeon crawling, while giving the player the ability to navigate between dungeons and the overworld. The loot-based nature of the game, taking hints from the Borderlands’ formula, will be the main hook to the Player, combined with an engaging and attractive story. 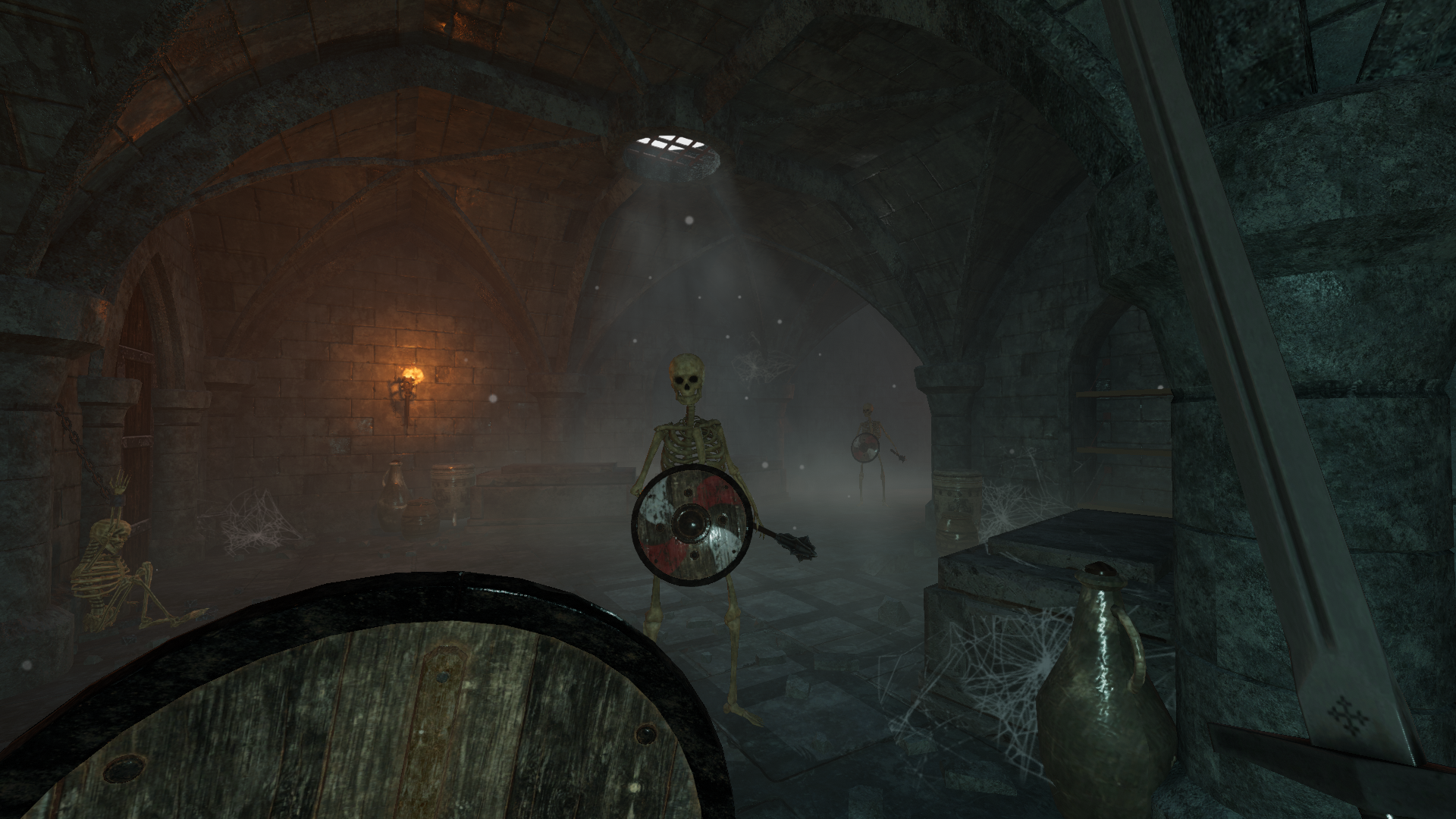 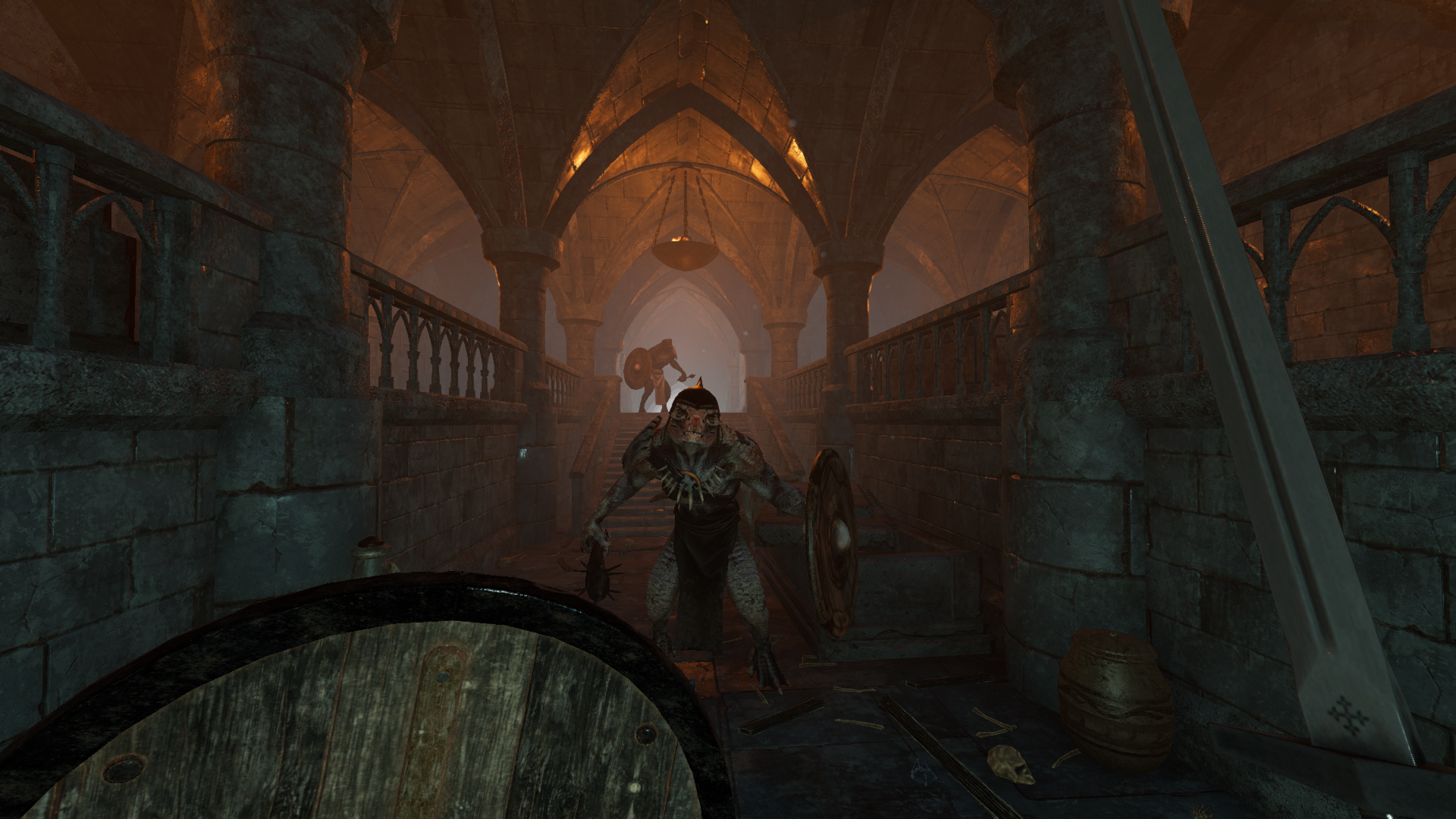 “As the Civil War rises in Adenfel, a new threat has been summoned under the shadow. The long-lost Elven Warlord of the House Amuril, Amn' Refer, kept inside the Ghost Prison, has broken free from his eternal sleep. A new war of shadow and magic has begun. Unnoticed by the warring Kings and Queens, Amn' Refer unleashed disease and corruption. The Divine Curse is was called for none could uncover its hidden origin.

But, it’s just the beginning. You are one of the Royal Archblade’s Apprentice, sent by Lord Thranerth to investigate these events. Travel to the crater of Hakun. And uncover the infernal scheme, involving the sinister shadow cult calling themselves as The Order of the Serpent, and determine the fate .... of Adenfel”

WHATS BEING WORKED ON ?

Now onto our first bi-weekly update.

We have finished our first impression of our Gothic-styled tile-set and have optimized the meshes for use. At the moment we are in starting phase of completing Dwarven-styled dungeons, taking references from Tolkien’s Moria, and emphasizing on the geometric style of the architecture. 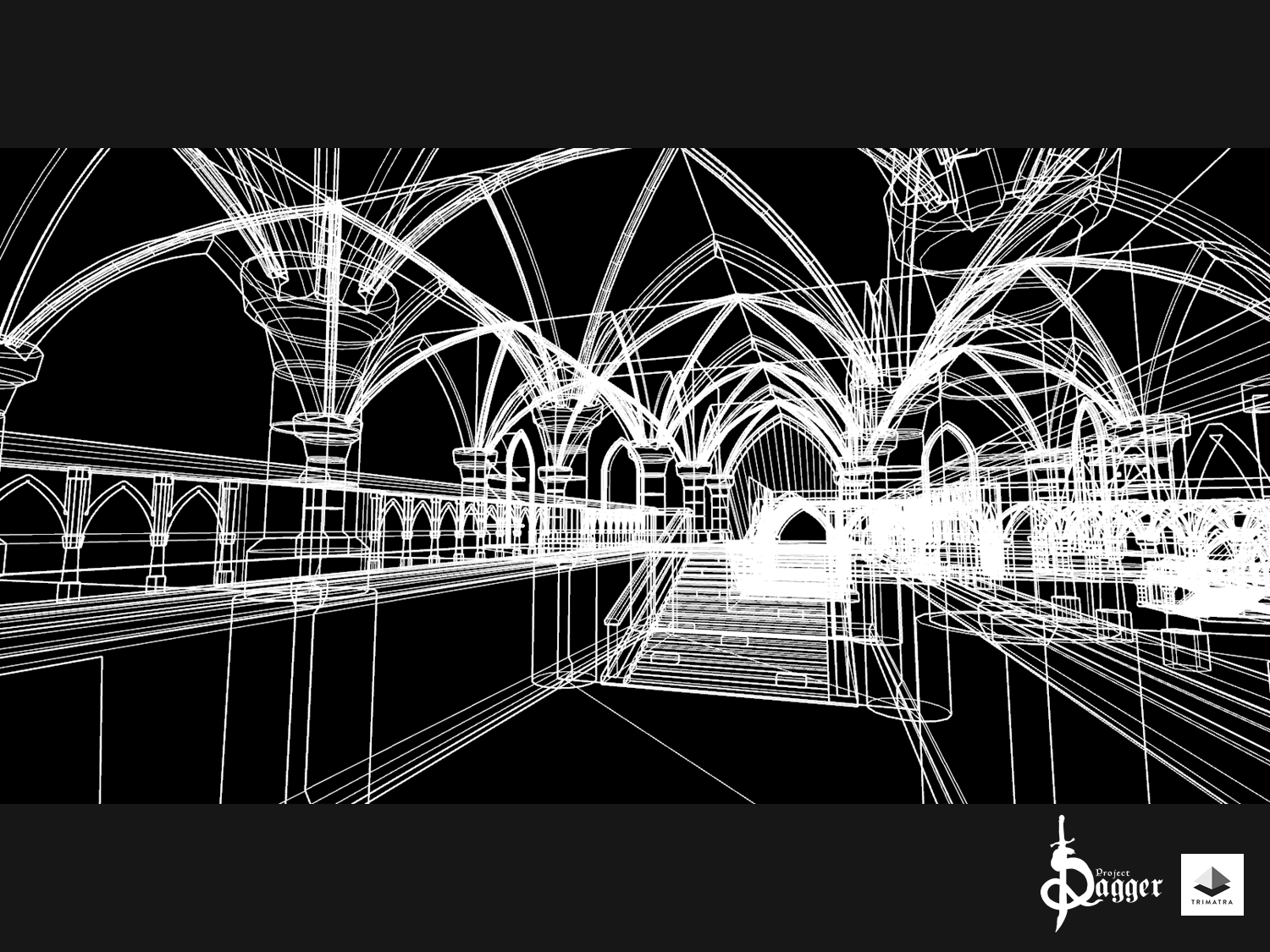 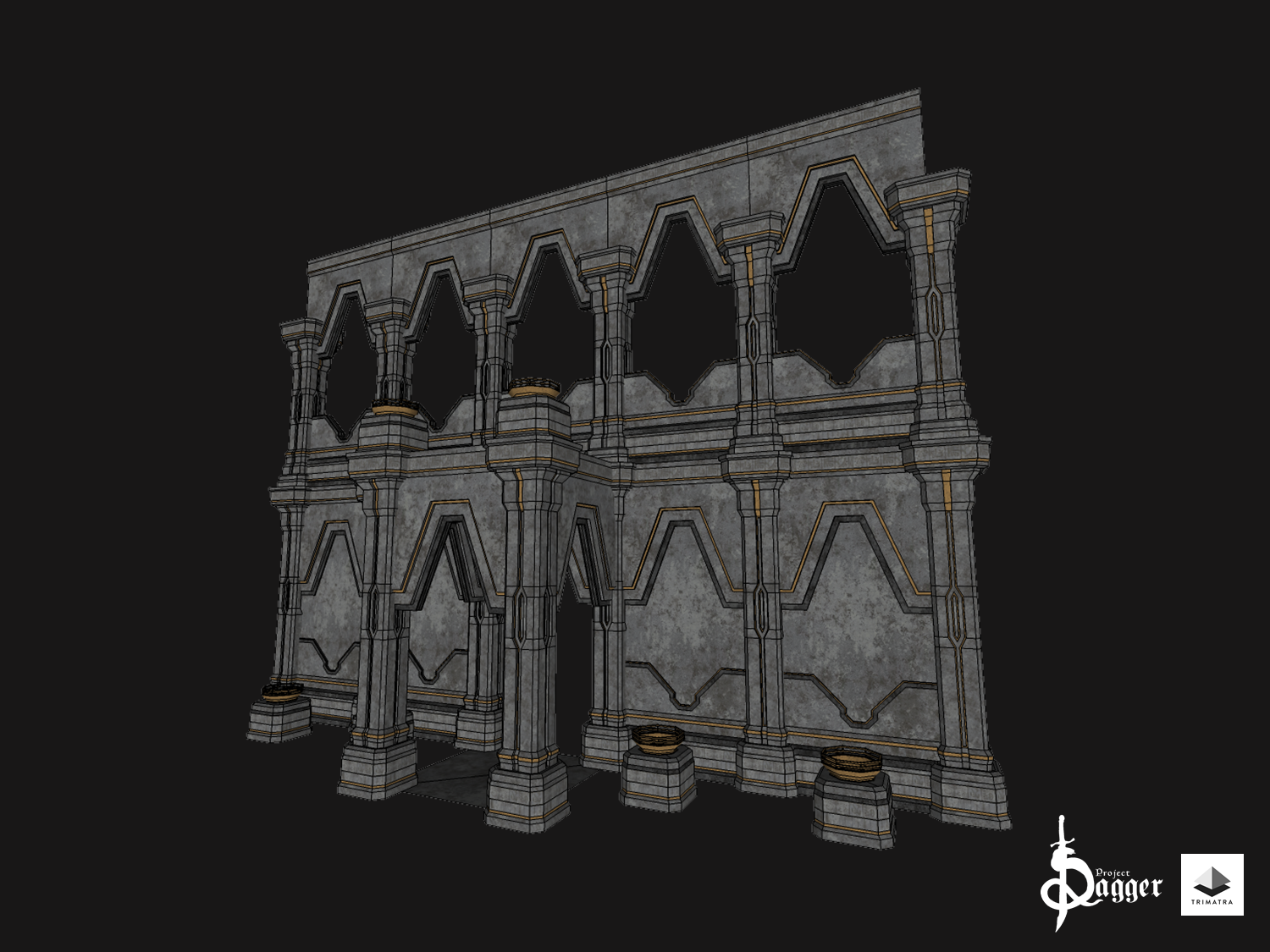 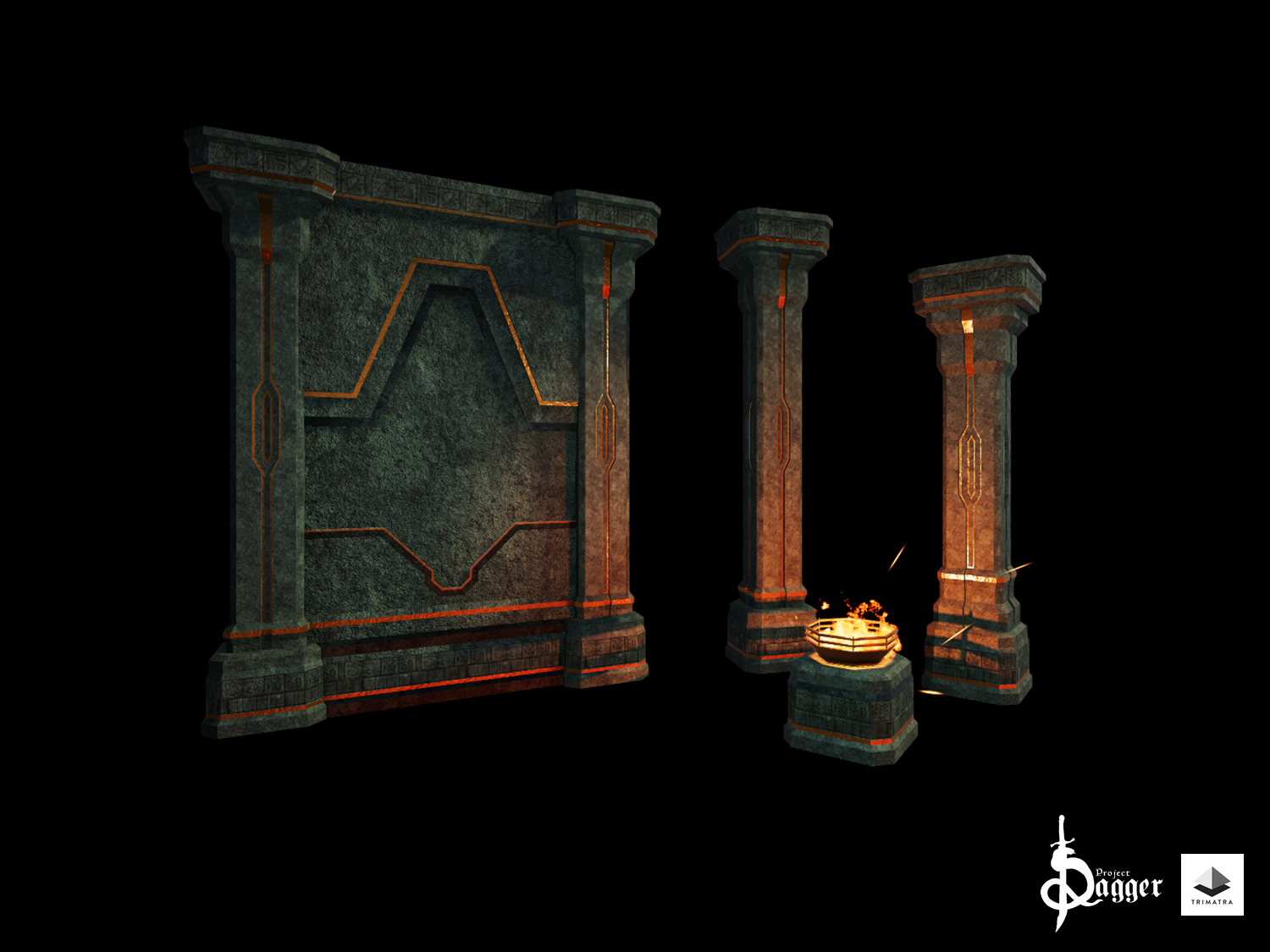 Our character modeler has currently begun working on some mobs and reoptimizing skeleton meshes, as well as fashioning variations. Skeletons will take a very important role because of the disease. Thus, it is important to develop variations to avoid over-repetition. 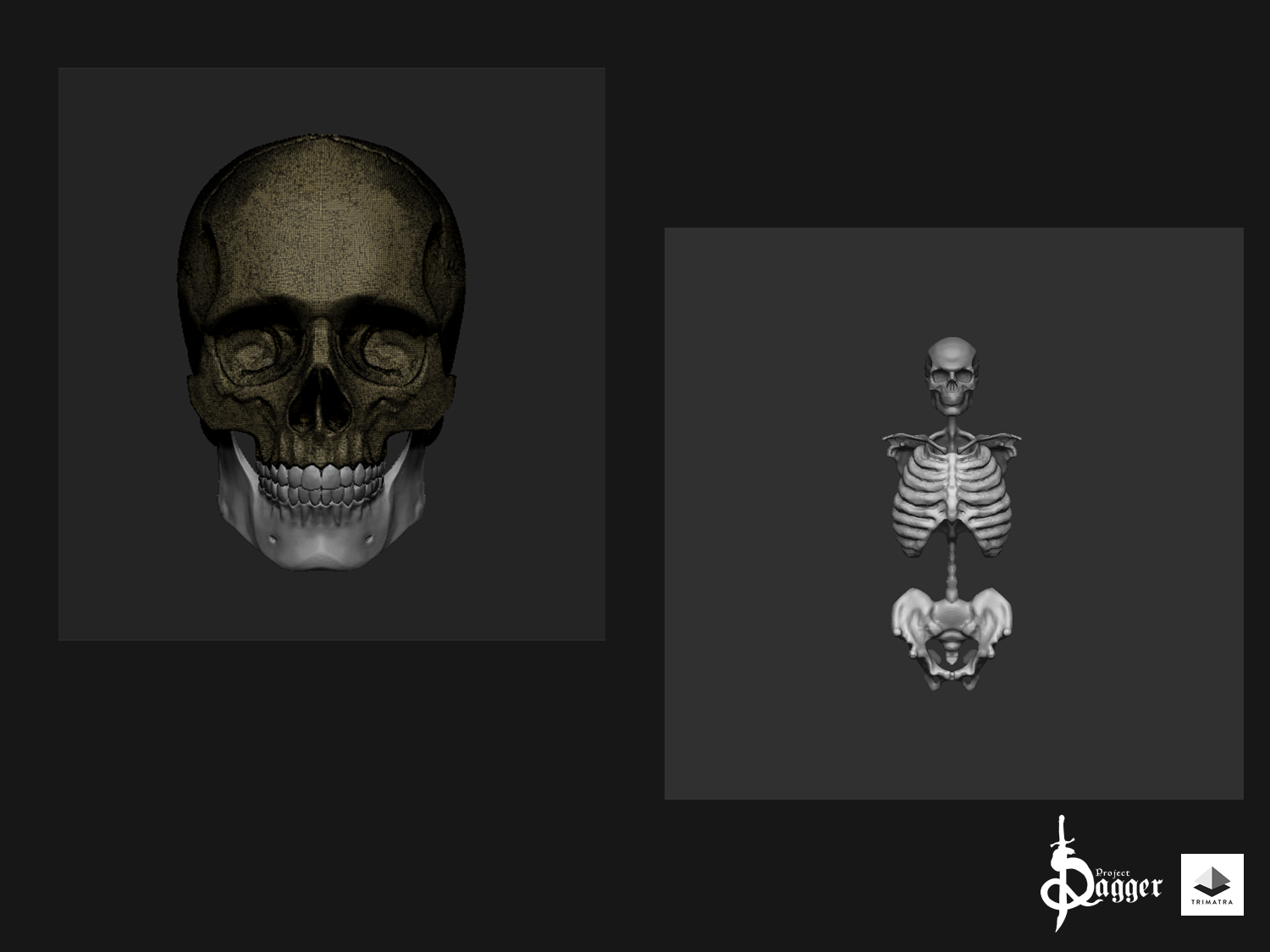 The basic programming has been completed. We are presently expecting an accepted programmer to join the team and start operating. However there still a lot to be done.

We are preparing to launch a public Discord sever soon as a platform to deliver exciting progress. It would also be used to create a community which the public would be able to join and participate in, see what's behind the development, and have a talk with the team to discuss about your ideas !

That is all for this Devlog, guys . Hope to see you again in two weeks, with more informations and updates, as well as an exciting announcement. Stay tuned !

This looks and sounds so good, but why only mobile/Switch? Why not PC too?

hi ! thanks for the question. We're planning to bring it to PC and Console too in future :)

Thank you for the reply :) I'll be adding this to tracked to keep an eye on it, good luck with the development!

i'd change the name to " the dagger " or something like that, "project dagger" seems too sci-fi related name . Just an opinion.

Hi ! Project Dagger is currently being our codename for the game. We will reveal the final name later this year including a reveal trailer ! so stay tuned :)