Your villagers now have traits that can help (or not) your village to survive! We've also reworked the “food / health / sleep” system to make it more intuitive.

Posted by goblinzstudio on May 1st, 2019

Your villagers now have traits that can help (or not) your village to survive! We’ve also reworked the “food / health / sleep” system to make it more intuitive. 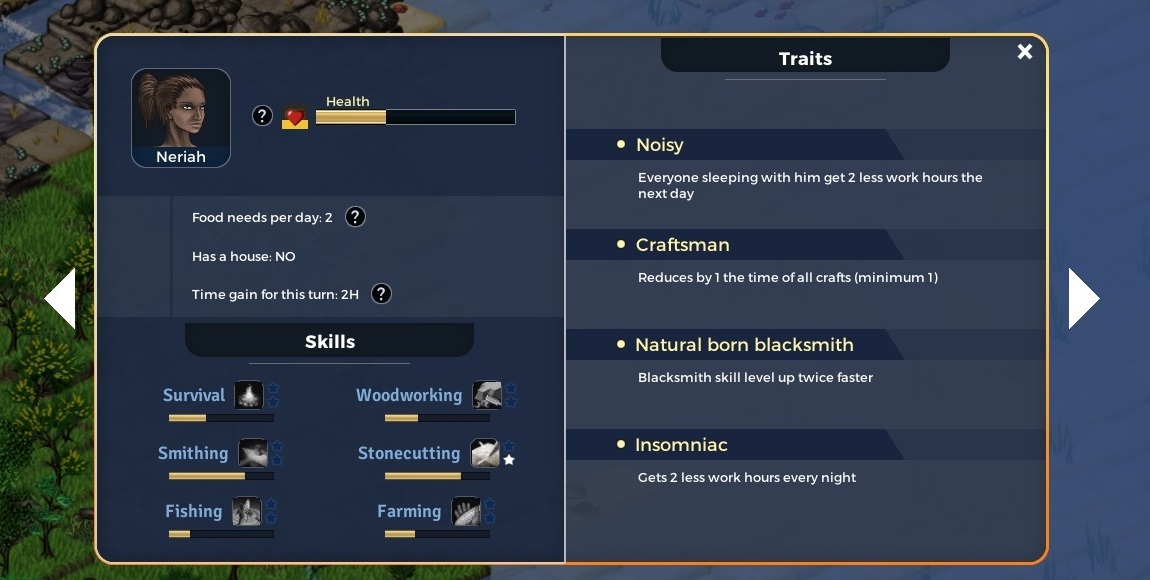 The journal window now explains why your characters lose health points and why they have more or less action time.

See all remaining time at a glance
We implemented a great suggestion from @Botaxalim on Discord, which was about displaying a time bar around character buttons. 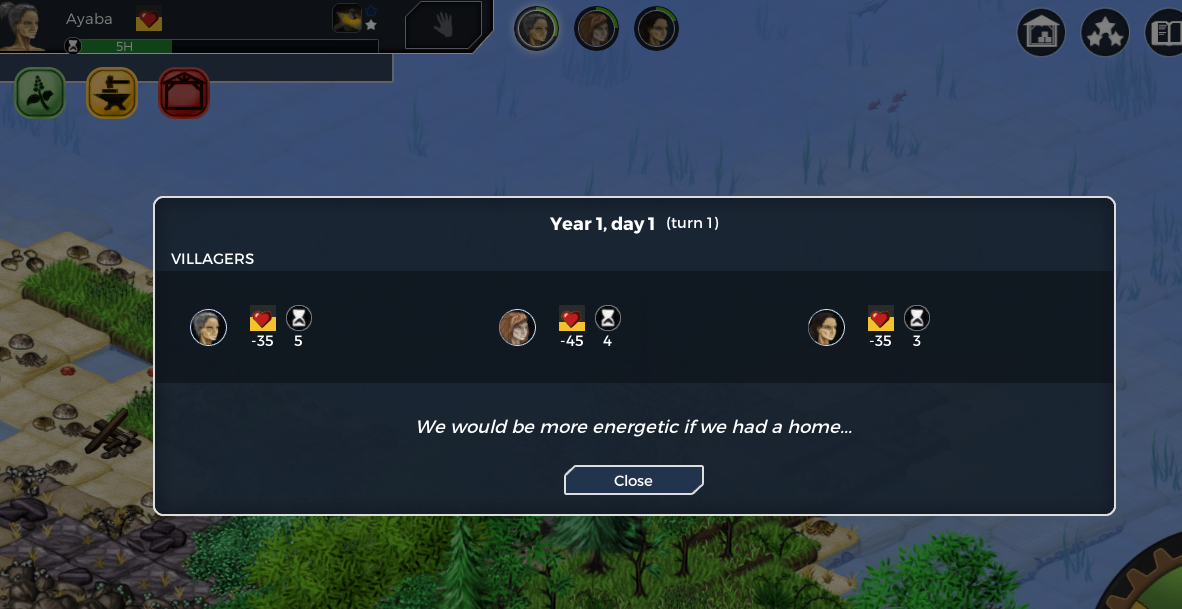 End of Turn Tips
You will now get tips to improve your game at the end of every turn. For instance, if you don’t build a home, the game will suggest you to. It’s a pretty simple system that can be improved so let us know if you have suggestions!

Better rivers
Rivers have been reworked so they always are long enough to build both the sawmill and the grain mill.

We’re already working on the next update, which will improve game progression. We feel like today, it’s a bit hard to get into it. We hope it will help new players understand the game, and older players get cool missions to do!

You’ll also be able to choose a new team of villagers to make your next game. This will allow you to have more choice in the difficulty setup as well.

We will communicate more about this, but Seeds of Resilience will probably be released in June, so stay tuned!