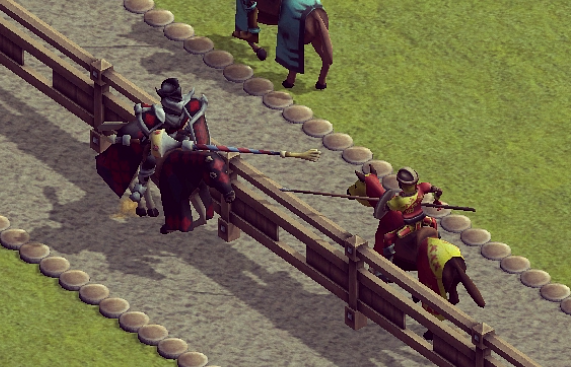 Yep, the Tourney closed beta has just begun on PC! At the moment the testers are the amazing kickstarter folk. But! There are a few limited public spots available! If you're interested, you can sign up here. (Don't forget to tick the "opt in to beta" checkbox!)

Since it went into alpha there have been a huge number of improvements. Some of the features that have landed since the alpha (other than completing development on the main campaign) are some fun thought listings, so you can see what your medieval visitors are thinking

The XP system was completely changed. Before the knight unlocked abilities through completing arbitrary and esoteric things (a bit like achievements). However it became clear that this did not work very well. Now knights get XP & levels in a more traditional sort of way: Event participation. I personally much prefer it.
A complete UI overhaul has also been done. Some of the graphics had been added years ago and whilst... servicable, certainly had a "dev art" feel to them. I think the newer menus are much nicer. Here you can see that and a level up in action: 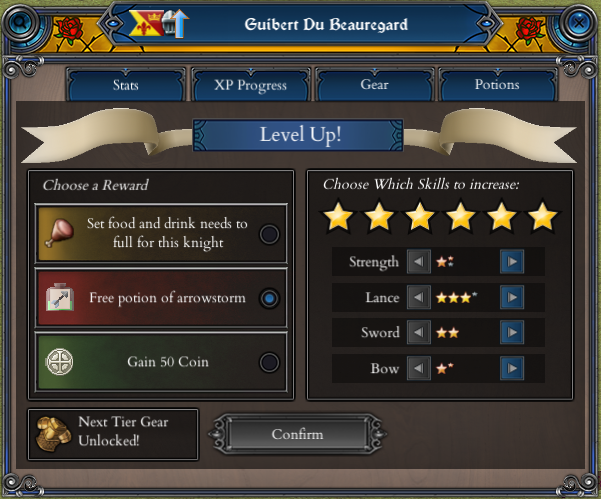 Well that is just a taster of what's been improved. I look forward to sharing the finished game with all of you! Creating the best possible experience for all aspiring tourney hosts is the most important thing for me, so getting it tested properly and as complete as possible is the priority right now.

I hope that has been of interest, and I look forward to sharing more. Unitl then - do follow on Twitter for other updates! 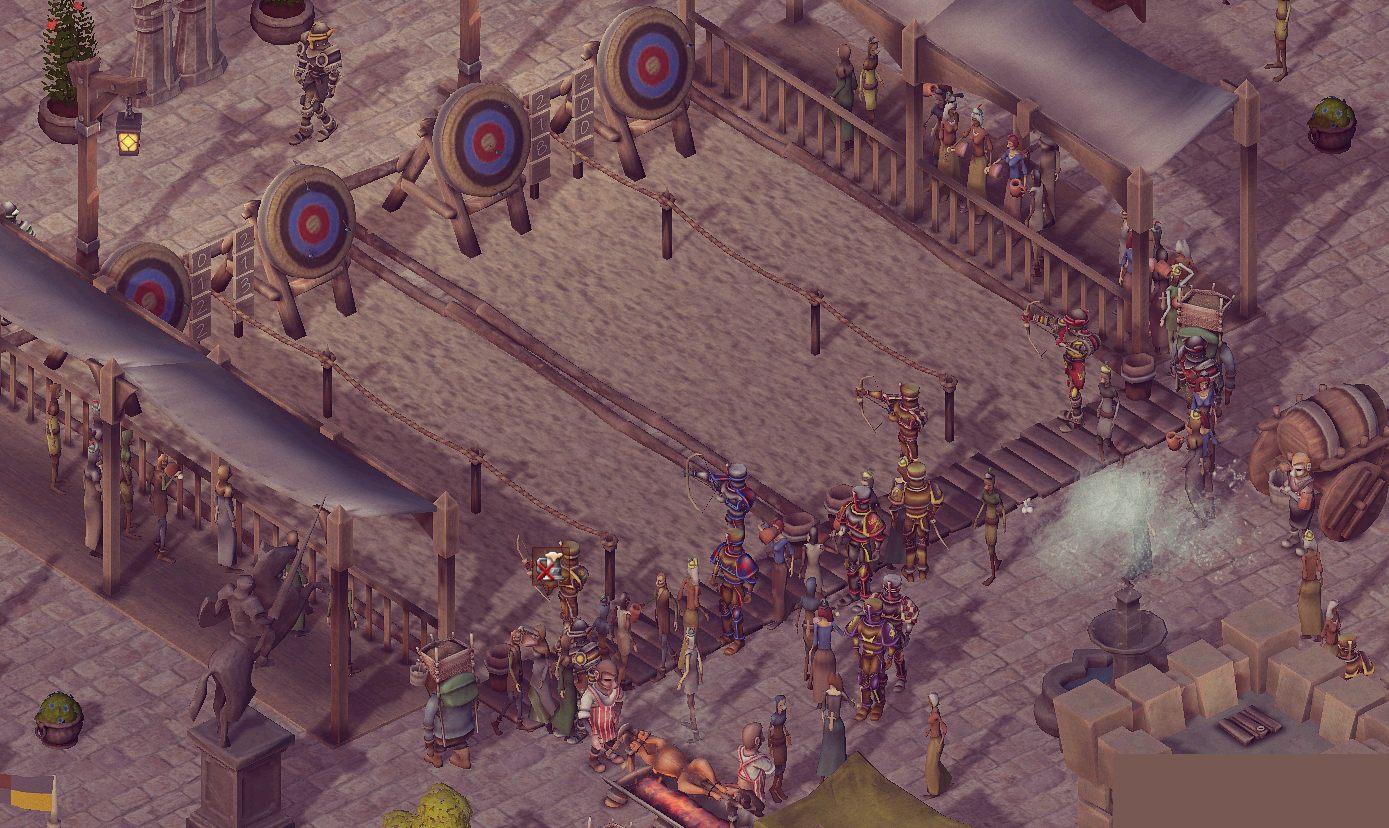