After a long absence we have some great news! An optimisation patch is coming! Fusion with the SNL development team! New partnership!

After a long absence we have some great news!

1. An optimisation patch is coming

We mainly spent the last few months to overcome the performance issues experienced by several players. To give you an idea, we believe we have at least doubled the number FPS.
The following points that were reviewed:
- Added a graphics options menu to facilitate the transition to full screen and change resolutions, these options will allow you to disable some effects such as post-process or programs animation. We also have added the ability to enable anti-aliasing, which was absent in the first version.
- Deleted all dynamic lights. While we needed to put some dynamic lighting to counter some technical problems, we were able to get the same rendering with static lighting, thereby obtaining a considerable gain on the performance of the SGC in general.
- Fixed models. Many with imperfections have been redesigned, and the UV lightmap that was omitted by a modeler has been made, further improving the quality and performances.
- Revised the programs display system. While the texture was previously the same in global view as in full screen view, it was reduced by half for the global view, reducing the consumption of graphics memory (and thus opening the game to a wider range of graphics cards). Double benefit, the program seems more smooth only drawback, it is reloaded when you go in full screen, reinitializing some animations.
Of course, you also will enjoy a few new surprises with this new version!

2. Fusion with the SNL development team

Great new, the Stargate No Limits team which we were already partners with for three years, has decided to merge with us to combine our forces more effectively! We now work together on the same sources of development. But don't worry, each project (FPS one hand and the other RPG) will still exist. However, this merge will allow us to restart on a sound basis by rewriting all the code and re-import all our assets in a new editor. Fortunately, as we now have two programmers, we expect it to take us two months to make this transition, and we assure you in advance that the result will meet your expectation!
SGN and SNL will also release a few updates of their current versions in parallel...

A new partnership was formed with an American studio that wants to see our project be finished. In addition of technical assistance and the internationalization they bring to the project, major changes on the future of our games can be predicted. However, they will remain confidential until we are able to reveal them. See you next year to maybe learn more about it...

I leave you with an overview of the new menu that is in itself a pretty small simulator ;-) 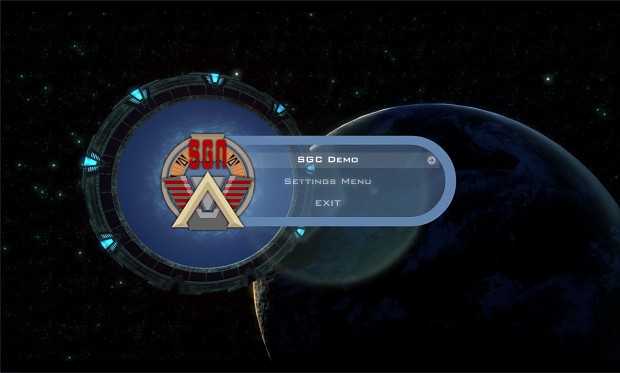 when can we expect the update?