Post news RSS The Future of Cogmind: Above and Beyond

Cogmind has been in active full-time development for nearly six years. Where to from here?

About a year ago I put out an announcement dubbed "The Future of Cogmind," and seeing as another year of updates has gone by, plus there's a new development transition afoot, it's about time for another status announcement on this! (There was also a recent question about the duration of Early Access in the Steam discussion boards, though note that I do keep the EA info on the store page up to date.)

The good news is that even though the main content has been complete since 2017, and lots of free expansions have been added since, there are still plenty more to come. The bad news is I've got a lot of health issues (over 100 doctor visits last year alone xD), including a hearing problem which is still preventing me from finishing up the last bit of audio required for 1.0.

But postponing 1.0 isn't really too big a deal since I'm happy to continue providing new features and content, anyway. What is a big deal is that even though they'd be able to easily pay for themselves, I have no plans to release any updates as DLC--free updates only, but since sales revenue naturally falls over time (plus Steam and taxes take half the revenue :/), at some point there needs to be a way to pay for the work.

Don't worry, there is no immediate danger of discontinuing updates, and yes, 1.0 will certainly happen one day. Not quite this year, mind you, but one day ;)

As is I'm still working on Cogmind full time, halfway through the sixth year now, and I've decided to try something new to see how it works out in terms of enabling more updates in the long term. Large-scope roguelikes can continue development for quite a while, especially with such an active player base behind them, so it's always good to be ready for that long term :D

More specifically, the recent Beta 8 has been a lot of fun, and I'd like to do more of that in the future. 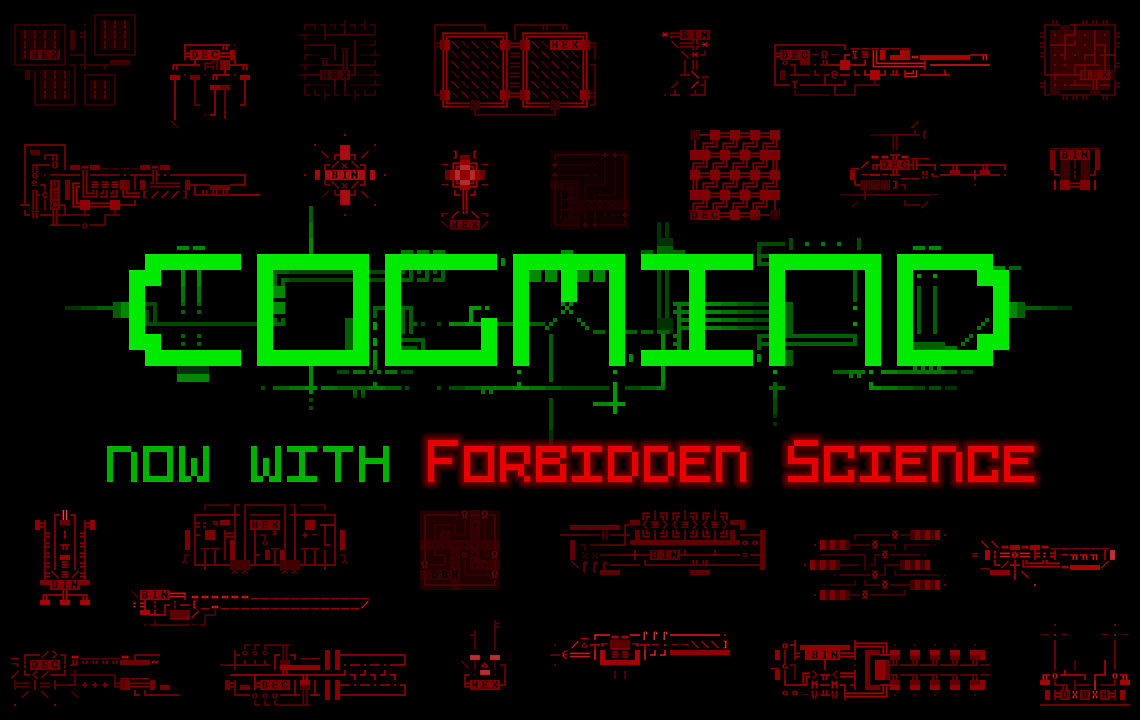 I've got plans for the Merchants Guild, more factions, the Unchained, many new maps, new game modes, intrinsics... basically a ton of stuff that I could work on for years.

So on that note I've started a Patreon:

It's completely optional--everyone still eventually gets the new Betas which will be released to Steam and the DRM-free system as per normal. It's also technically not purely for Cogmind--I do a bunch of roguelike-related stuff and it's really just to support me in everything, although as you can see on the page it clearly involves Cogmind-specific interaction and benefits :P (I mean, this is by far what I spend most of my time on so this makes sense!)

After talking about it with frequent players and taking suggestions, this seems like a suitable route to explore in order to maintain a healthy future for the game. The good thing is it's flexible--more support equals more extra stuff, period :)

Along with this new facet of development, there will be some other changes as well, including:

Thanks to all you players who've joined with me on this adventure so far! I'm looking forward to the years to come :D

In near-term version news, I've planned out most of the details for Beta 9, but am not working on that just yet because before that we're going to get a Beta 8.1 with some adjustments and a bit of... new stuff :D

In other recent happenings, Gamasutra featured my level design article on their front page this week. 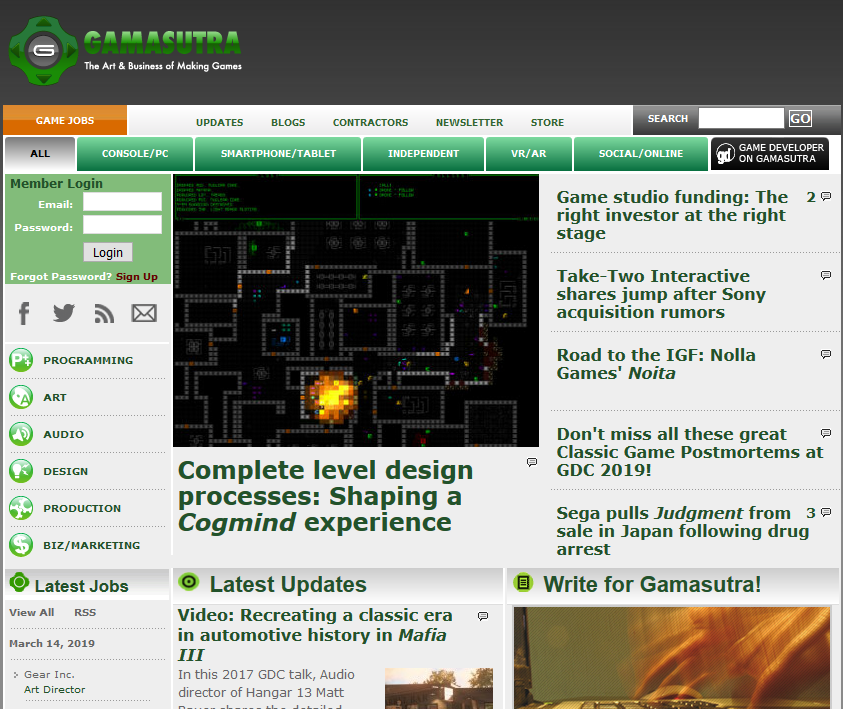 I also saw this image floating around Twitter a lot and decided to make my own roguelikedev-related meme ;) 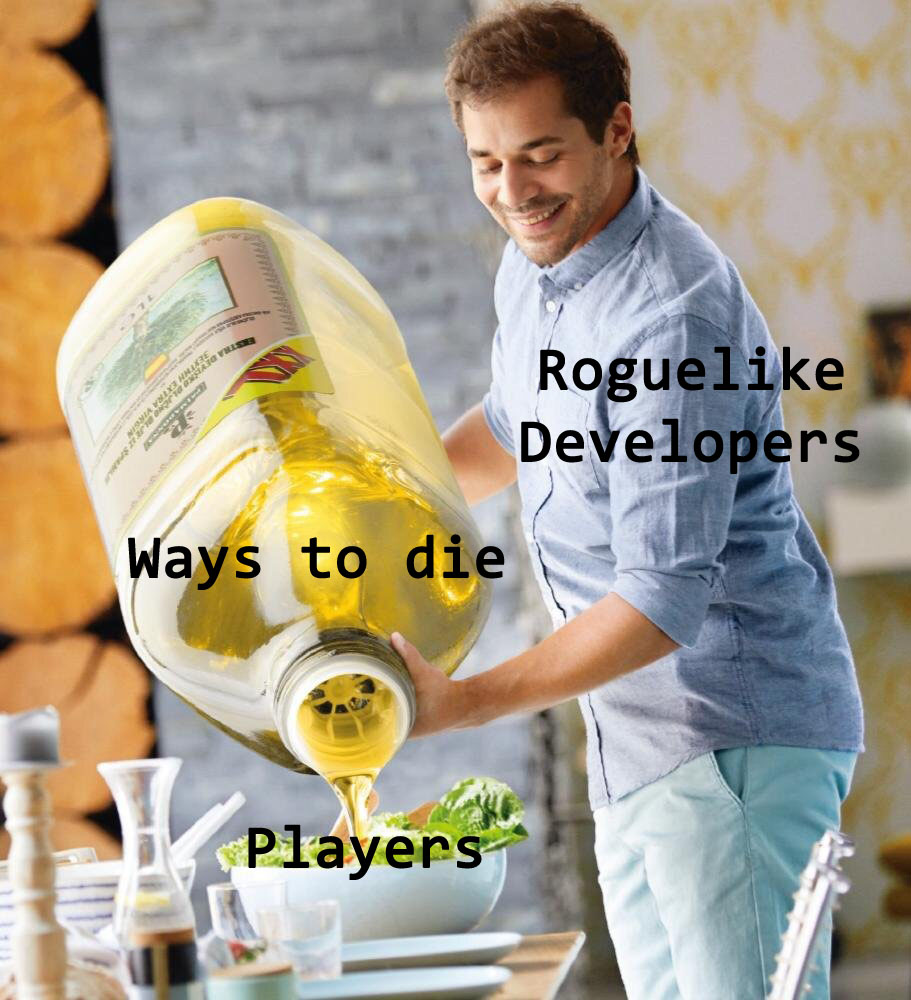 This week I streamed an NG++ run of the Cogmind-like POLYBOT-7:

Back to the Patreon thing, note that higher tier patrons can get their name in the game, a feature I also added this week (showing test data here):

The name list didn't quite work when I first tried to implement it, but this does looks really cool :P

Patrons are currently also testing out a new prerelease build that includes a revamped turn time system. If you're really into Cogmind and my other roguelike work, consider joining!

You've done so much good work and I think it's safe to say none of us mind waiting a bit longer if it means making it more comfortable for you.

Either way, looking forward to more! :)

I don't see anything really slowing down more than the little bit it already has over the past year, it's mainly that I can't work on the remaining audio yet so will be advancing the game in other optional areas instead, partially guided by patrons letting me know what kinds of features they'd prefer from among the many ideas I've still got floating around.