Do you feel you’re missing out on all the authentic futuristic Old West robot shooting action? Then look no further!

The Copper Canyon Shoot-Out is a frantic, fast paced VR shooter set in a Wild West themed world overrun by robots. You find yourself outnumbered and outgunned against an invasion of corrupted enforcement machines. You must fight your way through the Copper Canyon to rid it of this evil robot horde! 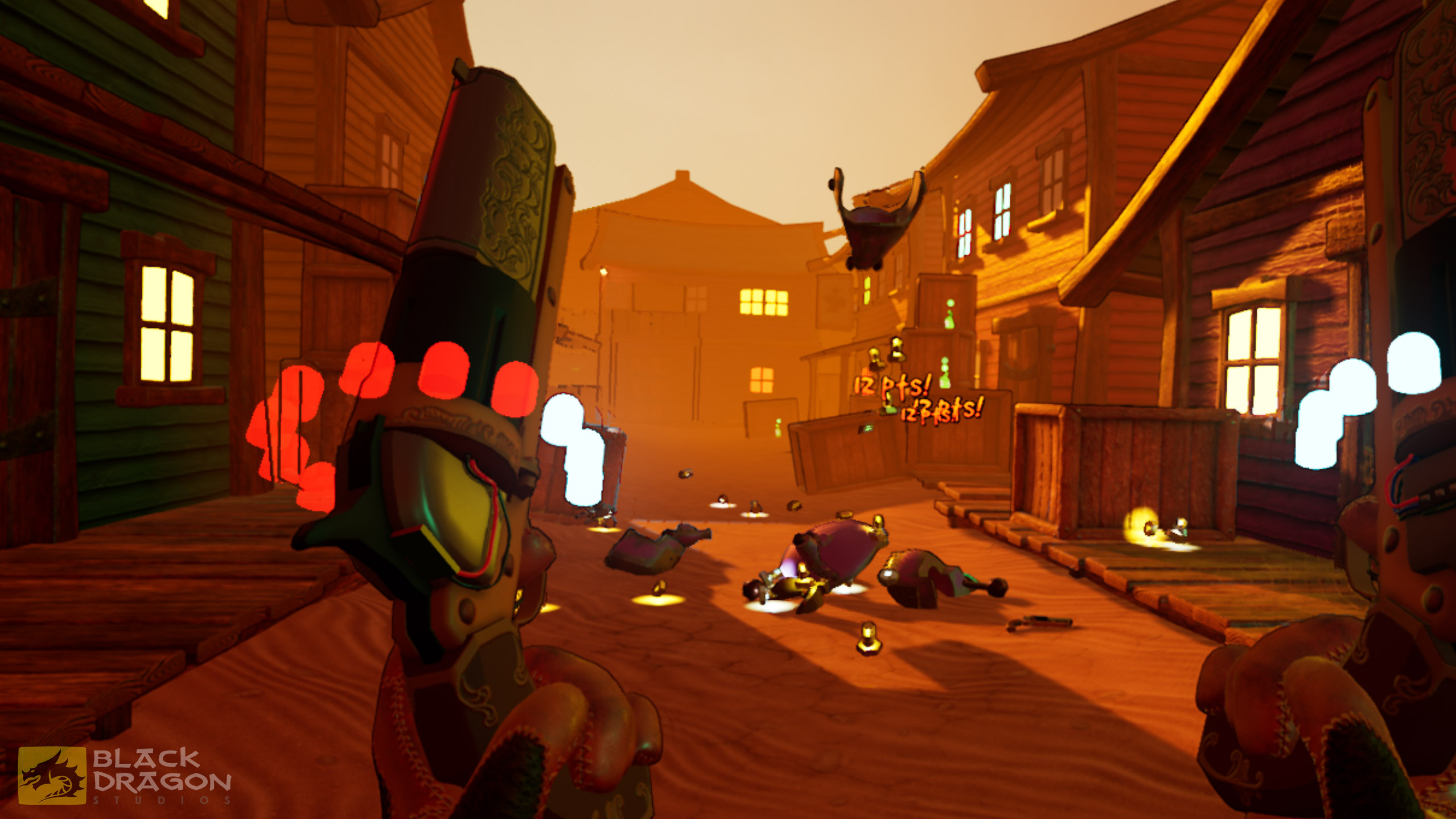 The Copper Canyon Shoot-Out has been developed by Black Dragon Studios in Unreal Engine 4 for VR. 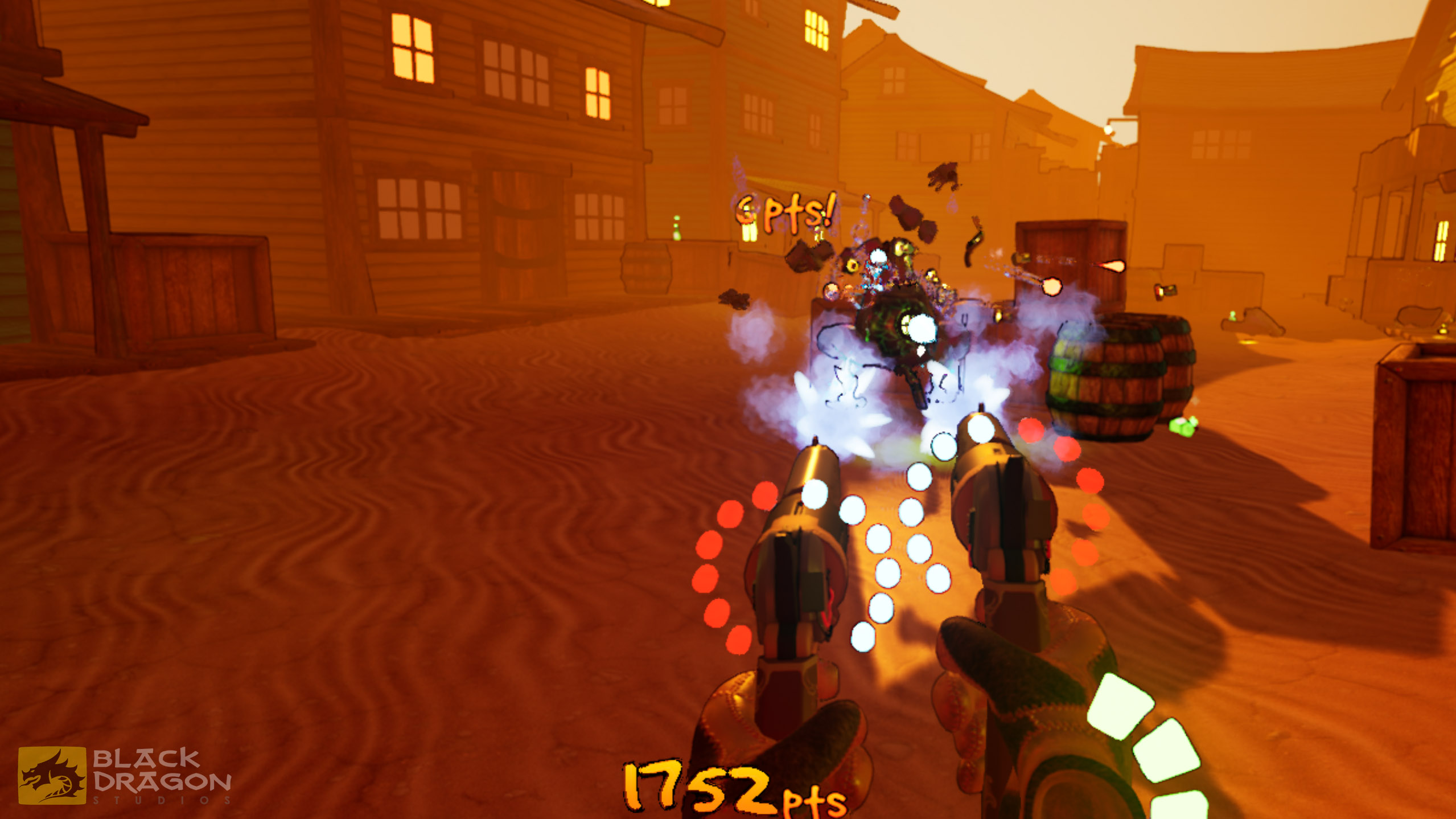 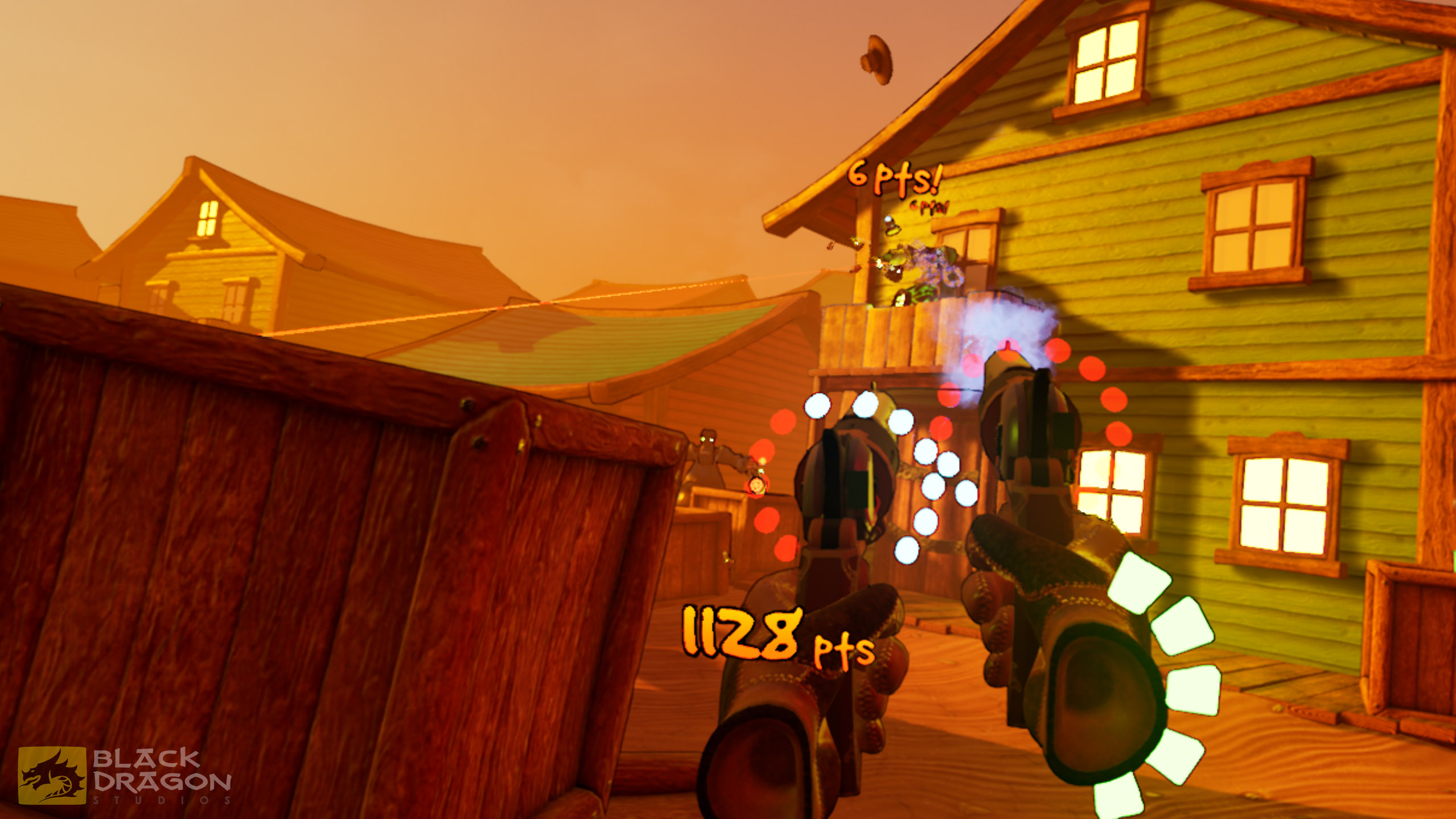 Coming soon to a saloon near you… reach for the skies!

(Release platforms and stores to be announced soon!)