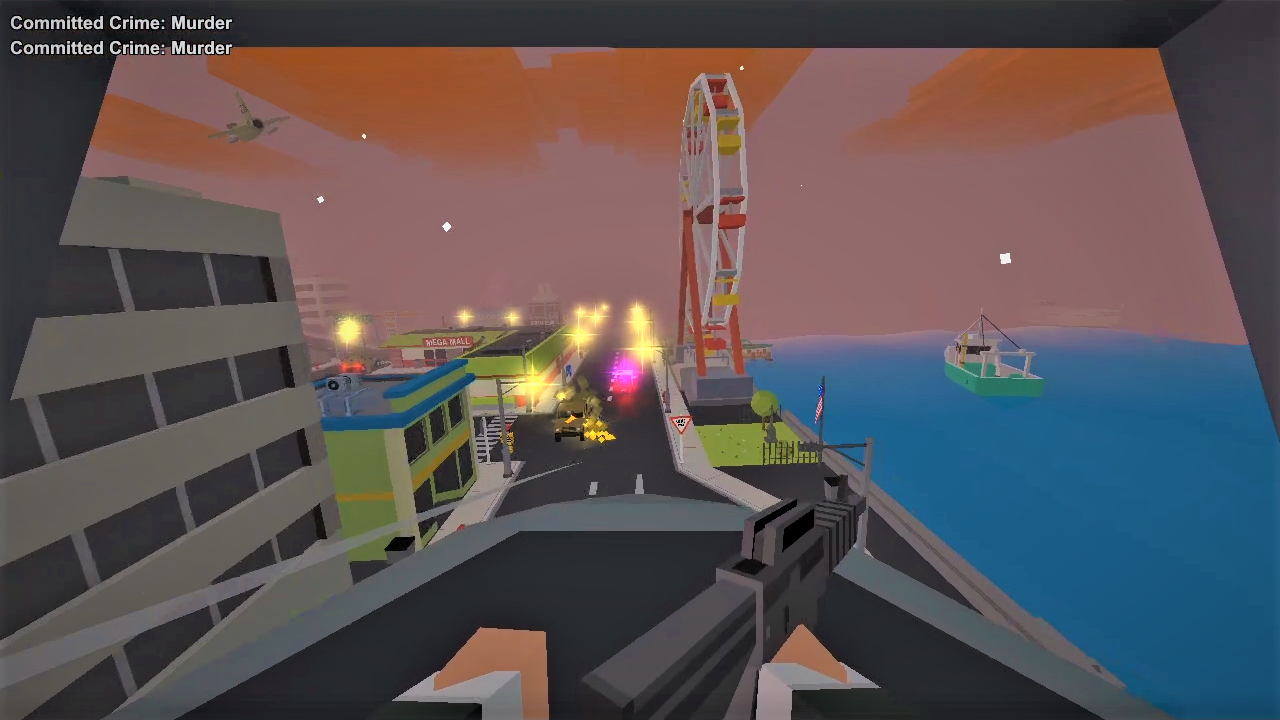 Another huge overhaul is coming out today on Steam and Android where AI is the main focus – but tons of other stuff added too. Command new vehicles in both sea and air where AI are finally worthy foes. Careful though, their land tactics have been updated too. I’ll give a quick rundown of all the cool changes coming in this version. 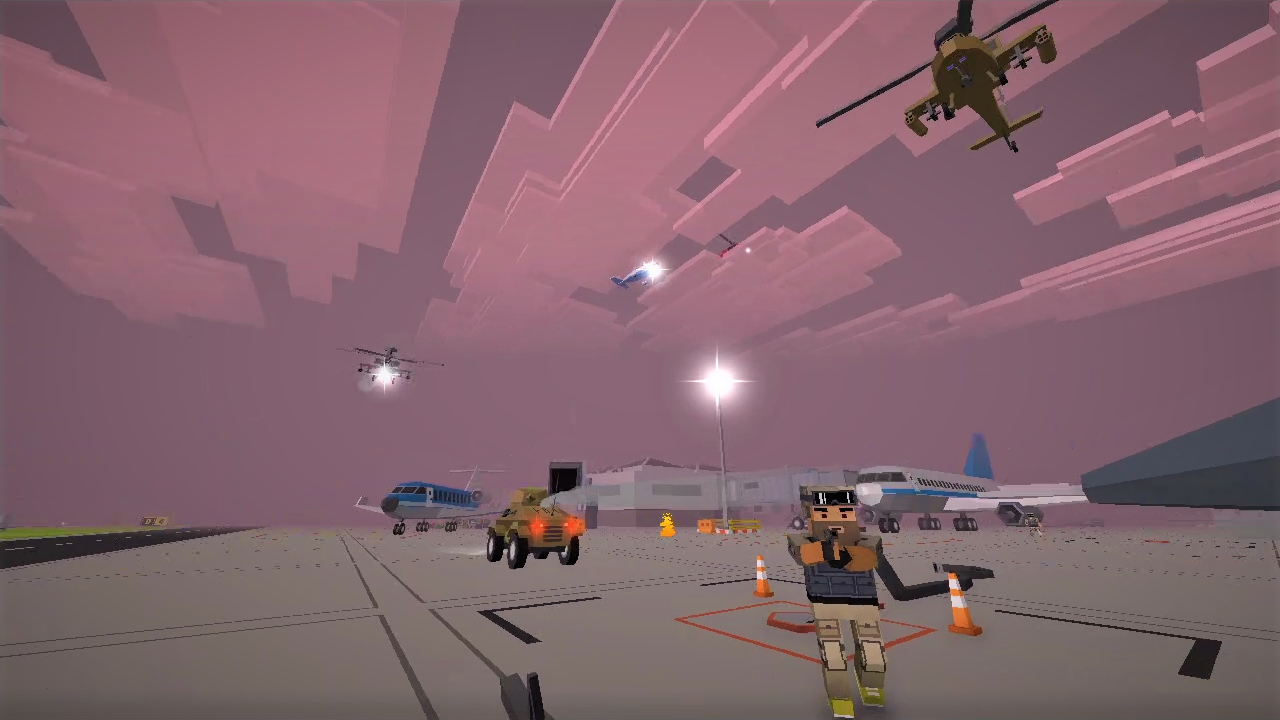 NPCs are no longer target practice for the hardened criminal. They coordinate movement, take cover, use smokes, and can fight in tight apartments or wide open airfields. They pose a substantial threat but you also have some backup. Players can recruit a follower from the streets of BP. Your loyal follower will defend you and attack your targets. More control over followers will come in future updates but for now you can finally have a competent NPC covering you. 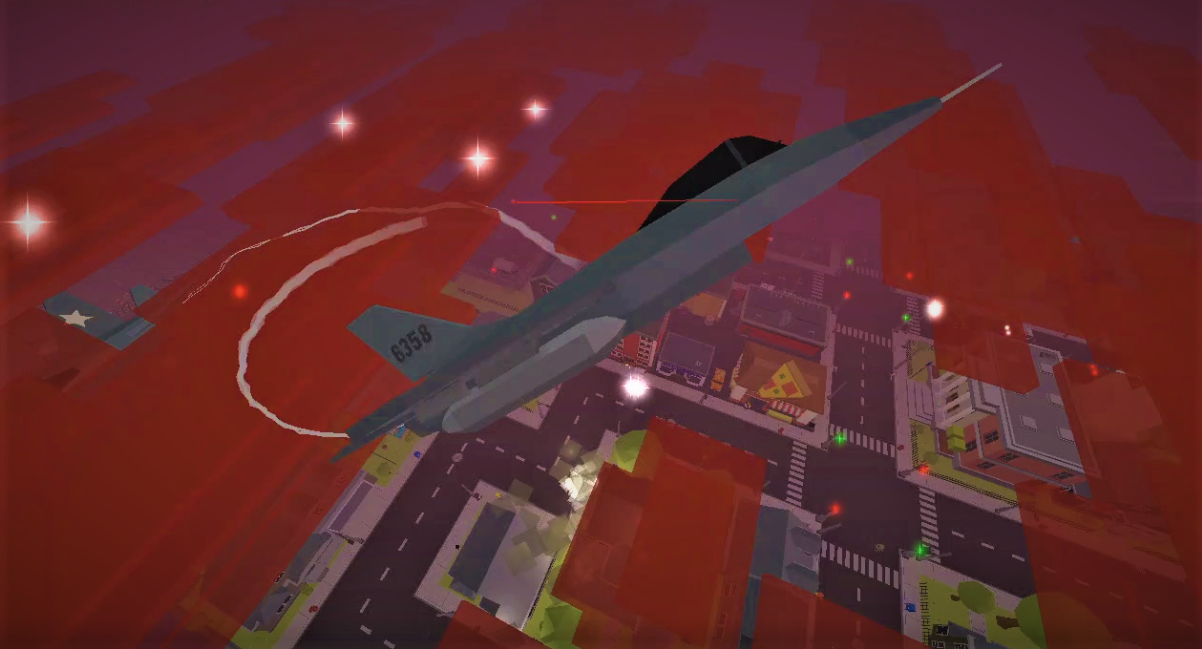 Aircraft up to now were limited to crude transports – for both technical and gameplay reasons. Now with longer render distances and improved mounted weapons, combat jets are finally here. Enter the F-16 – in 2 variants. For a cool $10K at the military base, it’s yours – just hope you have a hangar you can save it in. 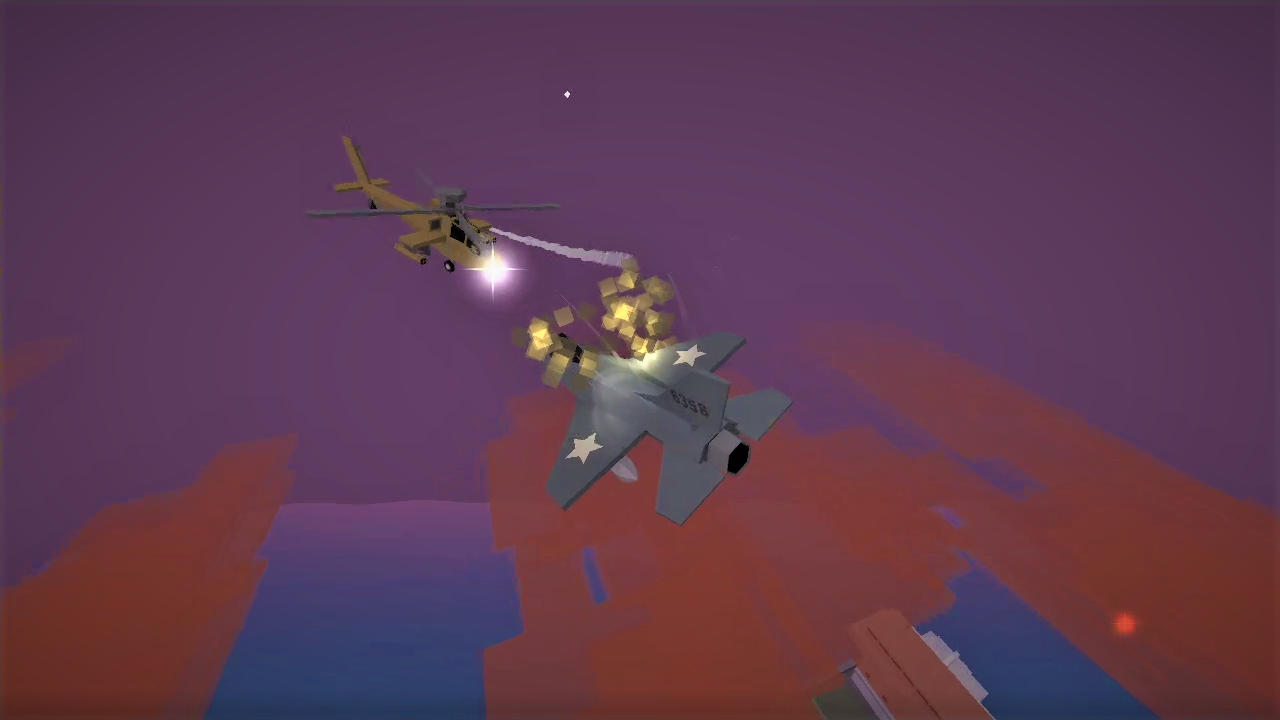 What good would jets be without air combat? AI have new capabilities with aircraft in both Air-to-Air and ground attack roles. Dogfight agile F-16s or evade prowling Apaches. Even if you manage to shoot one down, the pilot could survive and hunt you down on foot. Homing missiles and countermeasures will likely be added too but for now, cannons and rockets are a fun challenge. 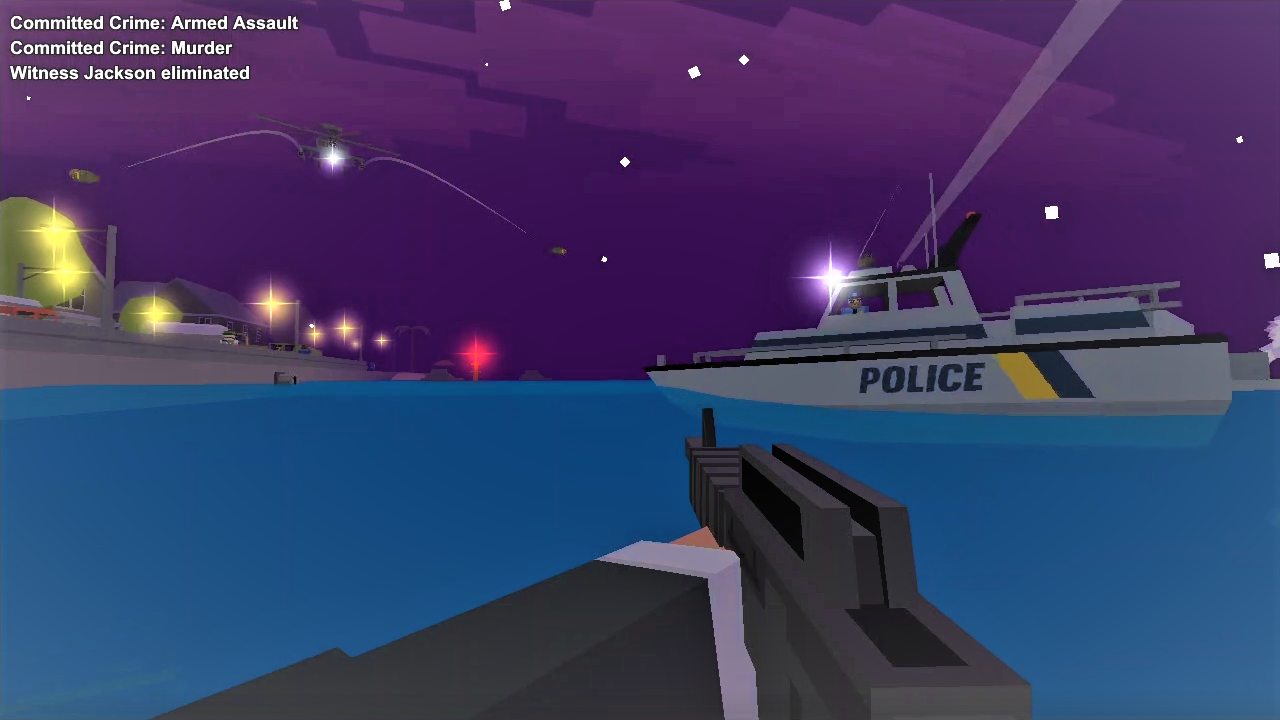 Until now, the open sea has been a safe haven for wanted criminals. With the addition of armed Police Boats, escapes to international waters have been made more challenging. Boat physics have been made more stable – a far less nausea-inducing experience for players in the Coast Guard. A free Police Boat as well as a seaside repair/rearm zone has been added to the portside industrial area. 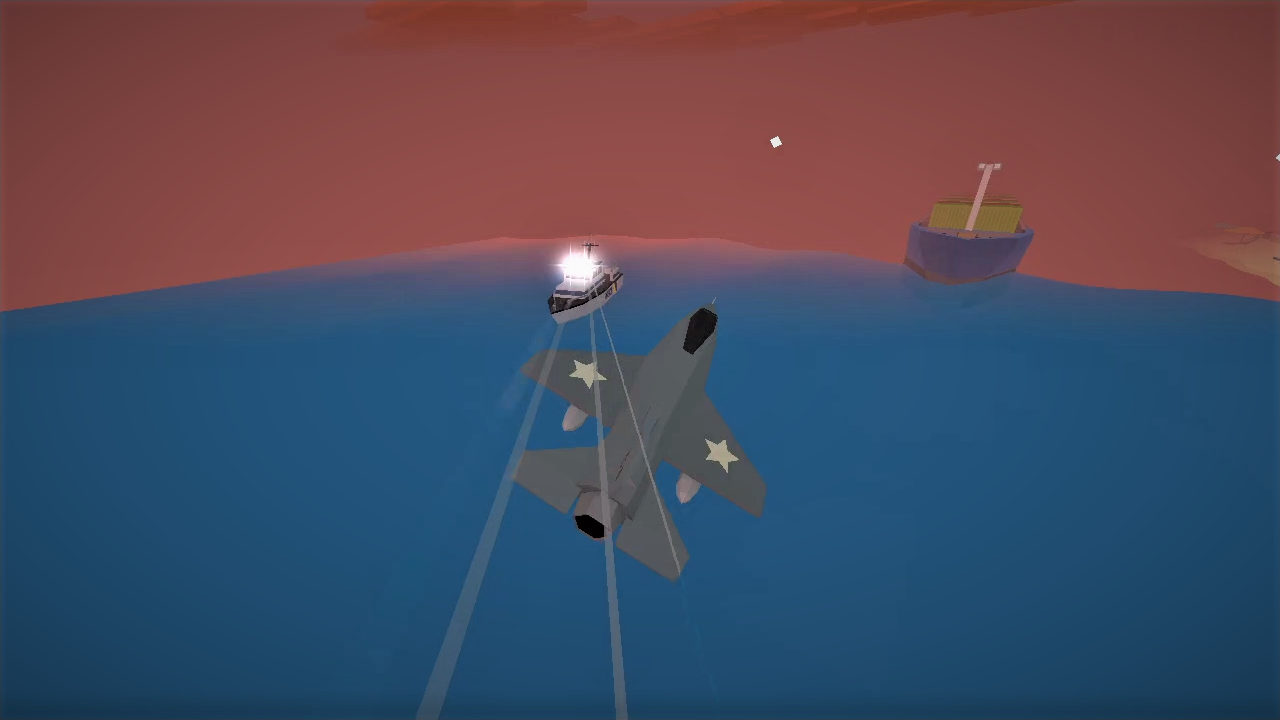 Other changes included boosted gun accuracy, mobile aim and button fixes, and more server modding options with menus and player display names. AI can aim projectiles properly over a distance – used for leading targets with grenades, rockets, or bullets. Get the new update today on both Steam and Google Play and keep your head low.

hey bro, what your engine if you working?

this game seems to be very promising, I see that you are working hard. keep working bro, i will follow your progress

while it look cool to have combat jets, you should remember that these things fly way to fast to small cities like these xD