Hello, everyone! Here's what we've been up to for the last two weeks -

• First off, incandescence! Now, you can hold your weapon over a fire for a certain amount of time and it will eventually glow with heat. Not only does it look aesthetically pleasing, it will add fire damage to your subsequent attacks. Of course there's a downside, weapons will degrade faster when landing hits while the effect is active. 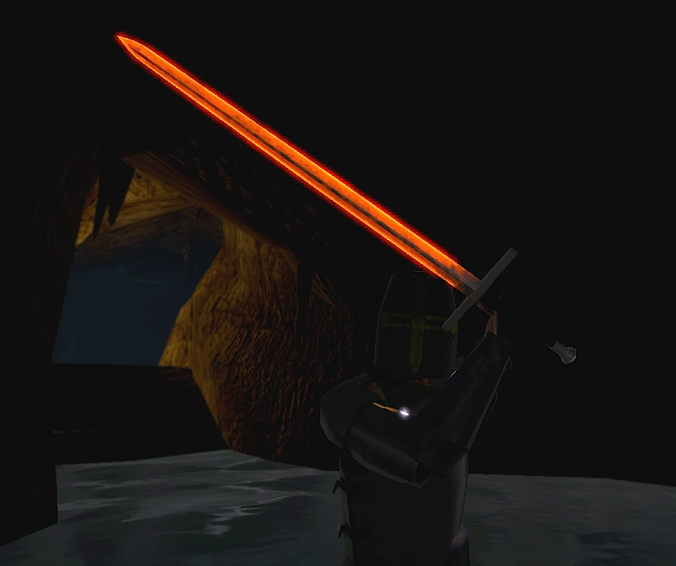 The game now has an Arms skill group which governs the use of specific weapon types. As a player uses a weapon, not only will the skill corresponding with that specific weapon increase, but the surrounding weapon types will increase as well – just slower.

In the image below, you’ll see a player’s Arms skill group while armed with a longsword. The longsword skill (highlighted in blue) will grow the quickest, the skills located directly vertical or horizontal (yellow) will grow a bit slower, and the diagonals (pink) will grow the slowest. The Experience Points (XP) will also be divvied up based on the amount of surrounding skills. For example, the mace will not distribute as much to the surrounding skills since there are more (it’s dead center), as opposed to the longsword.

(NOTE: this is not the final layout and does not contain all weapon types yet.) 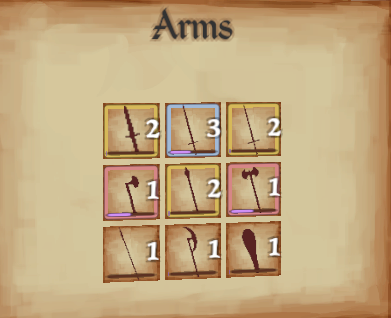 • Within these last two weeks, we have realized the complexity of setting up controller support for varying controllers on multiple platforms. Looking at the UnifyCommunity Unity3D wiki, we discovered that not only does the button mappings for different types of controllers vary, but the same controller also has different mappings on each platform (Mac, PC, Linux) as well. As a result, we started looking for options to potentially save some time. After browsing the Unity Asset Store, we found an inexpensive plugin that addressed these issues: InControl. We are quite happy with it and have made leaps and bounds towards getting our controller support where we'd like it. We'd recommend it to anyone working towards full-controller support in Unity.

• (Optimization) Area Manager: Setup a preliminary system for enabling/disabling certain components based on pre-defined areas that a local player is currently in. This goes beyond just selective culling of renderers and can be setup to toggle certain script logic as well. This system is now being used in the Grand Arena, and has made a noticeable improvement to the framerate, especially with 4 local players.

• We have also started working on revamping the characters. One noticeable improvement already is hands with actual fingers! (See Peekaboo) We will disclose more as we progress.

• Last but not least, we've made a goofy video showcasing incandescent weapons. Check it out!

Nice! Keep up the good work

Thanks, we appreciate it!