Hello all! For the past two weeks-

• We’re starting a new area, The Town! This is the first building of the area. The building includes: a trapdoor, fireplace, and a garderobe. 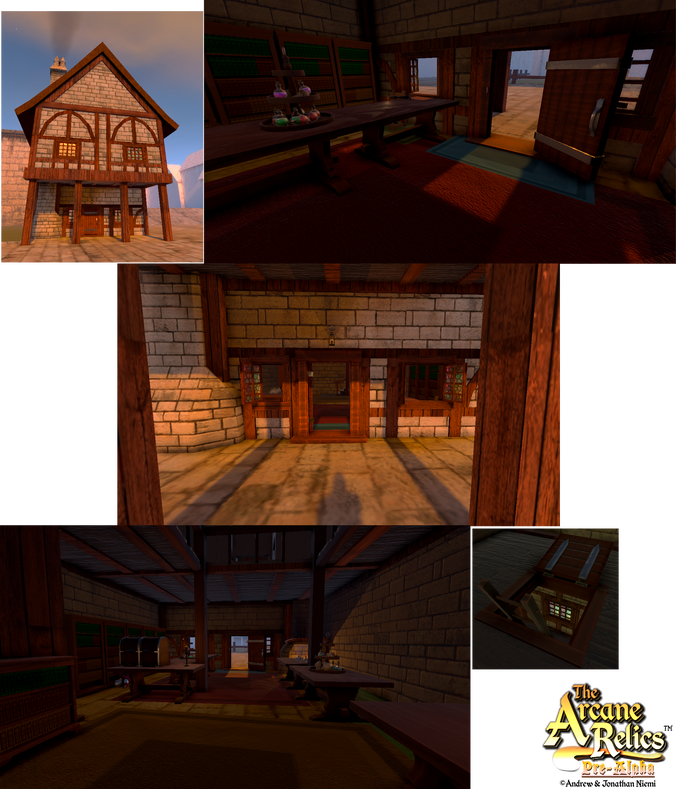 • Improvements to the User Selection Menu: displaying gender, hair, and dominant-hand (left/right). Still very much a WIP, but better. :) 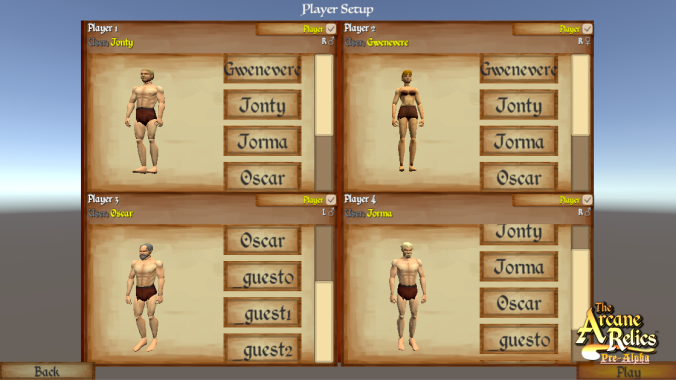 -Hair color can now be selected when creating your character. NPCs receive random hair colors too.

-Female characters now have hands with fingers just like males.

• Clouds now change color and value with time of day. Previously, clouds would mysteriously glow bright at night, even without moonlight.

• Horse now rotates towards the surface normal it is standing on. This makes a much more realistic feel when traveling on hills, but this system still needs work. Some type of clamping will need to be implemented as very steep slopes cause some funny rotations. 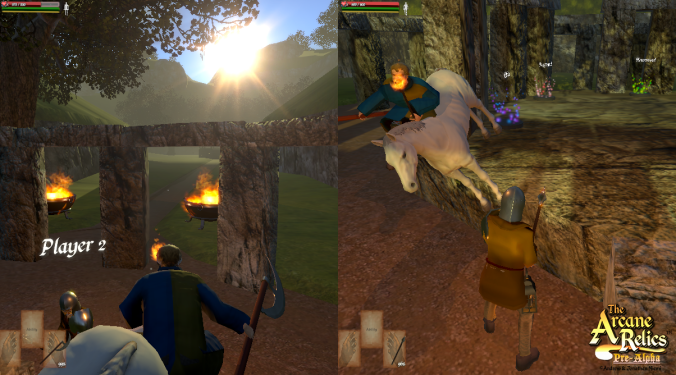 And the horse rotating incorrectly…

- Quickslot display now retains its aspect ratio in split screen play, unlike the screenshot above.

- Set up selected buttons to be more noticeable with animation (throbbing and tinting). Especially useful when using a controller.

- Additionally, added a more subtle click sound on buttons when navigating, moving to a new selection.

• Rain! Rain now randomly occurs during play. It still needs a bit of work, occurs way too frequently, but is functional. And it works for all 4 players, by utilizing Unity’s GL API.

- Fixed animation bug when sitting in a chair while crouching.

- Setup a minimum delay before next sound for danger triggers (eg. fire) so the burn/steam sounds aren’t so overpowering.

- Darkened background of added effect meters to beef up the contrast. Makes visible time left much easier to see.

- Fixed issue with certain NPC’s look directions. Their look vector would accidentally be set to zero and as a result, their ability to change look direction would be lost.

- Grand Arena cell and cage doors are now operable again. They are now prefabs like they should’ve been before.

- Constant particles will no longer continuously emit when the game is paused.

- And last but not least, battled with our SVN setup. It works much better now.

Gets better and better!